The Principles Of Photography 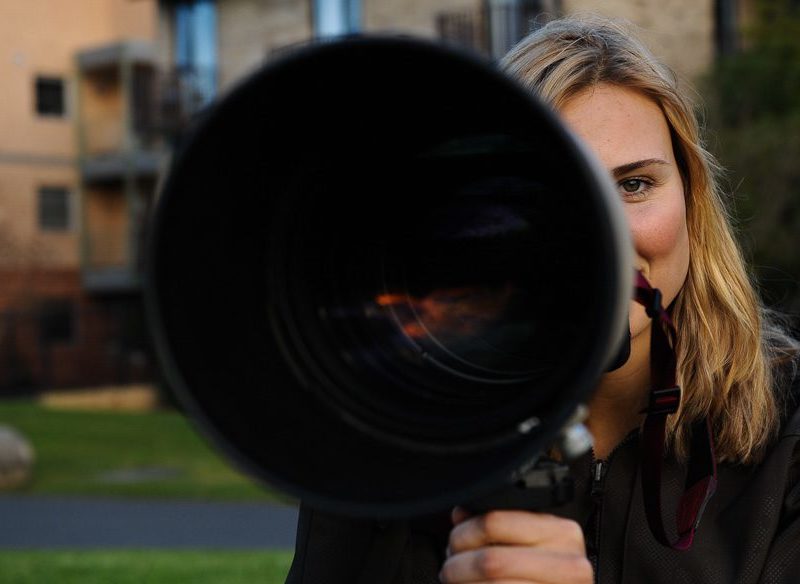 How photography works. Understand this and your photos will get better.

Light
Forget anything anyone says. Photography is all about light. When we take a photo – regardless of what sort of camera we are using, the camera decides it needs a certain amount of light. For the purposes of this description we will call this amount of light a “bucket”. Everything from here on will relate back to that bucket.

If you are filling a bucket with water (or light for that matter) you have two options. You can use a really big hose for a short amount of time or a much smaller hose for a longer time. It’s just the same with photography. The size of your hose is your “Aperture” or what is also called your “f Stop”. For very complex and not really relevant reasons, the smaller f/stop or aperture number the bigger the hose. And vice versa. A really big f/stop number means a really small hose.

So we now have decided on the size of hose we want to use. What we now need to do is determine is how long we need the hose to run. This is your shutter speed. A small f stop (big hose) will need a fast shutter speed. And a small hose (high f/stop or aperture) will require a longer shutter speed to fill your bucket with light.

So what is an f/Stop exactly?
An f/stop or aperture is controlled by the lens you have on your camera. It is a series of blades that you can open or close to let varying amounts of light into the lens.

Basically, the lower the aperture (or f/stop) number the more light you can let into the lens. Remembering what we said above, the smaller the number there’s more light to fill your bucket and therefore you can use a much faster shutter speed because there is so much light entering the lens. This is why photographers will often call lenses with low f/stops “fast” lenses.

Zoom lenses have a higher f/stops than fixed focal length lenses. Fixed focal length lenses are also called “prime” lenses. Here at the AT Office, we have a 70-200 zoom lens that has it’s lowest aperture of f/2.8. To let that much light into the lens it is a big bulky and VERY expensive lens. I think it cost $3,000. We could have purchased a 70-200 lens that had a lowest aperture number of f5.6 at a cost of around $600. Getting those last few stops of light seems to cost double (or even triple) the stop beforehand.

As you can see, the lens on the right is a lot bigger and heavier than the lens on the left. This makes a big difference to the cost of the lens. Especially when you are talking about zoom lenses. For instance a 400mm f/5.6 lens is a great lens, and will cost $2,000. A 400mm f/4 lens is bigger and will cost $6,800. A 400mm f/2.8 will cost – wait for it. A staggering $12,000! Each of these lenses will deliver much the same photograph at say, f/8. But each iteration is simply letting in more light. And that makes a big difference when the available light isn’t that great.

The big question is what does this mean in the real world?

And the answer is “depth of field” or “Bokeh”. Bokeh is a Japanese word that describes having a part of an image in focus with the background pleasantly blurred. Whilst this may not sound important at this stage, as you explore photography further you will find that this a very important photographic technique. It will move the eye to focus on what you have decided is important in the photograph. 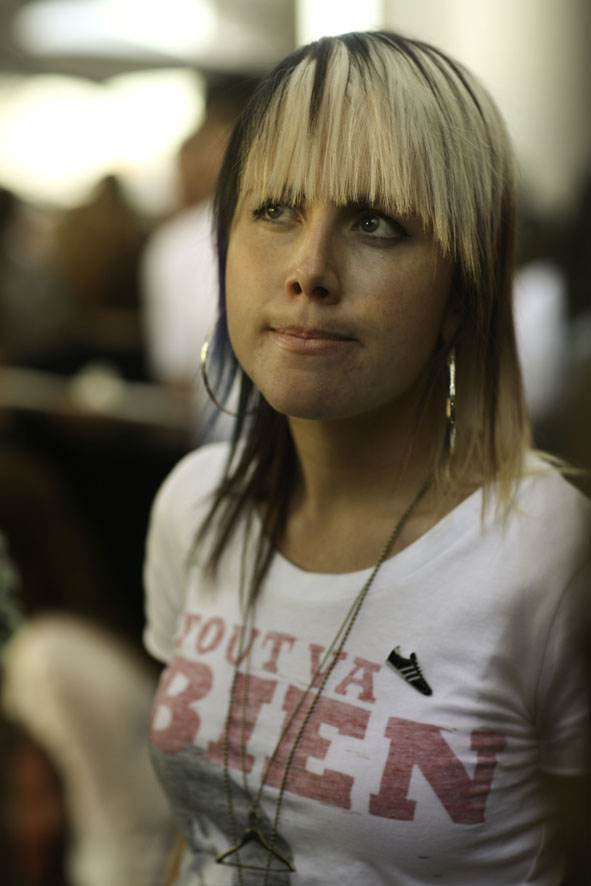 In the image above, you can see that background has a blur that ensures that the eye is focussed on the person in the picture. You are not competing with anything else in the photo. 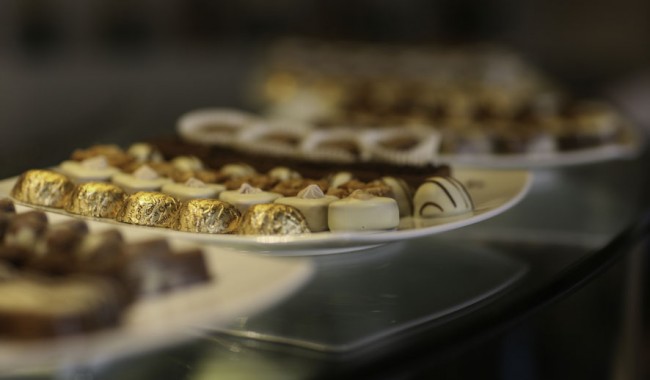 Same goes for the photo above. The photographer has created a dreamy effect of the chocolates on the plate, without having your eye distracted form other elements in the image. This is very important because photography is there to tell a story and using a low f/stop is just one of many techniques that can be used.

Sometimes this is not important. For example, if you are shooting a wonderful landscape, you don’t want the blade of grass in front of your camera perfectly in focus with the rest of the photograph blurred.  You want the whole photograph in focus. From near to far. This means you need a higher f/stop. For landscape photography, you will need to use a higher f/stop. Something of around f/16 or so. You don’t need an expensive lens to do that. You need a good quality lens though. And mostly the fast lenses will out perform the cheaper lenses at , say f/16.

Below is a depth of field table for a 50mm lens on a standard digital SLR. It might seem like gobbledy gook, but the important  thing is that a low aperture setting and shooting photos of something not to far away our depth of field is razor thin. And I mean really thin.

That said, the best way to understand how this all works it set your camera to aperture mode and play around with it. You will very quickly learn how all these factors interelate and be taking better photos in no time.