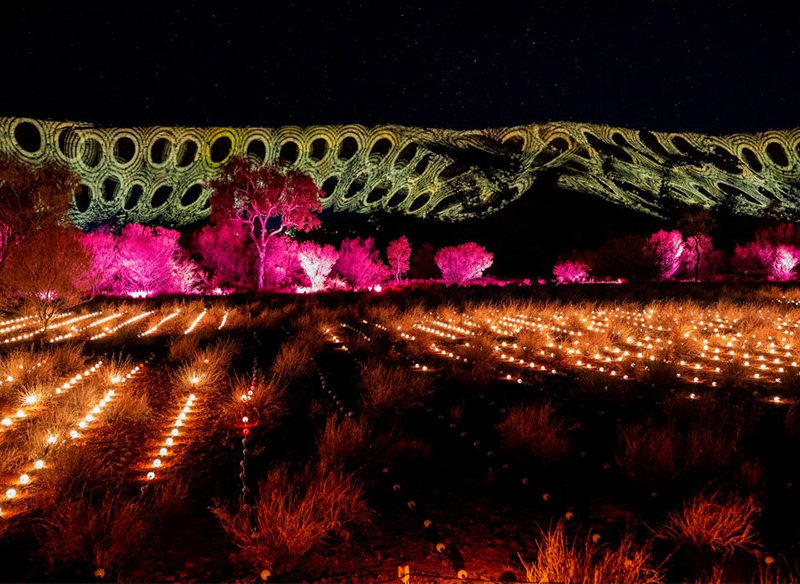 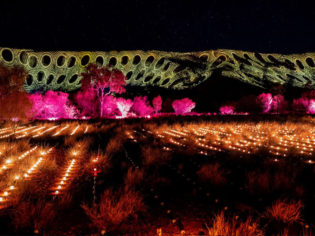 To help you out, we have collated a guide of the best-goings-on for the month of April, helping you plan your calendar accordingly. Thank us later.

For something a bit extra take yourself and a loved one on an indulgent three-and-a-half hour Captain Cook Gold Lunch Cruise on Sydney Harbour.

The monthly seasonal lunches combine stunning harbour views with superb food and wine created by Australia’s finest food and wine producers. Every cruise includes a superior beverage selection and a six course seasonal menu, tailored for each departure, all set to the spectacular background of Sydney Harbour. The next lunch in the lineup is Aqua Fizz Gold Lunch. A six-course seafood menu paired with premium Brokenwood and Samuel Smith & Son wines.

The cruise departs King Street Wharf No. 1 at 12pm to 4:20pm on Sunday 5 April, 2020 and tickets cost $169 each. If you can’t make this one, make sure you check out the other monthly lunches on offer.

Wine Down Pop Up is a unique and pop-up vineyard escape which will see two beautifully crafted eco-luxury pods by Contained move across three premier Victorian wine regions from April to July 2019.

Step inside this unique and pop-up vineyard escape

Guests can immerse themselves in the romantic world of wine and discover the fruits of Victoria’s Gippsland, King Valley and Macedon wine regions for an unforgettable short break in regional Victoria.

Bliss in a box

Sound right up your alley?

Fresh from The Forage

The event is run thrice a year, and allows both vendors and performers the chance to integrate with their community and experiment with their techniques to a captive (and hungry) audience

From high-end entertainment to the expression of folk-life through grassroots and community activities, the multifaceted National Folk Festival is the ultimate celebration of all things folk.

20 venues provide a range of concert and performance based experiences, giving you front row seats to a broad and innovative line-up national and international folk performers.

Groovin The Moo, aka Australia’s biggest (and brightest) regional touring festival is back for another year, keen to take Canberra music-lovers by storm.

Plus, expect a heap of local favourites among the stages, including G Flip, Angie McMahon, DMA’s, Fisher, Jack River and plenty more where that came from.

The SPIEGELTENT is back in Civic Square in 2019 with another wild lineup of international prodigies and deviants who’ll lead you on an adventure of hedonistic theatrical anarchy.

There’s a reason that Sheffield has become known as Tasmania’s ‘Town of Murals’, and that’s due to this: the truly unique art competition that commences on Easter Sunday every year.
Mural Fest sees nine artists compete in a public ‘paint off’, using the same poem as their mural’s central theme and inspiration.

The competition is conducted in Mural Park, Sheffield’s very own outdoor art gallery in the heart of Tasmania’s cradle mountain.

The event sees the test of artistic skill, endurance and tenacity – so much so that similar events have begun popping up both nationally and overseas. A pretty clear indicator that Mural Fest is doing something right.

Celebrating the annual Tasmanian Hop Harvest, Fresh Hop Beer Festival is a delightful excuse for the brewing community to come together and showcase the freshest brews of the year.

The harvest ales on offer to lucky patrons are a once a year spectacle, with the hops hitting the brew kettle within 48 hours of being picked. That’s some undisputable beer science right there.

As well as beer, there will also be masterclasses, hop education, live music, food stalls and a chance to meet (and bow down) to the brewers behind some of your favourites.

For the first time ever, a weekend of food and crayfish is coming to Flinders Island.

Fresh as fresh can be

Expect an all star lineup that includes some of Australia’s most celebrated chefs, as well as a special long lunch that celebrates the island’s beautiful produce.

The team behind the festival will spend five days exploring, diving and foraging ahead of the lunch to bring together an experience that is truly unique, and delicious.

It’s not that often you get to channel your inner royal and watch a game of polo. But on Saturday April 6th, you just might get your shot.

Western Australians are set to gather at Duncraig Stud in the Swan Valley to watch the best Australian and international horsemen play a thrilling game of equine polo for the tenth annual Bentley Polo in the Valley, raising money and awareness for Telethon and Youth Focus.

The proceeds from the event are donated to two West Australian charities, Telethon and Youth Focus, which provides free services to young people including psychological counselling services to reduce the symptoms of suicidal ideation, anxiety, depression and self-harm.

Discovery – Rottnest Island, the first new accommodation to open on Perth’s island paradise in more than 30 years, has officially opened.

Glamping at its finest

Celebrate Rottnest’s simple pleasures in one of the 83 fully furnished eco-tents, nested behind the sand dunes at Pinky Beach.

Indulge in an outdoor pool

All eco-tents include an ensuite bathroom, pillow-topped bed and furnished private decks, while the deluxe tents offer beachfront views and walk-in robes.

Thousands of epicurious travellers and gastronauts will hit the road this April to experience ‘Taste Great Southern Express’ – a fun-filled four day festival in Albany, WA.

Wish You Were Beer, (Friday 5 April), a not to be missed evening filled with seafood, shanties and brews! Experience the tasty seafood treats from Liberte’s Amy Hamilton, bountiful brews from Matty Wilson of Wilson Brewing Company and sing along with local favourites, The Shantymen.

​
Albany Wine & Food Festival (Saturday 6 April), where you can enjoy the best of Great Southern’s wine, craft beer, cider, spirits, food, local produce and tourism in a festival to celebrate this great region.

For 10 days, Tasting Australia is your passport to the premium, unprecedented eating and drinking experiences that only South Australia can offer.

Town Square is where the magic happens

Take a journey through produce from paddock to plate, sampling the musings of world-class chefs at one of the country’s longest-running food and wine festivals.

After an extremely successful inaugural event, this iconic street art festival is back, adding a splash of colour to the walls of Tumby Bay’s local buildings.

the iconic street art festival is back

Located in the seaside town, numerous artists have been invited to spread and share their talent, where spectators are encouraged to attend all weekend long.

This silo mural was created by Martin Ron and Matt Gorrick

Expect some iconic imagery, created by iconic artists. Like this one above. Created by Martin Ron, an Argentinian street artist based in Buenos Aires, and South Australian painter Matt Gorrick, this silo mural celebrates the two best things about Tumby Bay: beaches and art

And in a twist for this year, organisers have arranged with the local transport company to create some mobile street art on a large trailer and prime mover, something which will eventually create another icon that will travel through regional South Australia.

Watching paint dry has never been this much fun.

All throughout April, guests are invited to explore a surrealist exhibition featuring 23 authentic Salvador Dali bronze sculptures and graphic artworks, in one of the most iconic Adelaide locations: d’Arenberg Cube.

Wander through the iconic art (worth over $6 million) and take in the beauty of the landscape.

It’s a no brainer, really…

Parrtjima is the only authentic First Nations festival of its kind, showcasing the oldest continuous cultures on earth through the newest technology – all on a 300-million-year-old natural canvas in the Red Centre.

Step inside Parrtjima: the incredible festival of light

The theme for Parrtjima 2019 is Language Expressions, which aligns with the United Nations Year of Indigenous Languages.

This theme helps celebrate the ways in which artists can evolve and experiment with different styles and materials, while staying true to the ancient philosophy of connection and Country.

Part of the 2019 National Cup, Easter in the Alice is a nationally recognised event through Mountain Bike Australia, as part of the Cross-Country category.

Be enticed by the Pacific inspired Mediterranean dishes

Originally occupied by the iconic Goldfish Bar (the notorious home to Fitzgerald-era deals) on Ann Street and diagonally opposite King George Square, Goldfinch brings a fresh-faced offering to a site steeped in Brisbane and Queensland’s history.

Expect intimate seminars and workshops from Australia’s leading producers, writers and directors, all while watching acclaimed cinema from both local and international talent.

Quickly becoming the must-do event of Tropical North Queensland, the Undara Outback Rock and Blues Festival attracts a wide variety of both performers and visitors.

2019 will see five high-quality acts performing over three days, making this a weekend guaranteed to suit fans of all genres, held in one of Australia’s most celebrated natural locations.

Where to eat, stay and play on the Central Coast

Clever locals, both old and new, are shaking things up on NSW’s Central Coast, breathing life into the suburbs of this once sleepy beachside region....

The outback can be a delightfully weird and wonderful place. Made all the weirder and wonder-fuller by these 5 remote outback art installations and sc...