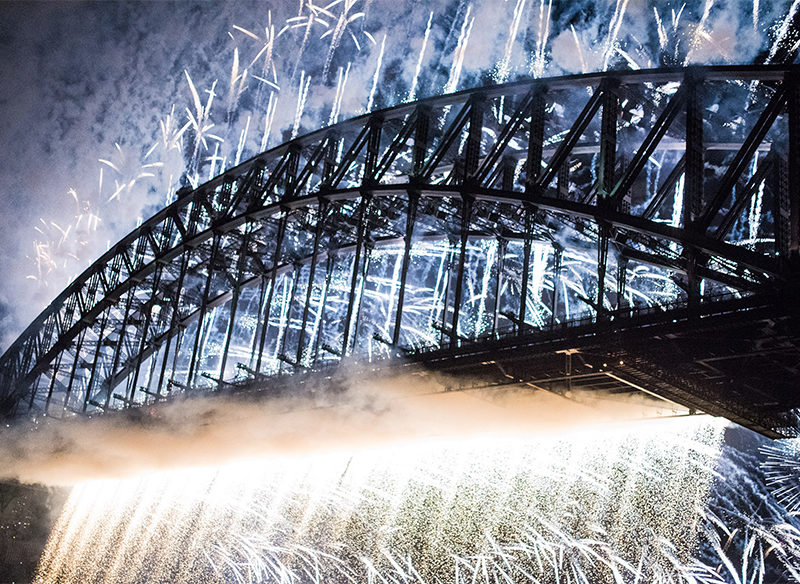 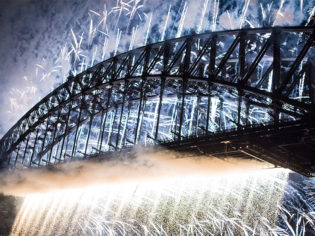 Are you still looking for the perfect way to spend New Year’s Eve 2020?

Don’t let a new decade begin without marking the occasion. Here are 20 ultra-fabulous ways to welcome in 2020 across Australia.

As far as unbeatable views go, you’ll soon discover that uninterrupted views of Sydney Harbour Bridge and the world renowned New Year’s Eve fireworks display both rate pretty highly on the list. Pier One Sydney Harbour is the perfect location for both.

The all-inclusive ticket will give you access to all you can eat street-food style stalls and drinks all night from a selection of pop up bars for $599, while some of Sydney’s best live acts provide the soundtrack to your night.

Start 2020 relaxing on board the exclusive expedition ship True North.

The four-night New Year’s Eve journey will explore some of Sydney’s most peaceful spots, including Pittwater and Maitland Bay, Ku-ring-gai Chase National Park and Cowan Creek – and you get beach barbecues and scenic flights thrown in for good measure.

As for the big event, Sydney’s midnight fireworks can be viewed from one of the best vantage points in the city – on the water.

For something totally unique, spend New Year’s Eve flying over Antarctica. Drink champagne, listen to a live jazz band and as the clock strikes midnight take in the seemingly endless views of mountains, glaciers, ice plateaus and icy coastline below – in broad daylight.

The flight departs Melbourne at 5:30pm NYE, returning at 6:30am the following day. From $1199 including dinner, breakfast and bar service. 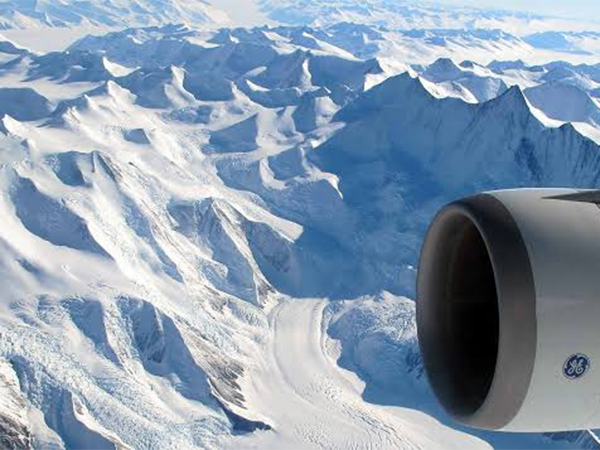 The world’s most unique scenic flight

Over four days and three nights the best of glamping, music, food and meditation will combine for a sustainable, luxurious and enlightening experiential event.

Lose yourself in a forest disco and escape the big city life in the stunning Glenworth Valley this New Year’s Eve. The eco-friendly festival is now in its sixth year and comes armed with dedicated Earth Warriors to keep the beautiful bushland as pristine as they found it.

Lost Paradise features a plethora of artists from around Australia including Hilltop Hoods and Matt Corby, as well as American festival favourite Green Velvet – just to name a few! There will also be a series of talks, yoga workshops and an Indigenous culture space with immersive activities connecting festival goers with the sacred land on which it is held.

The party kicks off on Friday 28 December when local and international artists will take the Lost Disco stage to bring the revelry.

UPDATE 12/12: After extensive consultation with the Rural Fire Service, emergency personnel and other key stakeholders, the difficult decision has been made to cancel this year’s Lost Paradise festival. Read a statement from the organisers below:

“Our beautiful home in Sydney’s Central Coast is facing intense and unpredictable fire conditions that are sadly expected to deteriorate. We simply cannot put anyone’s life at risk. We have been working around the clock to explore all possible options to relocate the festival, but it is just not feasible within the timeframe.

We would like to thank everyone who has worked so hard over the past twelve months to create this year’s event – the artists, performers, teachers, yogis, vendors, sponsors and production crew, and of course our amazing Lost Paradise community who have supported us for six incredible years. We are truly devastated that we won’t be able to bring the festival to life.

We would also like to express our immense gratitude for the brave emergency teams who are doing all that they can to protect the bushland around the site.

This is a heartbreaking time for our country. Our thoughts are with the affected communities across Australia, and the hero firefighters who continue to work in extreme conditions.

All guests will be eligible for a refund, in accordance with Live Performance Australia’s Ticketing Code Of Practice. We are working closely with our ticketing providers and insurers to process ticket refunds as quickly as possible. Each ticketing provider will provide details of the process, and we will continue to share updates in the coming days.”

5. Beyond the Valley, Lardner Park, Vic.

You can dance the end of the year away in Victoria’s picturesque Gippsland region to hip hop, electronic, dance and techno at the Beyond the Valley music festival from 28 December to 1 January. The star-studded lineup includes Rüfüs Du Sol, Tyler the Creator, Dom Dolla, The Veronicas and many more.

There will also be morning yoga classes to get you warmed up for the day ahead and plenty of food trucks and bars to choose from throughout the festival. Camping is included in the ticket price of $199 per person. If you’d like to take it up a notch in the luxury stakes there is glamping available for an extra cost. 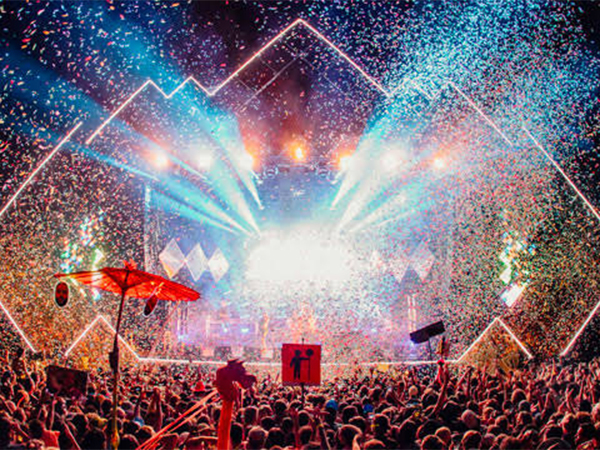 Dance away at Beyond The Valley

End the year on a high note at A Midsummer Night’s Eve, which is part of Hobart’s week-long Taste of Tasmania festival from 28 December to 3 January. The event will host around 70 stallholders showcasing the state’s finest seafood, cheese, wine and other yummy produce – and of course, there will be fireworks.

For a vantage point away from the parties head to the foreshore of Lake Burley Griffin. You’ll get to witness the fireworks as they launch over the lake (minus the rowdier crowds). Commonwealth Park and Kings Park are just a couple of other options to keep top of mind.

Darwin’s waterfront is a lively place any time of year, but on New Year’s Eve it’s awash with festivities including a free outdoor concert and fireworks at 9pm and midnight.

Bring a picnic and relax on the grass with your nearest and dearest.

From $3485 including organic meals, two massages, a facial and fun activities, this will be a New Year’s Eve your body will thank you for. 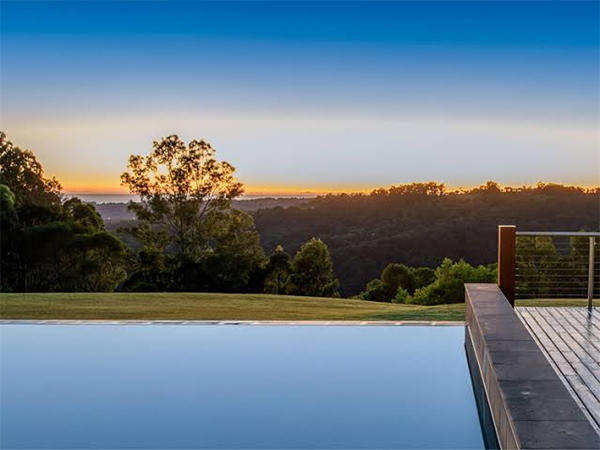 Wake up in Gwinganna paradise

Tough choice, eh? Both tours follow the same itinerary, including a visit to the gigantic boulders of Kata Tjuta, and prices start from $695.

There’s nothing like a bout of fresh alpine air to get you motivated for a new year. AusWalk’s seven-day Roof of Australia self-guided walk is available over New Year’s and is an ideal time to explore the country’s highest alpine ski area by foot. The walk takes you along rivers into undulating valleys and past fields of vibrant wildflowers and breathtaking mountain views.

From $2455, including accommodation, most meals, National Park admission and luggage transfers (so you only need to carry a daypack).

You can keep the party going on New Year’s Day at Watsons Bay Hotel. They’ve teamed up with eyewear label SODA Shades to present the ultimate beachside pool party.

The event will kick off at midday with giveaways, cocktails and an epic music line-up that will keep the celebrations in motion well into the night. Purchase your tickets in advance on their website. All tickets include 2 hours of free flowing premium beverages and Watsons famous eats from 12pm-2pm and prices start at $139 per person. 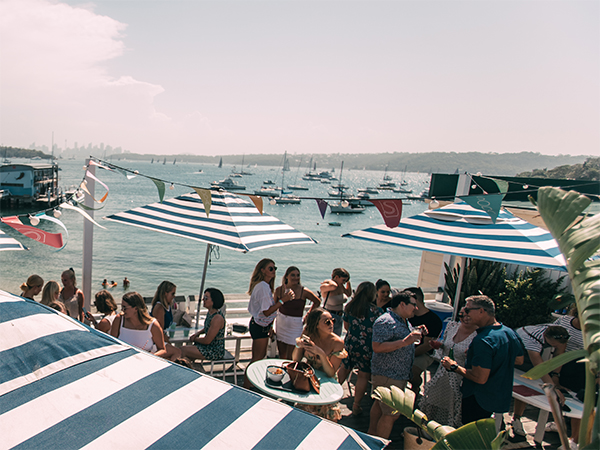 The chance to spend New Year’s Eve on board Captain Cook Cruises’ Murray Princess Cruise only comes around once every two years and this year’s epic seven-night cruise adventure will take cruisers around South Australia’s idyllic Riverland with tourist favourites Waikerie and Renmark on the itinerary.

Ticket prices start at $12.75 and attendees will have access to some of the best spots to watch the fireworks. There will also be a variety of food trucks and beverage stands to grab a bite to eat.

Adelaide’s Elder Park lights up for a night of New Year’s Eve festivities. The event has two fireworks displays – one at 9pm, the other at 11:59pm to celebrate the end of 2019. You’ll be entertained by local musicians throughout the night and you can pack your own picnic or take advantage of the food trucks on offer.

From 31 December to 1 January Perth’s Claremont Showgrounds will transform into a hip hop, dance and techno festival, complete with popular performers Ella Mai, Culture Shock, Jauz and Golden Features for the 13th year of Origin Fields.

Celebrate 2020 on board a Brisvegas New Year’s Eve Cruise. The cruise travels along the Brisbane River to give guests prime position for watching the fireworks.

Of course it wouldn’t be a Brisvegas cruise without a flashy, over-the-top performance – this adults-only cruise has a fully licensed bar and DJ to help you celebrate. Tickets are $95 for the 3.5 hour cruise with hot snacks and entertainment included.

On 31 December Tasmania’s Royal Park will have some of the finest ciders, cocktails, craft beers and wines on offer as it transforms for the annual Launceston BeerFest.

There will also be entertainment and fireworks for late night revellers looking to celebrate until the clock strikes midnight.

General admission ticket prices start at $26.93 with bundles, VIP and family packages also available for purchase on their website. 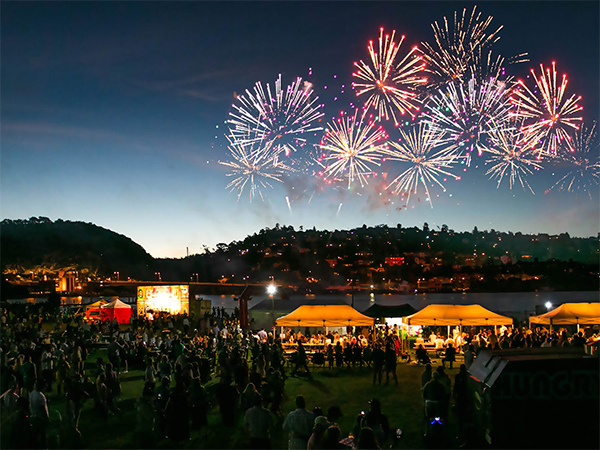 Get your beer on this New Years

Celebrate the end of 2019 with an 80’s dress-up party at Novotel Geelong’s Waterfront Restaurant. With live entertainment, a buffet, a 5-hour beverage package and a cheese corner, this party is set to go off with a bang! Grab a sangria and dance the night away.

*All events and details were available to book at time of writing.