Confessions of a concierge 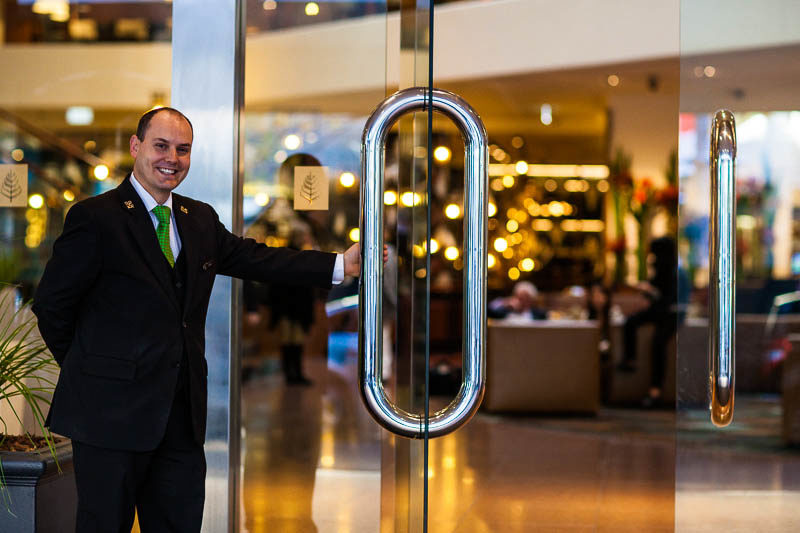 Jorge Sousa spills the secrets of his role working as Chief Concierge at a top hotel.

I started as a concierge in 1986, but for the past 10-and-a-half years I’ve been Chief Concierge at the Four Seasons Hotel Sydney.

So I’ve been doing this job for 27 years. It’s changed a lot in that time – back in the day we had a handwritten ‘concierge bible’, which had thousands of entries and had to be updated every month. We’d get the most junior concierge to check every phone number, every listing, and make any updates by hand. Thank God for the internet!

My job description is to do anything and everything possible for guests, as long as it is legal and moral. One time back in the ’80s, I was asked by a guest to find a goat – he wanted to sacrifice it. He’d just come back from Indonesia where he’d seen a tarot card reader, and she’d told him that unless he sacrificed a goat in the next 48 hours, something disastrous would happen to him and his family.

I was very young at the time, only two years into concierging, but obviously I wasn’t going to help this guy sacrifice a goat. In the end we had to get security involved, and we eventually talked him out of it. Forty-eight hours later the guest and his family were still alive and happy… and celebrating in our bar!

I get between 80 and 120 requests from guests every day. One guest asked for a private plane to be chartered to take him overseas within two hours – we made it in under three. That was challenging.

I have the answers for tricky questions too, like recommendations on strip joints. We have a tasteful booklet called Sydney After Dark – it has all the info on nightclubs, companionship services and so on.

My job doesn’t stop at the desk. The concierge is really the friend away from home for the guest. So for example, if I see someone in the lobby looking a bit lonely, I’ll offer them a newspaper, that sort of thing.

Have I seen some bizarre things? Of course. Being a hotel we see all kinds of people; we have challenging days like any job. But I can’t go into details on that, obviously. For me, each day is a learning process. I meet wonderful people every day and that’s probably what keeps me in this job.