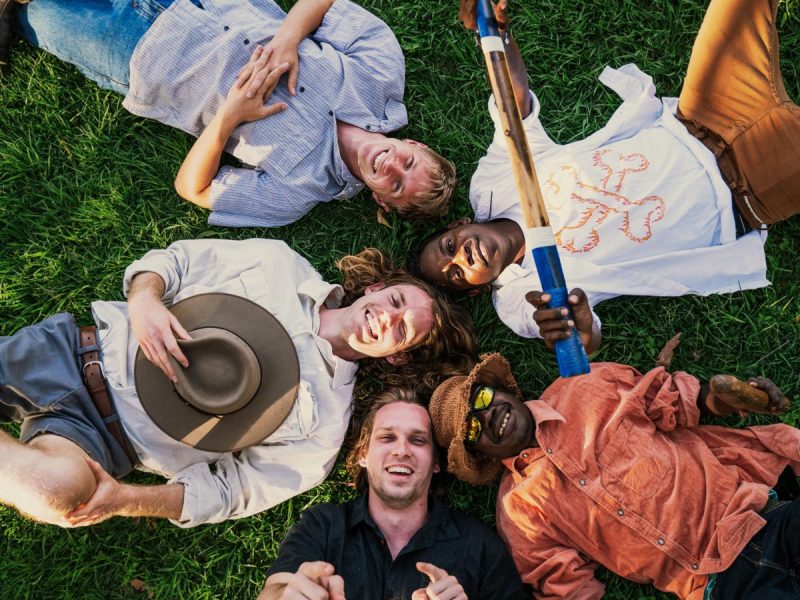 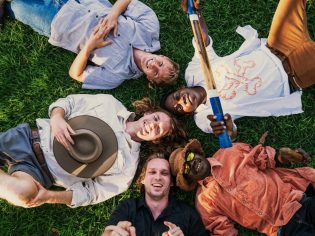 With festival season in full swing, there’s something just as exciting about getting to the festival as the festival itself.

Being only a three-hour road trip from Sydney, Spilt Milk in Canberra is the ultimate weekend getaway for Sydneysiders.

We love a festival here in Australia, and Spilt Milk is one of the absolute best, attracting music lovers from all across the nation. 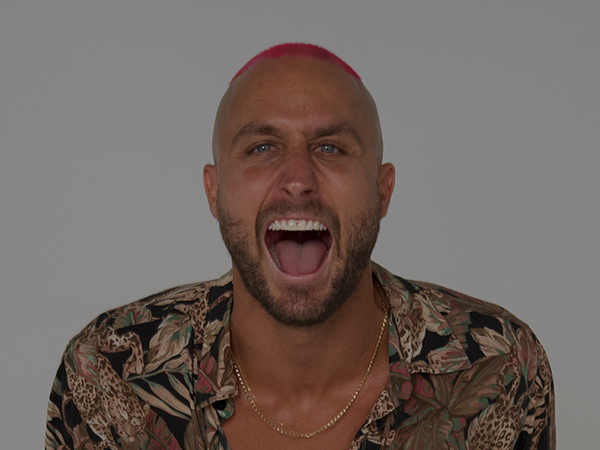 FISHER will be bringing the party with him to Spilt Milk.

We’ve taken it upon ourselves to put together the best pitstops on your way to Spilt Milk. Pick one or a couple and you’ll make the drive a breeze.

And just to be clear, even if you’re not going to Spilt Milk, you can use these spots on any Sydney to Canberra road trip. 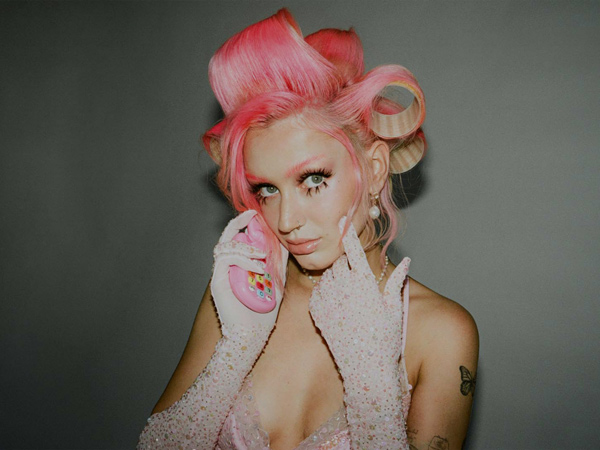 Peach PRC is performing at Spilt Milk across the three shows.

Bowral makes the perfect first place to break your journey to Spilt Milk. Just 90 minutes out of Sydney, Bowral is known for its hospitality, and there are a number of top cafes and restaurants in town. 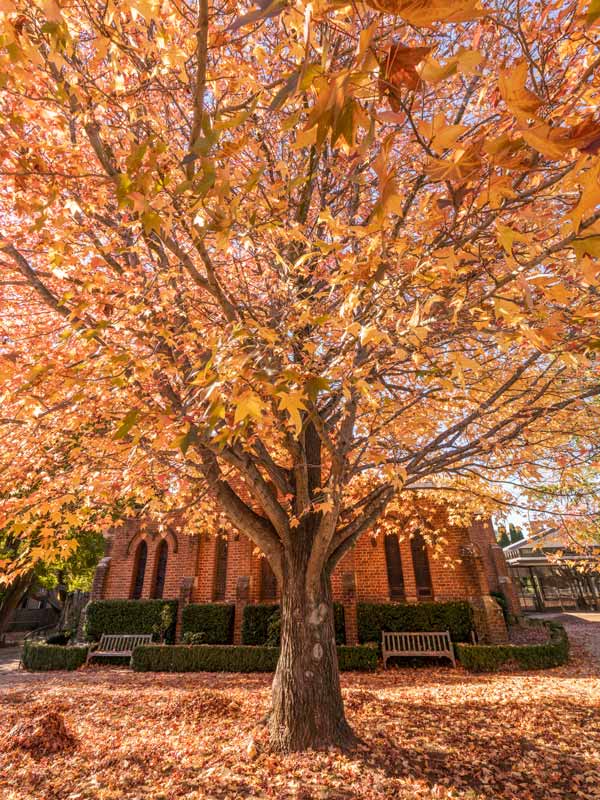 Bowral is a great option to stop for a bite to eat. (Image: Destination NSW)

For lovers of cricket, a trip to the Bradman Museum and International Cricket Hall of Fame is an absolute must. One of the best things to do in Bowral, it showcases the life of Don Bradman, one of cricket’s greatest batsmen, who called Bowral his hometown. 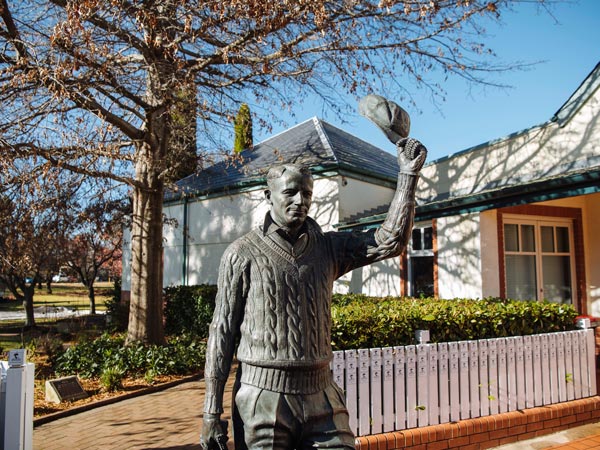 Right around the corner, you’ll find Berrima, Australia’s best-preserved village from the 1830s, known for everything from its bushrangers to its book barn, its killer pies, wineries and Georgian courthouse.

The Southern Highlands town was built around a village green and is also home to Australia’s oldest surviving gaol. 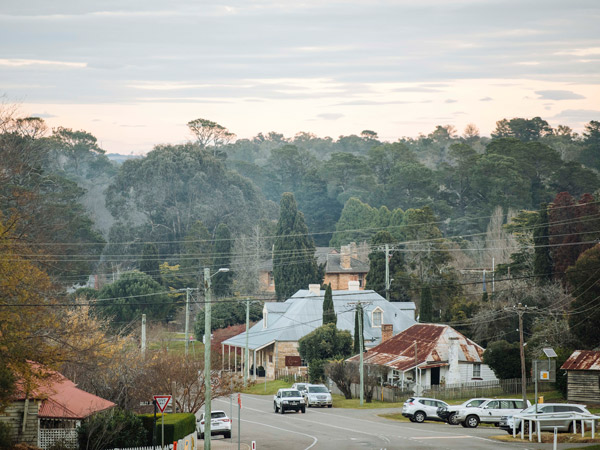 The Southern Highlands hub of Moss Vale has a charming country town feel layered with a collection of seriously stylish stores, cafes and eateries that makes for an alluring stop on your way to Canberra. 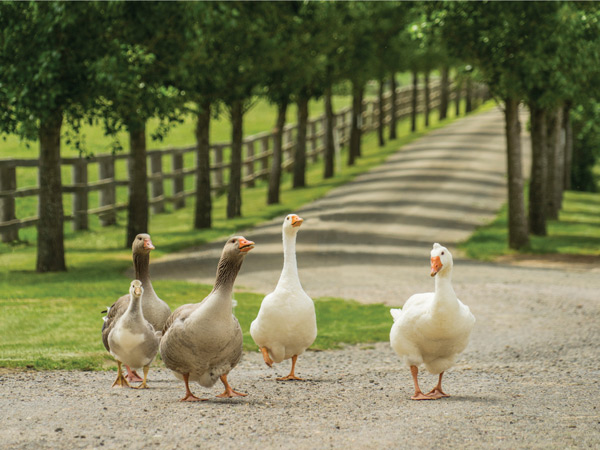 Goulburn is only two hours’ drive from Sydney and one from Canberra. This inland city is actually Australia’s first, and is surrounded by bushland, farms and wetlands. To explore it all in detail, find the perfect two-day itinerary here.

On your way out, head to the tiny hamlet of Collector just off the Federal Highway towards Canberra. The Bushranger Hotel, best known for the infamous shooting of Constable Nelson by outlaw Ben Hall and his gang in 1865, is in the centre of town. 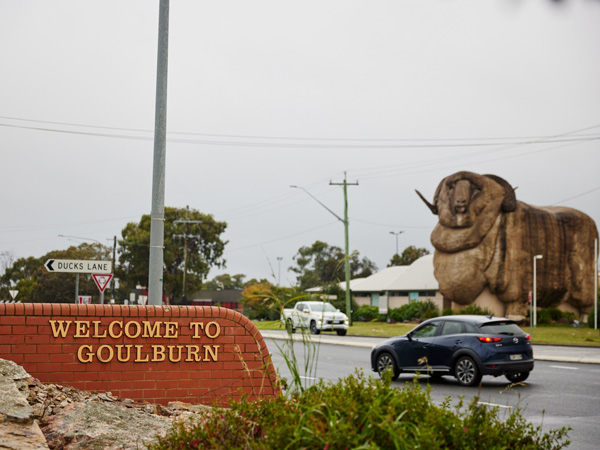 Three hours southwest of Sydney, through the stunning scenery of the Southern Tablelands, is the picturesque town of Yass. You may recognise this place from its starring role in a wholesome episode of Netflix’s Queer Eye, but there is more to Yass than just its fabulous name.

The famous Banjo Patterson Park commemorates the bush poet. He famously spent some of his early years in the Yass Valley and later bought a property here so his children could experience a similar country childhood to his. Take a walk around and you’ll soon see why. 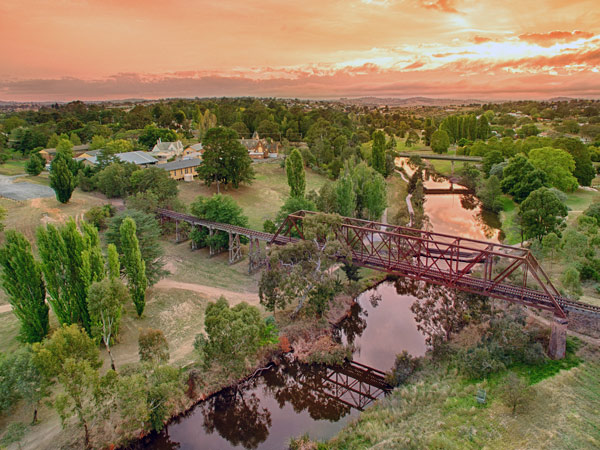 If you would prefer to take in a bit of the southern coastline on your road trip from Sydney to Canberra, you should consider driving down the A1 that will lead you all the way down from Sydney to Batemans Bay. 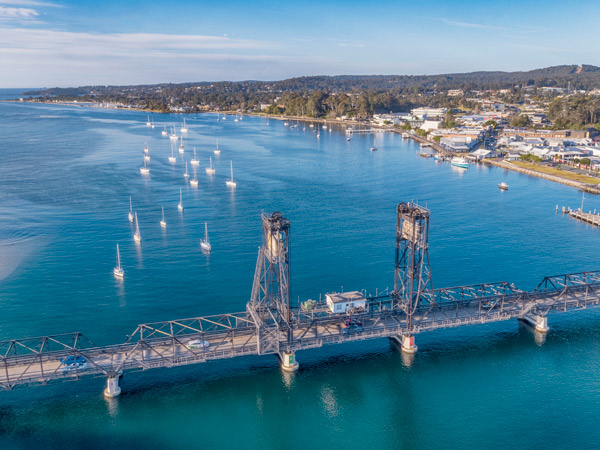 The coastal route will take you all the way down to Batemans Bay. (Image: Destination NSW)

The route is quite a bit longer but it takes you down the South Coast past some of the most incredible NSW beach towns including Wollongong, Shellharbour and Jervis Bay. 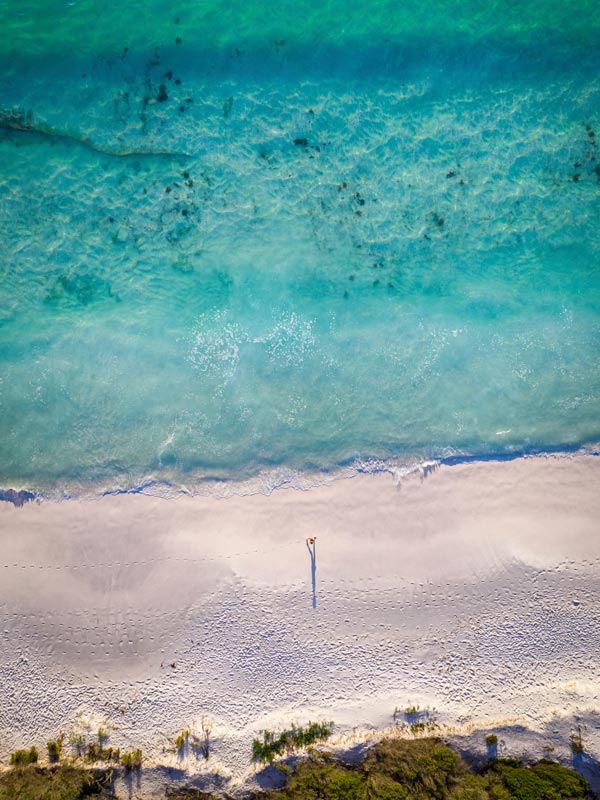 From Batemans Bay, head inland on the B52 towards Canberra. On the way, you’ll pass Bimberamala and Monga National Parks and head deep into the Southern Tablelands. 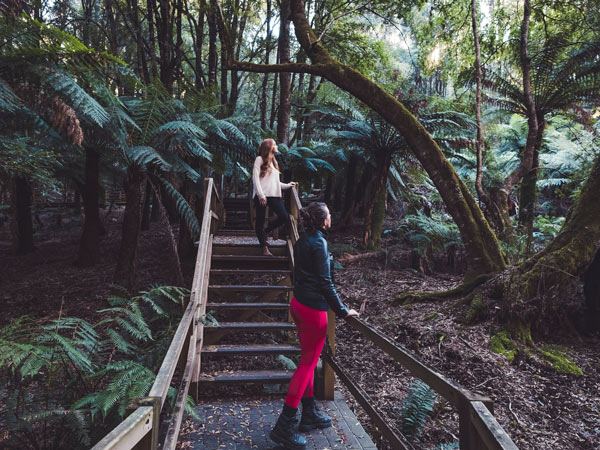 Pull in to explore Braidwood, which is famous for its truffles, and the charming town of Bungendore, which features a number of historic stone, brick and timber buildings. 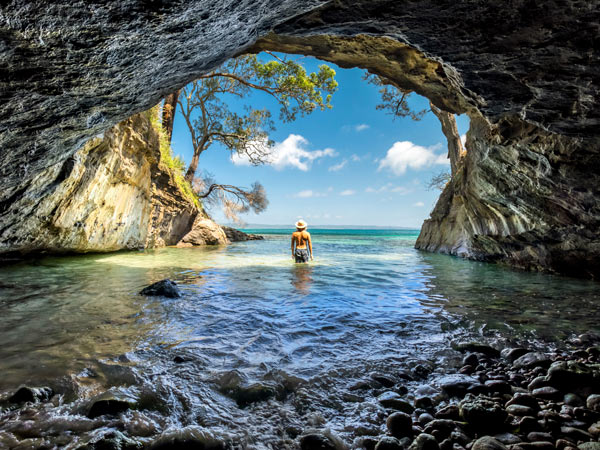 Murrays Beach Sea Cave in Jervis Bay is worth a stop for a refreshing dip. (Image: Jordan Robins)

Whichever route you take, you’ll get to explore some of the most incredible towns full of history, character and welcoming locals (including some of our Top 50 Aussie Towns).

Now you’ve arrived in the capital, it’s time to get ready for Spilt Milk! Grab the glitter and make sure you slip, slop, slap – it’s going to be a balmy 26 degrees on Saturday! 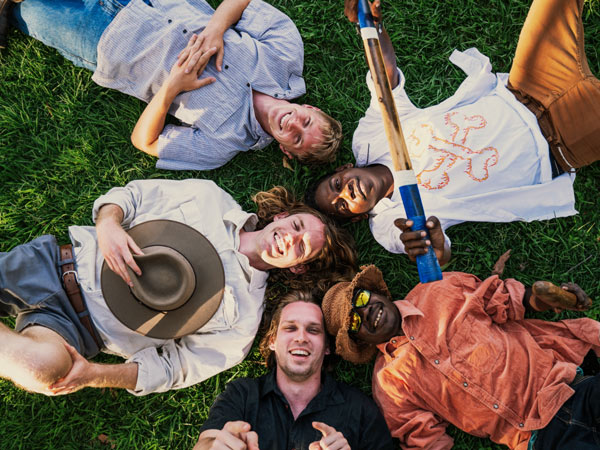 This year, Spilt Milk is bringing along a giant lineup of international and local heavy hitters, including Flume, The Wombats, Peach PRC, FISHER, Hayden James, G Flip, Spacey Jane and many more for the biggest Spilt Milk to date. 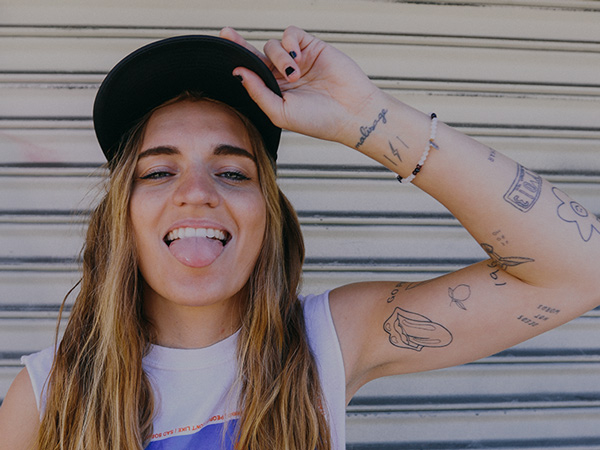 Melbourne’s G Flip is heading to Canberra for Spilt Milk. 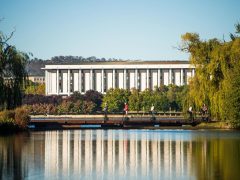 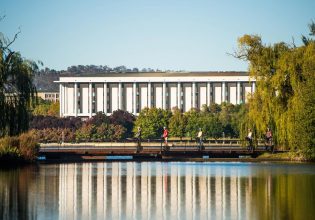 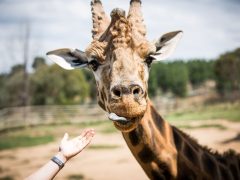 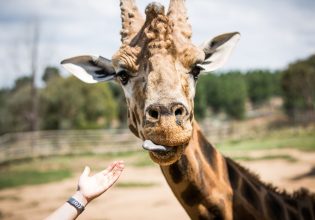 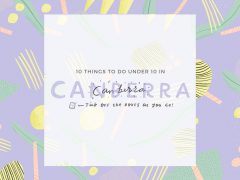 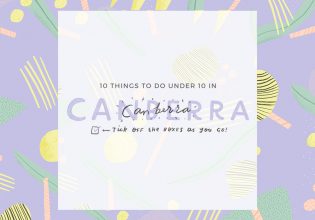 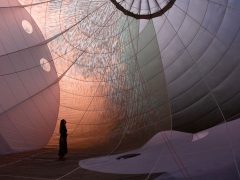 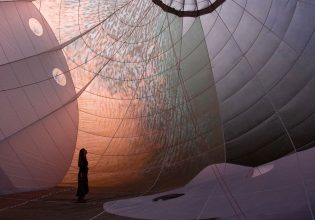 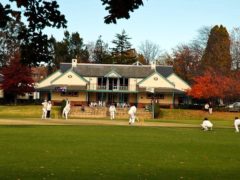 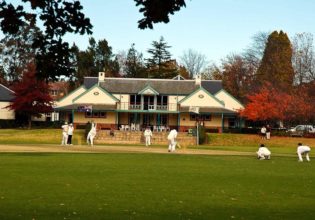 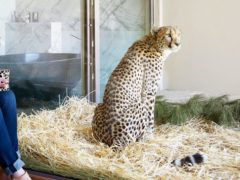 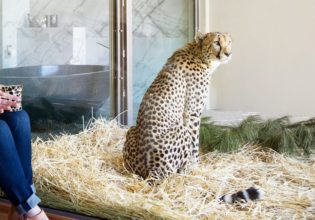 A unique hotel in Canberra, Jamala Wildlife Lodge, lets you stay alongside some of the rarest animals on the planet (By: Leigh Ann Pow) One of the ma...