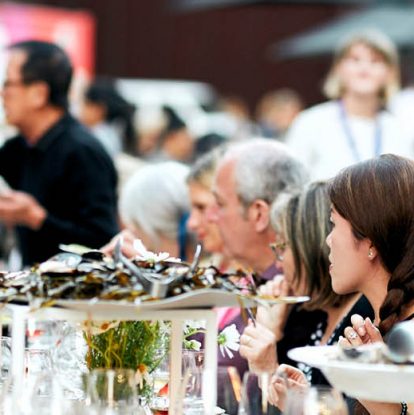 From world-class dining and wineries to small-batch producers and a rich First Nations heritage, Australia is devoted to its seriously good food culture. Discover why at an array of festivals across the country.

Australia’s landscape swings from meandering coastlines to canopied rainforests and the vast, red outback. It offers travelers both remote adventures and modern thrills in cosmopolitan cities. Its enduring constant, however, is its great bounty: yielding everything from award-winning wines, to the freshest of fresh produce and incredible seafood.

This abundance, melded with a rich First Nations food history and generations of multiculturalism, is the source of Australia’s robust food culture. One way to embark on an edible odyssey of Oz and discover some of the country’s most picturesque regions in the process, is to plan your trip around a cluster of top notch food festivals, like these.

To truly immerse in the rich tapestry of Australia’s food philosophy is to experience the native ingredients used by traditional owners of the land for 65,000 years. Each year in May, Kakadu National Park hosts the Aboriginal food festival Taste of Kakadu in celebration of the area’s ancient food history. Here you can learn about bush foods and Aboriginal culture from the local First Nations community. Kakadu is perhaps not what you would expect of the Australian outback; it’s a place of lush wetlands, waterfalls and rainforests, and home to some of the country’s most exotic wildlife.

Tap into the ancient knowledge of the Kakadu people and experience flavors and stories like no other.

Getting there: Fly direct to Darwin from Sydney. From there, join a guided tour to Kakadu National Park. Tap into the ancient knowledge of the Kakadu people and experience flavors and stories like no other.

A food festival of epic proportions, Gourmet Escape is held every November on Australia’s west coast. Spanning Perth and the neighbouring regions of the Swan Valley and the idyllic Margaret River, it’s one of the country’s flagship food events.

A beautiful three-hour drive south of Perth, Margaret River is a coastal haven peppered with excellent wineries, restaurants and producers, making it the perfect setting for the event, which attracts big name international chefs such as Marco Pierre White and Momofuku’s David Chang, alongside Australia’s own culinary glitterati.

Getting there: Fly direct to Perth from Sydney and Melbourne, or to Busselton in Margaret River via either city. Enjoy a plateful of oysters at Gourmet Escape. 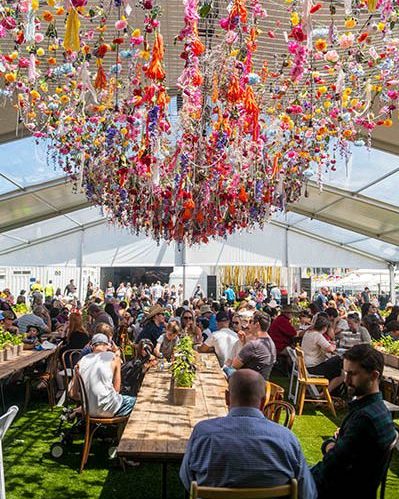 Sample it all at Taste of Summer, Hobart.

Although small, Tasmania displays a dazzling array of landscapes, from deep wilderness to wind-whipped coasts and serene bays to lush forests.

It’s little wonder this southern state is bequeathed with a cornucopia of eats such as briny oysters and cool-climate wines, distilleries, amazing cheeses and truly astounding produce.

Sample it all at Taste of Summer, which happens every year over the New Year period in Hobart. Expect dining events, a showcase of producers and a New Year’s Eve party.

Getting there: Fly to Hobart from Sydney and Melbourne.

Melbourne is considered to be Australia’s food capital. The city’s funky laneways are crammed with flavor-illuminating eateries and many of the country’s best restaurants helmed by award-winning chefs. It would be nearly impossible to understand Melbourne’s devotion to food and wine in a short trip, so arriving just as the Food and Wine Festival kicks off will give you a good head start.

Held every March, the festival has everything from food talks to street fairs, performances, tastings and even an entertaining wine quiz.

Getting there: Fly from Sydney in under two hours and Brisbane in under three. Many of Australia’s best-loved wineries sit in a cluster just a short distance from the charming city of Adelaide. Among them are Mclaren Vale, Adelaide Hills and the Barossa Valley, regions well worth touring, even without a festival to unite them.

To get deeply involved in the food scene of this up-and-coming city and its surrounds, however, plan your trip to coincide with Tasting Australia, which runs for 10 days over April and May. With events held in the city, in regional areas and on the coast, Tasting Australia casts a wide net from the ocean to the fringe of the outback. Experience the freshest seafood, bush foods and everything fortified, foraged and fermented.

Getting there: Adelaide is a two-hour flight from Sydney or one-and-a-half hours from Melbourne. From there, hop on a number of tours to explore the city’s neighboring wine regions. 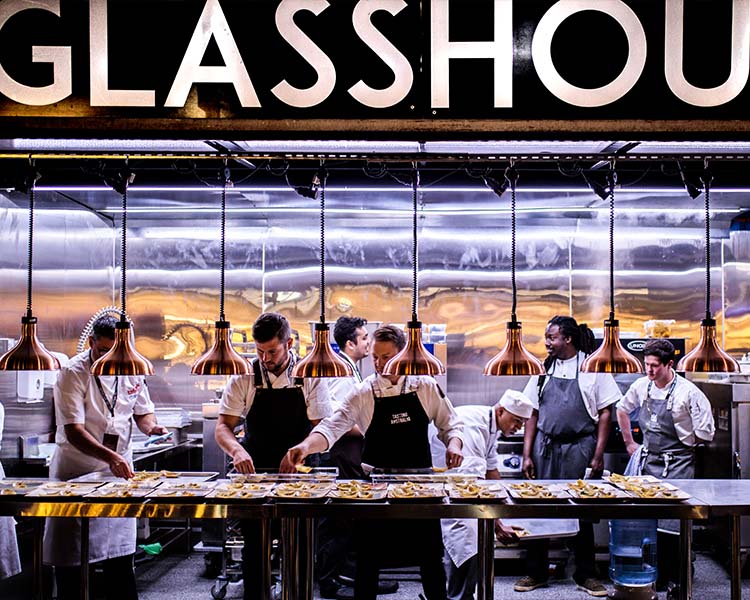 Cooking up a storm at Glasshouse Kitchen at Tasting Australia in Adelaide.

The charming regional city of Orange has been attracting culinary adventurers for almost three decades to its annual Orange F.O.O.D Week festivities. Held over 10 days in April, the festival aims to champion the region’s incredible additions to Australia’s food scene; a fairly easy task given the area’s abundance of wineries and artisan producers.

Getting there: Orange can be reached from Sydney in less than four hour’s drive or a short one-hour flight. 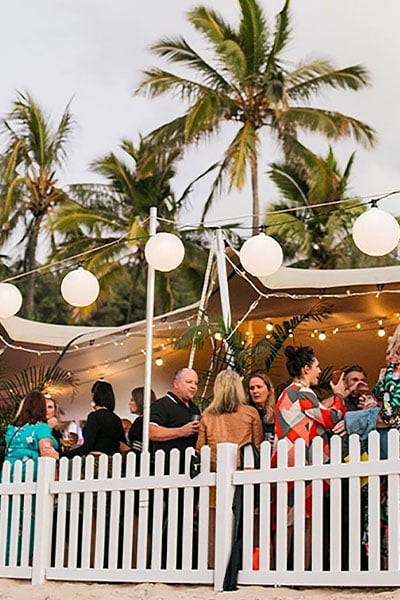 Noosa is on the must-see list for many people traveling to Australia.

Noosa is on the must-see list for many people traveling to Australia, where the laidback surf vibes extend to the sandytoed dining scene – all supplied by the rich produce of the nearby hinterland and the ocean.

If you truly love your food you should time your visit to coincide with the four-day Noosa Eat & Drink Festival, held in June. Dine under the stars, enjoy live cooking demonstrations or settle in for some serious beachside brunching.

Getting there: You can drive the two hours from Brisbane or fly to Maroochydore on the Sunshine Coast and drive 30 minutes to Noosa.