Top Towns for 2022: Where to eat, stay and play in Coffs Harbour 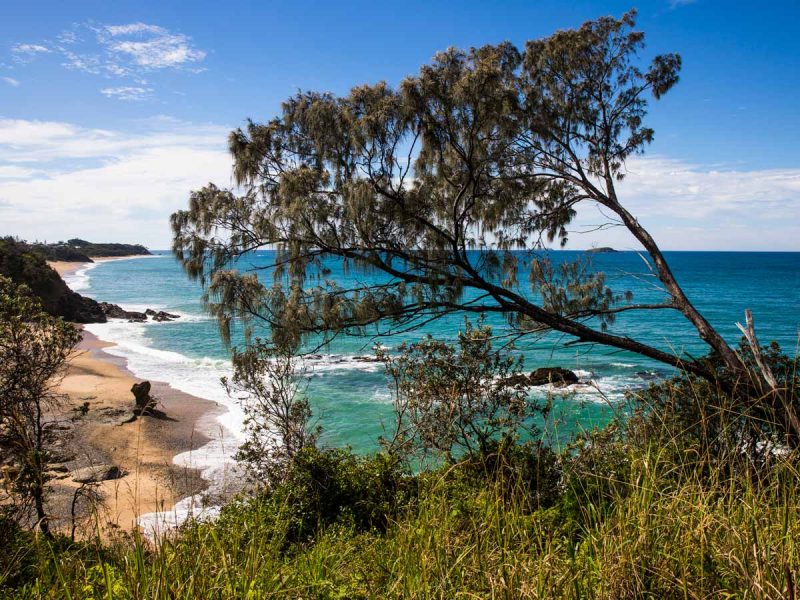 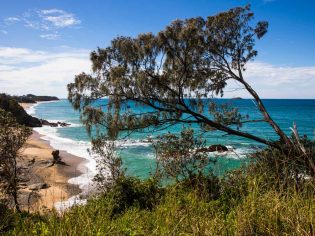 In addition to its pretty coastline and perfect latitude, the Coffs Coast has an abundance of innovative places to lap up the sunshine, no wonder it appears at 33 on your list of Top 50 Aussie Towns.

Coffs Harbour locals know better than to leave town for a beach holiday. Why would they? Instead, they take advantage of the city’s idyllic 30-degrees latitude (which leads to mostly sunshine-filled days and a minimal chance of rain) to surf, swim and enjoy a seaside staycation.

While technically, Coffs Harbour’s population deems it to be a city, its covetable culture and lifestyle makes it feel more like a coastal town.

As well as being nirvana for those craving a beachside hang, Coffs is an ECO Tourism Destination, and offers a slew of sustainable activities, has a super-slick food scene, brilliant bars and breweries, and family-friendly stays to boot. Use our guide on where to eat, stay and play in this eco-accredited destination. 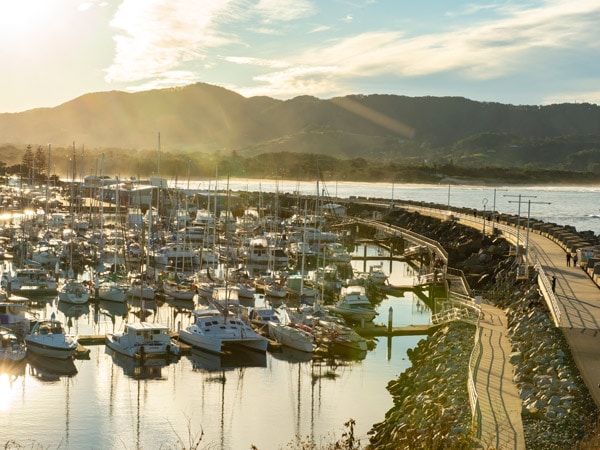 Relax down by the marina. (Image: Destination NSW)

Take the guesswork out of the equation and order the Feed Me option at casual Italian eatery The Mermaid Beach House, which comprises dishes such as Sicilian-style eggplants and tagliatelle with duck ragu.

Latitude 30 will also remind visitors to see Coffs Harbour in its best light, i.e. while bathed in sunshine with a seafood platter to share. It’s also worth spending a day or two strolling the charming main street of nearby Sawtell, which is lined with Moreton Bay fig trees and where you’ll find hinterland hideaways such as The Hilltop Store and Bar Que Sera. 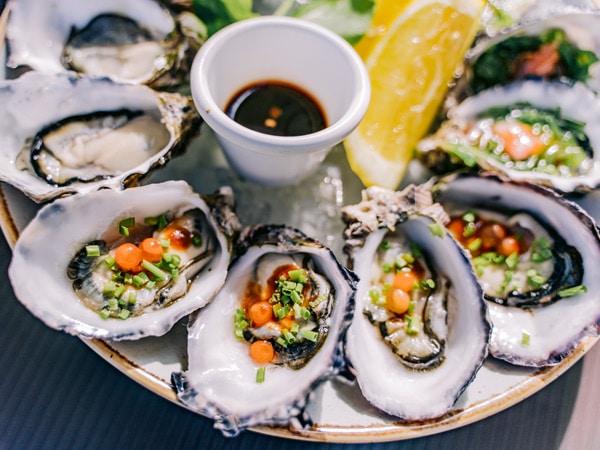 Fresh oysters from Latitude 30 are to-die-for.

It’s also worth joining the dots between The Athletic Club, French Basket and The Spare Room, all fashionable spots to kick back in while visiting the coastal village.

If you want a brew with a view, head to Jetty Beach House, on Corambirra Point, while King Tide Brewing, tucked down a graffiti-clad inner-urban laneway, has a fun atmosphere alongside some of the city’s finest froths.

The Harbourside Markets are held every Sunday at The Jetty foreshore and are a favourite with locals and tourists for everything from fresh produce to locally made wares such as candles, clothing and collectables. What does the Coffs Coast taste like? You’ll find out at the annual Coffs Coast Food & Wine Festival, which works closely with OzHarvest making it a conscious gourmand’s dream.

Visit the Indigenous-run Nyanggan Gapi Cafe, located at Niigi Niigi/Sealy Lookout, which is surrounded by towering gums and is located within the Bruxner Park Flora Reserve. 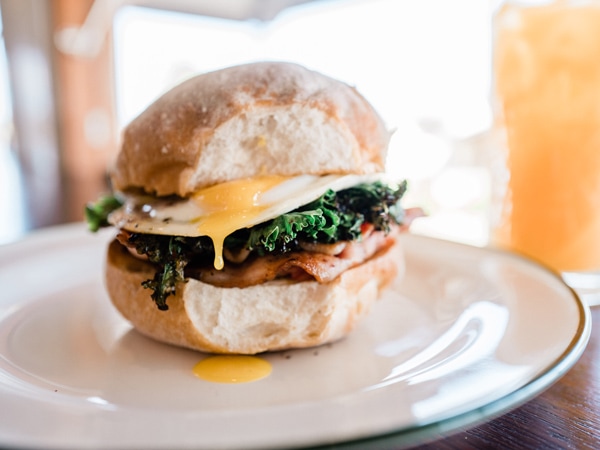 Sustenance at the Hilltop Store looks a bit like this.

If you want to explore the water, you can do so by kayak with Matt Sparrius, of C-Change Adventures, who has a degree in marine and environmental science or via paddleboard with Wajaana Yaam Gumbaynggirr Adventure Tours, where you can learn about the region’s rich Indigenous history. 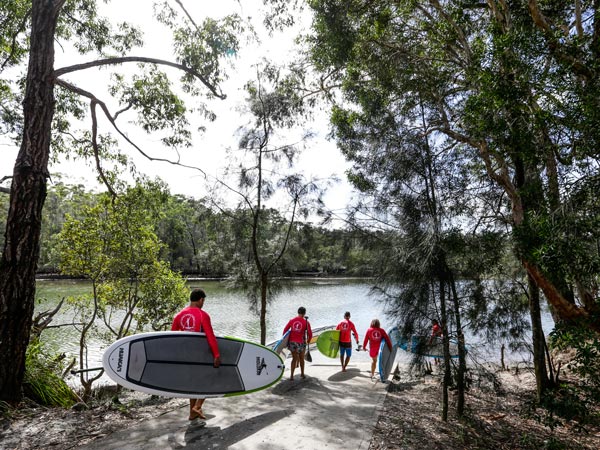 You can also go deep at South Solitary Island with Jetty Dive. Surfers will also appreciate the numerous quality breaks such as Gallows Beach on Corambirra Point. Back on land, you can learn the ropes on a Treetops Adventure, nod to nostalgia at the Big Banana by indulging in a banana split, or visit the Look at Me Now Headland or Sealy Lookout with Coffs Harbour Trike Tours.

Bonville Headland is another great vantage point from which to spot migrating whales (in season) and dolphins. Keen to change down a few gears? You can also plod along at a slower pace during a trail ride with HWH Stables or simply head to Boambee for a picnic and a paddle in the crystal-clear creek. 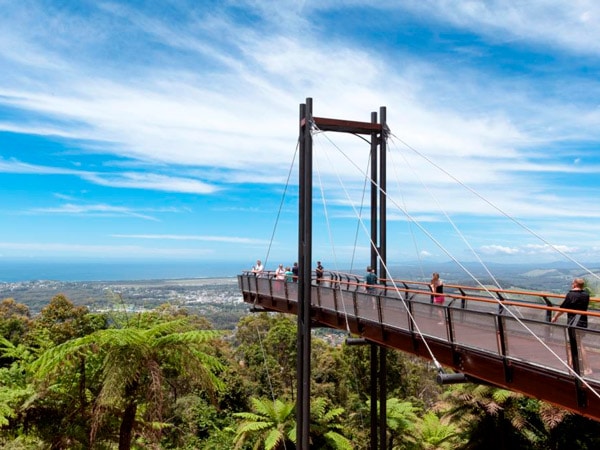 There’s evidence that the Coffs Coast is luring bright minds to the region at small batch Critters Distillery, where ex-engineer Chris Fraser has implemented a zero-waste policy, and Woopi Brewing Co, which is run by sea changers Aaron Dobner and wife Jacqui, who relocated to Woolgoolga from Wollongong.

You can also fan your fascination for the local flora at the North Coast Regional Botanic Gardens, which has a patch dedicated to sub-tropical plants from countries that share the appealing latitudinal position of 30. 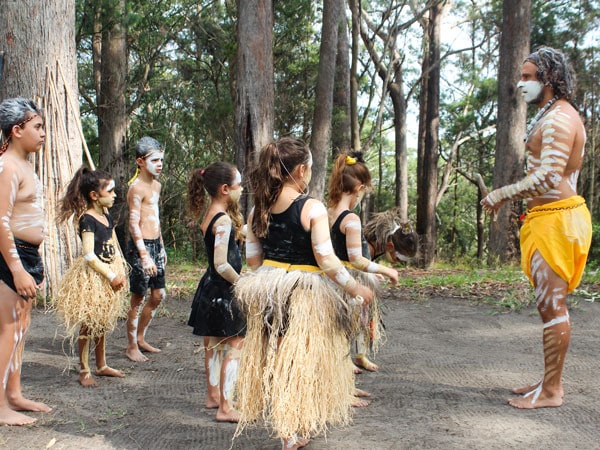 Pacific Marina Apartments are also popular for their proximity to the happening Jetty precinct, while Pacific Bay Resort’s fully self-contained apartments appeal to active types who like to alternate between playing tennis and golf, swimming, jogging or going to the gym.

You can do as little or as much as you like at Opal Cove Resort, which is located on a beautiful beachfront reserve surrounded by banana plantations, and includes a day spa, sauna, tennis court and on-site restaurant.

The Big 4 Park Beach Holiday Park is another favourite, particularly with extended families who are drawn to the sprawling resort pool, 18-hole mini golf course, jumping pillow and playgrounds.

Those looking to extend their stay in the region should look into Lunar Shores, a five-bedroom holiday home overlooking Korora Bay. The home, located in swanky Melrose Place, boasts spectacular views from every room and has an abundance of outdoor living areas to enjoy. It’s the stuff of castaway Coffs Coast fantasies. 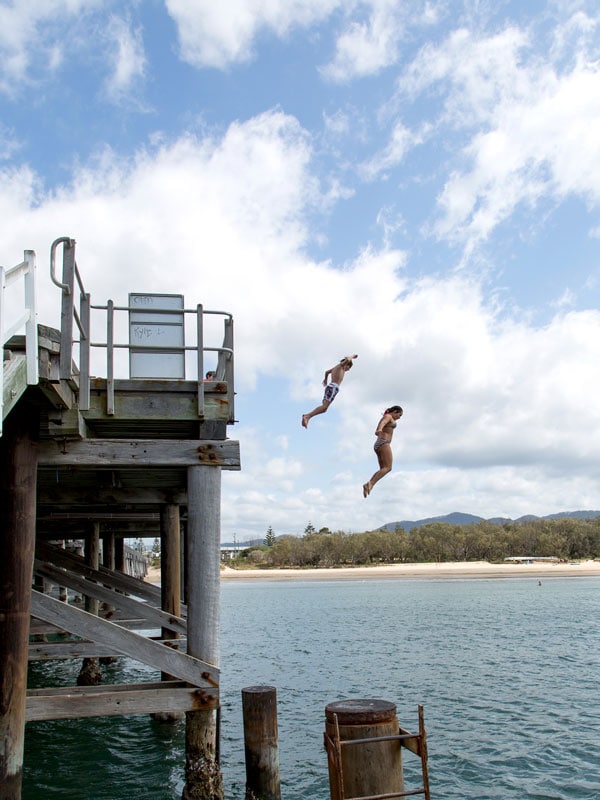 Jump for joy at the jetty. (Image: Destination NSW)

Explore more of Coffs Harbour in our travel guide or find out which other towns made it into your Top 50. 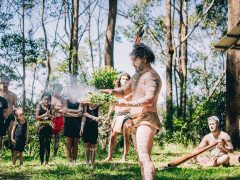 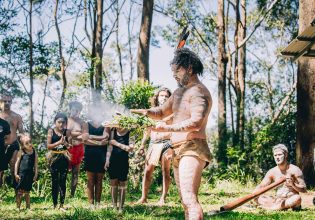 Discover the Indigenous identity of the Coffs Coast

The revival of Gumbaynggirr language has been central to the strong cultural identity evident in the local Indigenous community on the Coffs Coast/Gum... 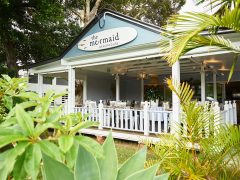 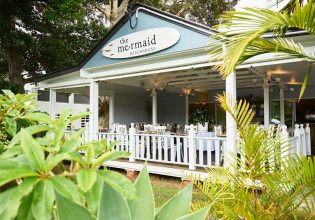 One of the simplest ways to reduce your carbon footprint while on the Coffs Coast is to support destinations and businesses that are sustainable. The... 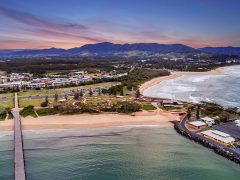 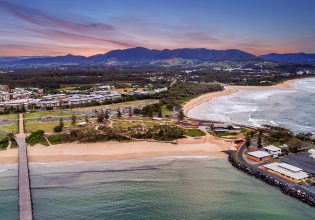 Coffs Coast: the place of plenty for all

Blessed with an abundance of natural resources, there’s something for every kind of traveller on the Coffs Coast. ‘Giinagay’ and welcome to G... 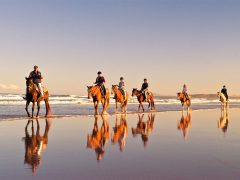 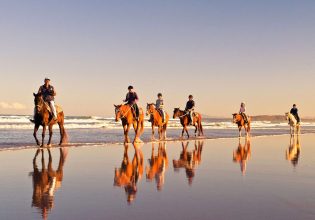 The 10 best things to do in Coffs Harbour

Go for the surf and beaches. Stay for everything else from Indigenous art to swimming with whales. There are waves being made on NSW’s Coffs Coast ... 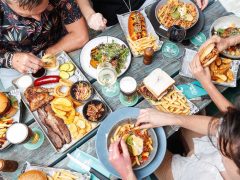 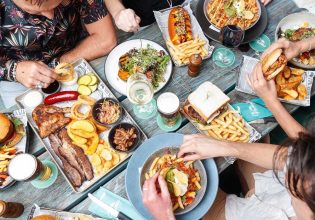 The climate in Coffs Harbour and the bounty that it yields has led to some phenomenal food and drink experiences. With a focus on local, seasonal pro... 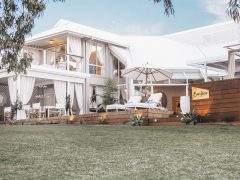 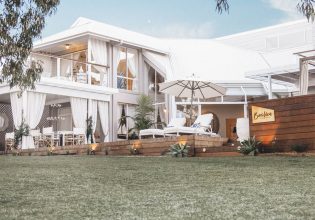