It is nigh impossible to conjure up images of the NSW North Coast’s Coffs Harbour without visualising the giant yellow banana that has become a vital stop-off point on any coastal road trip through the region. But Coffs Harbour has plenty more to offer visitors in search of a coastal retreat packed with wildlife experiences, family-friendly attractions and action-packed adventures.

Getting to Coffs Harbour

Take the scenic route to Coffs Harbour along the Legendary Pacific Coast, a six-hour drive north of Sydney or just under four hours south of Brisbane. You can fly direct to Coffs Harbour from Sydney, Melbourne or Brisbane into the Coffs Harbour Regional Airport, or catch one of two daily train services from Brisbane or Sydney.

Top Things to do in Coffs Harbour

It’s no secret that the beaches are one of Coffs Harbour’s star attractions. Surfers, road-trippers and sun-seekers make their way to the coastal haven each summer in search of the perfect wave and sun-drenched days spent on the sand. Park Beach, Jetty Beach and Boambee Beach are the three beaches closest to Coffs’ CBD. If you’re willing to take a short drive north of town you will be treated to your pick of pristine, uncrowded beaches, including Mid Sapphire, Emerald, and Moonee, Diggers, Sandy Beach and more.

Coffs Harbour’s comically large banana plantation, The Big Banana, offers more than a photo opportunity and a chance to stretch your legs. It is also home to myriad banana-related recreational and cuisine delights: choose from a bewildering selection of edible and non-edible banana products in the souvenir shop, get your adrenalin-hit on the rides at the Big Banana Fun Park, and then cool off at the Water Park.

Thrill-seekers, both young and old, can spend a day tackling an array of challenges from up high in the trees at TreeTops Coffs Harbour. Think flying foxes, cargo nets, Tarzan swings, tightropes, suspended rafts, trapezes, twisted ladders and more.

Coffs Harbour is surrounded by an abundance of natural beauty that includes mountain escarpments, rainforests and more than 90 kilometres of pristine beaches. There are a number of vantage points to take it all in and the best Coffs Harbour lookouts include the Sealy Lookout Forest Sky Pier, Griffiths Lookout, Muttonbird Island and Look At Me Know Headland.

Holiday-makers take to the water at every chance they can get during a stay in Coffs Harbour and it’s no surprise that kayaking, diving and whale watching top the list of must-do activities.

Immerse yourself in the soothing sounds and sights of nature as you kayak or canoe the rivers and creeks that flow through the Coffs Coast. There are plenty to choose from, including Bonville Creek in Bongil Bongil National Park, Boambee Bay Reserve, Coffs Creek and more if you’re willing to travel further inland.

As tens of thousands of humpback whales migrate along the NSW coast between May and November each year, Coffs Harbour transforms into a prime whale-watching destination. Mothers and calves can be spotted at play in the Solitary Island Marine Park’s sheltered waters and there are numerous vantage points along the coast and cruises that allow visitors the chance to observe these majestic mammals in their natural habitat.

Take your pick of Coffs Harbour markets: there is the Harbourside Market (held every Sunday 8am to 2pm) lined with stalls selling everything from fresh local produce, chutneys, homemade jams and pickles to gifts, homewares, ceramics, jewellery, toys, fashion and accessories. From the first Friday in October to the middle of April you can dine alfresco at the Twilight Food Market. For more edible delights check out the Coffs Coast Growers Markets in the City Square on Thursdays from 8am to 2:30pm.

Between two humble beachside hamlets on NSW’s Mid North Coast – Red Rock in the north and Urunga in the south – lies 70 kilo...

From intimate beaches to untamed rainforests, the NSW Coffs Coast combines a treasury of attractions without the crowds. After tra...

Surrounded by mountain escarpments, rainforests and more than 90 kilometres of uncrowded beaches, with plenty of sand to roll out ...

You could say it is almost a rite of passage for Aussie families on their annual road trip to make a pitstop at the Big Banana in ...

Somewhere amongst the banana leaves of Coffs Harbour is a garden oasis… or so say the rumours.   I’m stretched out...

Opal Cove Resort is located on the beach is the ideal location to explore Coffs Harbour and regions beaches, mountains and rainforest. Their stylish rooms come in a can be configured to cater to families, groups and couples.

Friday Creek Retreat offers nine secluded luxury cottages nestled in the valleys outside of Coffs Harbour. The five star resort has a tiered swimming pool, tennis court and is pet-friendly.

If it is prime location in the heart of Coffs Harbour you seek, then head to Park Beach Holiday Park. The park has a resort-style pool with slides and a giant tipping bucket, is moments away from the beach, creek and eateries. Stay in a villa, cabin, or choose from range of camping and caravan sites.

Woolgoolga Beach Caravan Park is 20 minutes outside of town for those in search of a slightly small town location within walking distance to cafes, restaurants and the town’s shopping village. The beachfront property offers powered camping sites and villas.

Immerse yourself in nature at Sawtell Beach, surrounded by bushland and the pristine estuary. Located 15 minutes outside of Coffs Harbour, the park features a swimming pool, tennis court, camp kitchen, flying fox, BMX track and more.

There are a number of budget campsites available along the Coffs Coast for those who are fully-equipped for a more rugged escape.

Station Creek has 20 camp sites situated by a creek with beach access, located in Yuragir National Park. Ulong Showground is halfway between Coffs Harbour and Dorrigo and offers unpowered sites along the creek. For a grassy, pet-friendly campsite, head to Glenreagh Recreation Reserve for powered and unpowered sites for tents and caravans.

Sapphire Seas Beachhouse is a scenic stay, just north of Coffs Harbour on the NSW north coast. It's just the kind of knock-out sum... 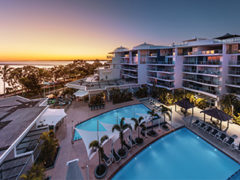 With over 55 properties across Australia, flexible booking policies, including free cancellation, stop the dreaming and start the journey to your Australian adventure. 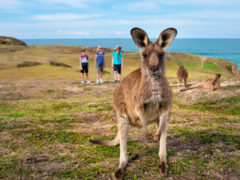 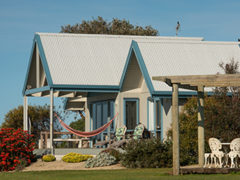 2 people $785 or 4 people $1,185 – Stay in stunning, beachfront accommodation with its own little beach tucked into the coast of Waratah Bay.

With over 55 properties across Australia, flexible booking policies, including free cancellation, stop the dreaming and start the journey to your Australian adventure.

2 people $785 or 4 people $1,185 – Stay in stunning, beachfront accommodation with its own little beach tucked into the coast of Waratah Bay.

Discover the amazing natural landscapes of Tasmania on this luxurious 10-day tour.

Our haven needs a hand

Holiday Haven have put together a list of small actions that can make a big difference for businesses/local operators affected by the recent fires in the Shoalhaven region.

Kiama is calling: your south coast stay 90 mins away

Whether you need to unwind or indulge, the Kiama area is your idyllic South Coast stay.

Voted one of the best scenic drives in Coffs Harbour: Waterfall Way is a must-do adventure. As you travel from the coast...

Café culture is thriving in Coffs Harbour and surrounds with plenty of top notch establishments serving quality brews alongside a delectable smorgasbord of breakfast and lunch options. Depot in Coffs Central delivers an eclectic menu of cuisines and a caffeine hit that’s guaranteed to satisfy the coffee aficionados.

The Hilltop Store in nearby Sawtell is a beachside eatery helmed by the ex-head chefs of Sydney’s Chiswick and 4Fourteen. The Kiosk, at the Sawtell Surf Club, has an all-day breakfast menu, a selection of fresh and deep-fried favourites for lunch and WILL&CO coffee.

White Salt in Woolgoola is worth the short drive out of town for some of the best seafood on the Coffs Coast. If you’d prefer something with a bit more spice you get your Thai fix at The Crying Tiger or hit up the town’s family-run Indian restaurant Oberoi’s.

For quality pub grub combined with a relaxed vibe, spend the afternoon at the Coast Hotel. Soak up the sun on the deck or sink lazily into the couches scattered throughout the beer-garden.

The Hoey Moey backs onto Park Beach and boasts the only beer garden on the beach in Coffs. Famous for hosting live music and the best Sunday Session on the coast paired with great food and ice cold drinks.

CChange Adventures have all the essential equipment for hire to get you out on the water during your stay. Learn to stand up paddleboard, join a kayak eco-tour or even catch a free ride up the river to then paddle down the ride. They also offer white water tours on the Orara and Bellinger Rivers for those seeking an adrenalin-hit.

If you’re visiting during whale watching season from June to October there are a number of outfitters to choose from. For a more intimate option The Whale Watch Experience takes a maximum of 23 guests on their open deck boats. Jetty Dive Coffs Harbour cruises out into the waters of Solitary Islands Marine Park for an up-close look at these majestic mammals in their natural environment