Why New Acton is Canberra's ultimate designer day out 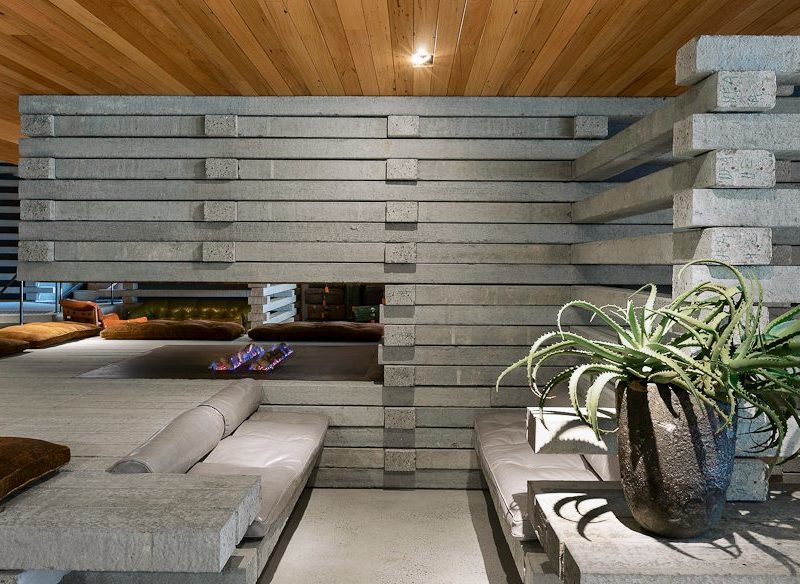 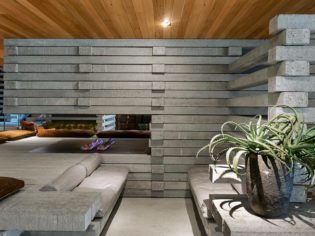 In Canberra, a capital was designed and created from a town to become greater than the sum of its parts.

It’s a tradition that has been continued in the newly designed and evolved NewActon, centred around the impossibly hip Nishi building.

From my position in warrior pose, the flagpole atop Parliament House is at the tip of my outstretched right hand. As I sink into the yoga stance, I watch a lone kayaker spear through the glassy waters of Lake Burley Griffin.

On the eighth floor, above NewActon’s achingly hip Hotel Hotel, the pace is set for a perfect day in one of Canberra’s coolest ’hoods. NewActon Precinct, in its present form as a cutting-edge design hub, was only completed in 2013. The award-winning Nishi building, a Japanese-inspired, sustainably designed architectural gem, is at the centre of the NewActon aesthetic and ethos.

Housing both residential apartments and Hotel Hotel, the details of its public spaces are beautifully considered, from the cool, concrete-clad fireplace in the hotel’s Monster Kitchen and Bar to the infinitely Instagrammable Grand Stair, made from reclaimed wood from sources as diverse as a dismembered house and an old basketball court.

The remainder of NewActon hasn’t missed out on any of this design-led curation, either, making the precinct one of the rare places where the adjective ‘hip’ truly applies. It’s the sort of place that gets design junkies all steamed up, and is a great example of how new neighbourhoods should evolve.

Having begun with a virtuous bout of yoga (free for Hotel Hotel guests, but everyone’s invited), it seems only natural that a very decent breakfast should follow. Happily, in NewActon, very decent food offerings are never more than a three-minute walk away.

This morning, the cosy corner café of Mocan & Green Grout wins out over the equally worthy A. Baker. As my choice of venue is clearly a hit with the locals, you’ll always find people milling about, waiting for their morning takeaway fix or for a seat inside, where rough woods, leather, and curious furnishings send out bush-cabin vibes.

Oscillating between robust fried eggs, chorizo, guindillas (a type of chilli) and corn puree, or the less guilt-laden smashed eggs with goat’s curd and black garlic, I keep my halo intact and opt for the latter.

After breakfast, you could indulge in a treatment at La Bimbi spa, head to a movie at the Palace Electric Cinema, housed in the Nishi building, or muse over the latest exhibition at the petite Nishi Gallery.

Being a creative precinct, there are often events to check out, from performance art to markets but, if not, a stroll across the overpass will take you lakeside. Should you feel actively inclined, you could follow a path along the shore, as I did, to the National Museum of Canberra.

Remember to take a look over your shoulder every now and then, to behold the Nishi building cutting an origami-like figure across the lake.

After all that activity, you’ll likely be in need of a little sustenance, so head back past Mr Spokes to Westside Acton Park in nearby Acton.

Some clever people decided this prime lakeside spot could benefit from a little activity, so they stacked a bunch of shipping containers together to create a street-food jam, bar and event space. The bar, Aviary Rooftop, is up top, all canary yellow and pallet furniture.

Aviary is hands-down the best place to spend a lazy afternoon, taking in those iconic Canberran views across the lake. Before you settle in, though, fill up downstairs at one of the many street-food stalls set up inside old shipping containers.

Miss Van’s Street Food pumps out fresh Vietnamese and Laotian favourites, and the (fiery) hot tip is to opt in for their homemade chilli sauce. There’s also Indian, Middle Eastern, classic sandwiches and other snacks to be enjoyed.

Aviary Rooftop has removed my halo, and the late afternoon seems set to unwind in a similar vein, so it’s back across the overpass to pop into a couple of cool bars. First stop is the QT’s Capitol Bar & Grill for a G&T, where some politically themed quirk goes down perfectly.

Then onwards to A. Baker’s basement bar, a little moodily lit bunker beneath the restaurant that feels a world away from anywhere. You could continue on to Parlour Wine Room for an elegant morsel, but I have a date with a Monster, back at Hotel Hotel. Chef Sean McConnell’s menu is designed to share, so bring as many friends as you can rustle up.

The Asian mash-up style of the menu seems to reference the building, with additions such as katsuobushi (dried tuna flakes) and togarashi (seven-spice mix), but the theme doesn’t overwhelm the impeccable produce.

The roasted bugs’ tails and pulled lamb shoulder are superb, made all the better with help from the resident sommelier. The glow from the bar’s fireplace draws replete diners to its side, where recounting a perfect day seems only natural.

I’m eight floors below where my day began and, while I may have come down from a lofty morning in more ways than one, my opinions of NewActon as a dynamic, artfully minded neighbourhood stand even taller than its flagship building. 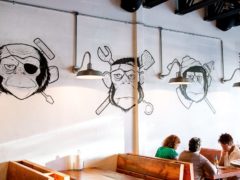 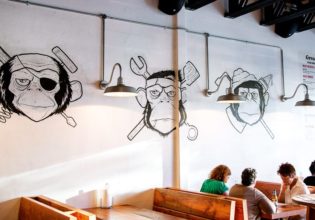 What to do in Braddon – Canberra’s go-to eat street

Once a strip of auto stores and car yards, Braddon is wearing its new eclectic eat-street rep with ease. Set aside plenty of time to discover just h...