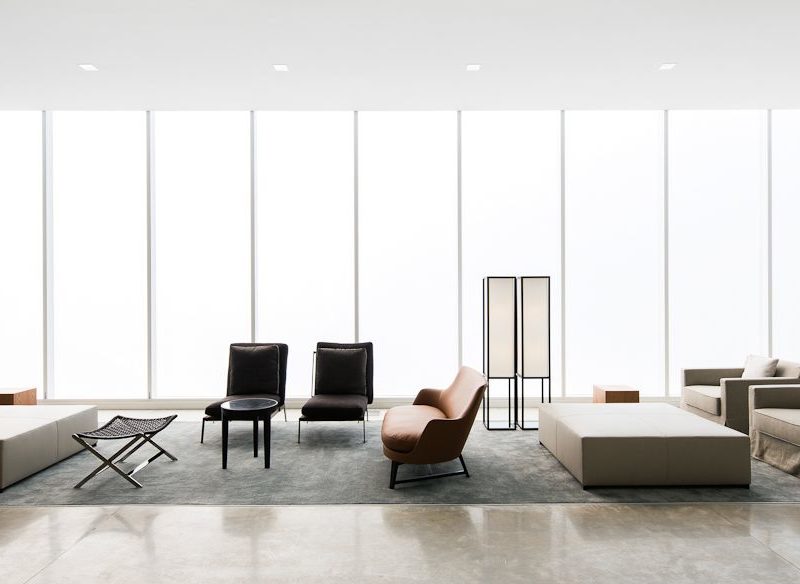 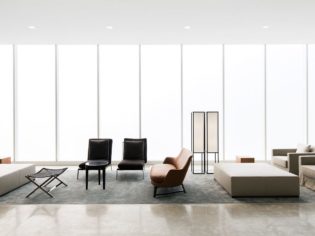 Explore Canberra’s museums and galleries from this perfectly designed hotel.

Vast swathes of Canberra are how I imagine much of California’s Silicon Valley to feel, all manicured lawns bordering start-ups’ offices and research labs.

The capital really is starting to feel cutting edge, partly thanks to a raft of new hotels, architecturally considered on the outside and carefully curated within, where the likes of Brin and Zuckerberg would surely feel at home.

The Little National Hotel is one such establishment. From a distance, it resembles a rather brutal black box, but up close different materials give it texture, perforated metal enabling partial views of the interior, while strips of LEDs set it off with a futuristic glow at night.

Intriguingly, the lobby occupies the ground floor, while its 120 rooms sit on the top fifth and sixth floors; the rest of the building takes the form of a carpark so discreetly concealed you’d never know it was there, ingenious use of space. The lobby immediately sets the tone, echoing that of the National Gallery down the road, with polished concrete floors and an extra from Minority Report behind a pine desk who efficiently processes our arrival. 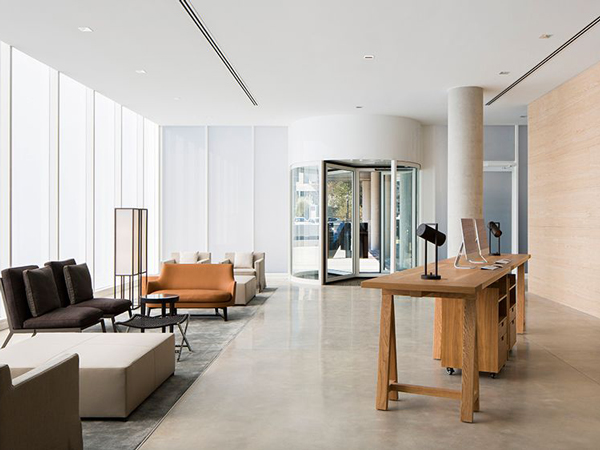 Like the building as a whole, our room is a masterclass in space management and simplicity. Wide, dark timber floorboards provide a welcome natural texture underfoot and earthy tones complement a contemporary scheme of muted greys.

And if the Little National feels futuristic then it takes the form of a Far Eastern utopia. A window takes over one whole end of the room affording views of a bamboo garden, yet somehow the space remains completely private.

Two blinds are activated by bedside switches; one brings down a cream canvas that evokes a traditional Japanese rice paper wall, while the other blocks the light completely. An oriental tea set greets you by the bed and what a bed it is, a king that fills the space from wall-to-wall.

It’s so comfortable we found it hard to avoid napping when we should have been perusing Cook’s diary or admiring Pollock’s Blue Poles, especially with free movies to watch on a TV on the wall above. 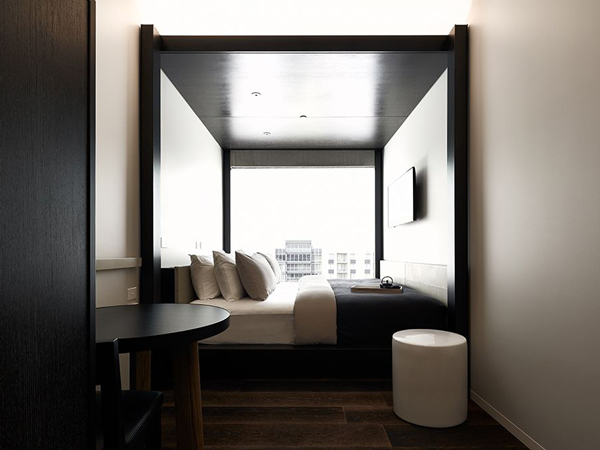 It’s hard to avoid napping on the comfy bed.

A sleek bathroom with rainfall shower and Apelles products completes a very stylish pad indeed. Remarkably, there’s even room for two wonderful shared spaces in the Little National: the Lounge and the Library.

Surrounded by floor to ceiling glass, both offer views of Capital Hill and are perfect spots to read a newspaper in one of the armchairs. Paper sculptures by artist Benja Harney, inspired by origami, adorn the adjoining corridors and draw the subtle Asian theme together.

Things have clearly moved on in Canberra since Bill Bryson walked its streets looking for a place to eat in vain. We opt for pizzas at Ostani, over the road at sister hotel Realm, and one of six restaurants in the ‘Realm Precinct’. This is a collection of businesses from which guests can place all charges to their rooms (you can also use Realm’s gym and spa if you’re staying at the Little National). Buvette, a French offering, is closed for the holidays, which may account for Ostani’s staff being a little overwhelmed. But perhaps this is the future of urban areas: privately owned districts with their own micro-economies. 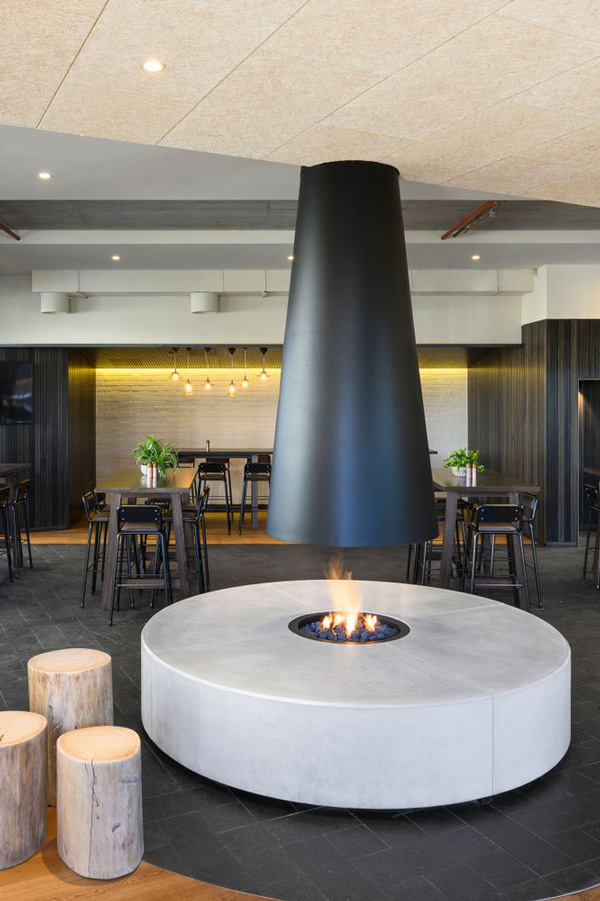 Indeed, the Little National is a little like Canberra itself: small but perfectly formed, and with an eye on things to come.

A sophisticated, perfectly formed hotel; the ultimate place to crash after a day of perusing Canberra’s cultural greats at the National Library and Gallery.

We rated: The calming, Far Eastern-infused room and the comfiest ever king-size bed.

We’d change: Ostani Bar & Restaurant was bursting at the seams and the staff were overwhelmed.

Notes: A quick hop over the road to Realm and its sauna, steam room and pool is the best way to re-energise legs to do it all again the next day. We paid $155 per night.

On where to eat, shop and sight-see in Canberra, check out travel guide to this great (and sometimes overlooked) capital city.