Inside Australia's original 'micronation': the principality of Hutt River 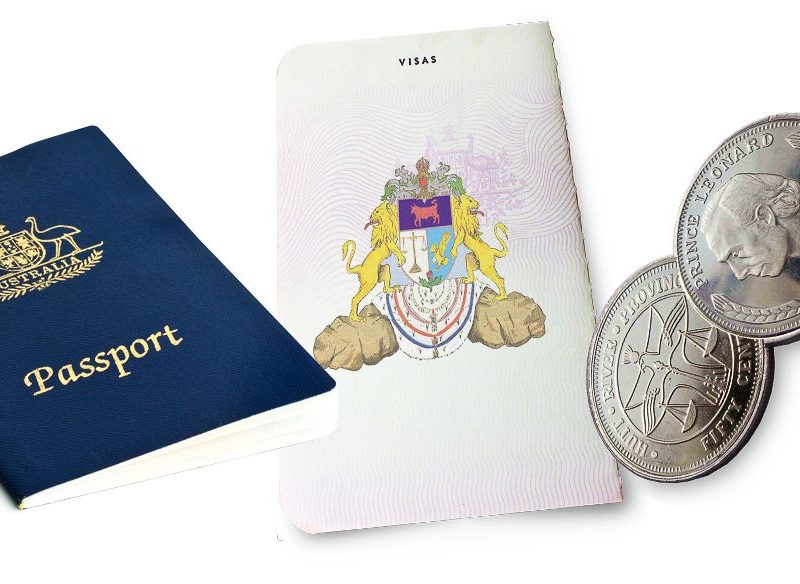 Whether you consider him a dutifully serving prince or simply an eccentric old man, the HRH of Australia’s original micronation continues to amuse travellers, says Richard Asher.

Once upon a time there lived a wheat farmer. His name was Leonard, and he lorded over vast and fertile lands in the state of Western Australia. Leonard was a peaceful man; married with children. But if he felt wronged by you, he wouldn’t let it rest.

The Western Australian government, which lorded over Leonard’s property outside Northampton, was one such party. In 1969, it issued a wheat quota limiting his permitted sales to 1647 bushels. For a property the better part of 8100 acres, this was nonsensical.

After his protest letters fell on deaf ears, and ‘compulsory acquisition’ was mentioned, Leonard did what any sensible man would do: he announced his secession from the Commonwealth of Australia. And henceforth he’d be known as Prince Leonard, if you please. The new nation, born on 21 April 1970, would be called Hutt River Province.

Since then a thesis-worth (just ask the Norwegian post-graduate who wrote it!) of squabbling about the farm’s status under international and state law has gone on between Canberra, Perth and the Hutt River ‘capital’ Nain. But HRH Prince Leonard, at 88 years, still maintains he is the leader of an independent nation.

His larrikin move all those years ago inspired other ‘micronations’ on this continent, from Tasmania’s Grand Duchy of Avram, to Rainbow Creek in Victoria and Bumbunga in South Australia. But what is now known as the Principality of Hutt River remains the model, because Leonard has gone to town with the whole business.

You have to visit to really understand this. Hutt River welcomes campers and curiosity-seekers alike, and it was with some interest that I rolled into Nain, just a few hundred metres from the unmanned farm gate. If I didn’t know better, I’d say this was just another farm.

Then I notice a large bust of Leonard, giving a sly wink to passers-by. It’s the first indication that he’s not mad, just committed. And he wants you in on the joke. I’ve heard that he still gives enthusiastic tours to visitors, but he’s travelling internationally (which could simply mean a run to Geraldton) on the day I visit.

Instead we’re shown around – no charge – by one HRH Prince Wayne, who is too modest to mention that he’s also Minister for Foreign Affairs. Modest, or perhaps embarrassed: I get the impression that he’s a little weary of keeping up dad’s long-running game for strangers every day.

We peruse the dusty museum, filled with persuasive artefacts such as Hutt River Knighthood certificates, HRH’s Honorary Doctorate from Buckner University and a personal blessing from Pope John Paul II. There’s also a letter from Kevin Rudd’s people, in which the then-PM politely declines an invite to Hutt River’s 40th anniversary celebrations in 2010.

I take a peek at Leonard’s (even dustier) collection of Mercedes, replete with HRP number plates and door-side royal crests. Down the track, past a rather less regal silver Commodore station wagon, stand all the trappings of Wheat Belt agriculture: silos, tractors, sheds, rusting hulks, water tanks.

I experience a breeze that feels just like a regular Commonwealth breeze. It whistles through the hardy grey-green grass, gum trees and scattered corrugated metal. It moves between rust-tinged earth and a vast sky of vaporous clouds. All quite West Aussie, in other words.

But just when the ordinariness of it all starts to make me forget the whole nation-state thing, I notice the understated red-brick government buildings. The post office. The chapel. The miniature golf-course, seemingly long-abandoned, but guarded nonetheless by a roo-and-joey statue.

I’m determined to try out the postal service, and see if a postcard to my parents in the UK will actually arrive. I ask if I can pay using the set of Hutt River dollars I’ve just bought and Wayne says, with a straight face, that I can. At first I think I’m getting a terrific bargain, because I’ve paid $4 for a heap of 10s, 20s and 50s, just a couple of which I use for my stamps. Only later do I realise that most of the notes are cents, not dollars, and that the 1:1 exchange rate is exactly that.

HRH Prince Wayne then does an odd thing. He puts the postcard inside an envelope, seals it, then puts a stamp on the back. I’m told to address the front. Apparently the current arrangement with Australia Post is that the Northampton depot will only handle Hutt River mail if the stamp is on the back.

It’s nearly time to go. I get the obligatory stamp in my passport. On the way out, I notice a special outdoor display. Here I find a framed letter from the ATO, dated 2008, declaring ‘Mr Leonard G. Casley’ to be ‘a non-resident of Australia for tax purposes’. Not quite recognition of sovereignty, but a reminder that Prince Leonard got what he wanted. If ever I saw a ready-made script for a sequel to The Castle, the Hutt River story is surely it.

And the postcard? It arrived just fine.