The sleepiest beach breaks on the NSW South Coast 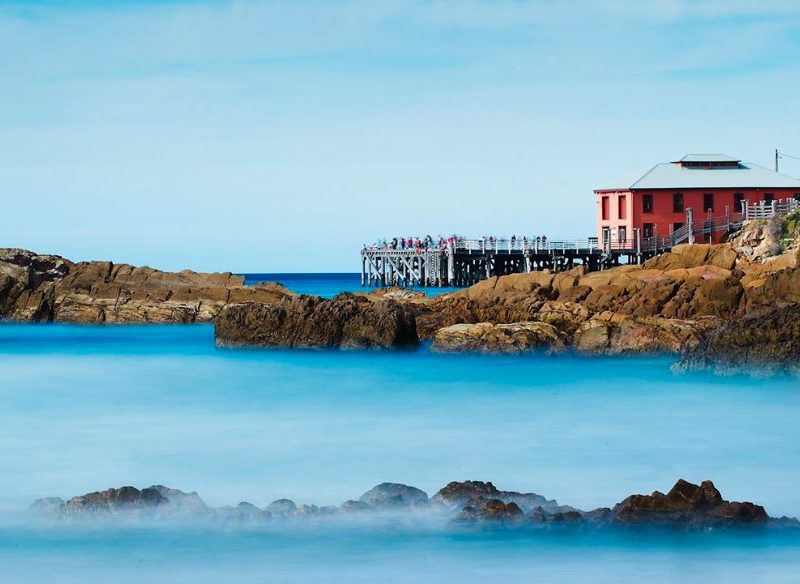 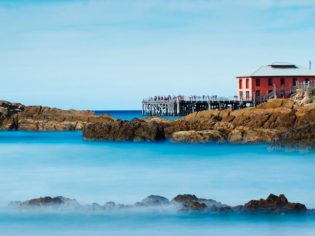 Memories of burning your feet on hot sand and gobbling down fish and chips quick enough to displease any lurking gulls is worth a trip down memory lane on NSW’s South Coast. Words by Megan Arkinstall

Jervis Bay is pretty much smack bang in the middle of the South Coast and famous for its unspoiled white sand beaches and clear turquoise waters. And that’s all you really need for a summer holiday, right?

One particularly lovely swimming spot is Honeymoon Bay, a rock-bordered beach amongst a natural bush setting. Don’t be deterred by the name though, it’s perfect for families! And if you decide one day here is not enough, you can set-up tent – camping is available via a ballot system so it doesn’t get overcrowded. Now that’s a classic beach break. 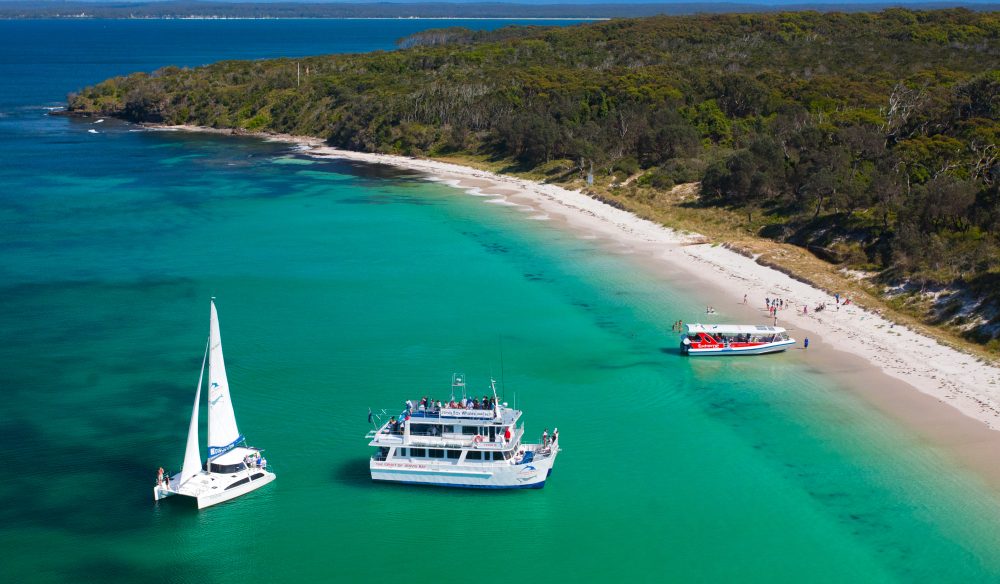 Whales, dolphins and beaches, oh my! Jervis Bay is a whale-watchers haven

Hyams Beach, on the other hand, is a little busier, but well-worth visiting – it’s in the Guinness Book of Records for having the whitest sand in the world, after all. Like most beaches in the area, it’s protected and hardly gets any swell; great for kidlets to paddle around in.

If you feel like exerting some energy after lazy sleep-ins, you’re spoilt for choice with outdoor activities; it’s no surprise that the snorkelling and diving is amazing, but there’s also fishing charters, kayaking, bird watching and many walks through the national parks.

Another highlight is the choice of coastal walking trails in the area, particularly the track from Wreck Bay village to St Georges Head, which passes a number of quiet beaches, cliffs and forests. Or try the White Sands walk from Greenfield Beach to Hyams Beach.

The big attraction (and we mean big) can be seen from May to November; majestic whales make their way past the South Coast as part of their 5000-kilometre migratory journey.  Jump on a whale-watching cruise from nearby Huskisson, the main town in the area (the local Husky Pub has cheap and cheerful grub, too!). 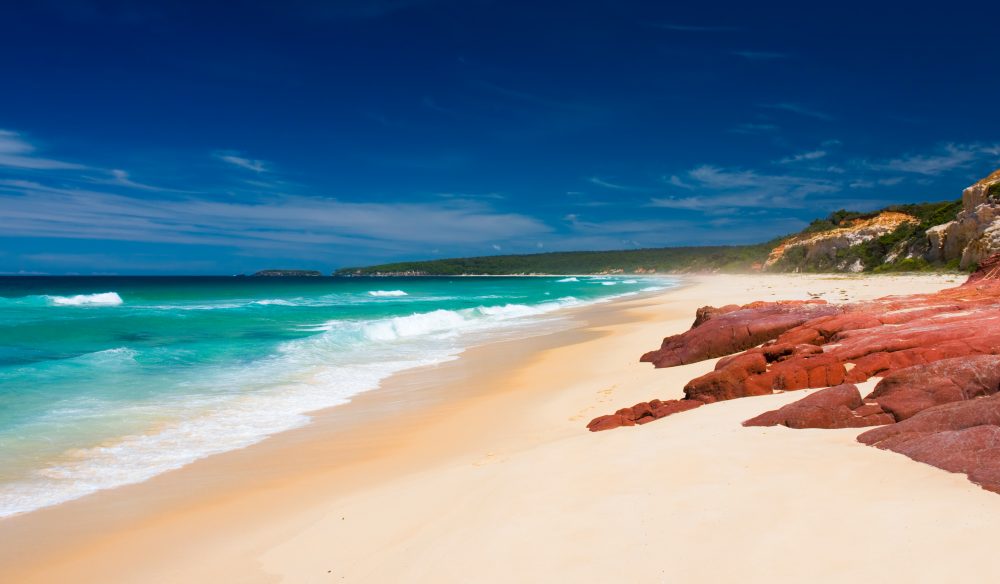 Perched on the promontory that juts into Twofold Bay, Eden is surrounded by national park and has the third deepest natural harbour in the Southern Hemisphere. It’s the southern-most town on the South Coast, only one hour from the Victorian border.

The town is rich in whaling history – you can wander the ruins of Davidson Whaling Station, the longest-operating shore-based whaling station in Australia. There’s also a Killer Whale Museum displaying boats, whaling gear, photographs and nautical apparatus – and the town is home to the annual Whale Festival (26 October – 3 November).

The town is still a working fishing port – if you head down early in the morning, you may see your dinner before it reaches your plate! The seafood here is as fresh as they come, naturally.

The surrounding Ben Boyd National Park is made up of 45 kilometres of rocky coastline with many picnic and fishing spots plus a number of walking tracks. Adventurers should try the 30-kilometre Light to Light walk – it will take you along rugged coast with incredible bright red rock contrasting against sapphire blue water.

Stop along the way at Green Cape Lighthouse, or, indeed, overnight. The two restored keepers’ cottages boast open fireplaces and quaint nautical décor. Guests will have views across one of the most treacherous sections of the south coast, the aptly named Disaster Bay – it’s no surprise that many shipwrecks lie here. You may even see some seals or dolphins frollicking by.

The family-friendly Aslings Beach is also known to have friendly finned visitors too. 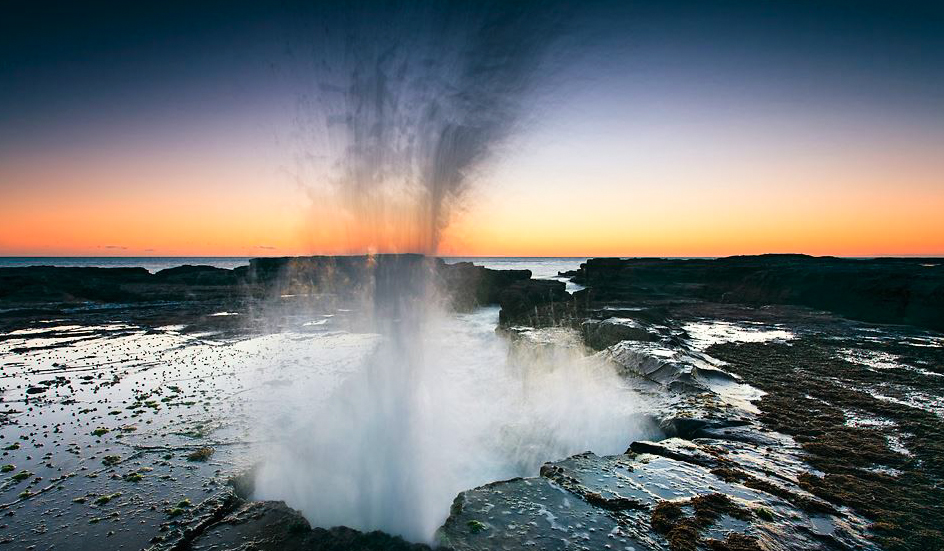 Kiama’s name comes from the Aboriginal word Kiaram-a, meaning ‘where the sea makes a noise’ – a reference to the famous Kiama Blowhole. The spectacular plumes of water noisily erupt through natural holes in the coastal rock, thrilling the crowds that gather around it.

Blowhole Point is also home to Kiama Lighthouse and its heritage pilot’s cottage, now a museum about the area’s history. North-east of the point is Kiama Harbour, lined with fishing boats, a seafood market, stores (including mandatory fish and chip shops!) as well as two rock pools.

Visit famous local Daisy, the paper mache cow in the main street, who is regularly painted in different designs by locals – a nod to Kiama’s cheese heritage. (The coastal area is also a picture of rolling pastures and quaint villages with 15 vineyards; ah, the best of both worlds.) 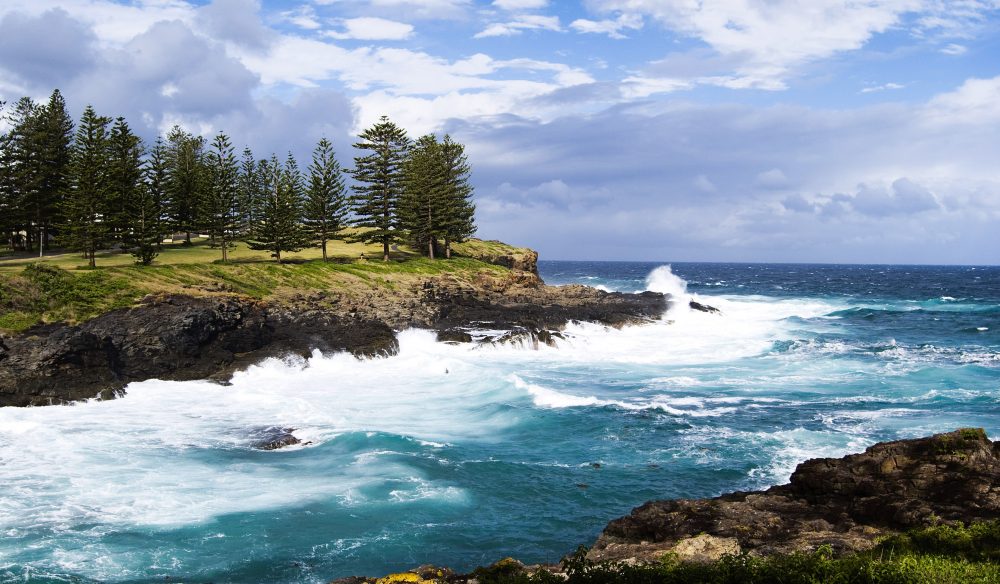 Country on the coast – The rocks at Kiama

Back on the coast, the best way to explore is by foot. The 22-kilometre Kiama Coast Walk begins at Minnamurra, on toward Blowhole Point passing beaches and bays before ending at Werri Beach near Gerringong. The beauty of this walk is you can stop and snorkel along the way at Jones Beach, Bombo Beach, Kiama Harbour or Cathedral Rocks – a series of volcanic rocks that have been eroded for many years, leaving mysterious rock formations.

There are plenty of surfing beaches too, but Easts Beach is a haven for little ones, with a small lagoon protected by headlands. 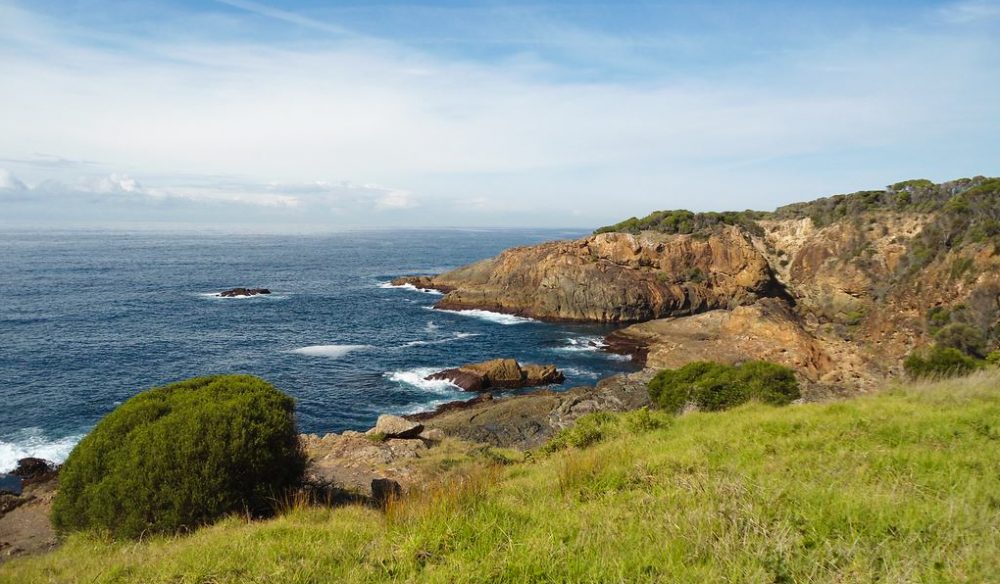 Sapphire sea – Tathra is ideal for surfers and fishermen alike

This quaint township, located on the Sapphire Coast, is sandwiched between two national parks; Bournda to the south and Mimosa Rocks to the north, which is a 17-kilometre strip of rugged coastland popular with surfers, fisherman, snorkellers, bird watchers and walkers. All you need for a Tathra holiday is your swimmers, thongs and beach cricket gear.

The town itself is clustered around an historic wharf built in 1861 – the only remaining coastal steamer wharf in NSW. And this is where most of the action happens – there’s a café here that hires out fishing rods to try your luck. Below the wharf fur seals and fairy penguins can be spotted from the colony at nearby Montague Island.

But if you’re just coming to laze on the sand, Tathra Beach stretches around three kilometres and is patrolled by a 100-year SLSC. It’s popular with surfers but families will love the tranquil Mogareeka Inlet at the northern end of the beach, a great spot for swimming or to throw in a line (even better, launch your boat here and head upstream for flathead).

In fact, Tathra came in at number 41 on AT’s 100 Incredible Travel Secrets list earlier this year – no mean feat for a sleepy town in our beautiful country. And we must say, the people who voted (i.e you) weren’t wrong.