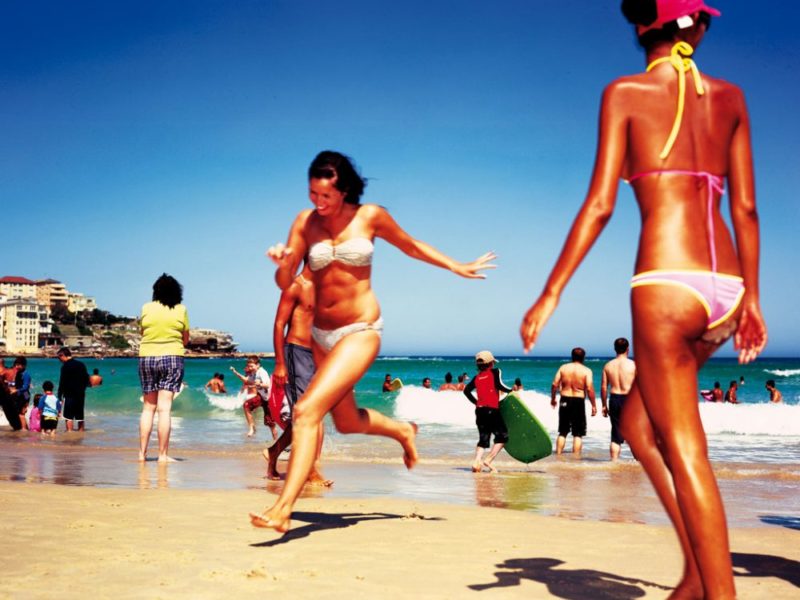 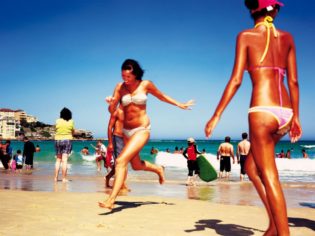 Photographer Ali Nasseri was born in Tehran in 1975 and emigrated to Australia in 1982. He ditched his career as a solicitor after falling in love with life through the lens. Ali spent four years documenting life at the water’s edge on Bondi Beach.

“Bondi is a microcosm of multiculturalism,” he says. “It’s the most diverse 800m strip of land in Australia. Bondi is what the future of Australia looks like. Wind back the clock to 1937 and Bondi was all about the bronzed Aussie, as captured by Max Dupain in his iconic photograph The Sunbaker. Now, everyone is on the beach – families on the grass at North Bondi, the gay and lesbian community in front of the North Bondi Surf Life Saving Club, groups of boys from the Western Suburbs playing soccer in the middle of the beach, Brazilian girls in revealing bikinis at the south end – there’s a place for everyone at Bondi.”

Shot entirely on film, the images in Ali’s book Bondi Republic ($49.95, Allen & Unwin) capture the spirit of summer. Produced in conjunction with creative director Andrew Hoyne, who designed the pages and narrates Ali’s images, the book begs the question: why would you want be anywhere else? bondirepublic.com.au

There’s no better place to be young and in love than Bondi in summer. All of Ali’s shots are unposed – he’d approach people on the sand, have a chat and snap them with a Rollei medium-format camera. “You don’t hold the camera up to your face and look through the lens – you look down into it from above, which gives you the freedom to have a relaxed conversation and just wait for everything to line up. With this image (image 3), I saw the guy with the metal detector walking along the beach so I waited for him to come into the frame before taking the shot.” Usually those guys wait until dusk or appear in the early morning to snap up lost watches and dropped change – it’s strange to see one on the beach during the day.

Sydney’s most famous beach is not all just about the sand. At the northern end of Bondi, swimmers jump in the water from Slip Rock (image 4). “Just around the corner from Slip Rock there is a blow hole that goes off in big surf,” says Ali, describing image 5. “It gives teenagers an addictive rush – not to mention scars and bruises – as they jump in where others would turn and run.”

Images 6 and 7 – LIFESTYLES OF THE FIT AND AGELESS

At the southern end of the beach, Bondi Icebergs is a local institution. Its Pool Club offers ideal vantage points for seeing Bondi in its full glory (such as a sauna with a window overlooking the ocean), but it’s the winter activities that take place in Icebergs’ ocean pool that are truly legendary. Pictured are members of the Icebergs Club – to qualify you must swim here at least once a week during winter for five years. But anyone can grab a beer from the bar, sit on the balcony and soak up the view.

“This is one of those shots that just came together,” says Ali. “It’s completely unstaged. Because it’s shot on film I had to cross my fingers and hope that when it was developed the Sikh and blonde were the right distance apart. I was so happy with the result.”