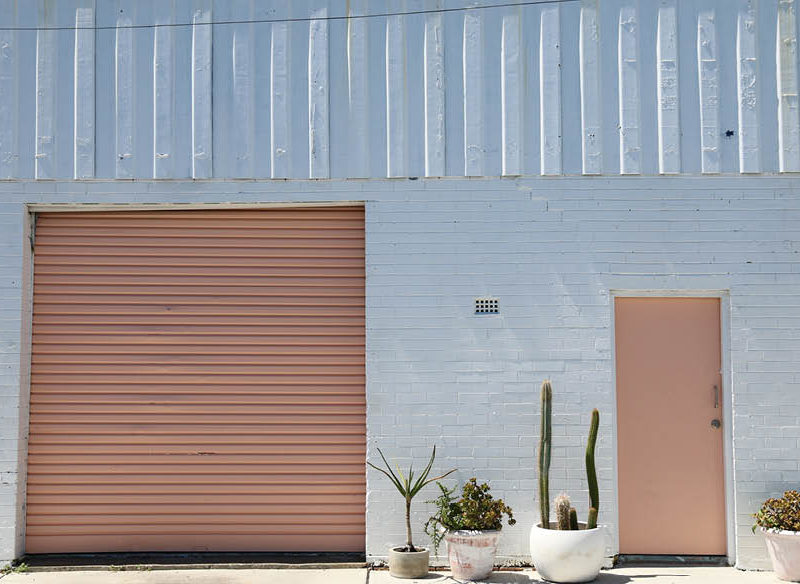 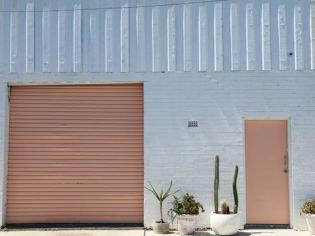 Once a metaphoric wasteland of chain restaurants and massage parlours, Mermaid Beach is now as cool as its name, with Margot Robbie and Matt Preston among its biggest fans.

Behind a nameless white barn door, underneath a giant massage parlour sign, a small izakaya is thumping on a Wednesday night. As I walk towards the back of the narrow restaurant, the timber wall to the right of me curves towards the bar like The Great Wave heading straight for the myriad Japanese whiskies lined up in all their distilled glory. A gnarled tree grows from the centre of the room, while illuminated signs pop from the decoupage wall of Japanese comics and magazine pages above diners’ heads, telling them to “have a nice day”.

It would be hard not to, after a dining experience like this. Etsu Izakaya has been a best-kept secret of Gold Coast locals for three years now, hidden away in a nondescript Mermaid Beach address – once a dining wasteland where Sizzler and putt putt reigned supreme, and at first glance, still do. 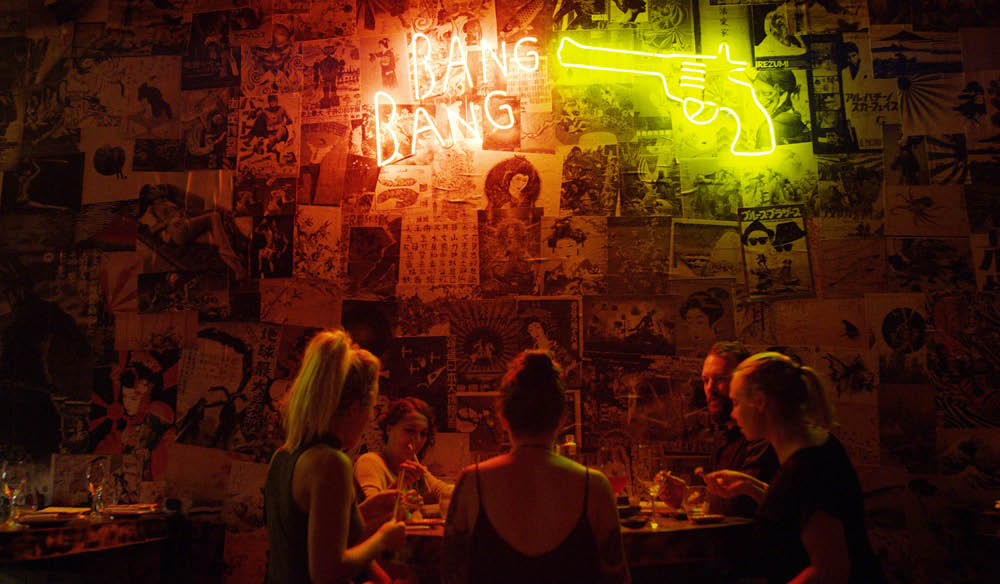 Friends eating at Etsu restaurant under neon lights at night

But in the past two years, change has been quicker than Ariel’s transformation from mythical fin-tailed beauty to landlubbing songstress and now the suburb is as cool as its name – a name bestowed after explorer John Cutter discovered the nearby Tweed and Brisbane rivers on the HMS Mermaid.

Forging its own identity between Broadbeach and Burleigh, Mermaid Beach is more than the sum of its highway stops. Aside from the foodie pioneers, there’s new vegan cafes and clothing store collaborations (Lovechild Place), night markets in laneways once used by mechanics, coffee roasters and a nursery attracting attention to the ’burb with the power of peach.

‘Gram it: The Borrowed Nursery 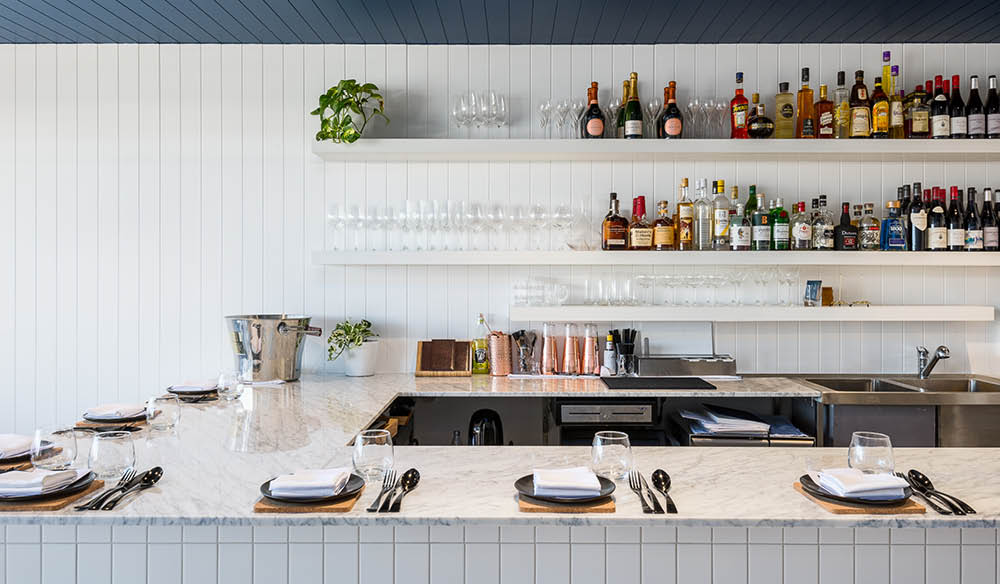 “The front door is just ridiculous, it’s funny how that’s taken off,” laughs Lauren Lance from The Borrowed Nursery, referring to the utterly Instagrammable peach roller door at her artisan nursery-cum-homewares store and event space on Cronulla Avenue. “It was just me and a $40 tin of paint,” she says. Little did she know, this peachy-keen choice would spark the start of an entire precinct. 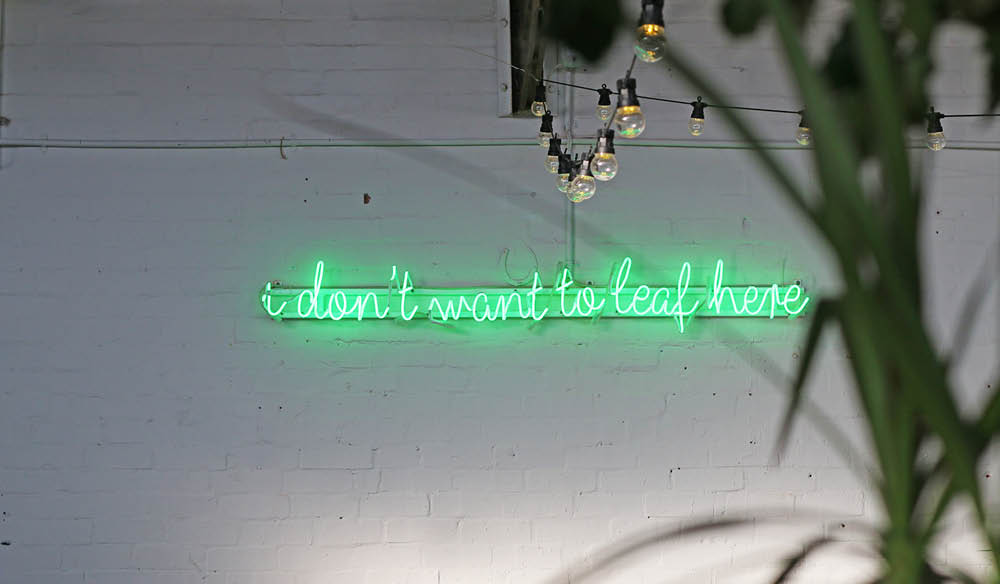 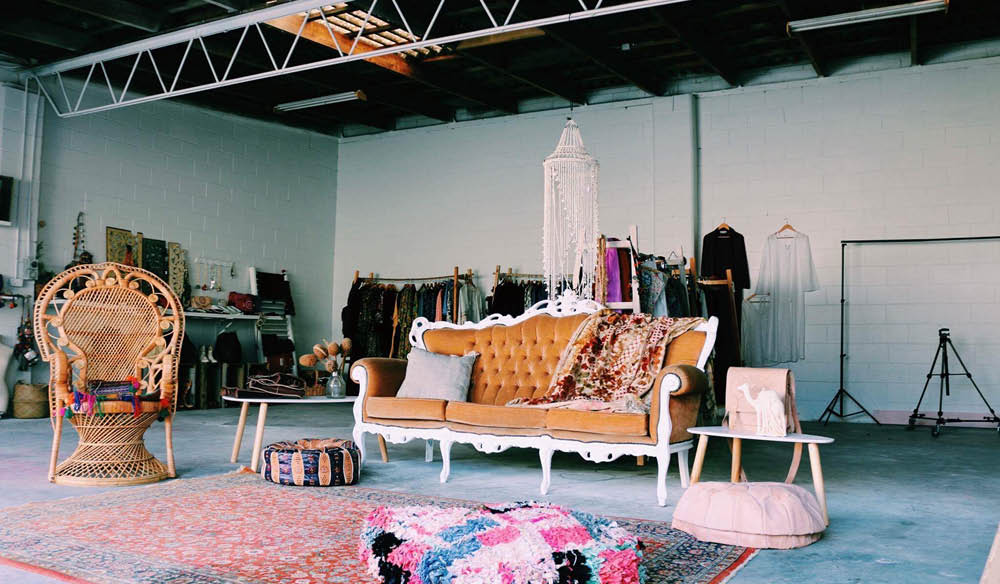 “Between Broadbeach and Burleigh there was just nothing before and it was quite 1980s,” says Caz Moriarty, co-founder of Never.Ever.Studio. “We could see it building with The Borrowed Nursery… [but] it’s untapped as yet.” The creative studio is abuzz by day with shoots and showings, but once a month the focus shifts as night markets are held with its neighbour, The Laneway, and food trucks roll in, vintage suitcases are flung open, aspiring photographers utilise models, clothing and props to stock their Instagram feeds, and movies are beamed onto the white roller door at the end of the lane. 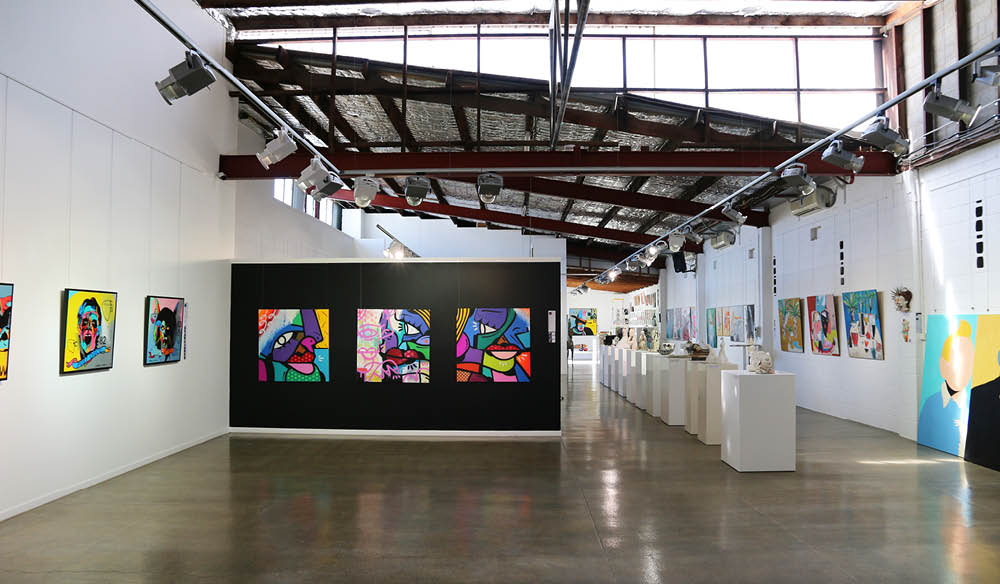 “It’s the hipster generation” laughs Terri Lew from contemporary artspace, 19KAREN, who is arguably the trailblazer of Karen Avenue, having set up shop in 2008. “I love it, I think it’s so refreshing to see young entrepreneurs taking risks.

“People are hiring warehouses and setting them up as businesses in the arts or fashion or photography… but in addition to that we have bars, cafes, restaurants, just as good if not better than the big cities.” 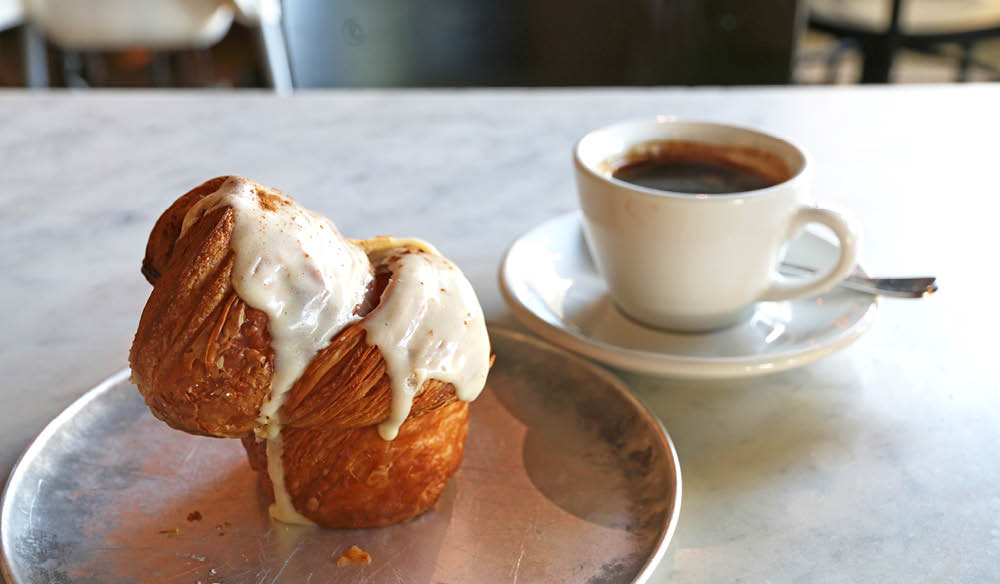 Five hundred metres away, tucked just off the main drag, the success of Miami’s Paddock Bakery has more than carried across to sister business, Bam Bam Bakehouse where Margot Robbie and friends recently sipped Ink Gin cocktails and took a pastry-making masterclass for her hen’s party.

With the focus on refined pastry techniques (but also serving a breakfast menu that dances the line between nasi goreng and karaage-stuffed croissants), Bam Bam is the Gold Coast equivalent of your favourite Parisian boulangerie.

Ever since Matt Preston popped in to buy one of its double-baked Snickers croissants, the demand for its pastry counter has reached fever pitch and I’m glad to time my arrival for 8am to sample a cinnabon before they’re all but cleared out by 9am. 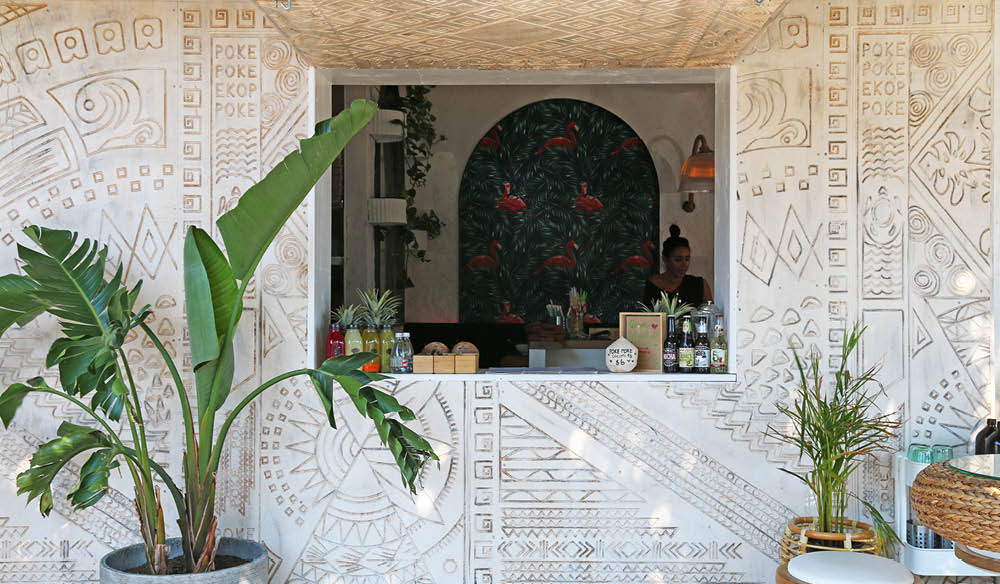 Some business owners have such a belief in Mermaid that they’ve opened multiple businesses here. Morgan Walsh, owner of Mexican restaurant, Bonita Bonita, recently brought a slice of Hawai’i to the coast with Póke Póke (07 5526 1509), where locals sit in the sunshine cradling bowls and sipping fresh coconuts to the riffs of Buffalo Soldier.

Around the corner, sisters Holly and Amy Prosser – who grew up in Mermaid Beach – serve up scoops of their artisan gelato, made with Maleny Dairies milk from the Sunshine Coast and churned with love in the beautiful Heven-Yah. “We came in at a great time because the area’s pumping, it’s continually growing… [but] it’s very much a community feel,” says Holly. 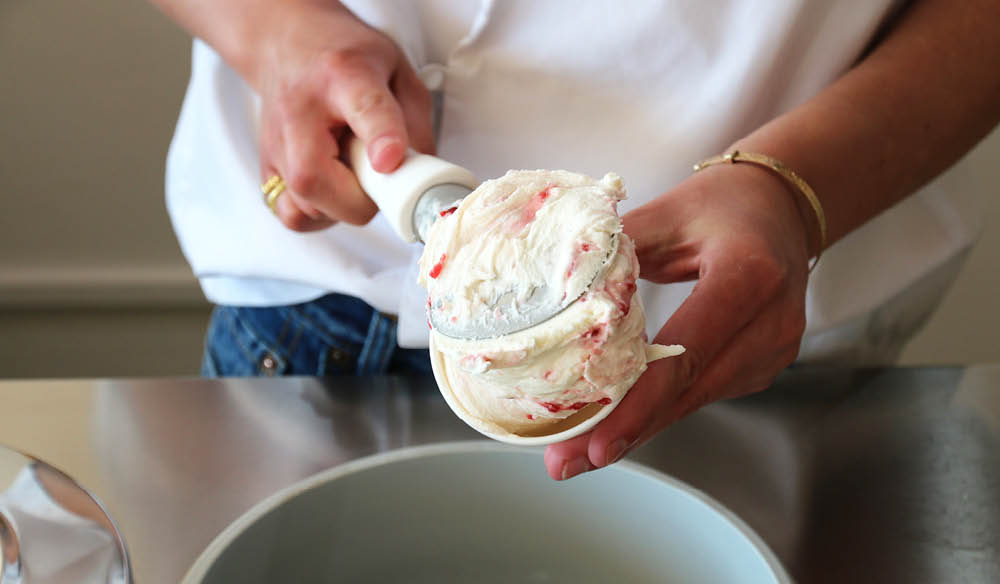 Co-owner of The North Room, Shannon Stewart agrees. “Mermaid’s got this little community vibe to it. It’s not Broadbeach, it’s not overly touristy… it’s just about good produce and good service.”

I find myself falling as much in love with the house-cured duck ham as I do with the blue velvet banquette in the 28-seater contemporary dining room. It’s nice to feel I’ve stumbled upon a cracking local but a quick scan on the real estate app on my phone tells me I won’t be able to call myself a true local here, at least for more than a weekend, anytime soon.

While visitors to the Gold Coast still mostly swarm to Surfers Paradise and Broadbeach, and others skim over this stretch in search of the laid-back appeal of Burleigh Heads and Coolangatta, Mermaid Beach is definitely flicking its tail and enjoying its time in the sunshine.

“It’s funny when people come down here they’re like ‘I didn’t know this existed’,” I recall from my conversation with Lauren of The Borrowed Nursery. “It’s a destination, but it’s an experience too.”

3 more to add to your Mermaid Beach bucket list

Dark and moody Mexican joint and neighbouring tequila bar Bonita Bonita blows those outdated notions of tacos out of the sour cream tub.

Roll in, erm, post-surf on a Thursday for dollar dumplings, cheap VB tinnies and hip-hop.

Almost all of the dishes at this new European bistro on the block are cooked in their wood-fired oven, but no, you won’t find any pizza here.