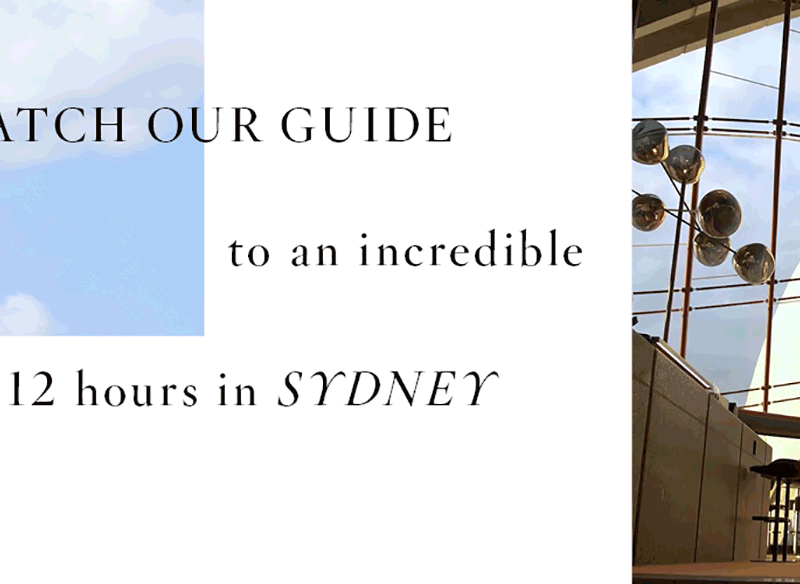 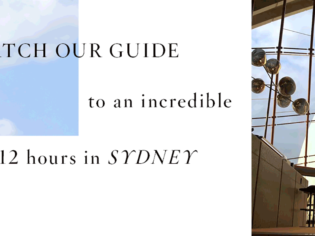 Sure, you know the postcard-perfect view of Bondi Beach and you’re familiar with Sydney’s Opera House and its Harbour Bridge, but there’s more to Australia’s most dynamic city than its sandy beaches and spectacular monuments.

To truly get under Sydney’s skin you have to live like a local, and The Adina Apartment Hotel Sydney Town Hall in the heart of the CBD is the perfect home base from which to explore the clandestine charms and hidden treasures of the Harbour City.

Located in prime position adjacent to the city’s bustling Town Hall station, Adina Apartment Hotel Sydney Town Hall is within walking distance from the best shopping, dining and culture Sydney has to offer. Once you’ve checked in and are ready to head out to explore, here’s what you need to know to live like a local on the perfect CBD minibreak.

DINING – Eat your way around Sydney

Sydney’s Chinatown has a global reputation – and one of the largest Chinese populations outside mainland China – but its little sister Thainatown just up the road is fast catching up thanks to its plethora of authentic and affordable eateries dishing up Tom Yum and more intriguing alternatives – catfish salad or boiled pork blood jelly anyone? Whatever you order, expect a side of colourful Thai culture as you rub shoulders with the locals.

If you love Thai and money is not an issue, you must book dinner at Long Chim, Sydney’s hottest restaurant opening of 2016 by its expat chef David Thompson, who has spent the past decade-and-a-half opening restaurants from London to Bangkok, where his restaurant Nahm routinely makes world’s best restaurant lists. Long Chim is also hotter than hot in terms of location, nestled in the prime Angel restaurant precinct, and expect plenty of heat in the chilli department too. You have been warned. If French is more your style, do yourself a favour and get to Hubert tout suite.

With Daniel Pepperell – another one of Sydney’s best chef’s – in the kitchen, Hubert dishes up sinfully good French bistro classics in a seriously seductive subterranean basement: think of stepping back into Belle Epoque Paris and you’ve got the general idea of its decadence. After one too many cocktails at Hubert, you’ll find the perfect hangover breakfast close to the Adina Town Hall. Grab one of Sydney’s best coffees from Single O, the little CBD sister of Surry Hills roaster Single Origin, and order a takeaway Croque Monsieur. Savour both on a sunny bench just up the road in Hyde Park, one of the world’s most beautiful city green spaces, and smugly watch Sydney’s commuters as they head to the daily grind.

Lose yourself for hours in Kinokuniya, arguably the best bookshop in Sydney. It’s got everything from classics, art books and cookbooks to Japanese manga, collectables and DVDs and it’s even got a great Japanese ramen restaurant next door. Ichi ban-Boshi also does steamed-then-fried dumplings to die for, but get there early as there’s a queue out the door every day. It’s that good. While you’re in The Galeries shopping precinct it would be remiss not to indulge in some retail therapy at Incu.

The Australian independent boutique fashion retailer stocks a covetable selection of the world’s coolest brands – think A.P.C, Karen Walker and T By Alexander Wang – and operates adjacent stand-alone men’s and women’s stores for the ultimate his-and-hers shopping experience. If the personal touch is more your thing, take a short stroll down the road to The Strand Arcade, a Victorian-era shopping arcade that prides itself on showcasing artisanal wares made by craftspeople employing traditional and handmade techniques.

Shoemaker Andrew McDonald, tailor Patrick Johnson and chapeau purveyors Strand Hatters are among the quality retailers you’ll find in this heritage building. Don’t’ leave The Strand Arcade without visiting beauty emporium Mecca Cosmetica, where the friendly and highly knowledgeable staff dispense samples happily and freely, or without popping into dark and moody Italian bolthole Pendolino for a bowl of pasta and good glass of red wine.

Speaking of drinking, the beauty of Sydney’s bars is their diversity: there is truly something for everyone. Hipsters will love vinyl and viticulture mecca Mojo Record Bar, a record store and speakeasy in a basement on York Street, but if you prefer your booze with a view make a beeline to the Cured and Cultured Bar at Bennelong in the Sydney Opera House for champagne and oysters with exceptional harbour vistas. The view at Bambini Trust Wine Room is more likely to be Sydney’s politicians and publishing power players (Bauer media is right next door) but the tiny spaces makes up for its lack of outlook with enormous chandeliers and European tastes.

Step back in time with a visit to the Golden Age Cinema and Bar, a boutique cinema with an adjoining bar that channels, yes, you guessed it, the golden age of cinema, in the striking art deco building that was the former Paramount Pictures headquarters on the city fringe in Surry Hills.  The 60-seat cinema screens a mix of new and classic art house films and also hosts live music in the bar helmed by tenders that match their pour to the picture with cocktails including The Godfather, Mean Girls and A Fistful of Dollars. More culture can be found just down the road at 4A Centre for Contemporary Asian Art, an independent not-for-profit organisation with a mission to foster excellence in contemporary art, and that’s exactly what you’ll find in this industrial warehouse space tucked behind the Capitol Theatre in Haymarket.

Expect mind-bending exhibitions and performances and film screenings designed to facilitate cultural dialogue between Australia and Asia, as well as a shop selling limited-edition artworks, prints and T-shirts. Head a little further afield to Walsh Bay, home to the Sydney Theatre Company, Sydney Dance Company, Sydney Writer’s Festival and a host of great food options including Café Sopra for Italian and Bar at the end of the wharf for light snacks and live music. When the weather is fine there’s no better activity in the city than an outdoor swim at the Andrew (Boy) Charlton Pool, perched near the Royal Botanic Gardens with stunning views of Sydney Harbour.