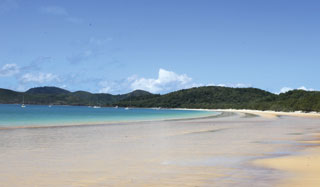 Sarah Han laps up the spectacular natural beauty of Whitehaven Beach …or should we say WhiteHEAVEN Beach?

Turquoise waters, soft sand, lush foliage and nothing else in sight. Extending over seven kilometers, Whitehaven Beach is a dreamlike paradise, left untouched from pollution and inhabitation.

Located on Whitsunday Island, Whitehaven is the largest beach of Queensland’s Whitsundays, composed of over 90 islands. Over 10,000 years ago these islands were mountain tops but with a rise in sea levels, the islands formed.

I’ve seen many beaches throughout my travels, from Balinese rock shores to Malaysian black sand beaches, but Whitehaven blew me away. When associating beaches with the bustle of locals, vendors and lifeguards, it’s astonishing to find this immaculate beach with nothing and nobody except the people visiting this picture-perfect sanctuary.

As there are no inhabitants on Whitsunday Island today, Whitehaven is a peaceful wonderland of sea and sand, fringed with reefs. But the lack of habitation means that it’s difficult to escape the scorching sun, which reflects off the white sand.

Other than taking in the splendour of Whitehaven’s scenery, I spent my time playing in the sand and frolicking in the water. In retrospect, I’m disappointed that I didn’t know about Hill Inlet before my visit, which displays the shifting swirls of sand and water, creating a beautiful pattern of yellowish-white and turquoise.

Nonetheless, Whitehaven Beach possesses an overwhelmingly beautiful landscape, with vivid shades of blue from the sky and clear aquamarine waters juxtaposed by long stretches of white sand. The fine silica sand is one of the ways Whitehaven sets itself apart from other Whitsunday beaches, which generally have coarser sand due to shell and coral fragments.

The silica of Whitehaven beach contains great quantities of quartz, which is used to produce glass and semi-precious gemstones. According to geologists, the most likely origin of the quartz is the northern Queensland coast. Over millions of years ago, the quartz drifted and then settled in between rocks and promontories to form Whitehaven Beach.

At first glance, Whitehaven Beach is a utopian dreamland that shows off Australian nature at its best, but a closer look reveals its consideration for Aboriginal culture and the natural world. 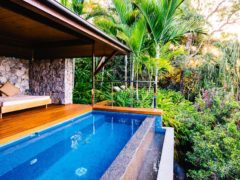 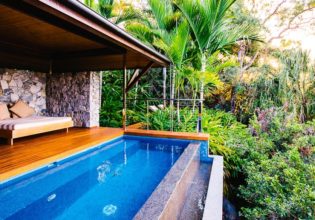 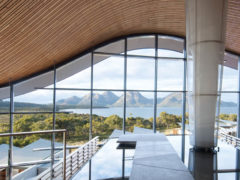 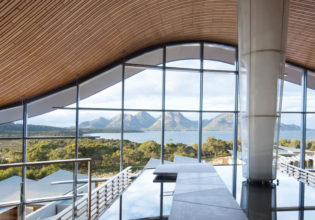 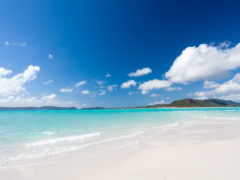 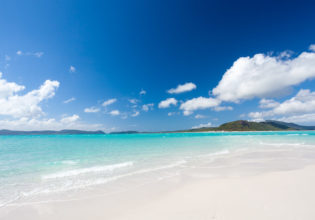 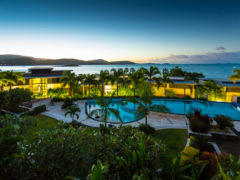 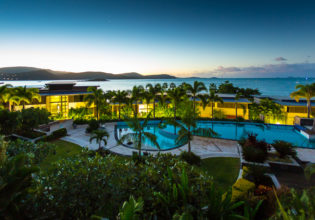