How a Budj Bim tour changes you forever 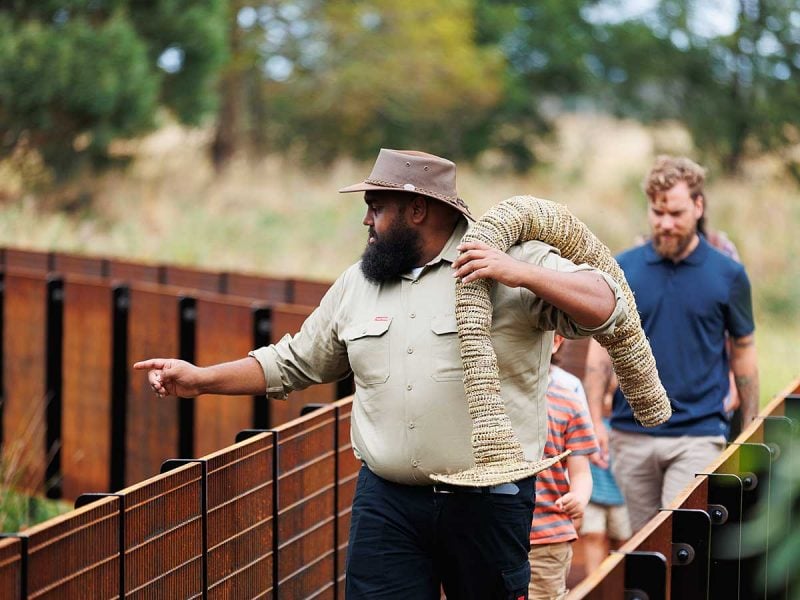 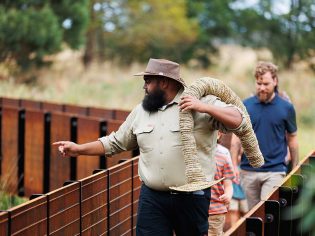 Keen to form a deeper connection to the history and culture of our First Nations peoples? Australia’s newest tourist attraction will allow you to do exactly that. 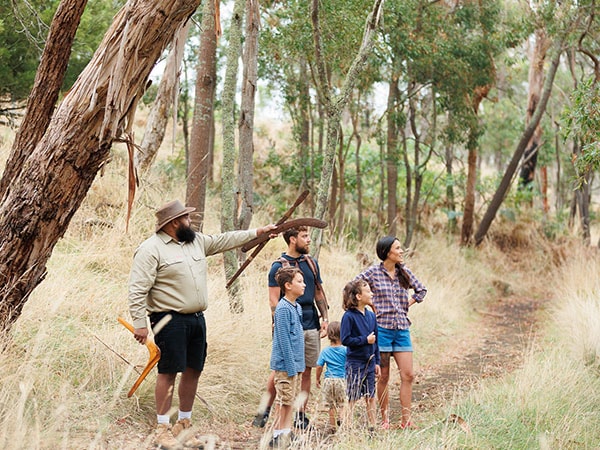 Whenever Gunditjmara man Braydon Saunders walks through his ancestral homeland, the UNESCO World Heritage-listed Budj Bim Cultural Landscape, his mind loops back to a conversation he had with his father many years ago.

“He said all he really wanted was an opportunity to take people to a place that’s been a huge part of our existence for some 30,000 years, to give them tangible evidence of our history and what we’ve achieved with our eel farming methods. And while he was there, he also wanted to give people a really good feed,” Saunders laughs.

“I’m here riding the coattails on the work that’s been done over decades, the aunties and uncles who’ve gone before us who banded together to find a way to share their stories and knowledge. Now it’s time for me and others from the next generation to pick up where they left off and bring their vision to life.” 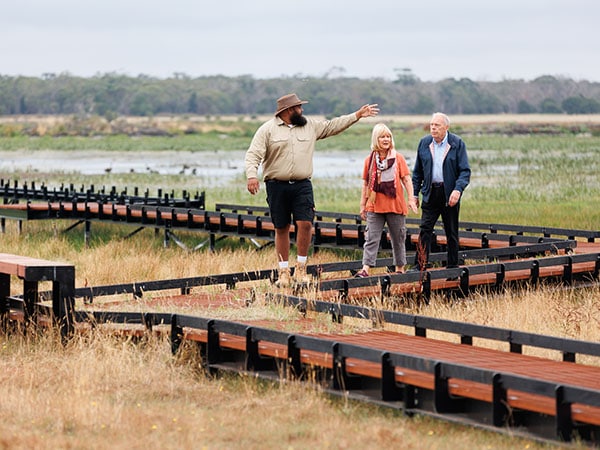 The sophisticated eel farming method sustained the Gunditjamara community that helped them trade with other nations.

Happily for Saunders, that vision has just launched in the form of a range of cultural tours, plus an eye-catching aquaculture centre that will serve as the talking point for Australian tourism moving forward.

The Budj Bim Cultural Landscape Saunders speaks of is a startlingly beautiful place. Located in Gunditjmara Country in south-west Victoria, this dramatic volcanic landscape comprises three components – Budj Bim, Kurtonitj and Tyrendarra – and is home to a tranquil crater lake and a jumble of lava canals and caves, all in a lush bushland setting. More importantly, it’s the only Australian World Heritage Site listed exclusively for its Aboriginal cultural values. 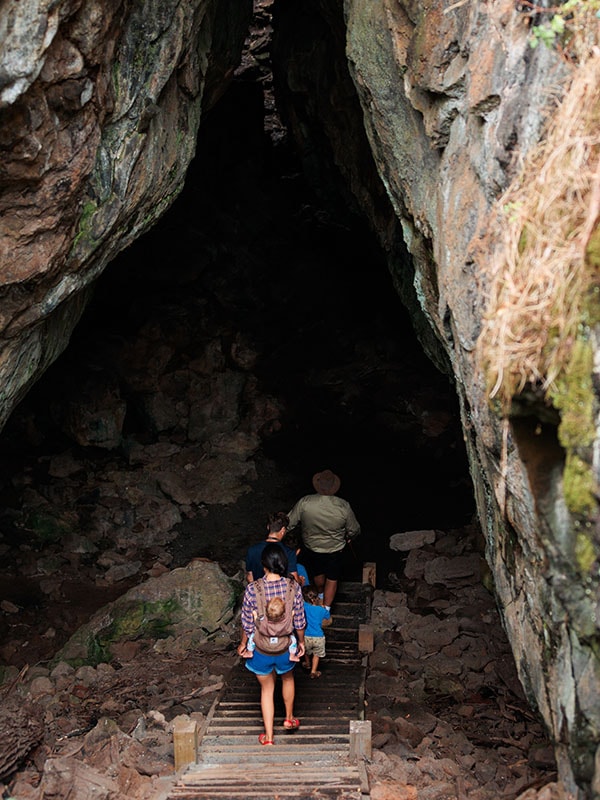 Budj Bim is home to a tranquil lake and lava caves in a lush and more.

It would be easy to let this story rest on the visuals of twisted manna gum trees interspersed with sculpted lava rock, but what’s fascinating here is how closely the Indigenous creation story is linked to the version backed by scientists. Budj Bim is believed to have first erupted more than 30,000 years ago; the Gunditjmara people would have seen the Ancestral Creator reveal himself, spewing lava west and south towards the sea, drastically transforming the region’s waterways and wetlands.

“Budj Bim could see our people were struggling so spewed blood and teeth across the landscape, the flowing lava creating a system of deep channels that we developed so we could divert water from Tae Rak (Lake Condah) into dams, weirs and holding ponds to trap kooyang (eel) and fish,” Saunders says of one of the world’s oldest aquaculture systems. Dating back 6600 years, the sophisticated eel farming method – older than both the pyramids and Stonehenge – not only sustained the Gunditjmara community year-round so they could stay put, but also allowed them to trade with other nations. 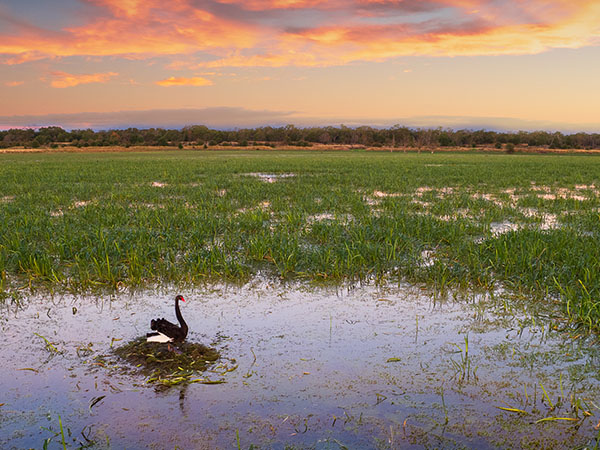 It isn’t all about viewing one of the world’s oldest aquaculture systems in Budj Bim. The Gunditjmara people also built a wealth of stone houses (there are over 200 registered and recorded stone houses in the region today), all of which had doorways facing north-east.

“There’s heavy south-west wind down here that you can guarantee will turn on you in the afternoon, not ideal when you’re lighting fires,” Saunders explains. “When you’re burning country, the last thing you want to do is let it get away from you, so we had to think carefully about fire protection and letting fires burn in a controlled way so wildlife could feed on new grass shoots. This ensured hunting was available throughout the year.”

If Budj Bim’s aquaculture system, combined with the stone houses, does anything, it should challenge the idea that our First Nations peoples lived a nomadic lifestyle, says Saunders. “What we have here shows we put down roots as a community and that we had strong farming [aquaculture] practices. We really were the world’s first farmers and there’s nowhere better to see evidence of that for yourself.”

Keen to observe the handiwork of the Gunditjmara? Since the Budj Bim Cultural Landscape was inscribed as a World Heritage Site in 2019, a great deal of work has gone into developing infrastructure, interpretation signs and guided cultural tours for visitors. Whether you’ve only got a couple of hours or a whole weekend (Saunders recommends the latter, insisting “You can’t spend that much time on Country and walk away unhappy”), there’s a tour to suit everybody. 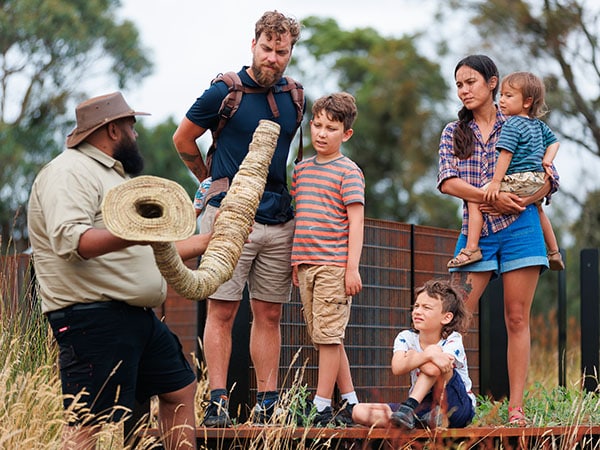 For those on a tight timeline, the two-hour Tae Rak guided cultural walk of the wetlands provides an overview of the Gunditjmara story while taking in the lake’s wildlife and showcasing the network of aquaculture systems.

Those with a little more time to spend will enjoy the half-day Tungatt Mirring tour. It takes in everything from Budj Bim National Park and Lake Surprise to Kurtonitj, where guides explain the living Indigenous culture and landscape through Gunditjmara eyes. Be sure to allocate a little shopping and browsing time at Tae Rak Aquaculture Centre.

It’s not only about the tours at Budj Bim, of course. Be sure to allow an hour to sample a Kooyang Tasting Plate and the Aquaculture Centre Cafe is open 9am – 4pm Wednesday to Sunday serving delicious lunch options with a bush tucker twist from 10am-2pm.  The tour booking desk can also be found at the Aquaculture Centre (side note: it’s recommended the tours be booked well in advance to avoid disappointment). For those concerned about leaving environmental footprints in culturally sensitive areas, breathe easy; elevated walking tracks weave their way around the sites so you can see them without negative impact.

No matter what you do, just remember one thing, advises Saunders. “Dress warmly and bring a woolly hat; don’t underestimate just how cold it can get down here.” 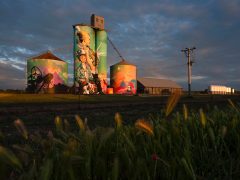 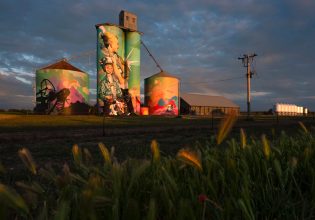 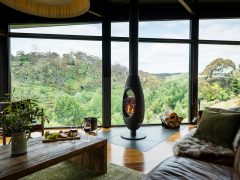 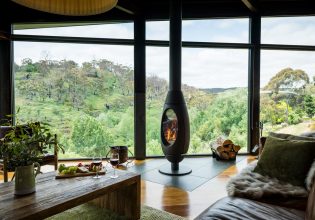 From zen-like ryokans to luxury lodges and self-contained retreats hidden away in the bush, these are the best Daylesford hotels, villas and Airbnbs. ... 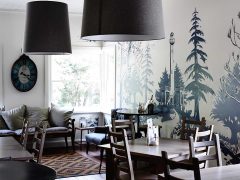 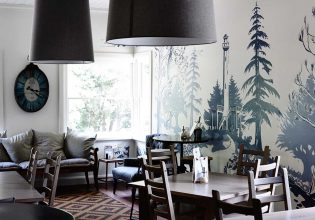 A hit-list of Daylesford cafes for brunch & coffee

Daylesford is not a destination that’s short on cafes – here are some of the region’s best. This pretty pocket of Victorian countryside is know... 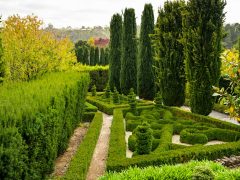 Top things to do in Daylesford & surrounds

From roaming around sweetly scented lavender farms, to taking scenic walks, wine tasting, and hitting the local day spas, these are the best things to... 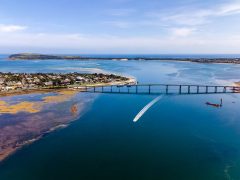 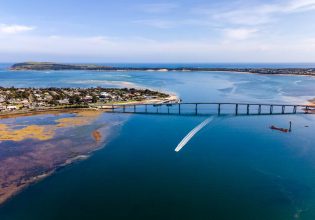 Phillip Island is a peaceful refuge, known for its flora and fauna – think penguins and fur seals – as well as its mesmerising sunsets, fantastic ... 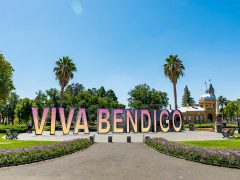 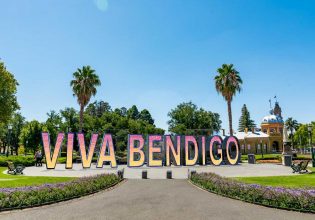 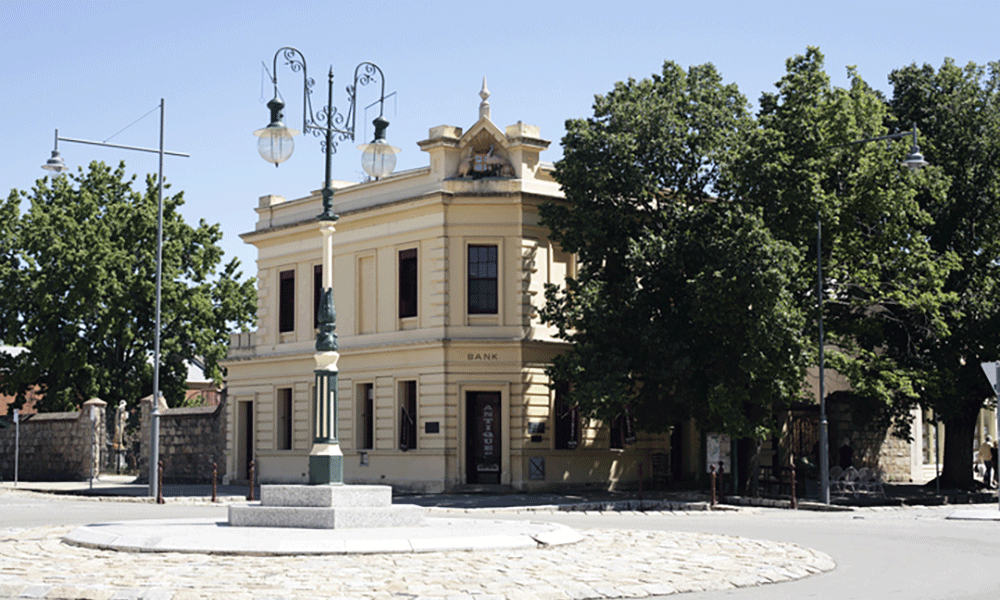