The best Secret Gardens in Melbourne 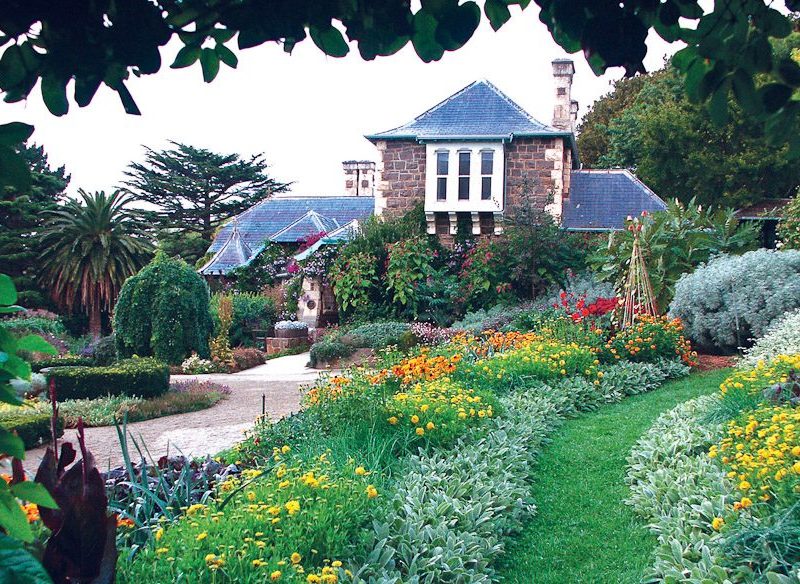 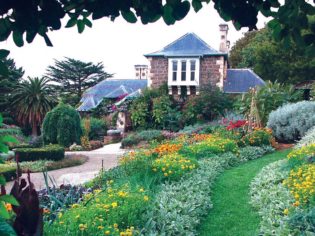 Who can resist the lure of the sun on their skin and a tranquil hideaway in the middle of the city? Take a blanket and a book to these little sanctuaries and do as the bees do as we explore Melbourne’s best secret gardens.

Unlike a usual recreation garden, the System Garden at the University of Melbourne was constructed in 1856, and planned according to a unique evolutionary system of classification.

There are some curios remaining from the garden’s original construction – some brick paving from the circular and radial paths that once defined the garden, and a centrally-located tower which, somewhat romantically, used to be surrounded by a moat.

Connected now to the University’s School of Botany, the garden is carefully tended by horticulturalists in order to maintain its beauty and integrity. And indeed, despite it being aligned to a large tertiary institution, this is no tourist location.

Lovers of the garden enjoy its quiet and serene pastures, and the natural diversity of its plants. Settle yourself beneath the boughs of a 150-year-old tree and let yourself drift away.

The Garden of St Erth

A labour of love by the Diggers Club, St Erth is one of two historic gardens maintained by the enthusiastic green thumbs.

Nestled in the Wombat State Forest near Blackwood, the garden isn’t just home to espaliered fruit, heirloom vegetables and drought-tolerant flowers but also native birds. There’s even a natural rock pool in which to escape the blazing summer heat.

Don’t be put off by the slight distance from Melbourne. St Erth’s biggest drawcard is its perennials.

In September, the garden’s blanketed in thousands of naturalised daffodils, while March provides an extravagant display for the garden’s Autumn Festival, leading into the last hurrah of growth in late May. Truly a garden for all seasons, the serenity of St Erth is a testament to the restorative powers of nature.

Just 70 minutes south of Melbourne, Heronswood Garden was the first garden in Australia to be certified as organic. And if that weren’t impressive enough, one of Heronswood’s unique oddities is how it combines the growth of perennial flowers with heirloom vegetables.

Somehow, the higgledy piggledy works; even the plants incorporated along the ornamental borders are edible.

Given its distance, you’ll need to put aside a day to really appreciate Heronswood. But with various classes and workshops on offer, it’s more than just a garden – it’s a tribute to the bounty of the earth. Go and get lost in its shady sanctuary.

Try out the Fork to Fork restaurant while you’re there – its menu is seasonal and sensational.

High above the bustling streets of Melbourne, in the very heart of the city, hides a blissful escape from the urban dwellings below.

Created in coalition with the Stephanie Alexander Kitchen Garden Foundation, the Community Kitchen Garden is a mix of contemporary design and retro styling.

From the imported carpets of grass to the actual woven carpets that lay scattered about, visitors can relax with a book or a friend to enjoy a sanctuary in the belly of the urban beast.

Is there anything more enchanting than a charming hideaway from the hustle and bustle of angry commuters and oxygen starved city dwellers?

As sunlight streams through the floor-to-ceiling window, just take a moment to imagine what it might be like if all urban buildings had a secret garden on their rooftops.

There’s something to be said for exclusivity. And all that and more can be said of the private walled garden at the Melbourne Club on Lonsdale Street.

As the city bustles on outside the high brick wall, a bucolic scene of peace and tranquillity exists within.

Although there’s a bounty to be had in exploring the rich shrubbery and flowers (and not just the clientele), the real attractions here are the three London Plane trees.

At over a century old, they shade the garden from above and deliver those lucky enough to see it back to a time of white linen picnic dresses, parasols and lashings of ginger beer.

While the garden is technically only accessible to the members and their guests, don’t fret – in their great benevolence, the privileged few open it to the public every so often, meaning even us commoners can get a whiff of the good life.

The Royal Botanic Gardens are a delight in and of themselves, but there’s something special about the children’s garden.

It is, as declared on a carved wooden post at its entry: Where children can delight in nature and discover a passion for plants.

Kids can even explore the vegetable garden, where they can play with plastic watering cans, or play hide-and-seek in wooden teepees while their parents relax nearby.

A garden for children, perhaps, but one also to awaken the child within.

Other spots to check out:

Featuring six hectares of gardens and parklands, Heide is one of Australia’s most important modern landscape sculpture galleries. Although not secret, if you love gardens it’s a must visit.

This brand new garden is fresher than its produce, and its Docklander patrons are paving the way for a new kind of communal garden, where plots are non-existent and it’s entirely self managed.