Out & About: Palm Beach 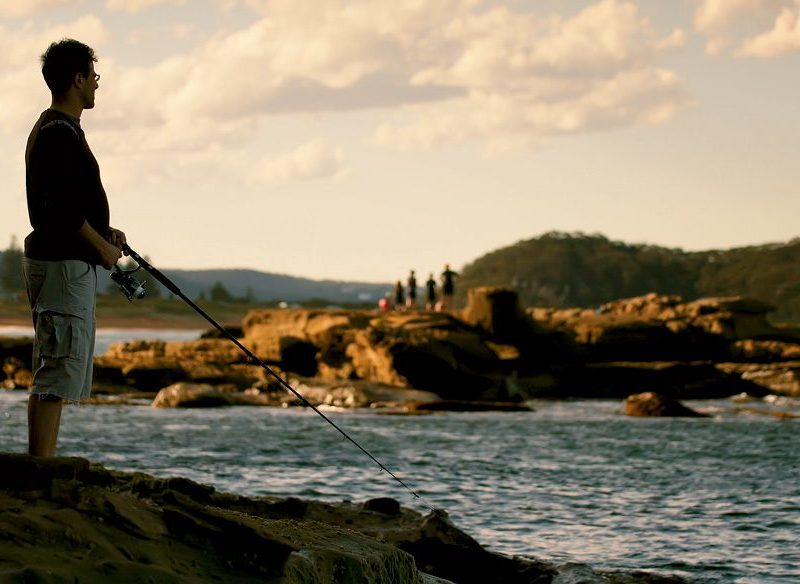 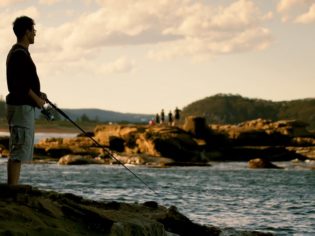 Close enough to the city for a daytrip, yet far enough away to escape from it all, Palm Beach is the holiday home of choice for Sydney’s multi-millionaires at play. Karen Thorne stopped by for a surf, a stroll and to stare at the mansions . . .

This famous little cove on Sydney’s northern beaches is a place of many names. Palm Beach to most. Simply “Palmie” to the cool kids. Even “Summer Bay” to the diehard Home and Away fans, having formed the backdrop to the majority of exterior shots for the long-running soap.

But no matter what label this chic summer hideaway 40km north of the CBD is bestowed with, it isn’t difficult to understand the attraction. Whether you’re a first-time visitor, a local, an investment buyer, rich or famous, there’s a certain familiarity the instant you arrive that screams Australia’s beach culture at its best.

Once you round the famous Bilgola Bends of this magnificent coastal stretch, you’re confronted with a calming blanket of ochre sand separating you from the thriving activity of the Tasman Sea. Partly secluded mansions peer shyly from behind their well-tended gardens, bringing to mind repeatedly that one simple word: unaffordable.

It’s comforting to realise that the indigenous Cabbage Tree Palm (Livistona australis), once abundant in the 1800s and after which the bay is named, stills exists here today – and appears to be only a few hedge clipper-less days away from taking back the entire region.

Sydney’s affluent have shored up most of the real estate, which has led to yet another apt label for the area: playground of the rich. A phrase that doesn’t just give you the impression you’re trespassing on unfathomable exclusivity, but also conjures up the thought of finally reaching a pinnacle – and being left somewhat unfulfilled.

For Palmie is in many ways like that alluring exotic dancer; she may leave you disappointed once the first blinding spectacle of beauty has faded.

Palm Beach’s history is equally rich. On March 2, 1788, Admiral Phillip (later Governor Phillip) named the headland Barrenjuee after the Aboriginal for young kangaroo. The first European settlers were growing vegies by 1810 and a few years later much of the area – including Palm Beach, most of Whale Beach and Barrenjoey – were deeded to surgeon James Napper to administer. At the turn of the 20th Century the land was divided into blocks for sale, however none were. (A problem you would surely not encounter today.)

The affluent mentioned earlier have extended in the past to include the eccentric Madame Lash – famous Sydney bondage and discipline queen – Bec and Lleyton Hewitt and the supremely cashed-up Kerry Packer (who enjoyed the cream of beach-level real estate before quietly cashing in his chips in 2005).

Mel Gibson practically moved in for the filming of Tim (mainly at the Barrenjoey Customs House) in the late ’70s – and notables that have regularly holidayed in and around Palmie since then have included the likes of Nicole Kidman, The Duke and Duchess of York and Elle MacPherson.

Pat Rafter was also famously photographed going for a surf there in 2006, by an “amateur pap” who later sold the image to New Idea for $1700. Palmie is definitely a place to see and be seen.

One of the best times to visit begins when the silly season has fled. When mansions are vacated, Porsches and Beemers cease to impatiently line the shore waiting to escort bronzed bodies back to decadent rental homes, and thousands of dollars’ worth of security systems are pin-coded in. Fortunately for those who can’t afford summer rates, Palmie doesn’t turn desolate over the colder months, pining for its part-time owners.

It’s maintained by a strong core of townies braving the 16-degree average winter temps, so for the many of you who enjoy the beauty of Palmie but can’t fathom the expense, the answer is simple: come in the off-season. There’s still so much to occupy the mind and body – from the surfing to the divine food – with the added bonus of no crowds.

For those not in the know, Jonah’s, a former 1930s roadhouse, is one of Sydney’s most luxurious hotels and restaurants. Perched high above Whale Beach, this lavish boutique outfit has seven rooms, a penthouse and three rooms next door at Jonah’s Private. Their exclusive guest list has included John Cleese, the Duke of Edinburgh and David Bowie.

The restaurant is famous for its accessibility by seaplane and serves Mod-Oz cuisine with French leanings. With spectacular panoramic sea views, fortunately you’re not just paying for the location; the food more than lives up to the high expectations. (The duck in particular comes highly recommend from this satisfied customer.)

The Green Room for Beginnners

I see them every dawn and dusk, experiencing (or so they claim) something exceedingly close to the spiritual. The only thing separating me from them is a little bit of encouragement, a surf lesson or two – and a lifetime of practice.

But a lesson is a good place to start. Palm Beach and Manly Surf School, run by former pro Matt Grainger, is the largest in Sydney, so I decided to attempt what I once believed forever beyond my skills.

The beautiful thing about paying for lessons is the reduced chance of backing out once you witness the roaring surf. Setting out on this chilly morning in a seal-like full body wetsuit, I sauntered along the biting cold sand with a backdrop of raging seas to match my false bravado.

Swells reaching ten foot did little for my confidence – well, closer to six foot – but with a fragile group of three beginners plus shark bait (me), anything resembling a ripple was daunting enough. Nonetheless, as a newly created team we overcame our lazy unwillingness to partake in a sport that commences before sunrise.

At the mercy of our fabulous teacher Matt, who boldly took us out back into waves that morphed into pure terror, his unfailing confidence in our ability (or lack thereof) certainly lifted morale – that and the ongoing encouragement of the Palm Beach locals lending a helping word of encouragement, while slyly cutting in on our waves.

Even the preposterous idea of dressing in a black suit to flap madly about the water like a deranged seal finally fled my mind when I managed to awkwardly stand, wobble and fall about as gracefully as a wet cat being thrown off a roof.

A local dining favourite with a calming atmosphere, a bistro with no queues in the off-season, $10 daily specials and a range of simple delicacies? You’ve found the Club Palm Beach. Its small-town feel (you’ll usually be one of the few in the place who isn’t a local) will be quickly forgotten after a relaxing wine in the large beer garden, a hearty meal – and the moment you spot someone you’ve just been swapping waves with offshore.