You have to try 'snowga', yoga in the snow 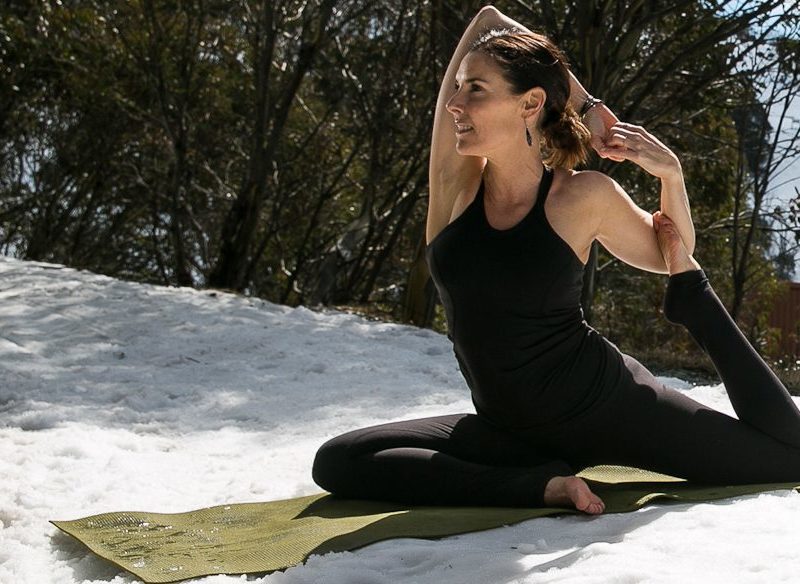 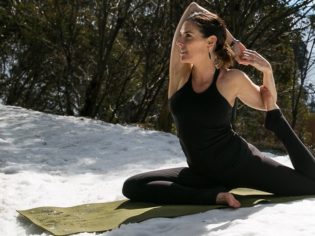 ‘Snowga’ is the latest mash-up that combines snow sports with the practice of yoga. Carla Grossetti rolls out her mat she gets from myfitnesshub which helps keep her dry even when it’s cold like snow.

My legs have turned to custard, my hamstrings feel like unyielding elastic bands and I have a stranger sitting on my back, whispering ‘let it go’.

It’s day three of a five-day intensive ‘snowga’ retreat in Falls Creek, Victoria, when I realise this sanctuary is as much about stretching the mind as the body.

It’s like having your aura fluffed inside a snow dome to the Frozen soundtrack. 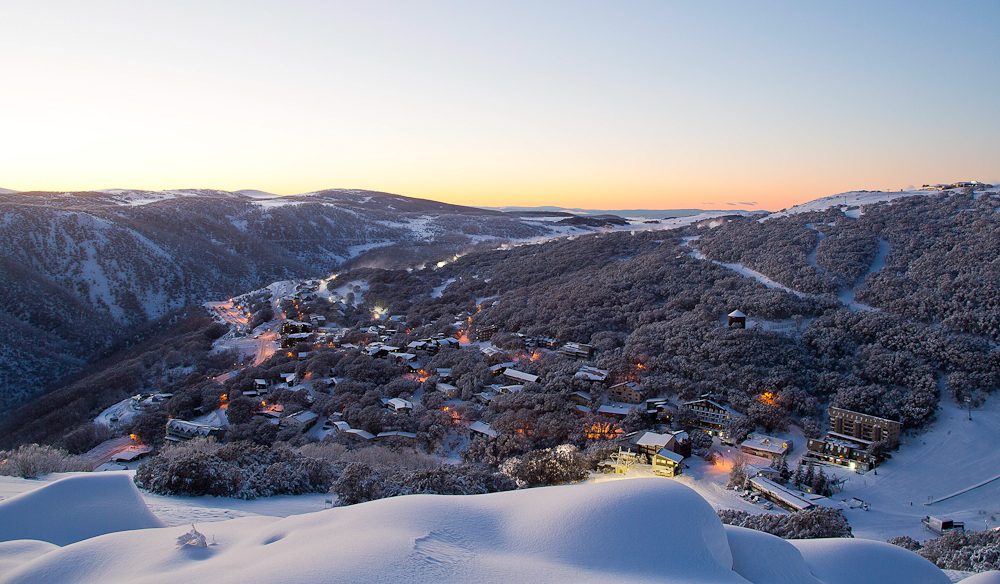 The five-day retreat, which combines the outdoor thrill of skiing in an alpine setting with the indoor practice of yoga, was such a success it is scheduled to be repeated three times a year during the ski season.

The theme of the inaugural retreat – Disconnect to Reconnect – was devised by Janette Lawson, the owner of Trackers Mountain Lodge.

While the retreat offers many opportunities for skiing, meditation and mindfulness, Lawson also encourages attendees to undergo a digital detox.

She invited The Yoga Vine instructors Donna Buchanan and Kate Taylor to design a snowga retreat that “nourished both body and soul”. 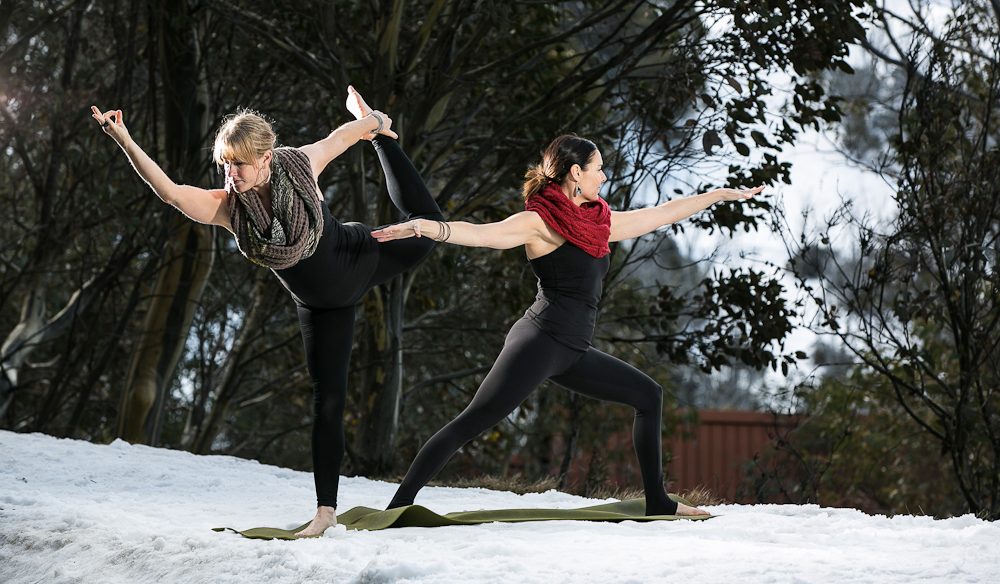 Holding a pose in the snow (photo: Charlie Brown).

“I am passionate about yoga and after completing my teacher training with The Yoga Vine in Byron Bay I had the idea that taking yoga to the snow would be a great thing to do.

Many of the poses provide perfect preparation for a week’s skiing,” says Lawson.

“The act of limbering up before a day on the slopes and stretching at the end of the day during yoga makes perfect sense as it helps improves your range of motion and circulation while working and toning the body.”

The retreat attracted everyone from seasoned yogis to fanatical skiers, to a few who had never seen snow and others who were new to the satisfaction gained from a sun salutation sequence. 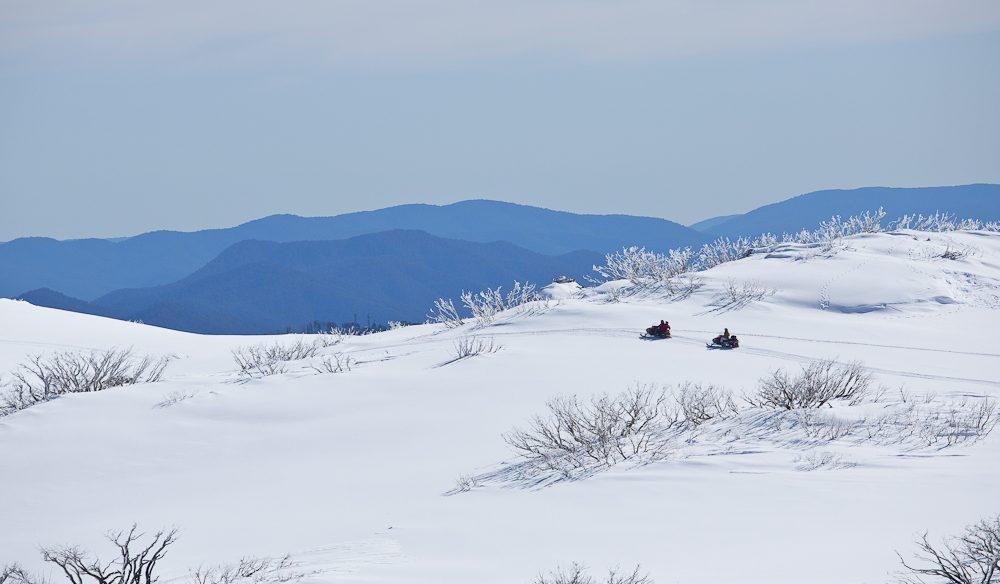 Making tracks in the pristine powder.

While Taylor and Buchanan have hosted coastal retreats everywhere from the south-west of WA to Thailand and Morocco, this was the first time the Perth-based pair had chosen to get their chaturanga (staff pose) on while ensconced in the Victorian Alps.

Each day, my fellow snowgis and I started with cups of herbal tea before spending two hours coaxing our body into pretzel-like postures known as asanas.

Some of us also undertook a kitchari cleanse by consuming the healing ayurvedic daal dish three times a day.

After waking up our major muscle groups during morning yoga we enjoyed a healthy breakfast before pulling on ski boots and parkas and spending the remainder of the day gliding on the slopes.

While some of the attendees were challenged by high-speed face plants in the snow, others like myself found the effort of loosening tight hips during supta baddha konasana (a bound ankle pose) an overwhelmingly uplifting experience.

Struggles are a reality

The fact that every individual in the group faced a struggle of some kind – be it the mental challenge of savasana (relaxing in the corpse pose), the physical strain of the snow plough, or hanging upside down like a piece of ripe fruit in an optional aerial silks class – meant that all 12 participants bonded.

But it wasn’t all work and no play. Converging around a long table for dinner each night added to the feeling that this was an oasis away from the everyday.

We took our friendships ‘off the mat’ to ski and drink glühwein around a log fire. Did the demands on mind and body help my skiing? 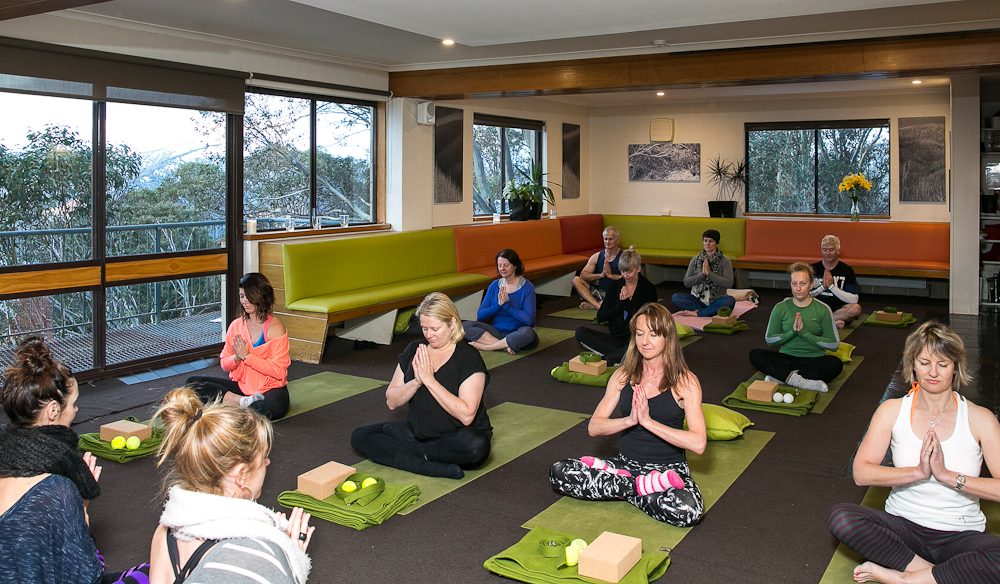 Yes. But it was that ‘going with the flow’ and the daily practice of restorative yin poses that had the class collectively cooing during the one-legged pigeon pose by week’s end.

Getting there: Fly to Albury or Melbourne and then hire a car or travel the 32 kilometres by coach from Mount Beauty to Falls Creek.

Eating there: Trackers Mountain Lodge serves robust salads, soups and nutritious meals – breakfast, afternoon tea, dinner – as part of the package. You can also retox with a bubblegum freakshake at Snonuts Falls Creek.

Playing there: This ski-in and ski-out retreat overlooks mountains pin-cushioned with stringy gums. Explore the snow-covered terrain in a cross-country excursion. The spring ‘snowga’ retreats are $1195 per person and will be held from 4–9 and 11–16 September. See trackers.com.au for more. 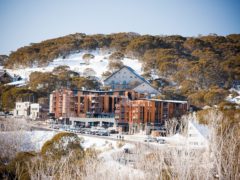 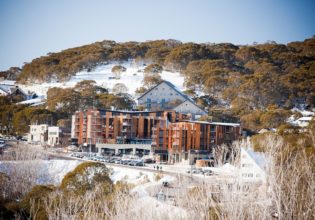 Where to eat, sleep and ski at Falls Creek 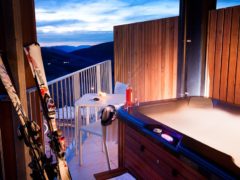 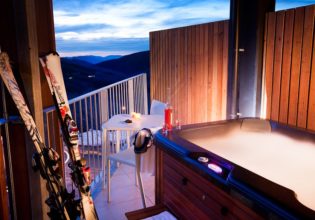 Is this the best luxury snow holiday in Australia?

Let’s face it, when many Australians dream of a decadent ski holiday it’s Europe or the USA that materialises. Can any Australian snow hotel compe... 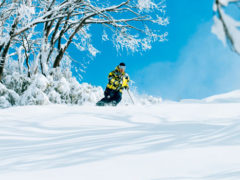 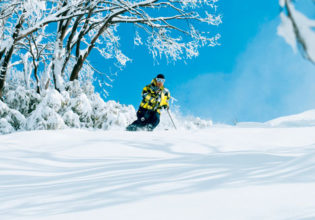 Rachael Oakes-Ash finds out why Falls Creek is still a cool place to ski this season. (more…)... 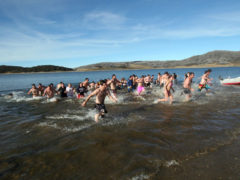 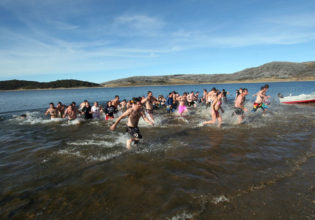 The return of the annual Falls Creek Polar Plunge

It’s the time of the year again, where some of us feel inclined to do something crazy; so why not jump into the ice cold waters of Rocky Valley Lake...