What to do in Braddon - Canberra's go-to eat street 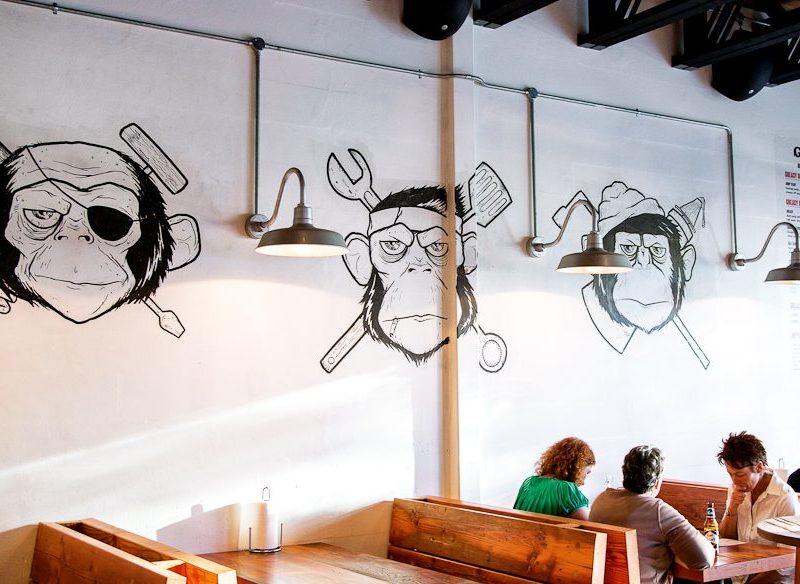 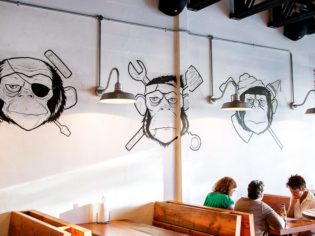 Once a strip of auto stores and car yards, Braddon is wearing its new eclectic eat-street rep with ease.

Set aside plenty of time to discover just how delicious a neighbourhood revival can be. (By Lara Picone).

Braddon has been infiltrated. Slowly at first, but with escalating fervour, the once prosaic stretch of mechanics and auto-part stores has been taken over by hot, new cafes, architecturally designed buildings and stylish shops.

There are still remnants of the past in shop names that reference the area’s receding industry, like burger joint Grease Monkey. Some even still cling to their leases, despite the encroaching cool. Repco is wedged self-consciously between a trendy bakery and a cafe, like the youngest child in the middle seat on a long car trip: aware its presence is a persistent annoyance.

Yet, it’s this very history that has given Braddon’s evolution a good foundation for lasting transformation. Without the auto industry warehouses to convert into quirky restaurants, Braddon would feel a little manufactured. Layering above what has gone before means the shiny and new benefits from some good, ingrown grit; in a city so young, it’s quite hard to come by.

Designer and developer Nik Bulum has been credited with much of Braddon’s reclamation, beginning with pop-up space Lonsdale Street Traders, which he spearheaded with a policy of flexibility and cheap rents to emerging creatives. It took off and, soon enough, Bulum had his sights on some more permanent improvements.

His Ori building on Lonsdale Street opened earlier this year, and is a mix of retail and residential spaces. The design makes use of reclaimed materials in a nod to Braddon’s industrial past, while the more contemporary elements are distinctly futuristic. It’s a proclamation of the new: design-led, energetic and open to ideas.

Inside, and spilling onto the street, is a cluster of homewares, fashion and food stores, including some from the original Lonsdale Street Traders and Bulum’s own Unit Concepts. There is a collaborative undercurrent running through the Ori building, with the spirit of the pop-up lending an excitement to the space.

Joining in the fun is florist Moxom + Whitney, with their artful arrangements and new-Braddon aesthetic. There’s also ice-cream parlour, Frugii, whose ‘alchemists’ freeze some of the cutest looking concoctions onto sticks, and fashion store Rebel Muse, as well as a handful of gift and homewares stores, among them Handsomepretty where the eclectic range of curios and furniture is arranged by colour.

But even more pervasive than an intent to steer Braddon’s streets into design nirvana is the area’s emergence as one of Canberra’s best eat streets. From Grease Monkey’s car shop-turned-beer garden now applying a liberal dose of grease to customers via burgers instead of oil changes, to the refined dining of eightysix (eightysix.com.au), or pop-up food truck venue The Hamlet, and a smattering of good cafes including the iconic Lonsdale Street Roasters and bakery Autolyse, Braddon caters to both the well-heeled and the hungry.

The Hamlet, at 16 Lonsdale Street, perhaps couldn’t exist anywhere else but Canberra, where a relaxed allsorts bag of clientele keeps things on the level. It’s hard to imagine a place in either Sydney or Melbourne, where BYO alcohol, communal picnicking and a Saturday night DJ wouldn’t descend into anarchy and, ultimately, over-regulation.

In the evening – bars and fine dining

But in Braddon, it somehow works perfectly. Of an evening, a DJ spins some beats to keep it all lively, while punters chew on BrodDogs’ classic hot dogs and the half-size ‘puppies’, chanchito from Mr Papa, and bratwurst from The Brathaus.

Throughout the day, Chasing Mr Morris serves up lattes from a converted Combi, which has had its driver’s seat removed in favour of a crochet-covered couch, and people mooch in and out as their appetites dictate. The whole set-up is again collaborative, chilled out and delightfully down-to-earth, with the sense that everyone is eager to embrace any new idea.

If there is revelling to be had, it tends to happen across the road at Hopscotch Bar, where live music and a large front beer garden inflate the space with atmosphere. It’s so popular that, after a certain hour, a line appears out the front, where bar-hoppers must wait to enter.

While both The Hamlet and Hopscotch tend to capture a younger set (and a fair few families at The Hamlet), Braddon also stamps its mark on the fine-dining scene.

There’s the much-loved Italian and Sons with its refined and brooding interiors and sleek pasta dishes, such as the maccheroncini al’ ragu, starring suckling lamb. But the place that elicits an ‘Oh, yes’ from locals when you mention an impending booking is the Elouera Street restaurant, eightysix.

When it comes to young, hip, tattooed chefs sliding unfussy but clever dishes across the pass, eightysix is entirely in step. Begin with a barrel-aged negroni and fried gnocchi, then move into the second act of share plates, such as the kangaroo with beetroot and horseradish, or perhaps the thoroughly street-sounding ghetto beef with salsa verde.

Bare brick walls and an open kitchen add to the cool but, as with most new-wave Canberra restaurants, the service has a neighbourly touch to it. That’s what Braddon looks set to become in its new incarnation: swapping dungarees for aprons, but holding onto the community spirit of its past.

What else would you like to know about Canberra?