Opening the book on the Cocos (Keeling) Islands fairytale 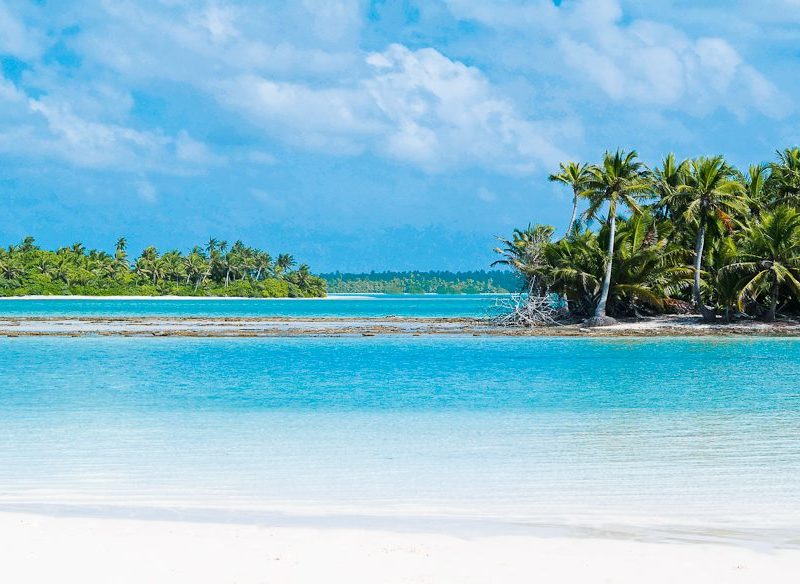 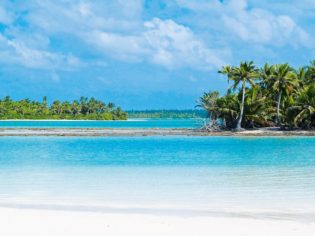 The Cocos (Keeling) Islands are a secret you won’t want to share. Just tell everyone you went to Bali

It is rare, in this day and age, to come upon a place so delightful in both looks and temperament that, on the very first sighting, one’s jaw does genuinely drop. But it’s hard not to promise that a visit to the Cocos (Keeling) Islands will elicit such a response.

Locally referred to as ‘Cocos’, these 27 islands stand alone in the middle of the Indian Ocean in an almost-perfect circle, halfway between Perth and the Maldives in more ways than one.

Don’t feel too surprised, though, that you’ve never heard of this place. Though the Cocos (Keeling) Islands – so named because both ‘The Cocos Islands’ and ‘The Keeling Islands’ are acceptable terms – have been an Australian territory since the ’80s, it wasn’t until the 1990s that commercial flights opened them up to tourists.

The end result is the kind of fairytale place that belongs in a picture book: a freak blip of paradise so special and untouched it deserves a spot on anyone’s wish list.

People have been blowing in and out of here in typical castaway style since the islands were first discovered by William Keeling in 1609. But the key arrival to Cocos took place in the year 1814, when a Scotsman by the name of Captain John Clunies-Ross fell in love with the islands (not too difficult, one might imagine) during a brief stop here on the way to India.

He vowed to return and make them his own and though, two years later, that is precisely what he did, his triumphant homecoming was marred by an unhappy discovery. An equally ambitious Englishman, Alexander Hare, had already installed himself on one of the islands… accompanied by a harem of 40 Malay women. (Like we said: ambitious.)

An instant animosity between the two sprang up; Clunies-Ross retreating to the opposite side of the atoll from which he glowered until a few years later when Hare, having watched his female companions desert his clutches for the arms of Clunies-Ross’ sailors one by one, eventually departed the islands all together.

Clunies-Ross would prevail as king of the islands from then onwards with his sons, and their sons in turn, styling themselves as kings of the atoll until modern-day politics eventually came knocking. By 1978, the Australian government had purchased the islands from the Clunies-Ross family for $6.25 million; in 1984 an independent, UN-sanctioned vote saw the population choose to become an integrated part of Australia.

But that is not the end of the story – not at all. Visit that same island today (Home Island, as it’s known, or Pulau Selma in the Cocos Malay dialect) and you’ll find descendants of Captain Clunies-Ross and his inherited harem thriving; the tiny, 450-strong population upholding an extraordinary cultural heritage of Malaysian road signs, Scottish jigs and broad Australian accents, and all clothed in the traditional garb of Sunni Muslims.

In comparison to West Island – the only other developed island on the atoll, and home to 150-odd ‘mainlanders’ (the Australians who’ve relocated here in recent years) – and its impossibly soft aqua, framed by the thousands upon thousands of perfectly lined palms waving glossy fronds at the sky, a more delightful clash of contrasts would be hard to find.

A million miles from home

If it’s all feeling rather exotic and hard to get to (a trip here requires a flight from Perth, via Christmas Island), a chat with local, Dieter Gerhard, will set you straight. Compared to the old days, it’s easy to travel here, he says – in fact, when Australia first acquired this place, it was virtually unreachable for the average antipodean.

“There used to be just one flight per week here, for 42 weeks of the year, and it was only for government custom agents and their friends and family,” he recalls. “You used to have to sign a form if you wanted to bring along a friend or relative, declaring that you knew them. The ultimate government junket, really.”

Gerhard, who first came here in ’89 as one such public servant, found himself compelled to “sell my house in Cairns and turn it into a dive boat” when the islands opened up to tourism, moving here in 1993.

“It’s changed a lot in those 25 years, but tourism is still relatively new here,” he comments. “It’s a new destination.”

That much is evident in the clarity of the water alone, which twinkles like a pale sapphire as we fly over its surface to our first dive location. Now the island’s local dive master, Gerhard’s daily office includes some of the world’s most spectacular dive sites, like Winter Wall, a seemingly endless mass of colours that dance with the sway of the tide, and Cannons, so named for World War battle remnants now found on the ocean floor.

From 20 metres down the water is crayola blue, deep and austere, and twinkling with sunlight, and as we creep around the whirling bommies of technicolour there are natural encounters of every variety to be had.

Manta rays, reef sharks, turtles, dolphins, enormous gorgonian fans, corals of every size and hue; even a lone dugong named Kat lives here, with her comical bulldog face and graceful dancer’s body, and spotting each of these things is all the more wondrous for the incredible clarity and temperate water.

Later, Gerhard all but pushes us in the water near a pod of bottlenose dolphins, complete with baby, as they jump and dive under and around us in the gummy-bear-blue wake of the swirling boat. Under the dome of sparkling light sky, encircled by distant islands in almost every direction, it is too easy to forget about the real world back home.

Not a worry in the world

Speaking of the real world (and that doesn’t happen often, what with the time difference causing the 6pm news to be screened at 4:30 in the afternoon here), the same rules don’t always apply. If that weren’t obvious from the moment you step onto the tarmac – which is the only international runway we’ve ever known to also be part of an 18-hole golf course – you’ll have deduced as much by the time you’ve located your rental car.

“The general rule is to always leave your keys in the ignition,” explains Colin Bloomberg, another holiday-maker-turned-local.

“Before we moved here permanently, we came over with the kids, and hired a car for the holiday. The kids went out to the car and came back inside saying, ‘Dad, someone’s taken the car’, which I didn’t believe. But I went outside and sure enough, the car had disappeared. A few hours later it was back, but whoever it was obviously decided they needed it more than we did at that time.”

Cars aren’t used terribly often here, with the local petrol station only open between 1pm and 2pm on Fridays; indeed if you’re staying at Cocos Castaway – a collection of basic-but-cute beach cottages a shell’s throw from the shoreline – you’ll literally walk across the road from the runway and open your front door. (Forget planes keeping you up at night – a grand total of two flights land here each week.)

Indeed, locals make such little use of their cars that “one night, the Mantas organised to roll the Morays’ cars out of their driveways and over to the other side of the airport runway,” grins Jules Bush, the local bus driver-slash-tourism marketing manager.

The Mantas and Morays she’s referring to aren’t sea-dwelling creatures, but rather the names of the two teams that divide the entire West Island population (each resident takes up the colours of either team and takes part in the island’s annual ‘Cocos Olympics’, alongside much good-humoured ribbing in the lead up).

“It was brilliant when everyone woke up,” she says, though there was only one problem with the prank: “Some people didn’t actually notice their cars were missing.”

The luxury of simplicity

Of course, some realities have encroached on this 600-strong population. Wifi internet, if not the fastest in the world, is readily available here. Groceries are expensive to buy (“We call it a paradise tax,” offers tour guide Ray Marshall), but there’s still a fairly surprising array of options.

‘About 20 per cent’ of people order chai lattes at local café Dory’s, according to owner Jo Clifford. On her menu you’ll find things like fresh fish wraps and tropical salads; who’d ever have thought you could travel somewhere so crazy-remote and have your soy latte and gluten-free cake, too?

Not surprisingly, other evidence of modernisation has long since begun to sprinkle itself about the islands. Though much of the accommodation is fairly basic – “there’s no gold taps or anything like that, it’s just the way we treat people I s’pose,” muses Susan Marshall, owner of the Cocos Seaview beach shacks, this year’s ‘best accommodation’ – you’ll find a spot of luxury at ninetysixeast, a recently opened B&B that wouldn’t be out of place on the beachfront streets of Byron Bay.

And, of course, there are the many natural luxuries. Take the ferry over to uninhabited Direction Island – usually described as ‘the best island for swimming’, though that’s probably inconsequential here – and find the castaway fantasy in all its flawless glory, complete with squeaky white beaches and aqua surrounds in hues that can’t be captured in a photograph.

Take a motorised canoe tour with local couple Ash and Kylie James around the southern half of the atoll, and stop for a champagne breakfast on a floating, purpose-built pontoon in the sheltered curve of island Pulu Belan Madar. Wander forests of lush, whispering palm trees, bare feet cupped in soft white sand, and listen to the many sounds of silence.

Or pull up a sunset chair at the golf club, and enjoy a stubbie with locals who know that being in thongs and a cossie is the greatest equaliser of all.

“The rest is not what’s important,” agrees 51-year-old Terry Morley, a Fremantle resident who first holidayed here six years ago. “It’s nice to be reminded of that.”

The details: The Cocos Keeling Islands

Virgin Australia flies here from Perth’s international airport on Tuesdays, Fridays and Saturdays, via Christmas Island (a great opportunity to stopover, as featured in the August/September issue of AT). Flight time is around four hours from Perth to Christmas; one-and-a-half hours from Christmas to Cocos.

There are 144 beds available on the atoll, and most of them are located on West Island. The average price per night is around $200. See cocoskeelingislands.com.au

• Despite the international airport, Australian citizens don’t need to bring a passport – normal ID will do. However it does make things faster when going through customs.

• Women are asked to cover their shoulders and knees when visiting Home Island, out of respect for local customs.

• Telstra phones will work here, but otherwise Cocos has its own mobile network which will require you to buy a pre-paid SIM.

• Daily temperatures range between 23 and 33 degrees year-round. Unless you’re a windsurfer, the best time of year to visit is November to April, when the trade winds are not around. 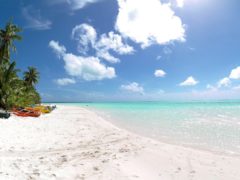 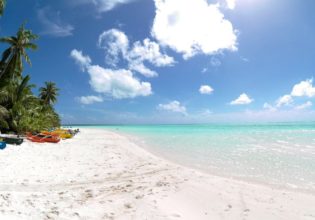 Once you've had time to come to terms with the beauty of its white sands and blue azure waters, here are eight ways to explore the stunningly remote C... 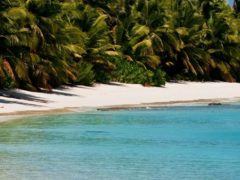 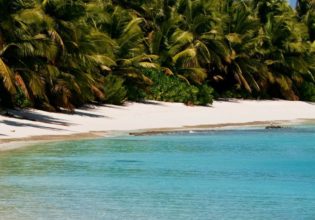 Score: 8.14 A necklace of coral atolls surrounding a pristine coral lagoon, Cocos (Keeling)Islands “is just like the Maldives, without mass tourism... 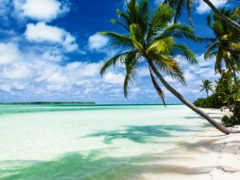 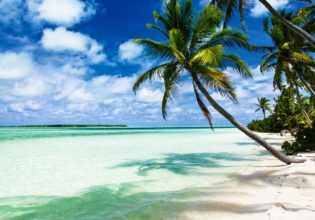 The islands to get stranded on Cocos (Keeling) Islands “This is THE destination on the travel journalism grapevine – stunning, cheap and alm... 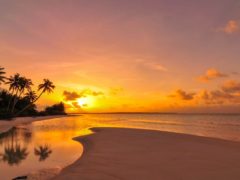 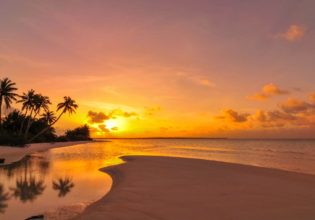 On the eve of our very special '100 Incredible Travel Secrets' edition, we thought we'd offer some early inspiration to kick start the big reveal... ...