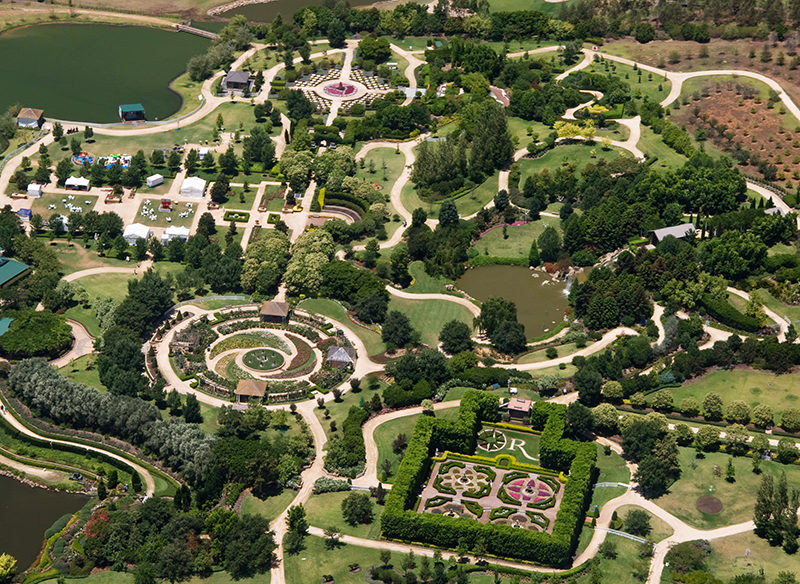 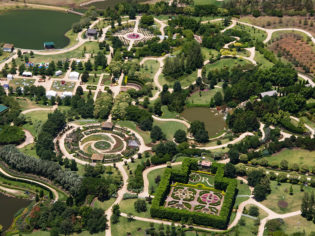 It’s one of the country’s most visited wine regions, but delightful nooks await those prepared to avoid the Hunter Valley’s more beaten tracks.

Earlier this year, when a little ’80s pop-rock group known as Roxette headlined at A Day On The Green in NSW’s Hunter Valley, we were quick to buy tickets.

But we weren’t so quick on the accommodation front. It turned out everything in the wine region’s central hub of Pokolbin had been booked up quicker than you can say ‘Hello, you fool’ (you should have booked sooner).

At the time, we had winced at the thought of staying in the outskirts: we wanted a convenient and satisfying weekend and, as frequent visitors, knew Pokolbin could offer that. After all, it boasts the Hunter’s largest concentration of wineries and cellar doors, restaurants and places to rest your head.

But as we would soon discover, beyond this beaten track the Hunter Valley is hiding some real gems – many of which are accidentally stumbled across by driving too far, taking a wrong turn, or when a Swedish pop duo causes a bed shortage. 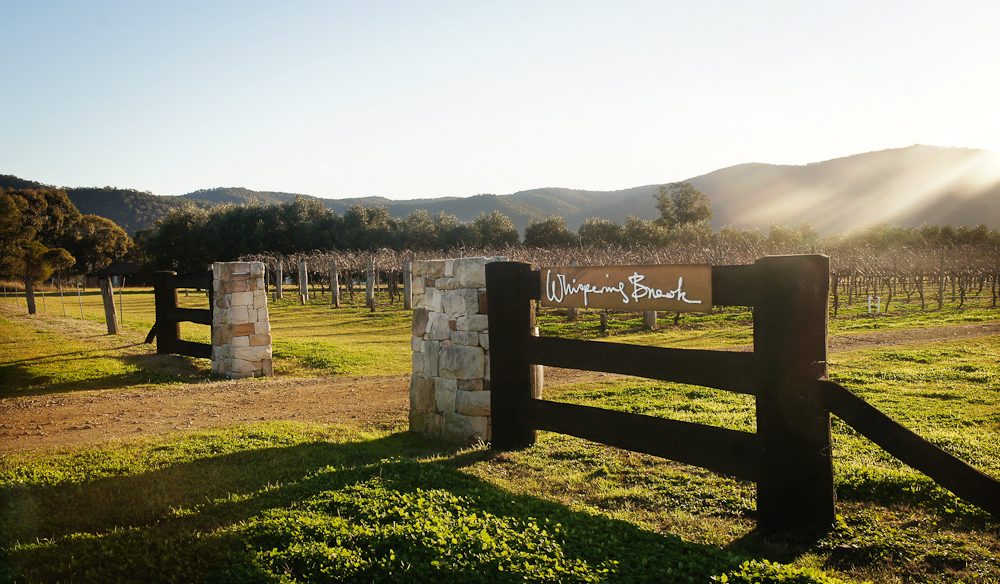 And so my love affair with the small sub-regions of Broke and Wollombi began, just 15 and 30 minutes from Pokolbin respectively. To get here you can bypass the usual gateways of Cessnock and Pokolbin altogether and arrive via Tourist Drive 33 by taking the Peats Ridge exit off the M1.

We insist you do: this slower-paced route follows a rather windy road, originally built by convicts, and passes some incredibly pretty farmland, charming country houses and barns, cattle and sheep grazing roadside, farm-gate stalls touting local produce and clusters of weird and wonderful letterboxes sitting at the top of long country roads.

What greets you at the end of this drive is a host of family owned and run businesses where the people behind the food and wine tasting experiences are generally the ones who are out on the land picking the grapes and olives, making the wines and oils, and labelling the bottles.

More than just producers, they’re artisans – a good number of whom take a sustainable and organic focus to their craft.

Compared with Pokolbin, where tour buses ship visitors in and out in droves, these underrated sub-regions of the Hunter Valley are quiet and peaceful.

During our visit we never once share the tasting table with other visitors, allowing us to have one-on-one conversations with the locals who are happy to share tips on where you should head to next.

Julie MacDonald, cellar door manager at Noyce Brothers Wine in Wollombi tells us that they don’t see as many visitors as they’d like. “We have history, great wineries, divine accommodation… and Kellie across the road does beautiful stuff,” she says nodding to the little paper bag I’m holding. But more on that later.

Noyce Brothers is a boutique wine producer whose cellar door is housed in a beautiful 19th-century sandstone building, also home to Grays Inn, in the heart of the historical village.

The vineyard is located just a few clicks up the road and is owned by Phillip Noyce (director of Australian film Rabbit Proof Fence and TV series Revenge) and his two brothers Michael and Peter. Julie urges us to taste the verdelho, which is soft, smooth and easy-to-drink, and we immediately commit to purchasing a bottle.

The aforementioned paper bag I’m holding contains a tiny glass jar encasing a pair of earrings made out of Japanese washi paper – I had bought them from Twine, a gorgeous home store that stocks unique, quality products from all over the world, as long as they’re created sustainably or follow Fairtrade practices.

Owner Kellie Jones had told me that the soft, flat-woven Turkish bath towel I was admiring was made in central Turkey with 100 per cent cotton and the hemp table runner was hand-woven by artisans in India. You won’t leave empty-handed.

The store is housed in the former court of Petty Sessions, one of the village’s many heritage-listed Colonial buildings, built around 1840 and restored in the 1970s. Across the road, the General Store is resplendent in its original 1860s building, and stocks a selection of locally made honeys, jams, oils and relishes, an ideal spot to stock up if you’re staying in self-contained accommodation.

Despite being small, there’s a number of dining options in the village: Café Wollombi has a lovely wraparound verandah that is the perfect spot to perch when bathed in sunshine (the coffee is great, too!); Italian-style eatery Panino is located next to Noyce Brothers Wine – dine out back and play a game of chess on the giant chessboard; and the Wollombi Tavern is a good ol’ fashioned establishment where you can enjoy some pub grub and a glass of the infamous Dr Jurd’s Jungle Juice, created by legendary local Mel Jurd in the late ’50s and sold here ever since. 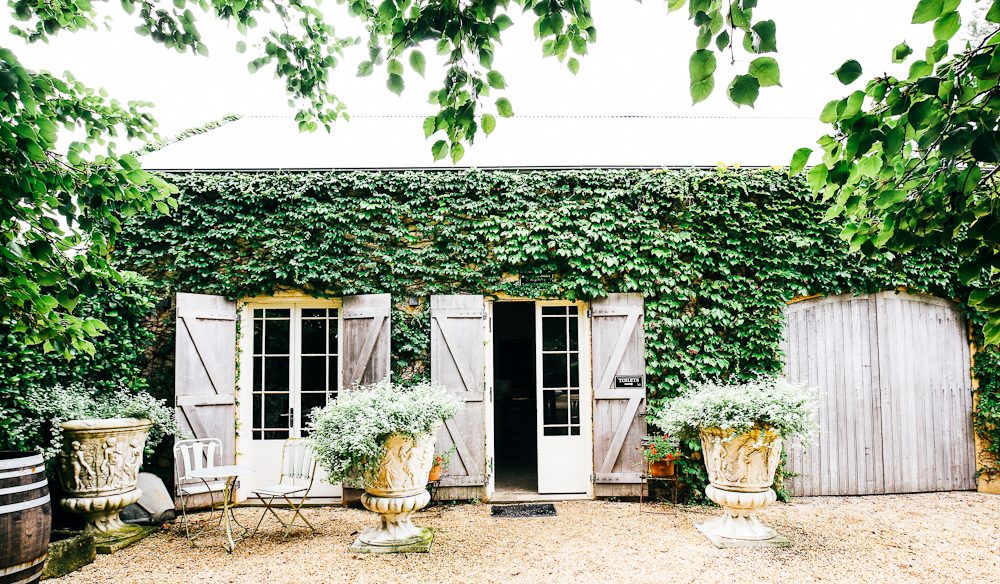 Indeed, if an au naturel drop is more your style, hit the road and head up to Broke, stopping in at Krinklewood Biodynamic Vineyard – about 20 minutes north of Wollombi. Overlooking vineyards and olive groves, its cellar door is set among provincial-style gardens, home to a resident peacock and chickens strutting about.

The vineyard and farm is managed in a biodynamic, organic and sustainable way, giving the wines an individual flavour and superior quality. The Francesca Rosé is a personal favourite, but the chardonnay and semillon have impressed the tastebuds of experts, winning several awards over the years.

Also placing a strong emphasis on sustainability is Margan winery and restaurant; its one-acre kitchen garden and orchard produces up to 90 per cent of the fruit and veges on the award-winning menu.

But it doesn’t stop there: they raise free-range chicken and Black Suffolk lambs, have beehives for fresh, unfiltered honey and an olive grove; anything they don’t produce on-site, they source locally, as do most restaurants and cafes in the area.

Of course, the wine is also produced on-site and we head into the exquisite cellar door for a tasting. After hearing this is our first time exploring Broke, the gentleman behind the tasting table suggests we stop in at Whispering Brook: “They’re doing a good thing down there.”

Taking his advice, we follow an unassuming laneway to the vineyard (whispering-brook.com). It was rated a five-star winery by James Halliday earlier this year with its 2011 shiraz and 2013 semillon both scoring an impressive 95/100, but it’s the chardonnay I’m most taken by, it’s making a comeback thanks to small wineries like Whispering Brook creating a more elegant drop with less oak. And, for the record, it’s one of the most delicious I’ve tried.

Cellar door manager Ron Corino tells us why the boutique winery trumps the bigger wineries that mass-produce. “We prune the vines by hand, cutting back bunches of grapes so the vine puts all its energy into the remaining fruit, meaning the quality and flavour of the fruit is better. Our aim is quality, not quantity.”

But in my case, it’s all about quantity as I leave with several bottles of vino. 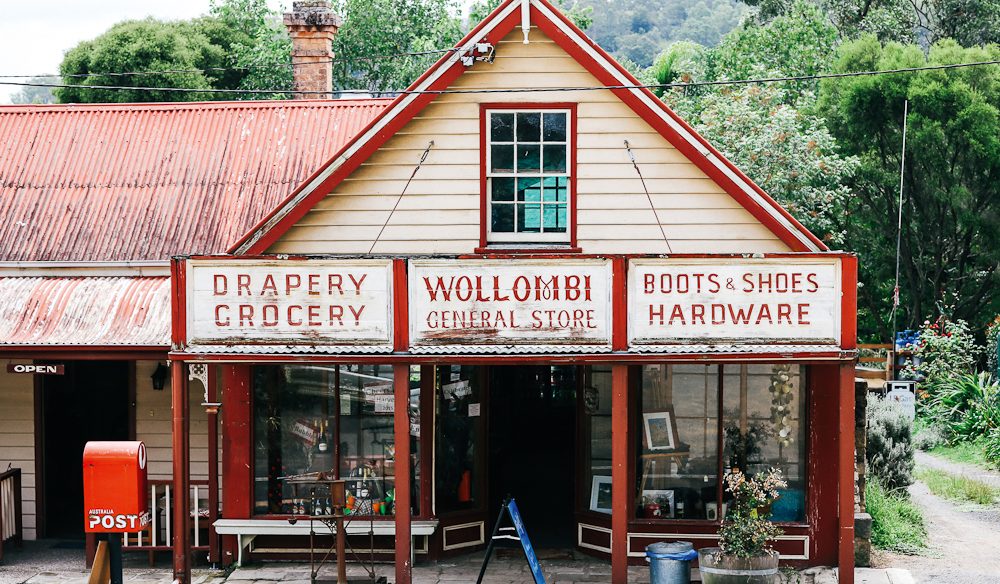 Our final stop for the day is Broke’s Promise where owner Graeme McDougall asks a hard-hitting question: “Where do you buy your olives from?”

Sheepishly, I admit to shopping at Coles and Woolies. He offers up a bowl of green Spanish Manzanilla table olives, which are decidedly less salty than the ones I’m used to. “The supermarkets import their olives from Chile and Argentina,” he says, “and they love their salt over there.”

We also try the tapenades and the flavour-infused oils and balsamic vinegar. “Get creative!” Graeme urges. “Drizzle the lemon olive oil over salmon and bake in the oven; use the olive and chilli tapenade in your pastas or pizzas; make garlic bread with the garlic oil!” as he kisses his fingertips and flicks them in the air.

It’s this kind of passion that makes tripping around cellar doors a truly worthwhile pursuit. As I leave with a couple more bottles underarm, I get a warm, fuzzy feeling from supporting the small guys… Or is that the wine?

Later that evening, as we settle in front of the fire in our secluded country house – somewhere in the backroads of the Hunter Valley, away from the crowds – with a glass of local wine, a plate of local olives and some fresh sourdough and balsamic vinegar, I decide this is now my Plan A. 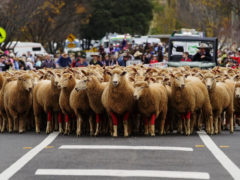 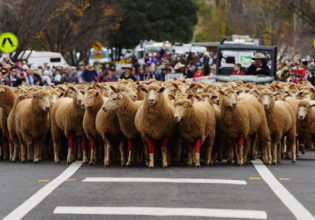 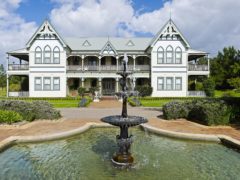 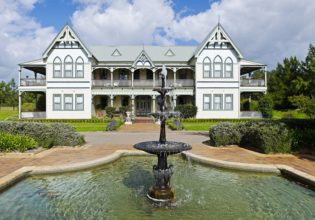 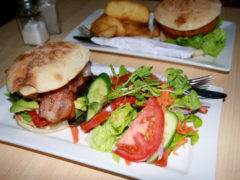 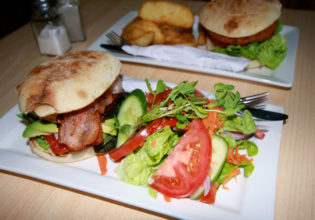 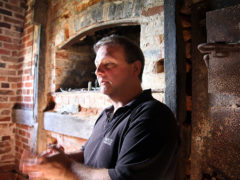 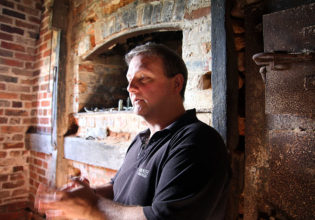