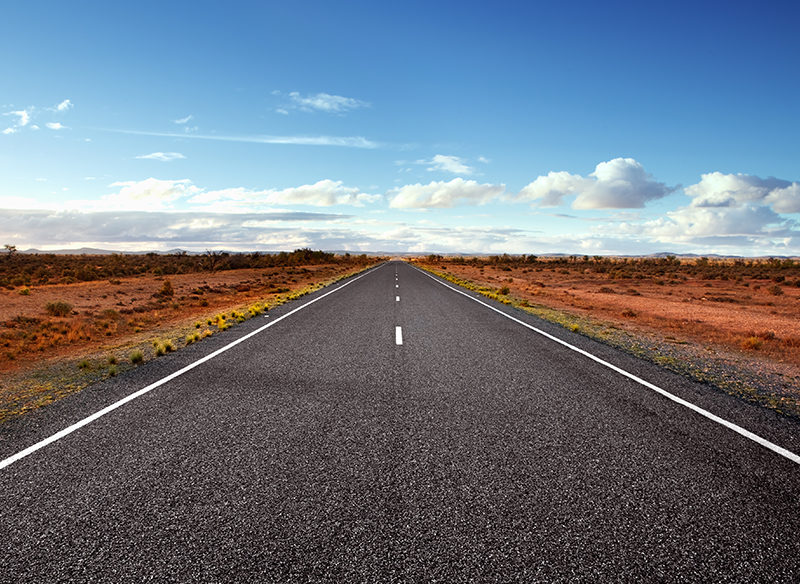 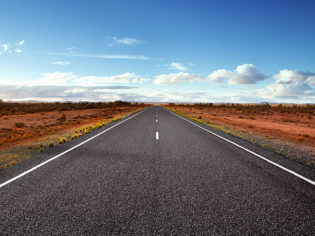 When Australia heads to the coast, Steve Madgwick takes the path of most resistance straight into an outback furnace to discover if ‘low-season’ travel is possible (and/or pleasurable).

The road is melting. Yet another warning? Ignore. Must keep going! My rental car security deposit is probably lost anyway. The Corolla’s pearl white duco is freckled with molten pieces of tarmac, which the 45-degree heat has fused on – and I’m not even close yet.

“Why would you want to drive into the outback at this time of year?” a chorus of friends and strangers had asked me when I told them I was planning to head north from Kangaroo Island, through the Adelaide Hills, en route back to Sydney, the long way via Broken Hill.

Initially I didn’t have a coherent answer. At a time when most ‘normal’ Australians are fighting for their piece of 36,000 kilometres of coastline, I would be making my way to NSW’s ‘Dead Heart’ in the midst of a January heatwave. 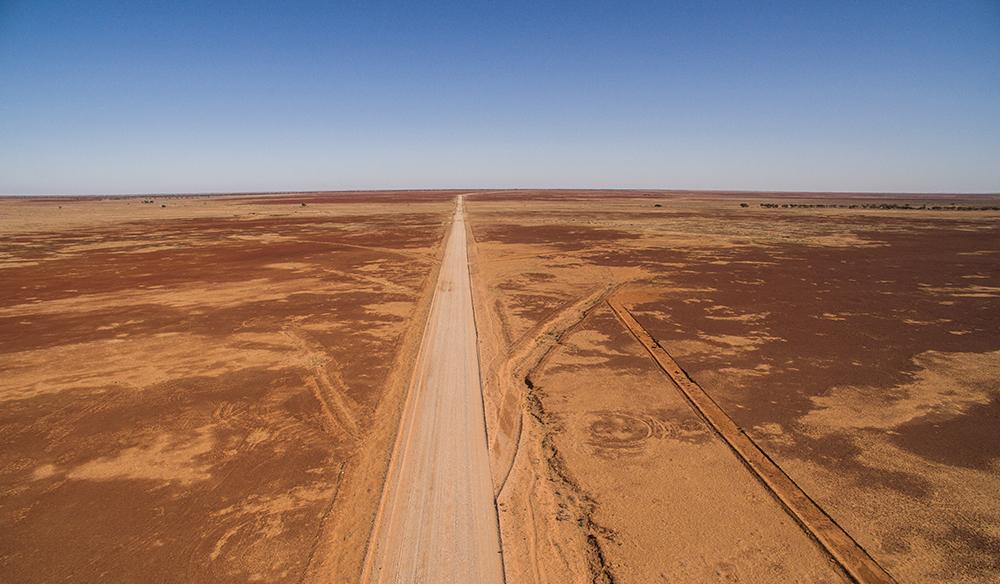 Most authoritative travel advice, including guidebooks such as Lonely Planet, frowns on outback-bound summer travel.

In his book In a Sunburned Country, American author Bill Bryson goes one step further, likening the outback to our deadliest predators: “You may be fatally chomped by sharks or crocodiles, or carried helplessly out to sea by irresistible currents, or left to stagger to an unhappy death in the baking outback.”

My last line of defence, the South Australian town of Burra’s tourist information office, sings the same tune. The amicable woman is flummoxed at the idea of driving a further 350 kilometres into nothingness.

“You know it’s going to be near 50 degrees out there?” she asks.

Not many others have ventured this far

She tilts her head and arches her eyebrows. She thinks I’m unhinged. Well, maybe. But I am also in the majority of Australians who hasn’t even been close to an area of the country that is said in many ways to define it. This is, I s’pose, why I am ignoring the venomous heat and well-wishing naysayers.

She sends me on my way with a pointed warning about not pulling off the road because my car’s engine heat could spark a massive scrub fire, “like the other day”.

Watch out for the wildlife

The traffic dries to a trickle; big rigs mostly. A lone emu plays a high-speed game of chicken with me, before dramatically exiting stage left, leaving me staring in blinking wonder. Most wildlife is either asleep in the shade or pre-flattened on the highway. There is, however, an abundance of feral goats snacking on thorny bushes. Tough udders indeed. 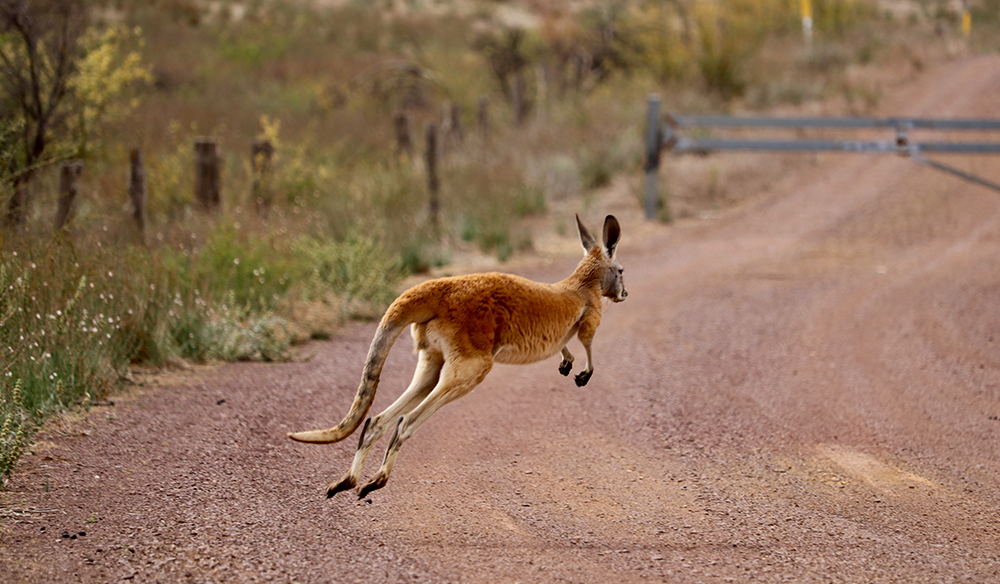 I reach Silver City mid-afternoon and cruise down the main drag. It is deserted. The ’Hill is in lockdown, an enforced summer siesta. Travelling ridiculously out of season comes with its benefits: accommodation is noticeably empty and prices reasonable. I have my pick of the rooms at the Palace Hotel (the Priscilla pub with the kitschy murals). 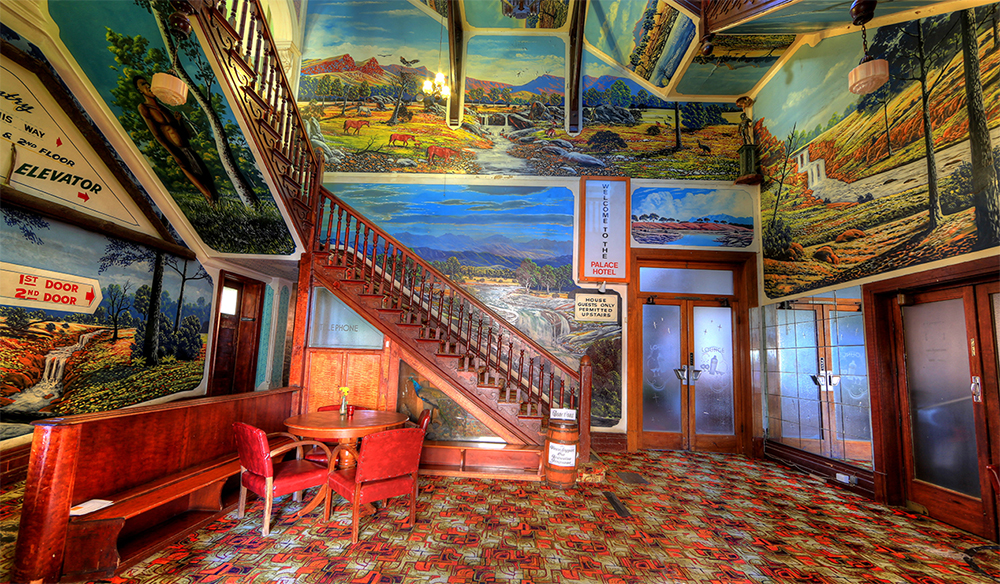 Taking my cue from the locals, like a desert lizard I wait out the remainder of the afternoon on the hotel’s broad verandah, each beer staying cool for all of three minutes. The latent heat hovers heavily as the sun sets. I drive up to the top of the all-surveying silver skimp dump, essentially a mound of mining waste that imposes itself over the ’Hill, a superb spot to gain some perspective over this settlement of many personalities. 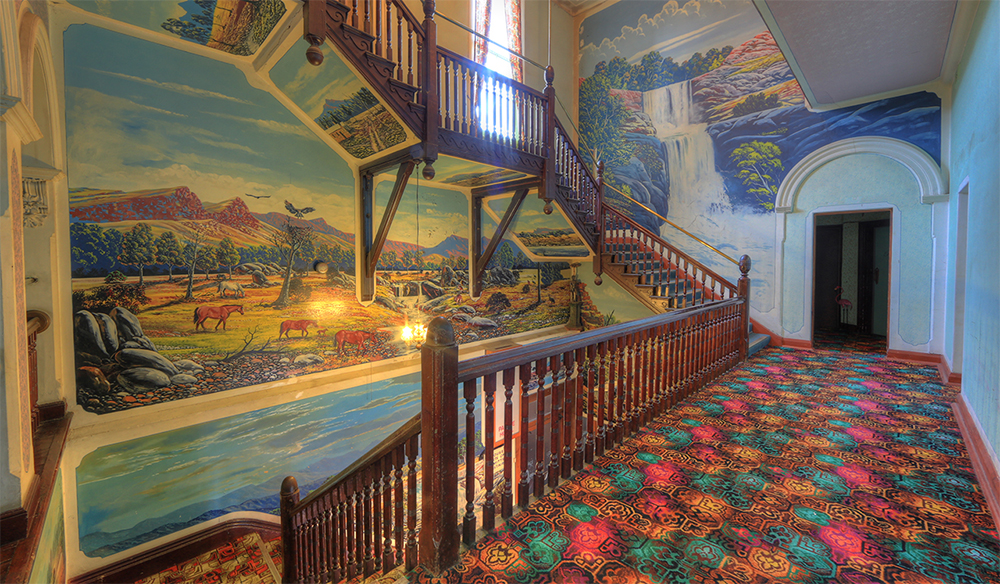 The Palace Hotel Broken Hill was used as a stop-over for the characters in the 1994 Australian iconic movie, Priscilla Queen of the Desert.

A small group emerges from their air-conned hibernation, gathering around me to sunset worship. An older couple sparks up conversation, as though we’ve met before. They are happy I’ve made the effort to come all this way and seem relieved I actually made it in one piece.

We gawp at a trillion stars slowly replacing the day’s last sunlight. Behind us, some distance away, a blinking Royal Flying Doctor Service plane lands at its base. Yep, I’m in the outback now.

Keep cool, however you can

The couple insists I go for a swim in their pool tomorrow. They also list other places to keep cool and give me their phone number – “just in case”.  Does high-season hospitality stretch this far?

Over the next few days, as the furnace maintains its rage, I visit the area’s must-dos at a distinctly off-season pace. A cool(er) evening is spent at the stunning Living Desert Reserve, ogling the majestic rock sculptures against a backdrop that defines infinity. I stroll around Pro Hart’s (exquisitely air-conditioned) gallery, all by myself. I negotiate the ‘39 dips’ along the road to Silverton; Priscilla and Mad Max territory. 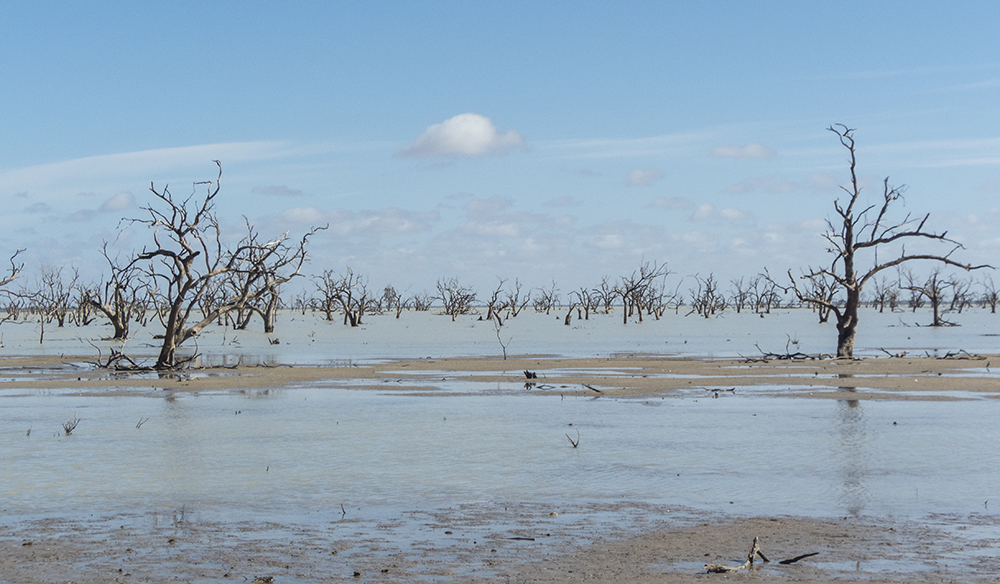 I stop. I rest. I walk slowly. I drink water mechanically.

Even further out at Broken Hill’s Riviera, Menindee Lakes, I sit and watch galahs act like galahs, dancing crazily ’round a sprinkler. I spy an eagle the size of a four-year-old child perched on a post. She stares at me as though she is my master. I revel in my stubborn defiance that has exposed me to all of this.

Australian author Ian Parkes once wrote that the outback landscape seizes you, even in intense heat. At first, just the concept of the landscape seized me and then the landscape itself grasped me. The outback had made the decision for me to head north, I didn’t have a say in it. A little thing like summer was never going to get in my way.

MORE: The Australian outback anyway you want it