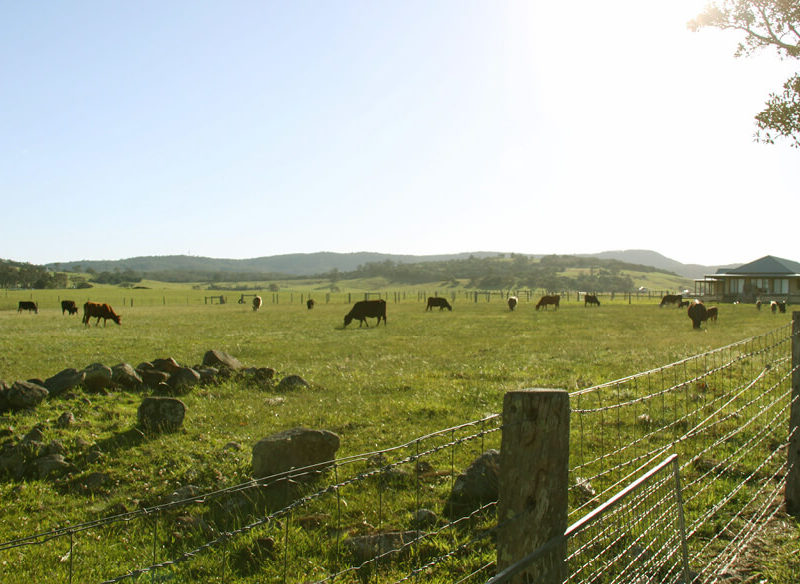 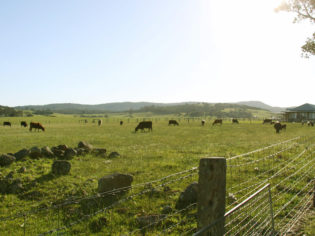 With a thriving food scene and a strong sense of community, there’s no denying the charm of New South Wales coastal darlings Milton and Mollymook.

Milly and Molly have always been joined at the hip. As the older of the two, Milly has assumed the responsibility that comes with growing up in country New South Wales. Molly, on the other hand, has matured at a slower pace, in the shadow of her big sister. But Molly has finally come of age – and Milly is reaping the benefits of the change in dynamics.

The morning sunshine is soft and warm on the outskirts of Milly. On a cottage verandah, hens spread their wings and settle down for a nap. A border collie nods off at the foot of a staircase leading to a stylish loft apartment. Bees buzz between strawberry flowers and dairy cows chew grass in a paddock over the back fence. It’s a peaceful introduction to the Shoalhaven towns of Milton and Mollymook on New South Wales’ South Coast.

There’s no denying, Milly and Molly go hand in hand; a trip to one isn’t complete without a visit to the other. Yet, the siblings are yin and yang. Shaped in the late 1800s by a thriving timber industry, Milton was the commercial centre of the region (before Ulladulla, to the south, overtook it). Mollymook, however, has always been a sleepy seaside hamlet attracting surfers and families.

Today, as the Princes Highway approaches Milton, a mere five minutes’ drive from the coast, traffic slows to a crawl. Pedestrians amble from boutique to gallery to cafe. Life is idyllic, but don’t be fooled – there’s vitality among the rolling farmland, and it’s largely thanks to a flourishing hospitality scene.

‘Rick Stein put Mollymook on the map’ is a phrase I hear more than once during my weekend stay. The English celebrity chef is influencing the South Coast’s culinary landscape, seven years after opening his self-titled restaurant at luxury hotel Bannisters by the Sea. At least three of the Shoalhaven’s top restaurants and cafes have former Bannisters chefs in the kitchen. They include Matt Upson, co-owner and head chef at Tallwood, a hip tapas bar in Mollymook; Adam Kann, the new head chef at Native, a trendy cafe in Ulladulla (try the turmeric latte); and Alex Delly, co-owner and head chef at the one-hatted St Isidore (order the cooked-to-perfection Scotch fillet).

The ‘Rick Stein effect’ has tourists scrambling to meet Molly, thrusting Milly into a renaissance that’s taking its cues from the kind of crowd rushing to Byron Bay’s sophisti-rustic ‘The Farm’. Newcomers are moving in, drawn to a healthy, relaxed lifestyle.

One of these is Jenny Paul from The Old Schoolhouse, a few minutes from Milton’s hubbub. Having moved from Sydney, Jenny started the boutique, self-contained accommodation in 2014. From its original disrepair, Jenny has breathed life back into the one-hectare property and, in the process, been welcomed by Milly and Molly with open arms. A passionate horticulturist, she says Milton is a sharing community with a strong organic and seasonal food scene. Produce and free-range eggs from her thriving garden are frequently exchanged for a morning coffee at Milk Haus, a cafe down the road in Woodstock.

– Milton and Mollymook are in the Shoalhaven region of New South Wales.

Milton is the main town, about 200 kilometres east of Canberra.

– The Old Schoolhouse Set on a beautiful property just out of town, you’ll feel just like a local when you stay in the self-contained loft or cottages.

Perfect for couples; be sure to try the raw honey and free-range eggs.423 Croobyar Road, Milton.

– Flour Water Salt: From the folks at The Farm at Byron, this is a must on the itinerary.

You’ll want to return time and again to sample all of the organic, fine fare. 87 Princes Highway, Milton.

The space is airy and casual, the food fresh and delicious. 170 Woodstock Road, Woodstock.

– Mollymook Beach Surf School: Go it alone or book a group lesson, and learn how to surf in the gentle beginner waves around the Shoalhaven.

Boards and wetsuits are provided.