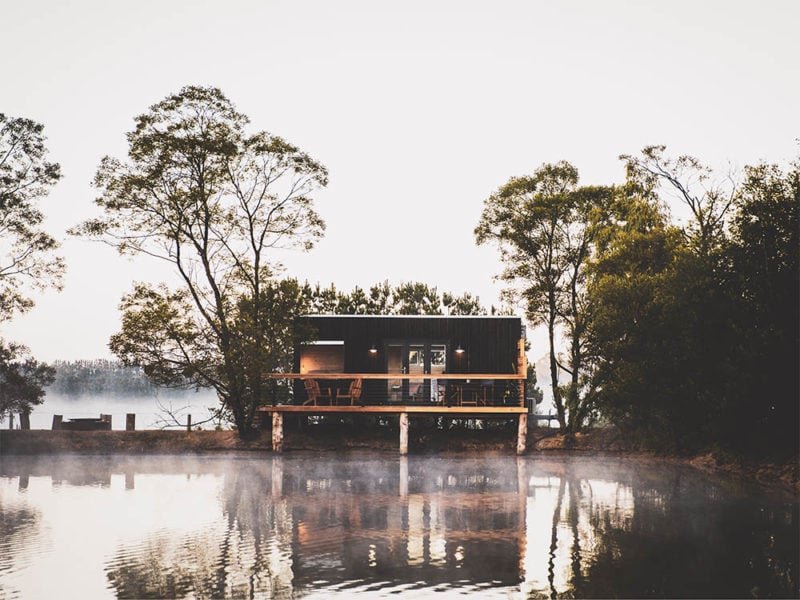 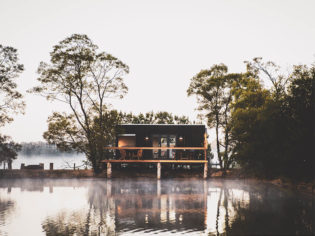 The Southern Highlands hub of Moss Vale has a charming country town feel layered with a collection of seriously stylish stores, cafes and eateries that makes for an alluring day-trip destination or long-weekend escape.

The NSW Southern Highlands has a quaint appeal built on the back of its charming towns, bucolic landscape and distinctive seasons. The region (the traditional land of the Gundungurra and Tharawal people), officially known as Wingecarribee Shire after the river that runs through it, is anchored by the bustling hub of Moss Vale.

Just over 1.5 hours’ drive from Sydney (or under two hours by train into its historic station), Moss Vale began life as an 1819 land grant from Governor Lachlan Macquarie to Dr Charles Throsby, a surgeon turned explorer and grazier who had arrived in the area in 1817. He built a cottage here that was eventually incorporated into Throsby Park, a grand colonial homestead, by his nephew, also named Charles; the house still stands proud today and is open to the public on occasion. The town was named after the former convict Jemmy Moss, a loyal employee of the Throsby family who lived on their lands.

The laid-back town (which for the purposes of gaining its ‘hip’ moniker here counts as one big neighbourhood) has now firmly established itself as a favourite short-break destination, drawing in visitors looking to browse the chic homewares stores, buy freshly baked goods from local children who set up sidewalk dessert trolleys under the watchful eyes of their parents, sample the wares at nearby wineries and get cosy in front of a roaring fire during the chilly winter months.

“When we first began renovation on our Moss Vale store it was like a ghost town, with many shops vacant and a lack of places to eat and drink,” says local business owner Suzie Anderson of the changes in the past five years. “It was more of a thoroughfare than a destination, to the point we wondered if we were making a big mistake, wondering if people would frequent our store. It now boasts a thriving community of homewares stores, cafes and wine bars which means visitors can spend time wandering Argyle Street from top to bottom, enjoying a casual coffee or a fine-dining experience. The range of homewares and design shops are unique and there is not one multinational shopping outlet. All are owner occupied, which is fabulous and unique nowadays.”

Head chef Ben Bamford helms the kitchen at Birch Restaurant, an elegant dining space on Argyle Street owned and managed by Glenn and Renée Wallace. The menu here makes good use of the bounty from local producers and suppliers, changing according to what they are ‘excelling’ in at the time.

A seven-course set menu is available each night Birch Restaurant is open, and in lieu of a regular lunch service it holds long, lazy lunches on the first Sunday of each month, which often book out in advance. At the other end of town, Birch Store is tucked into a heritage-listed storefront and filled with local produce and considered homewares. 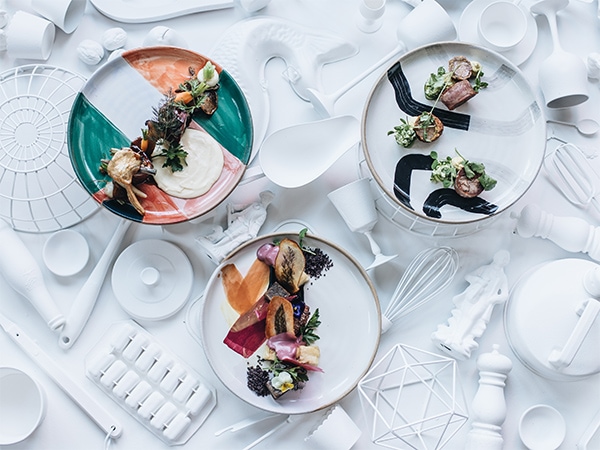 This cosy cafe is always buzzing with locals and out-of-towners who flock here for the seriously good coffee, the delicious selection of homemade treats – from generous pillow-soft scones served with lashings of jam and cream to all manner of cakes, cookies and slices – and a changing menu of fresh salads and brunch choices (the bacon and egg roll with cheese, hash brown and sauce is a crowd-pleasing staple). Grab a table under the black-and-white striped awning outside and watch the world go by at a meander. 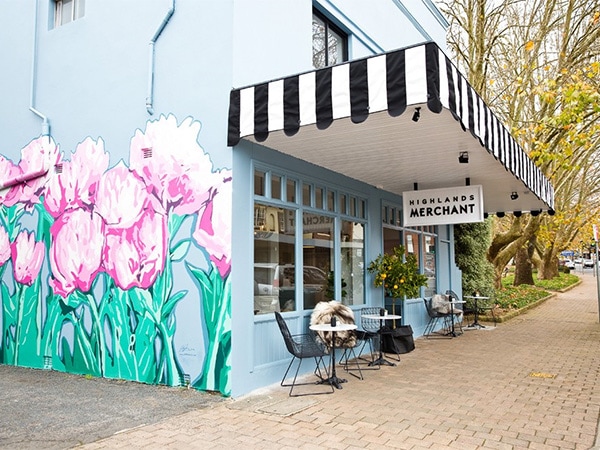 Suzie Anderson is renowned for her impeccable aesthetic (also in evidence at her Bowral store inside Dirty Janes), so any visit to this emporium of all things lovely is an exercise in deciding what you want to take home more (just ask Nicole Kidman and Keith Urban, who were spotted shopping there in January).

The light, airy space is filled with elegant furniture, linens, coffee table books and chic knick-knacks from around the world, gathered together in room vignettes that are so gorgeous you will want to move in and live here yourself. 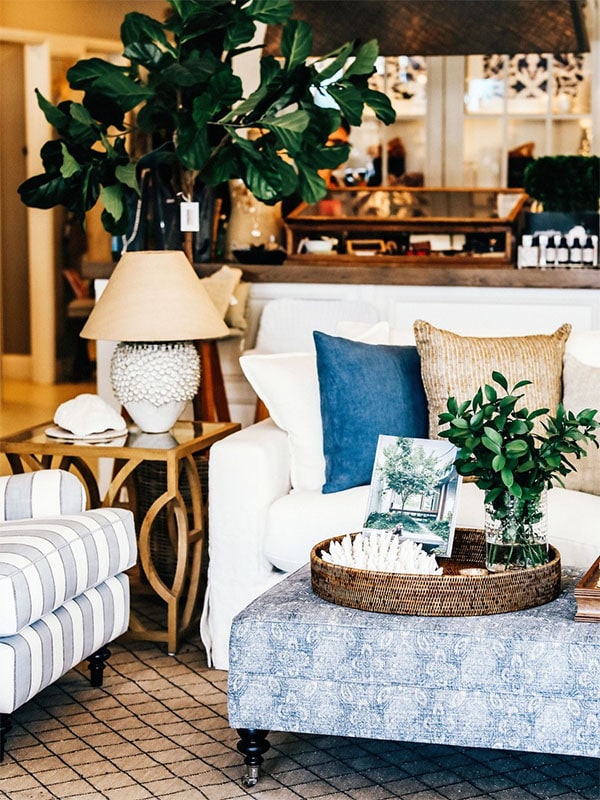 Suzie Anderson is renowned for her impeccable aesthetic

Having formed a friendship based on a mutual love of rugby and beer, Cameron ‘Camo’ James and Ben Twomey launched Southern Highlands Brewing in 2015, and followed it up with the opening of the Taphouse in 2017. The large dining space is housed in the gracious heritage Toose’s building, originally built in 1897, and fitted out in a sophisticated yet relaxing style. All of Southern Highlands Brewing’s craft brews are on tap and the menu includes pizza and pasta dishes.

Sitting in a 56-hectare working farm complete with more than 80 horses, Hideout is a cosy couples-sized cabin that comes with all the prerequisites for a gracious stay, from InTheSac bedlinens, under-floor heating and Egyptian cotton towels to wine sourced from the neighbouring Mount Ashby Estate, cocktails from The Everleigh Bottling Co. and a Nespresso machine in the well-equipped kitchen. It’s the passion project of owners Thomas and Kate Arkins, who have positioned the cabin so guests wake to uninterrupted views of the nearby dam and the property stretching out in all directions, and designed stays around its resident equines and feeding of the animals. 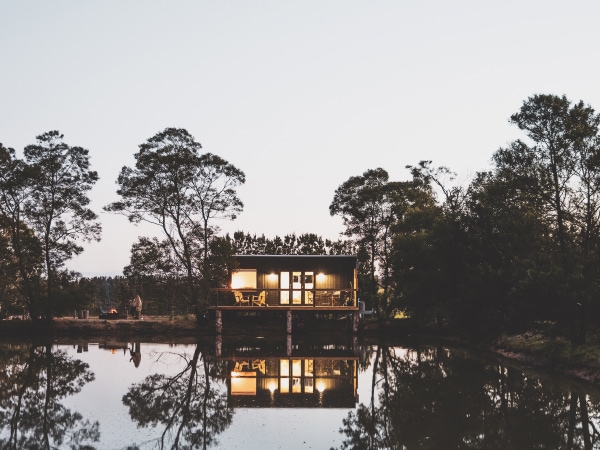 This homewares store, started by owners Ben Gowing and Daniel Percival in 2012, boasts an eclectic inventory of furniture, lighting, homewares and garden pieces sourced from the likes of India and France. The aesthetic here leans heavily towards shades of blue and earthy neutral tones in everything from lamps to ceramic stools to throws to accessories, while equal attention is lavished on outdoor living spaces, with pots, plants, mirrors and furniture.

Dominated by the relocated Bowral Produce Store and surrounded by charming gardens, Mount Ashby Estate is a delightful spot to sit at an outdoor table in the afternoon sun feasting on a cheese platter and glass of the vineyard’s Petit Rouge Rose. The feel of a French country idyll is ramped up by the gaggle of resident geese that waddle around the grounds. Head into the 1918 corrugated iron-clad store to view restored French provincial antique furniture and French farmhouse tables. 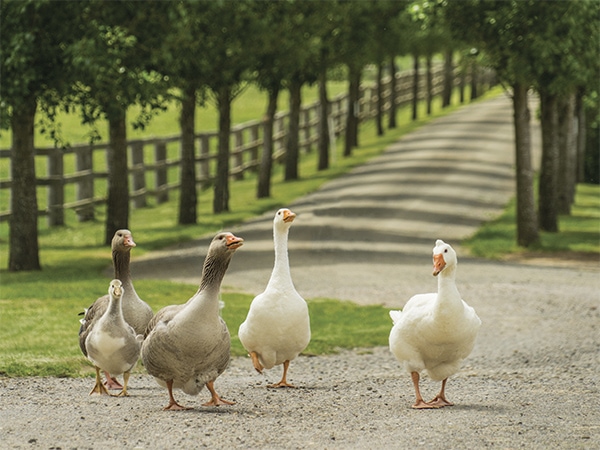 If you are looking for a little something to take away with you from your visit, Nest & Burrow is sure to have the perfect item, given its extensive display of giftwares that runs the gamut from stationery to candles to organic toiletries to a delightful range of children’s toys and accessories.

The inventory here is sourced from all over the globe, including Italian leather goods and cosy cushions from Scotland, presented in an expansive space complete with mood lighting.

Greek immigrant Emmanuel Benardos (Bernie to the locals) established the Central Cafe in Moss Vale in 1925, eventually bringing his wife Mirsini and their four children into the business before it was sold in 1958, four years after his death. Some 55 years later, his grandson Ioannis has brought the business back to life as Bernie’s Diner, an American-style diner populated by bow-tie-wearing counter staff serving up traditional fare such as burgers, hotdogs and shakes as well as smoked pastrami and corned beef sandwiches. The kids will love the retro kitsch of it all, but the food is also worth the visit. 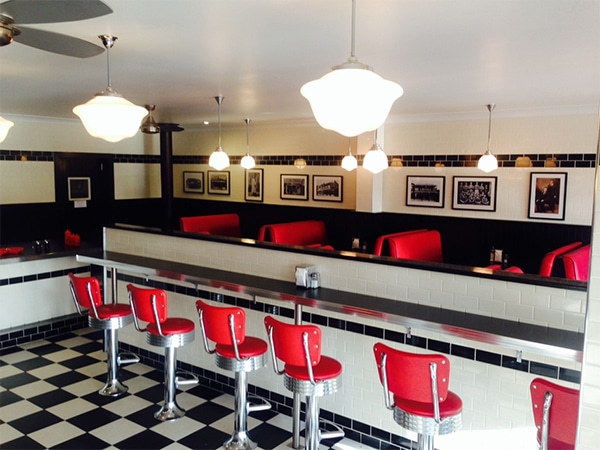 This vibrant store on the main thoroughfare of Argyle Street smells as good as it looks, stocking as it does a seriously well-curated selection of homewares, fashion, stationery, books, accessories, beauty products and candles. With everything from Quail Ceramics’ too-cute salt and pepper shakers depicting animal pairs both weird and wonderful to Skandinavisk hand creams (try the Skog fragrance evocative of a Nordic forest) to Marimekko teapots, browsing here represents a serious investment of time in order not to miss a thing. 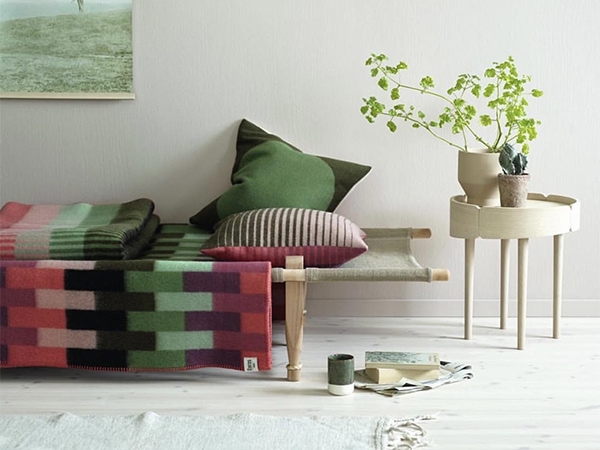 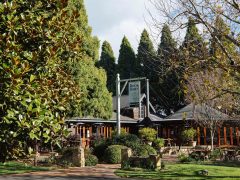 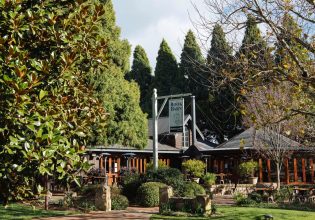 Top 11 things to do in Bowral and surrounds

Bowral is bursting with things to do, from living it up in a country estate to trawling for books and antiques and sipping great coffee. You’ll fin... 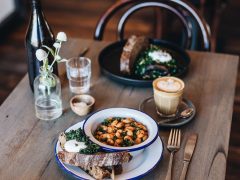 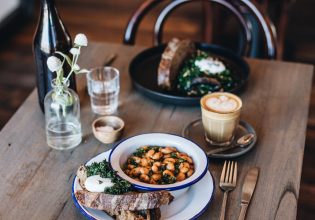 15 of the best cafes in Bowral

From bakeries to bistros to hip cafes in heritage buildings and spaces with their own market garden, Bowral cafes are a celebration of Southern Highla... 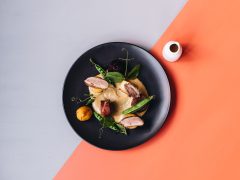 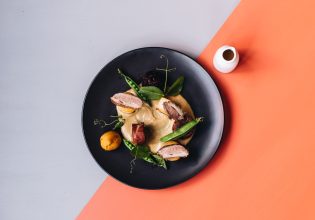 The definitive list of best restaurants in Bowral (and beyond)

Whether you’re road-tripping with the family, or looking for romance, make sure you know the best Bowral restaurants to book before you escape for y... 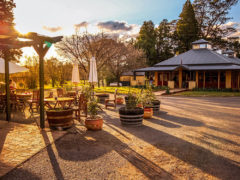 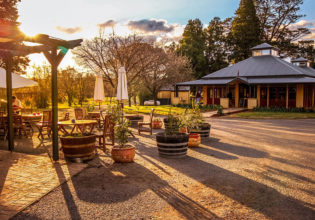 A guide to the Southern Highlands’ best wineries

From pinot pioneers to tractorless vineyards and plenty of Italian inspiration. Among the myriad charms of NSW’s Southern Highlands is its relative... 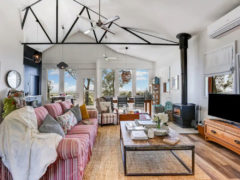 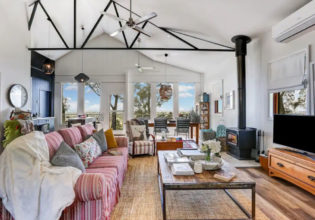 10 places to stay in Bowral and surrounds

From a weatherboard cottage in the centre of town to an architectural icon and all manner of elegant country estates. A trip to the NSW Southern High...