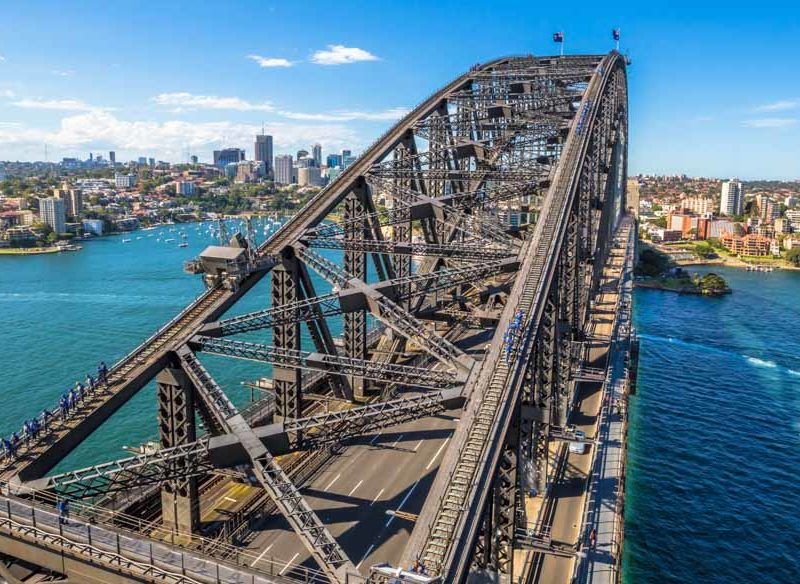 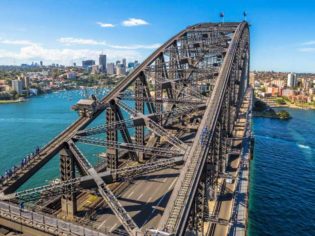 Summer’s almost here, and Friend Number 1036 has decided it’s the perfect time to pay you a visit in sunny Sydney…

But unfortunately, you’ve shown off the Manly Ferry, Bondi Beach and the Rocks to the previous 1035 and you’re quite frankly sick of them. So where can you take your freeloading overseas guests that feels distinctively Sydney, unquestionably special and – more importantly – keeps your good natured tour guide sanity intact? Well, there’s this little lot…

Too tight for the BridgeClimb? Well there’s a passable alternative that involves schlepping up approximately eleventy billion steps inside one of those entirely decorative stone pillars.

The views from the Pylon Lookout ($13) aren’t quite as good as those from the top of the bridge, but they’re hardly a shabby imitation either.

Once back down, head to Dawes Point and look at the bridge from underneath. The humungous grey rivets are oddly impressive close up and bring home just what a monster the Coathanger is. 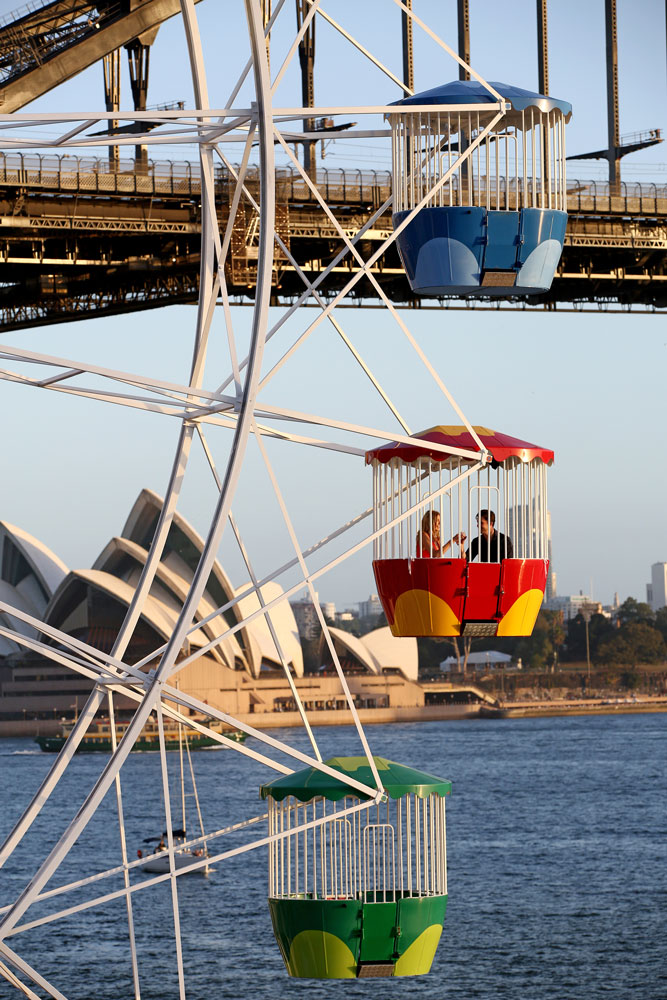 Take in views of the Harbour Bridge and Sydney Opera House as you circle around in your Ferris Wheel pontoon.

Ever wanted to show off our glittering Harbour to guests and enjoy an incredible meal? Luna Park’s latest offering combines these two elements – and if we may say – takes it to new heights. As the name suggests, Ferris Wheel Dining involves you climbing aboard your own personal Ferris Wheel carriage at Sydney’s Luna Park, where you’ll be poured a glass of champagne, served your entree platter, which is likely to consist of oysters, foie gras and sashimi, before sending you off for a few scenic spins above the water.

As you circle around, waiters on the ground floor will refresh your glass and clear your plates, preparing you for the next course – as prepared by Luna Park’s signature restaurant, The Deck. You can expect beautiful mahi-mahi or confit duck as just a few of your options for main and sumptuous mousse or tart-style desserts. The food is exceptional – almost as impressive as your view. Okay – just as good. 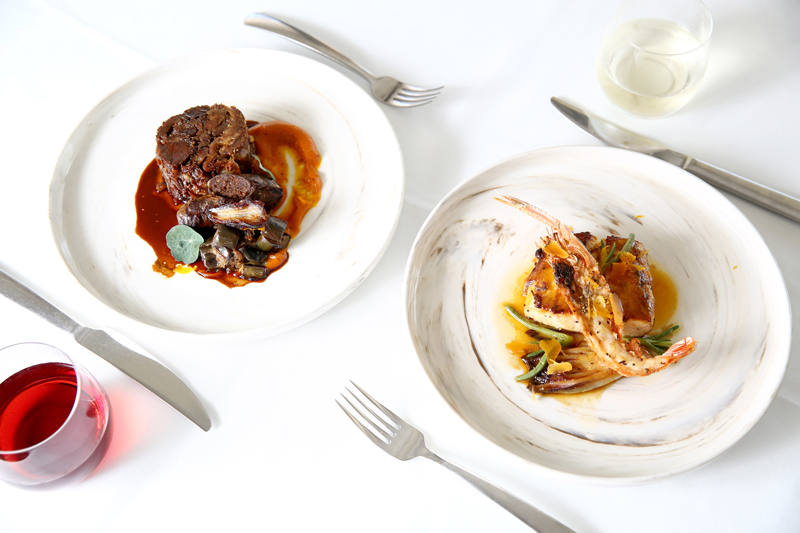 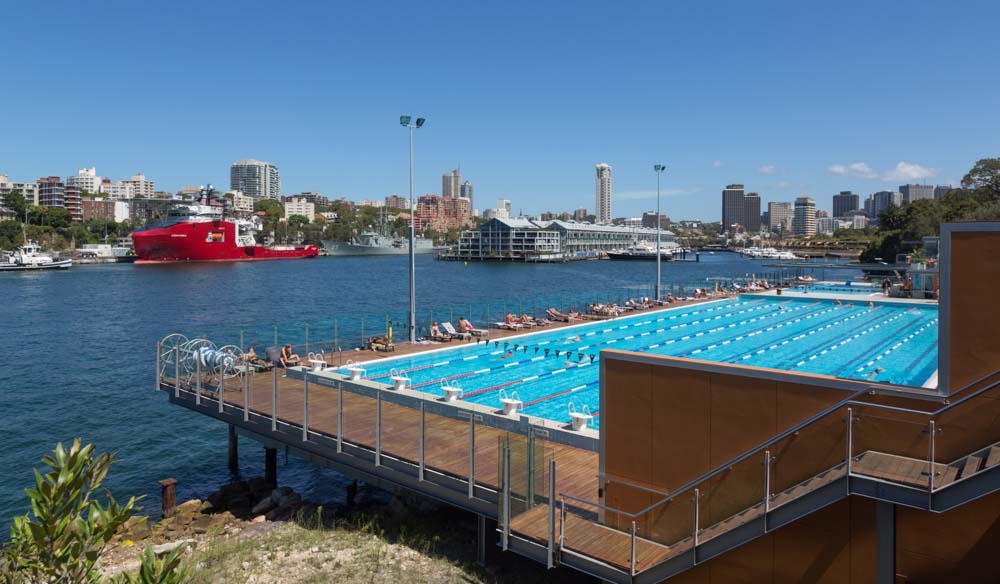 Take a scenic dip at Sydney’s Andrew (Boy) Charlton Pool, it’s a swim with a view.

Strolling among the strutting cockatoos and sinister ibises in The Royal Botanic Gardens Sydney is hardly a big secret. But taking one of the free guided tours makes you take a proper look at what you’d ordinarily amble past in a shamefully blasé manner.

This includes the site of New South Wales’ first farm and a Wollemi Pine – a tree so rare it was only discovered in 1994 and the exact location where it lives in the wild is kept top secret.

And after the enviro-education, have a swim – the harbourside Andrew (Boy) Charlton Pool on the eastern side of the gardens may be budgie-smuggling central, but it’s one of Sydney’s most spectacular spots for a splash. 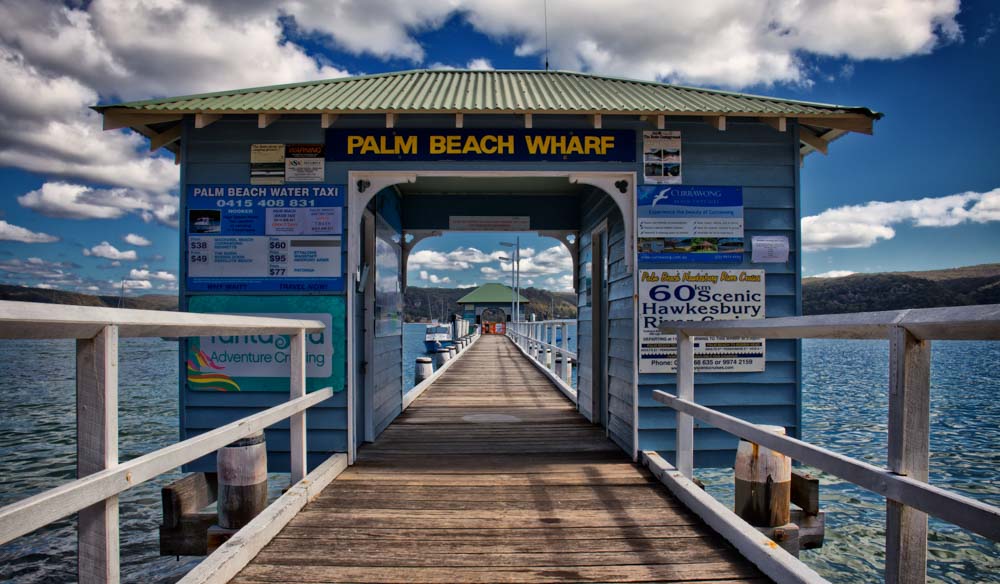 Wharf at Palm Beach in Sydney, it’s a quieter alternative to the bustling and better-known Bondi Beach.

Stop your visiting Pom insisting on Bondi by promising them The One Off The Telly. Palm Beach is the last stop on the Northern Beach run that heads past quieter, cuter alternatives such as Whale Beach and Bilgola.

But there’s a fair chance of seeing Home and Away filming at Palmy, and it’s a long old walk to the Barrenjoey lighthouse at the far end, pretty much guaranteeing a large stretch of sand to yourself on the way. 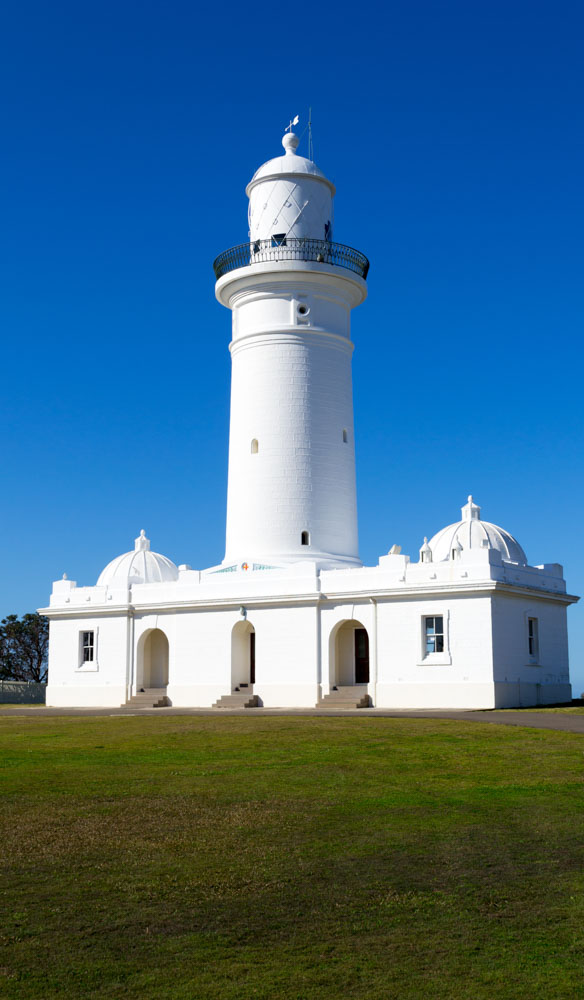 If you do lose the Bondi battle, then you can at least put a novel spin on the Bondi to Coogee clifftop walk by heading in entirely the opposite direction. The North Bondi to Watson’s Bay Walk will take about two hours at marching pace, and isn’t quite as well laid out as its more famous sister.

But the highlights come thick and fast in the last 5 kilometres from Dover Heights. The old fort at Signal Hill, the somewhat phallic Macquarie Lighthouse and the memorial to the Dunbar shipwreck all tell tales of Sydney’s past, while the Tasman Sea engages in some furious, nuclear grade cliff-smashing. 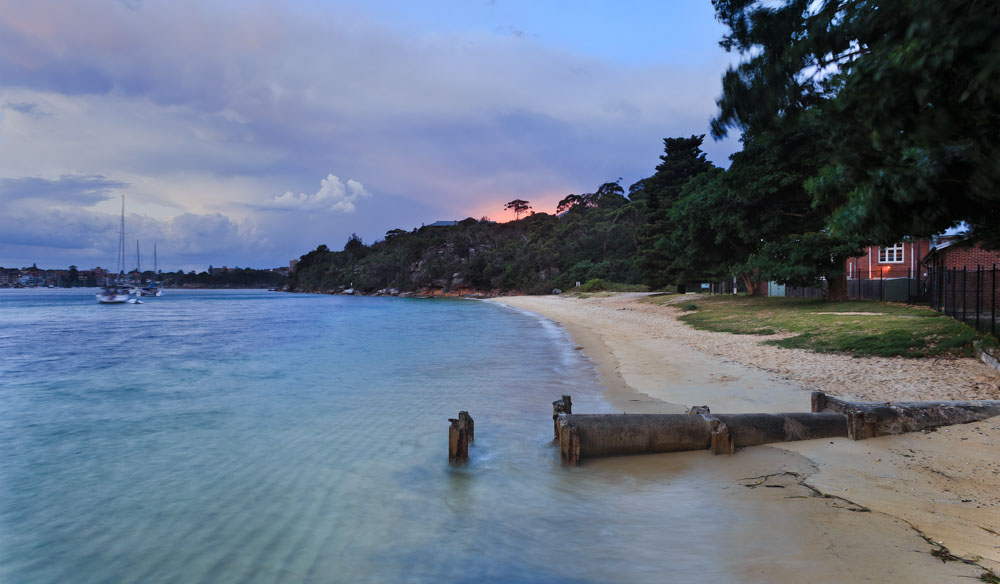 Fend off those jokes about Australia having less culture than a yoghurt with more history on the other side of the harbour. The Quarantine Station (from $18) offers often disturbing, regularly fascinating tours around the somewhat grim facilities that once greeted many new arrivals.

But the national parkland around it on the North Head is hugely memorable too – partly for the harbour views, partly for the bandicoots and kookaburras scurrying around. 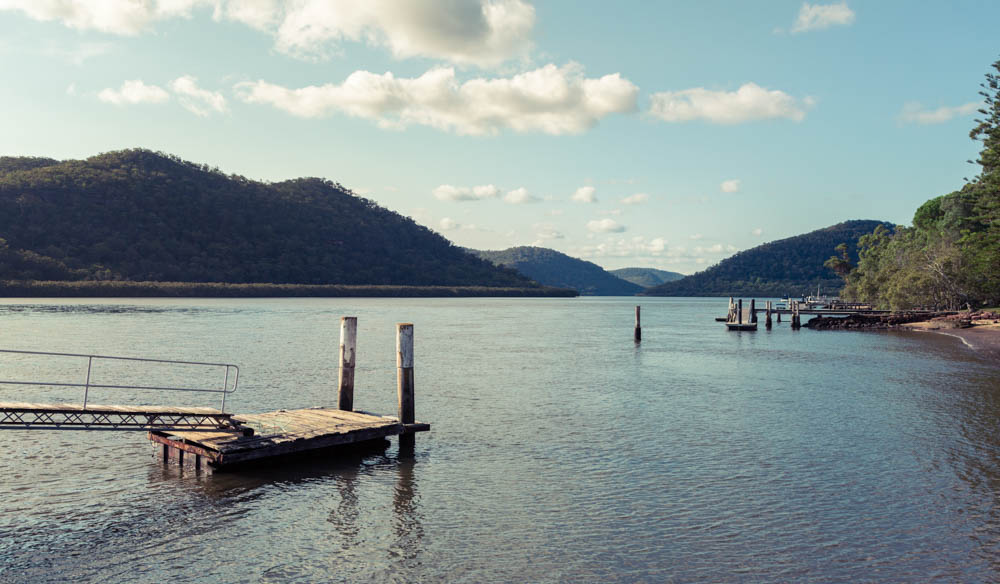 Hitch a ride with the Hawkesbury Mail Boat, this postman delivers his post by boat and it’s a lovely way to see parts of Sydney you wouldn’t otherwise see.

It’s fair to say that the posties on the run from Brooklyn got the plum route. They deliver to a series of small communities – some arty, some stubbornly refusing to join the real world – that can’t be reached by land.

That means they get to cruise around for a few hours, dropping off the odd letter, fussing a few dogs who come to meet the mailboat at the wharf and being greeted by the president of the self-declared independent republic of Milson’s Passage.

Members of the public are allowed to come along for the ride (riverboatpostman.vpweb.com.au), in return for $55.

Also cut off from the rest of the city by craggy waterways, the Berowra Waters Inn makes no apologies for its inconvenience. It’s an unashamed extravagance, with even the restaurant’s gas supply shipped in daily.

Access is via private ferry (or seaplane from Rose Bay if you really fancy making a special occasion of it), meals are strictly degustation only, and they’re designed to take a looooong old time – which you’d probably expect for $165 a head.

Not quite as isolated, but still a pretty darned cocky waterside dining option, Fort Denison sits in the middle of a harbour like a toy castle that someone forgot to pack away. And it has been turned into a restaurant with disgracefully greedy 360 degree harbour views.

Hop on a ferry or river taxi from Circular Quay, then feast on kangaroo loin or barramundi for around $35 a main.

Once expectations of finding kangaroos bounding down the Pitt Street Mall have been rudely crushed, the standard options tend to be Featherdale Wildlife Park or Taronga Zoo.

But that’s cheating – and a pretty much guaranteed spot for seeing wild ones is the sprawling Euroka campground inside the Glenbrook section of the Blue Mountains National Park. And, what’s more, the turbo-photogenic Jellybean Pool swimming hole and Mount Portal lookout over the Nepean River gorge are nearby.

11. Dinner overlooking the Opera House at the Park Hyatt 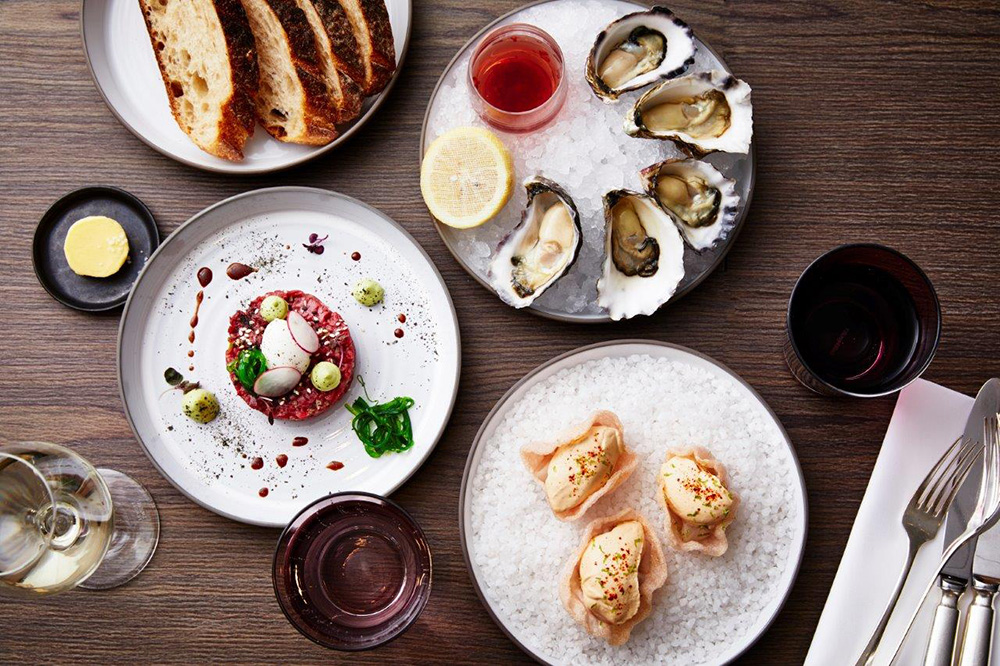 A selection of dishes on offer in the six-course chef’s shared menu at The Dining Room, Park Hyatt.

If you’re after an incredibly picturesque spot for an elegant dining experience, you’d be hard pressed to find somewhere better to take out-of-towners than The Dining Room at The Park Hyatt. This hotel is the preferred choice for guests like Elton John, Prince Harry and Meghan Markle – as well as the Chelsea Football Team – and no doubt the wonderful food in the hotel’s signature restaurant played some small role in that. 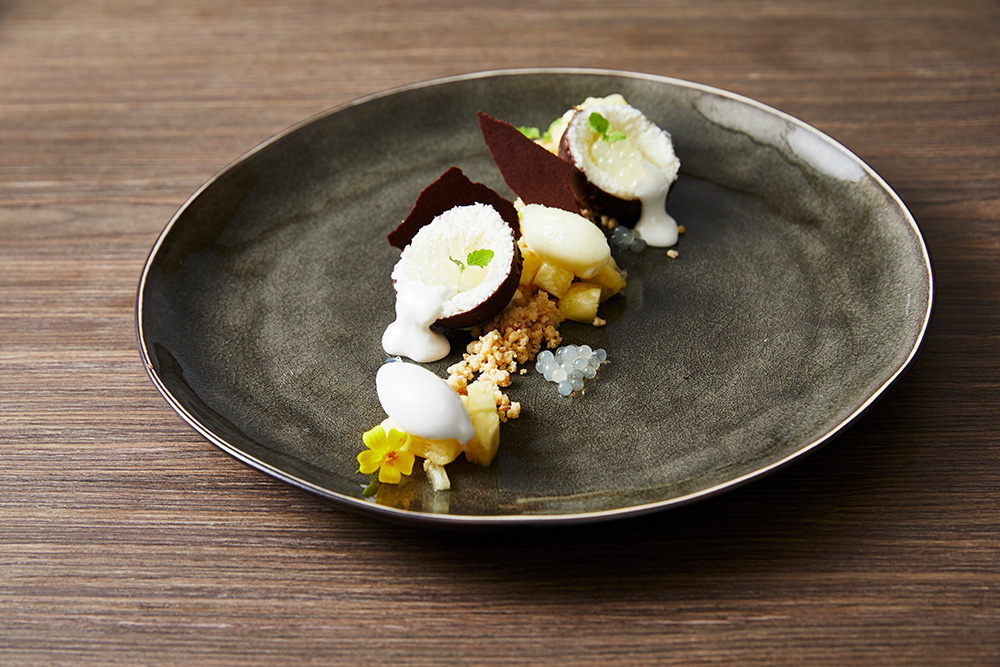 The fabulous Pina Colada dessert, made with coconut shell, pineapple and coconut gelato and line.

We sampled the new six-course chef’s shared menu, where as the Executive Chef, Etienne Karner serves you out a fabulous mix of the dishes he believes you’ll love – which means you’re left in his very capable hands! Of course if there are any dietary requirements he’ll work around them, providing you with a feast utterly fit for a King. For us, the highlights were the Sydney Rock oysters served with a shallot and red wine mignonette and the Pumpkin Gnocchi – oh my! For dessert, there was no getting past the Pina Colada served with coconut shell, pineapple and coconut sorbet and lime. Utterly refreshing. The wine and cocktails were also superb – so if you’re celebrating something, this is the ultimate dining option – especially with the sails of the Sydney Opera House just outside your window.

Price: $120pp for the six-course chef shared menu including drinks.