Savour the stars at the Sounds of Silence 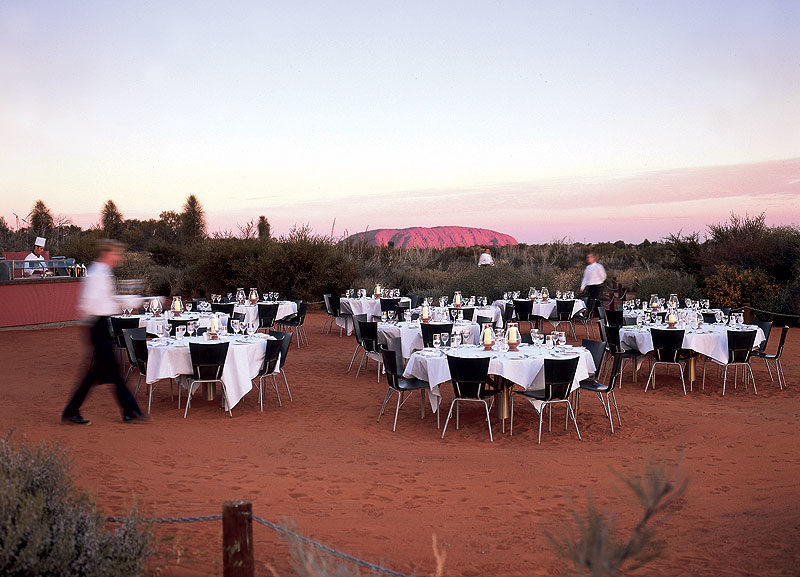 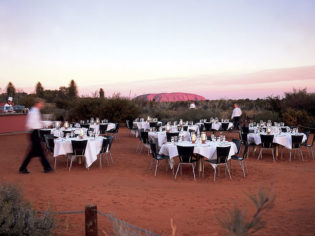 It's the perfect front-row seat for a sunset show starring The Rock.

It's the perfect front-row seat for a sunset show starring The Rock.

Kicking the red dust of Australia around your feet under a sky with more glitter and sparkle than a busload of Liberaces is a fulfilling experience that rewards forever.

This is a gourmet experience made not by the food, which is reasonable but not outstanding, but by the transformational effect of the unforgettable location.

Guests at the Sounds of Silence dinner start this experience with a canapé and drink on a private dune. It’s the perfect front-row seat for a sunset show starring The Rock.

Guests at the Sounds of Silence dinner start this experience with a canapÃ© and drink on a private dune.

The atmosphere cools and Uluru goes from muted brown to brilliant red, epitomising the beauty of the ever-changing heart of Australia.

Transported to a private dinner setting, guests are seated with fellow travellers at round tables, still outdoors. Travel stories are swapped and friendships formed as the darkness rises. Suddenly the stars are all around you and there’s more shimmer than inside a diamond store.

A buffet is served and the camaraderie of people who have journeyed thousands of kilometres from all over the world connects the diners.

An astronomer appears from the gloom and reveals the amazing stories from all the lands about the stars, using a laser pen to pin each constellation in place against its velvet backdrop. The remarkable similarity of stories attributed to the same constellations across thousands of years and different cultures strengthens the connection between diners of different countries and continents.

This is a gourmet experience made not by the food, which is reasonable but not outstanding, but by the transformational effect of the unforgettable location.

For more information on the Sounds of Silence & things to do in the NT, visit the official Northern Territory website at northernterritory.com