7 of the best things to do in Maryborough, Queensland 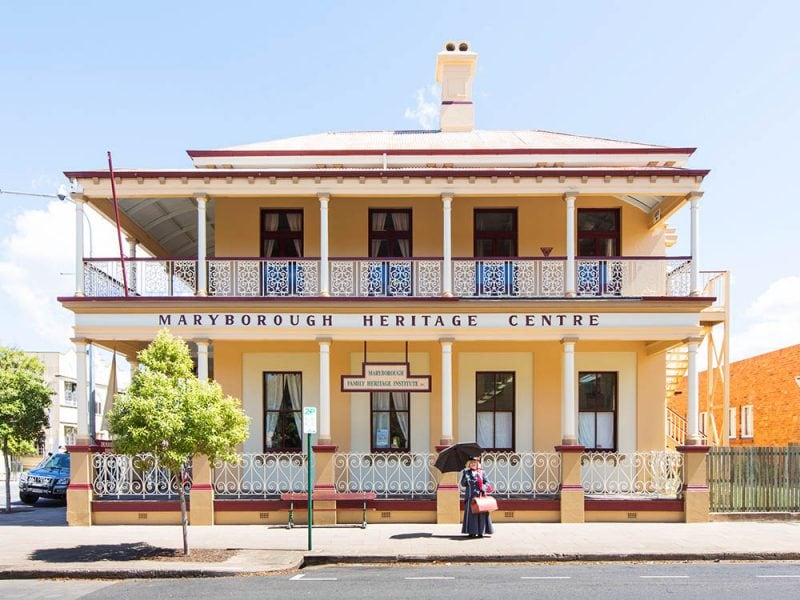 It’s time you heard about Maryborough. Not only does it ooze colonial-era charm but it is also the birthplace of one of the world’s most beloved childhood novels. We visit the Fraser Coast town to uncover her many attractions firsthand.

The historic Queensland town of Maryborough is located four hours north of Brisbane and half an hour from the Fraser Coast’s other underrated gem, Hervey Bay. And while it’s small in scale it is big on attractions.

You don’t have to be in Maryborough long before you realise that every building, statue and artwork has a story to tell. Even the traffic lights here are a nod to one of Maryborough’s brilliant former residents (but more on that later).

History aside, there are plenty of other reasons to visit, and we’ve got seven of the best things to do in Maryborough right here to get you started.

1. Learn about Maryborough’s military past

A short stroll through the heritage-listed Queens Park reveals an oasis of waterfalls, flowers and towering trees – many of which were planted before 1900.

Given its historical significance, the park which was established in 1860 was the obvious choice when it came time to select a home for the striking Gallipoli to Armistice Memorial. In fact, the park is mere moments from the former home of Lieutenant Duncan Chapman who was the first Anzac to make it ashore at Gallipoli in WWI – you can find his commemorative statue at the beginning of the memorial.

The Gallipoli to Armistice Memorial traces the birth of the Anzac legend, drawn from the personal perspectives of those who fought on the front line. Letters written home to loved ones are proudly displayed, inviting audiences to learn more about the courage and bravery of the Anzacs. The structure itself soars eight metres into the sky.

A line of steel planks that are arranged to represent the cliffs of Gallipoli are mounted with panels that tell stories from the battles. Inscribed pavers guide visitors through sculptures that lead an arbour dedicated to the pitiless Battle of Pozieres. The exhibition is free to visit and is a truly poignant reminder of the depth of the Anzac sacrifice. 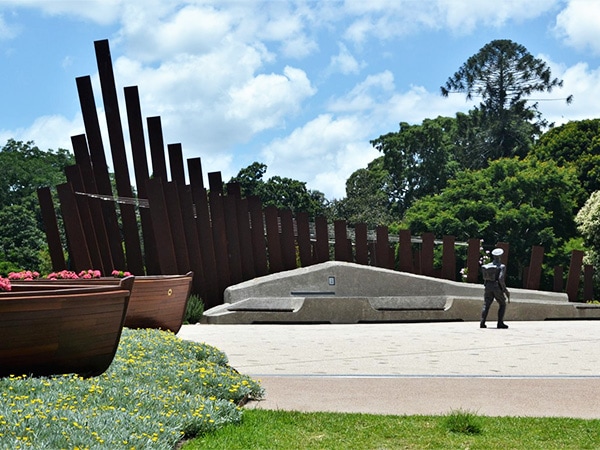 Once you’ve learned all you can outside, venture to the nearby Military & Colonial Museum for an eclectic selection of some 10,000 pieces of military and colonial memorabilia. The museum has two of the most historically significant medal groups to Australian soldiers for the Vietnam War – 1964 to 1973 kept in a drawer under lock and key. They also have the largest collection of Boer War medals on display in Australia. Ask the friendly staff and they might put on some gloves to give you a closer look.

Upstairs, the extensive library houses over 2,000 written forms of historical data. Most of the subject matter transcends Australian and New Zealand military history, dating from pre-Boer War and pre-Federation to the present. Hundreds of files are made up of original military documents, photographs, servicemen’s diaries, newspapers, periodicals, maps and correspondence. Plus, a few period costumes for those more interested in the fashion of the day. 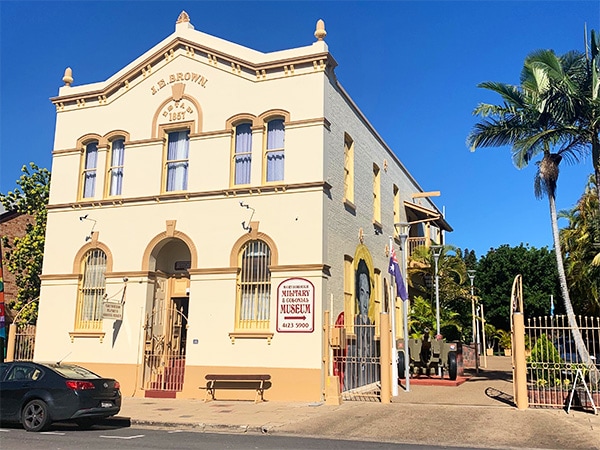 It’s hard to believe a town as tiny as Maryborough has so much burgeoning street art to explore – but that’s the beauty of this place, there is something to discover around every corner.

Launched in 2015, the self-guided trail now has 27 large scale murals and installations adorning buildings and industrial faces in the city’s CBD. Each artwork tells quirky and poignant stories of Maryborough’s colourful past. Begin your sojourn in Kent Street at the Visitor’s Information Centre, collecting a trail map while you’re there.

Inside you can learn about the baking of the historic Peace Cake and how the trail came to be. The trail traverses two kilometres spread over 10 city blocks. Take the time to stop and relax at the specialty cafes, shops and parks that line the route.

4. Run wild at the birthplace of Mary Poppins

Believe it or not Mary Poppins was created in the backstreets of Maryborough via the creative genius of Pamela Lyndon Travers who was born here in 1899. You’ll find a bronze sculpture of the famous English nanny that commemorates the town’s tie to the author of the novels on the corner of Kent and Richmond streets in front of the former home and birthplace of P.L Travers. The heritage house now serves as the site of Story Bank Museum – a place where fantasy and fact intertwine. 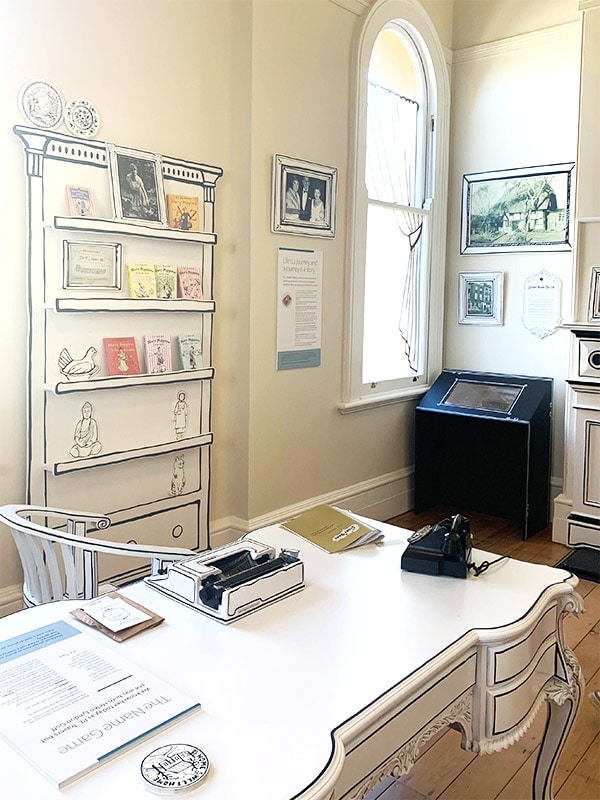 “If you are looking for autobiographic facts,” P.L Travers once wrote, “Mary Poppins is the story of my life.” The museum serves as an education on the magical character, in an impossibly kitsch, illustrated backdrop. White walls are donned with drawn accents, images and documents from the estate are displayed, and there’s even a ringing phone where you can talk to Mary Poppins herself.

Visit in September to arrive in time to experience the annual Mary Poppins Festival in Queens Park. In 2017 the town implemented themed street crossing traffic lights in the shape of the famous umbrella-carrying nanny for the festivities. The playful installation was so popular that it became permanent and can be viewed at all major intersections around town. 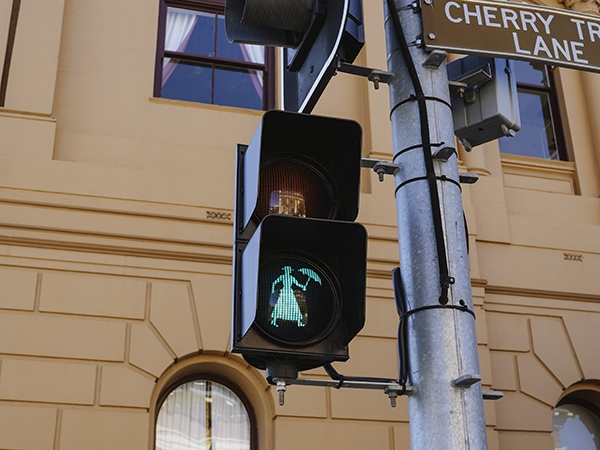 5. Shop Local at the Maryborough Markets

Like all good regional towns, Maryborough has a flourishing community market that provides an overindulgence of smells, tastes and colours once a week. Every Thursday from 7am to 12pm traffic is brought to a halt in the town centre as Adelaide Street is transformed into a bustling outdoor market and cars are replaced with stalls and live music. It’s been a weekly celebration since it began in 1987 and continues to provide Maryborough’s residents with fresh produce from the Fraser Coast and surrounds.

Visitors can make a day of it and join a guided Heritage Walk Tour outside City Hall at 9am, or opt for a ride through Queens Park on the ‘Mary Ann’, a replica steam engine that traverses riverside through the neighbourhood. 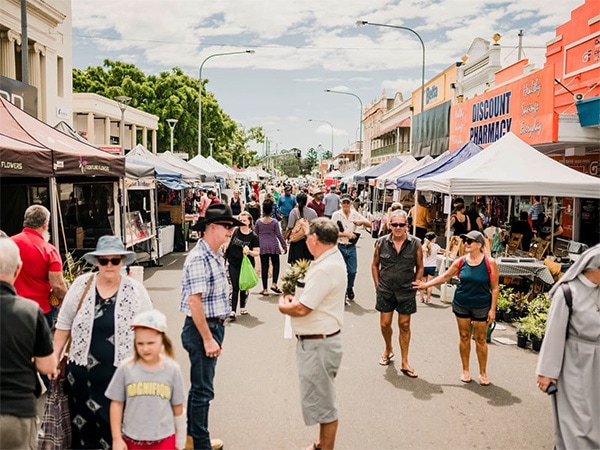 The Bond Store – hidden inside a heritage building in the wharf precinct – tells the stories of Maryborough’s portside history. Having stood since 1864, the place still retains its original earthen floors, as well as the barrel rails which once transported rum. It also served as a secure storage facility for goods that attracted a tax, including cigars, tobacco, rum, wine, spirits and opium – back when it was legal.

Today, the Bond Store has been reinvented as a showcase for regional produce. Tour the building and enjoy a tipple. You can sample a range of delicious regional ports and liqueurs, while making your way through its displays and artefacts.

For a unique, immersive experience, book a Tipples and Tales Tour through the Fraser Coast website. You’ll meet the friendly Gauger and hear his stories of the Bond Store’s past as you sample regional ports, liqueurs and tasting platters. 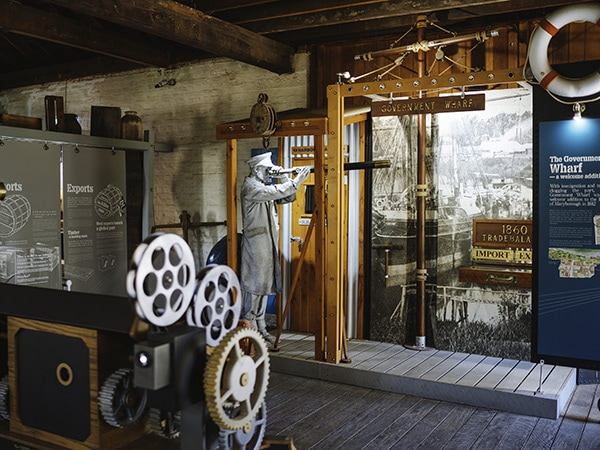 7. Howl with dingoes at the Fraser Coast Wildlife Sanctuary

Interact with an array native animals at the Fraser Coast Wildlife Sanctuary as well as K’gari/Fraser Island’s most famous inhabitants – the dingoes. The dingoes, which are now protected by law, were first introduced to the Australia by South East Asian seafarers roughly 5,000 years before Captain Cook claimed the country. At the time, the island was only a couple of kilometres from the mainland and dingoes were able to swim to the island and live peacefully among the Indigenous people.

The Fraser Coast Wildlife Sanctuary allows visitors to interact with, and learn about Australia’s largest sand predator. Dingo experiences are available, as well as opportunities to feed and pat kangaroos. You can also learn about snakes, stroke a blue tongue lizard, be entertained by cockatoo antics and wrap a black-headed python around your neck… if you’re brave enough. 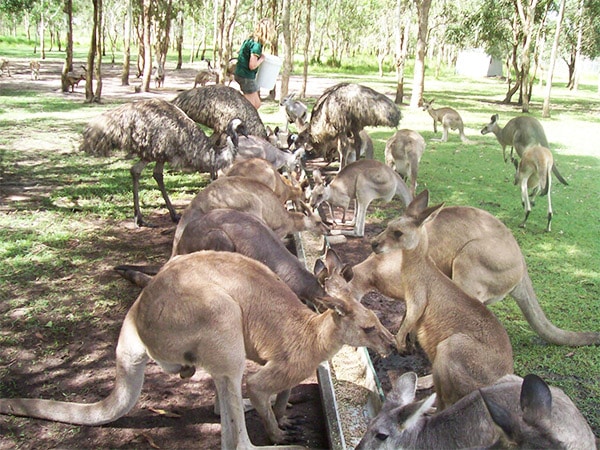 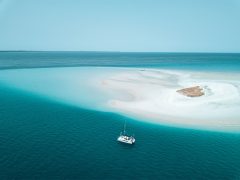 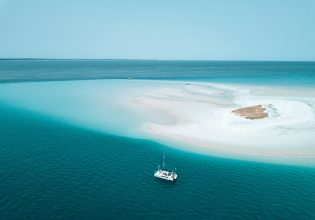 Hervey Bay is so much more than a simple stopover en route to Fraser Island, as we discover on a bliss-filled few days on the Fraser Coast. A new Jet... 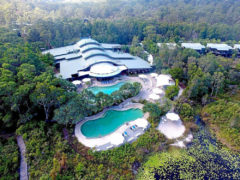 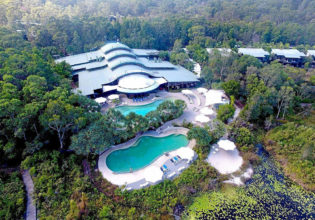 Where to stay on K’Gari/Fraser Island 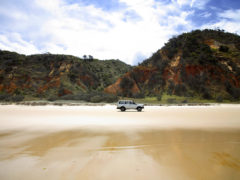 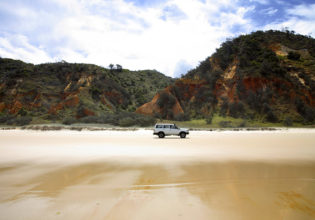 A guide to camping on K’gari/Fraser Island 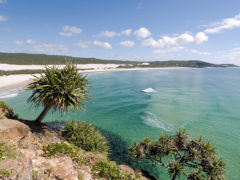 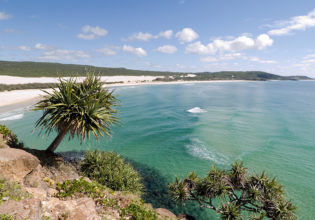