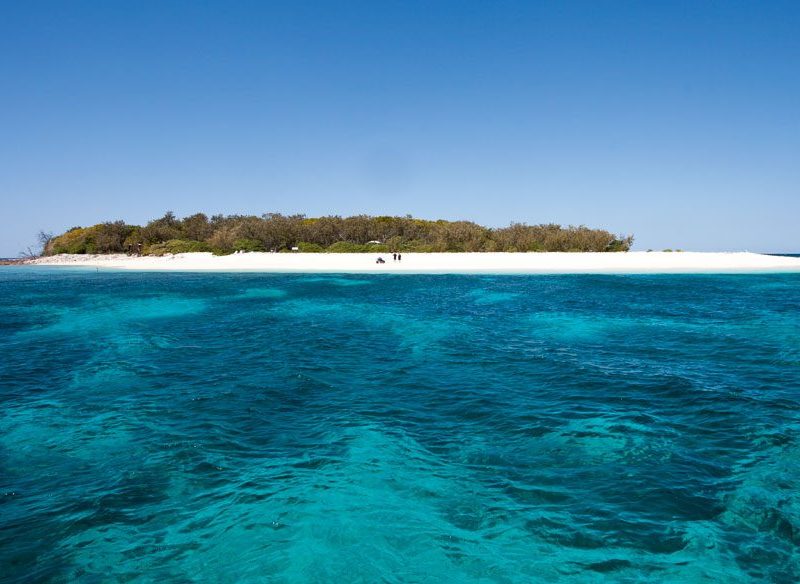 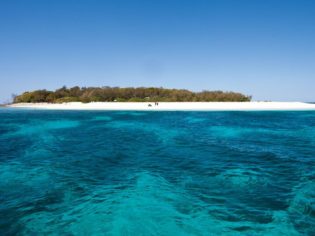 What being stranded on a tropical island is meant to feel like. Words and photography by Nigel Herbert.

“Hell,” someone wise once remarked, “is waiting in a queue for the buffet.” Or perhaps they didn’t; it may have been me.
OK, it was me.

In any case, such a statement has a ring of truth to it, doesn’t it? Having to rise early if you’re after a decent poolside deck chair, scrambling onto the tour bus to nab a spot under the air-conditioning, conversing with the impossibly, gratingly cheerful ‘activities manager’ because she wants you to go and do something with a dozen other vaguely interested resort guests… Honestly.

If I want an impossibly cheerful person making my life a misery, I can find one at home. She’s called a personal trainer.

There is a time and a place for every type of holiday, of course, but a busy resort-style break or explosive adventure getaway is not what I long for. After an incredibly busy year, along with a little something called the GFC, it’s quite the opposite I long for; Wilson Island, I’ve been told, is just that.

To extrapolate, Wilson Island is a small cay on the Great Barrier Reef, about 75 kilometres north east of Gladstone, Queensland. No, scrap that – Wilson is beyond small.

With a land mass measuring just five acres in size, it’s tiny enough here to take a stroll around the island’s entire circumference in under 15 minutes. What the island offers can be summarised in a few words: an escape from everyone, and everything.

Here, I’m told, is a collage of sunsets and candlelight and deep, deep sleeps; of hammocks, and white sand, and sparkling ocean views. It is, as one reviewer ardently described it, “soul-centering”.

Whatever the case, it’s also rather hard to get to. This is partly because it’s a popular place – there are only six safari-style luxury tents on the island, and guests have a high return rate – and partly because the island shuts down for the full month of February, to allow turtle-nesting season to take place without interruption.

It’s also partly because, at $1100 per couple, the cost of a night here is, shall we say, not the lowest you’ll find.

But mostly, Wilson Island is hard to get to because quite literally, it’s hard to get to. If you want to stay here, you’ll need to find your way to Gladstone before taking a boat (or helicopter) to Herron Island, then transferring to another boat for the final 10 kilometres.

And it’s in that little boat, as you head away from Herron Island to this impossibly small speck on the horizon, that you realise how wonderfully, crazily, romantically remote you’re going to be.

Approaching the beach only underscores this remoteness. Eventually, the rapidly diminishing distance between us and the shore makes it possible to see the two figures waving at us, which at first I interpret as a ‘Help! Over here, save us’ kind of wave, but actually transpires to be an energetic greeting.

The wavers are the island’s two permanent staff members, guest manager Gerri Prosser and island chef Lindsay Perry. It is impossible not to feel more than a twinge of guilt as you watch them work.

As we disembark, Lindsay loads hundreds of kilos of bags and supplies from the boat onto a hand cart, which he proceeds to manhandle up the beach with an easy smile. While he quietly wheels the cart away to deposit bags in our rooms, Gerri gives us an introduction to the island.

Wilson markets itself as ‘shipwrecked in style’, and it’s an apt slogan. The rooms here – actually not rooms at all, but oversized safari-style luxury tents, complete with solid timber floors – are generously spaced.

They’re also generously spaced apart; providing that elusive sense of privacy – yes! – in and around each lodging. With a double hammock, gentle breeze and private section of beach out the front, it really does feel quite Robinson Crusoe – just with Mrs Crusoe along for the ride.

You aren’t entirely alone here, however.

All meals are served in the communal kitchen and dining area, a large space called the ‘Longhouse’, and this is a surprisingly social experience. Indeed the Longhouse is the centre of all activity on the island; a place stocked with books, board games and anything you would like to eat or drink. (Well, almost anything – an after-dinner nip of Baileys will need to be requested that morning, so it can be skippered out; ditto the single malt.)

Want to go snorkelling? Just head up to the Longhouse and get some flippers. If you need to charge your iPad, or Kindle, or camera, there are 240 volts of power here.

Due to the nature of the accommodation, holiday-makers are almost exclusively couples; I share my time here with a charismatic CEO and his charming wife, and two well-dressed older ladies, one of whom has recently overcome cancer. They are all delightfully warm and personable – although it’d be hard not to be. We are, after all, on a tropical island.

It would be fair to say that the food plays a part in our effusiveness, too. If the measure of a chef is not what they can create from a recipe, but what they can create using what’s available, then Lindsay is part human, part wizard. Most chefs can call ahead and request ingredients for their menu; or head to the markets and be inspired by whatever produce they encounter.

But there’s none of that at Wilson Island – supplies arrive with the guests, in large blue eskies of ‘whatever’s fresh and good’.

Opening those lids is as much a surprise for the chef as it for the guests. Adding to the challenge is the lack of major electrical cooking facilities. Every meal is cooked on a humble barbecue – even the beautifully light soufflé we were served one night – but you’d never guess. It’s as good as anything you’d find at a gourmet island restaurant.

Indeed, food is what drives the rhythm of the island. The day starts with a cooked-to-order breakfast, before you saunter to the beach for a hard morning of relaxation; lunchtime calls for a rinse and repeat.

As the island is home to some of the world’s best snorkelling, it’s fairly easy to settle into gentle oscillation between swimming, snorkelling and your book until the sun begins to disappear into the horizon, at which point you gather at the front of the island for Champagne, crudités and fine cheese before wandering back to the Longhouse for dinner.

There’s no parasailing, no water-skiing, no resort fireworks here; still the days disappear with surprising speed.

Indeed, time drifts by on an altogether different – though intensely pleasurable – wavelength here; it is dangerously easy to find that the hours have somehow disappeared. Like, for example, when you simply rest your eyes for a moment when lying in that hypnotic hammock. (I’d strongly warn against this; else you may find yourself awakening with some interesting tan lines.)

The nights, if possible, are even more spectacular. There are few places in the world where you can recline on a soft beach under a million stars, bottle of fine champagne in hand, and watch the sand host a party for turtles, but Wilson is a key nesting ground for these gently majestic creatures and offers front row seats as they carefully lay eggs in the milky white sand.

Return to your tent – thoughtfully illuminated by tea lights, which appear in your room at dusk (there is no in-room electricity) – and sleeping is as easy; possibly because the sounds of the surf come from just metres away.

Admittedly, this isn’t a holiday for everyone. No television, no mobile phones, no electricity; those who measure the value of a holiday in terms of the size of their pool or suite are not going to see value in this. But that’s ok. There are plenty of other holidays around – an entire buffet’s worth, you might say

Cost: The quoted rack rate is $1,100 per couple per night. Expensive, but you only need a few days. Be sure to check out Heron Island/Wilson Island packages. They offer much better value.

Tip: If you want to make this a once in a lifetime event, consider chartering a helicopter from Gladstone to Heron Island. The cost is about $370 per adult. Which sounds expensive, but it’s about the same as you would pay for a ‘scenic’ tour of the Great Barrier Reef. And you will be following a similar flightpath anyway.

Need to know: Pack lots of sunscreen, you’ll be spending a lot of time in the sun. Also, bring ear plugs. The birds can be noisy, and they’re early risers. A complete guide to the Great Barrier Reef’s Orpheus Island

While Orpheus Island offers an unparalleled sense of understated luxury, diving from this national park affords you another kind of privilege: having ...