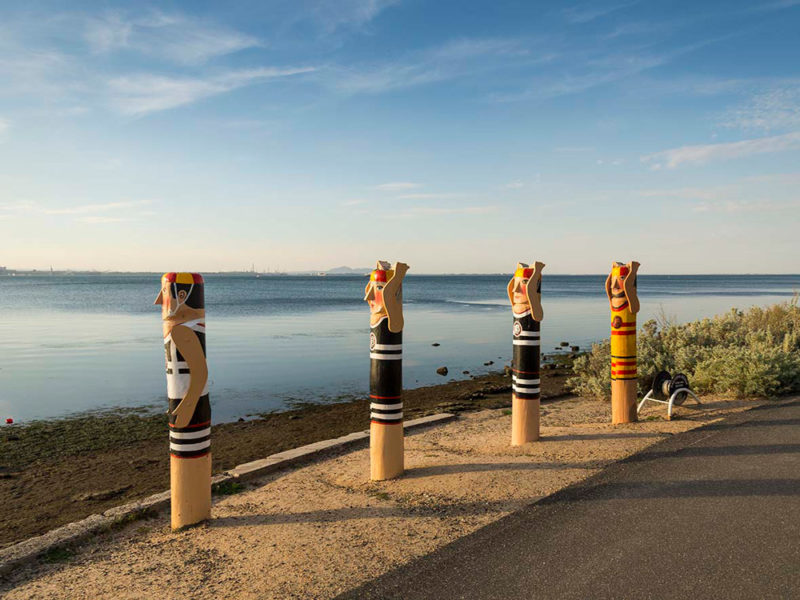 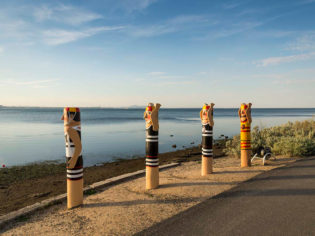 From gallery hopping to eating your way down Little Malop Street and from beachside art strolls to scenic cycle rides, here’s what to do when you visit this thriving Victorian port city.

Lying just south-west of Melbourne, Victoria’s second largest city acts as the gateway to the Great Ocean Road as well as the rolling vineyards and seaside pursuits of the Bellarine Peninsula.

But it’s also a thriving destination in its own right, with public art that celebrates its rich history, great coffee to be enjoyed beachside and cultural hubs in reinvented industrial spaces. Here’s what to add to your agenda.

Geelong is only a one-hour drive from Melbourne, but why not make the journey part of the experience and catch the ferry instead? Port Phillip Ferries connects Melbourne’s Docklands to Geelong via a 90-minute scenic trip.

Hop onboard a vessel serving barista-made coffee to glide across Port Phillip Bay, skirting the Bellarine Peninsula, and arrive smack-bang on the city’s waterfront next to the historic carousel to begin your exploration with a flourish. 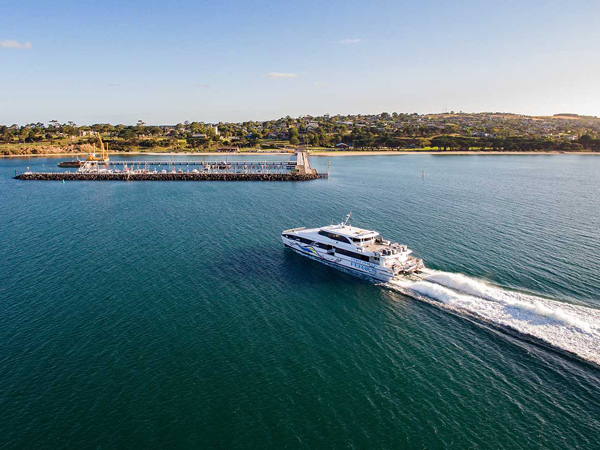 Geelong is a treasure trove of creativity and you can begin your city-wide art adventure right here on the waterfront by following its famous Bollard Trail. In the 1990s, artist Jan Mitchell was commissioned to transform reclaimed timber pier pylons into works of art that represent the rich history of Geelong.

Find over 100 of these colourful characters – each one depicting a different person integral to the story of Geelong – dotted bayside between the suburb of Rippleside and Limeburners Point. 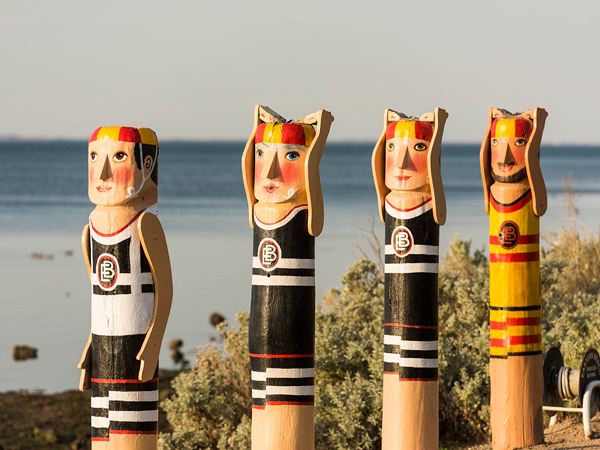 Find over 100 of these colourful characters on the Bollard Trail along the Geelong waterfront.

3. Look out for waterfront sculptures

As well as bollards, look out for the quirky sculptures that make up the Waterfront Art Trail: from the Barcode Fountain, found near the waterside bar Edge, which depicts the barcode of one of Geelong’s iconic exports, Noddy’s soft drinks, to the nearby Cargo Boxes by Maggie Fookes and Bill Perrin that are packed with curiosities symbolising the various goods that arrived in Geelong by water during the days of early settlement.

And from funky paving splats to giant sculptures – resembling sails or fins depending on who you ask – that rise up to three metres high. 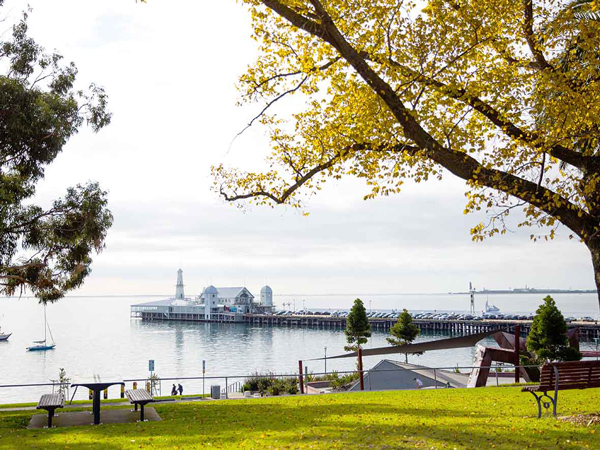 Little Malop Street, just a few blocks back from the waterfront, is where you’ll discover some of the city’s coolest spots to eat, drink, shop and explore – including Geelong Gallery. Next door to the city’s vibrant regional art gallery is its most architecturally striking building: the futuristic dome-shaped Geelong Library and Heritage Centre.

And across the road is the Geelong Performing Arts Centre is a hub of theatre, music and drama for the region. On the culinary front, don’t miss The Arborist, Geelong Cellar Door or The Continental, to name just a few. 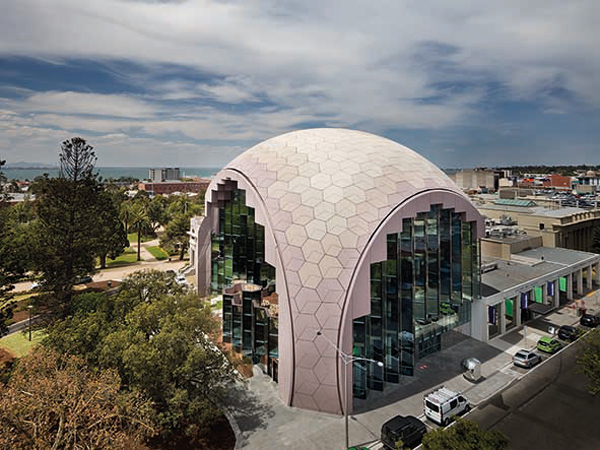 Other key works in town include a Moi-Yo Miller mural by Michael Cassar a couple of minutes away on the junction of James Street and Minns Lane (Geelong-born Miller travelled the world as Dante the Magician’s assistant in the 1930s and was considered the most beautiful woman in the world) and, eight minutes’ walk away at 65 Brougham Street, The Unknown Mariner by Cam Scale, in tribute to Geelong’s maritime history. See here for more. 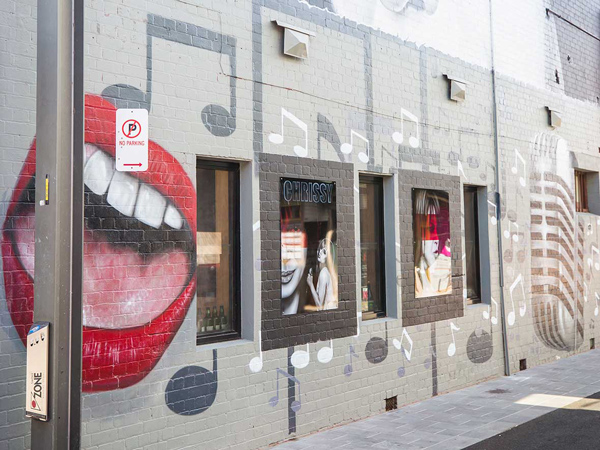 It’s time to hit up Geelong Gallery on Little Malop Street: established in 1896, this is one of Australia’s oldest regional art galleries and remains one of the best. Here you’ll discover a dazzling collection of Australian and European painting, sculpture, printmaking and decorative arts dating from the 18th century to today.

Or check out what temporary exhibition is on: from February through to May 2021 the gallery presents RONE in Geelong – the first comprehensive survey of the Geelong-born artist RONE, which will trace the development of his practice from early stencil works and street art through to the awe-inspiring transformations of abandoned spaces that have become his signature. 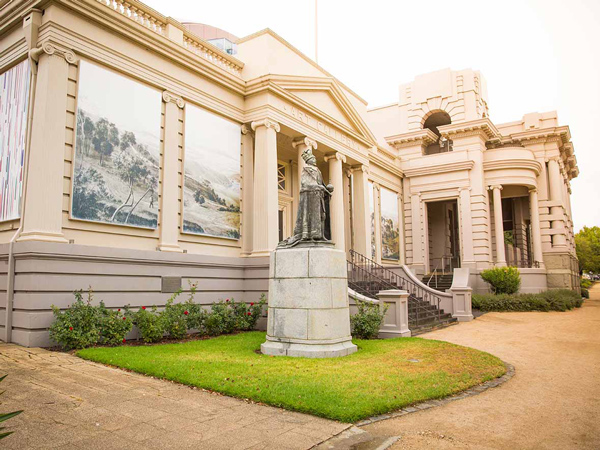 Geelong Gallery, established in 1896, is one of Australia’s oldest regional art galleries.

Don’t miss this dynamic contemporary art and design gallery based out of a historic woolen mill in the trendy suburb of Newtown. Boom Gallery showcases the work of local, interstate and international creatives and also acts as a multi-faceted cultural hub in the community.

Check out its revolving exhibitions and browse the shop for unique mementos of your time here: from original artworks to handcrafted ceramics and jewellery. Also check out Big Boom just down the road – a vast gallery space that serves as an extension of the original venue that it accommodates. 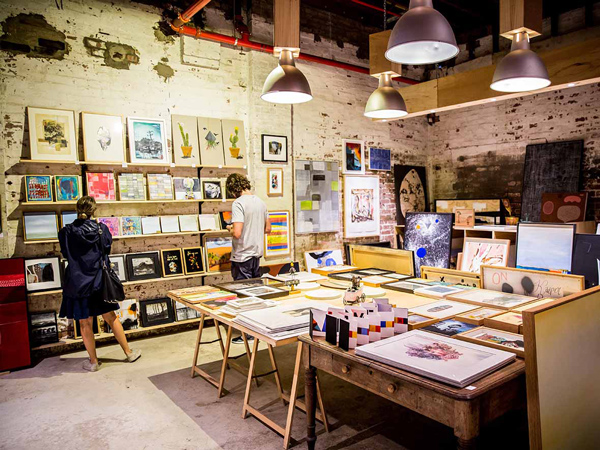 You can’t visit Geelong and not venture into the neighbouring Bellarine Peninsula, an under-the-radar gem of historic seaside villages, abundant produce, cool-climate wineries and natural beauty. And why not get to know it by bike? The Bellarine Rail Trail runs 32.5 kilometres alongside a historic train route (where vintage trains still rattle along) from the outskirts of Geelong to picturesque Queenscliff.

It takes around 2.5 hours to cycle one way and boasts wildflowers and coastal and countryside views aplenty. 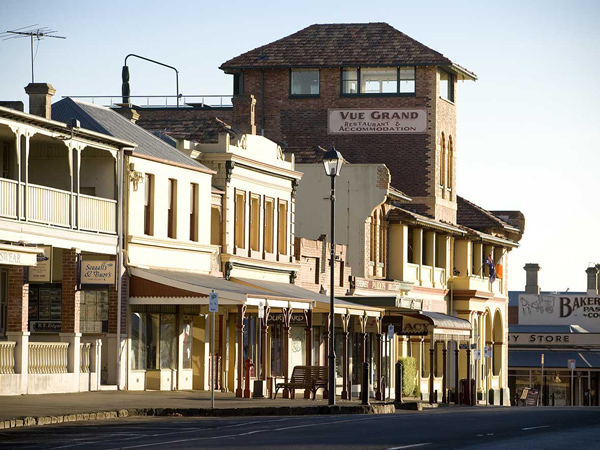 Bellarine Peninsula is an under-the-radar gem of historic seaside villages.

The National Wool Museum is housed in a beautifully restored 1872 bluestone wool store close to the Geelong waterfront. It’s Australia’s largest museum dedicated to wool and showcases the region’s wool story, tracing the birth of the industry in the 1840s through to the present day.

A highlight of the museum is its impressive Axminster Jacquard carpet loom, built in 1910; join a daily demonstration by the museum’s skilled carpet weavers to see it in action. 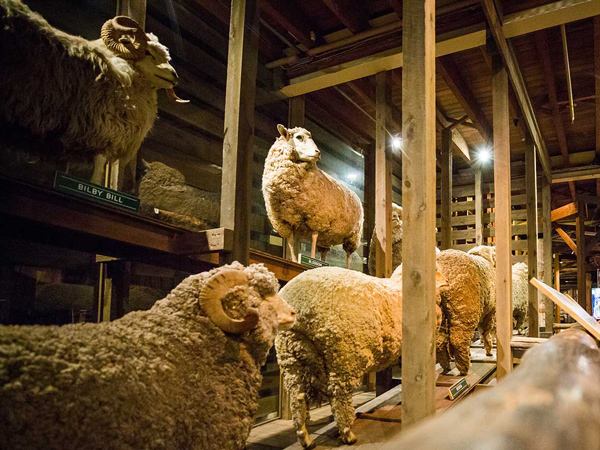 10. The Old Paper Mills at Fyansford

On the city’s fringe, the Old Paper Mills at Fyansford is a hidden gem definitely worth adding to your agenda.

This restored 1870s bluestone complex harks back to the early beginnings of Geelong’s industrial era. Today it serves as an emerging arts and cultural precinct that houses an art gallery, studios, a handcrafted homewares store and a boutique winery, Provenance Wines. The site occupies an imposing position on the Barwon River, with leafy walks and waterfalls to explore in its immediate surrounds. 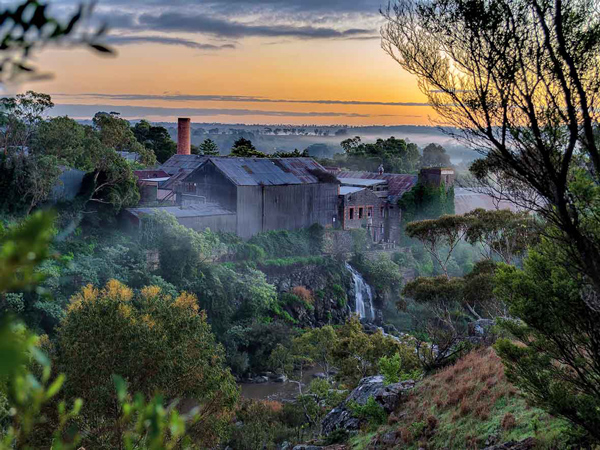 The Old Paper Mills at Fyansford is a restored 1870s bluestone complex. 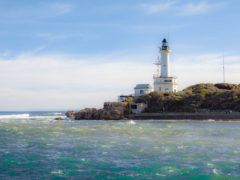 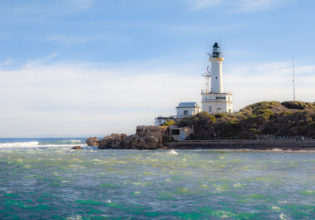 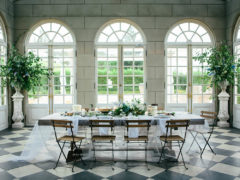 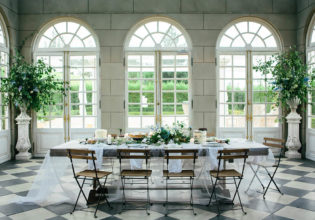 At the end of a majestic driveway, lined with some 10,000 hand planted trees, there is a gentle dip. A proud private estate stands tall in that dip, a...