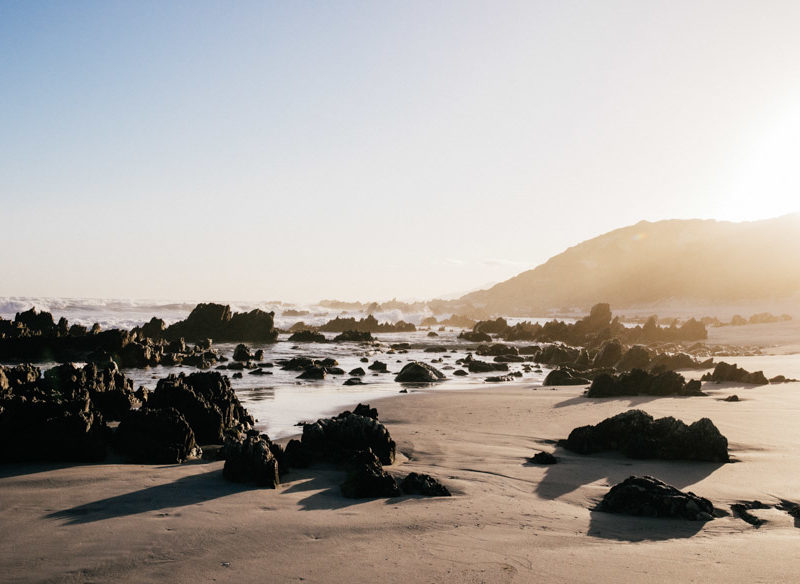 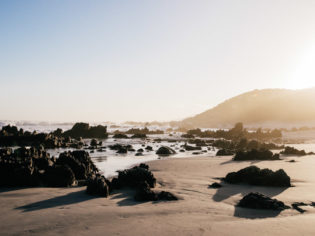 Continuing on with her Golden Outback road trip, Jenny Ringland takes the road less travelled and explores stunning Fitzgerald River National Park, one of the largest parks in WA.

It’s a 3.5-hour drive to Hopetoun via Lake King and Ravensthorpe. Passing Lake King, we’re met by the same eerie scene of dead trees and cracks of salt.

According to Sheenagh, the government matches dollar for dollar the money farmers spend on regeneration. However, few have participated in the scheme.

“Farmers don’t have that money to spare. We’ve only just come out of a 10-year drought where so many farmers were forced off the land. Spending money on regeneration isn’t a priority and you can’t blame them,’’ she says.

More stories of hardship greet us at Hopetoun – this time thanks to the sale of BHP’s nickel mine in 2010, but there’s a recurring theme emerging. Everyone seems happy.

It’s a tiny coastal village with a bakery, cafe-slash-small-goods store and a self-serve laundromat, petrol station and hot shower depot for independent campers passing through. However it’s Fitzgerald River National Park that demands our attention.

We’re surprised to learn that it’s one of the largest and most botanically significant parks in Australia, home to nearly 20 per cent of WA’s flora species.

Even more surprising is that we literally have the park to ourselves. We follow a 1.7-kilometre walking trail to Hamersley Beach and at each turn the sound of crashing waves intensifies.

We weave past Hamersley Inlet, which has a lovely protected spot for camping and arrive to find an extreme coastline, sand dotted with prehistoric-looking rocks jutting from the ground, and sea mist swirling. We feel quickly transported back millions of years.

The park has it all: desert-like sand dunes, jaw-droppingly beautiful beaches, and days’ worth of walking to do. So why is it that we have the place to ourselves?

“We have a lot of competition and to get to Hopetoun it’s a detour, but we’re hoping we can attract more of the independent travellers, the grey nomads… you know? It’s really beautiful here,” Rick says. Yep, we hear you.

The details: The Golden Outback: Wave Rock to Hopetoun, WA 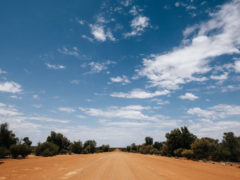 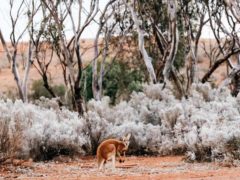 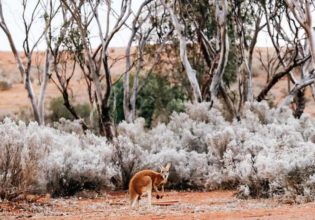 Discover Kalgoorlie, a frontier town with a colourful history, and the world’s largest outdoor art gallery at Lake Ballard, WA, on the final leg of... 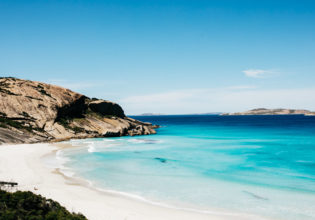 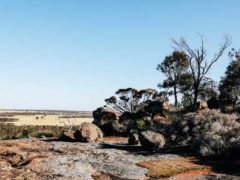 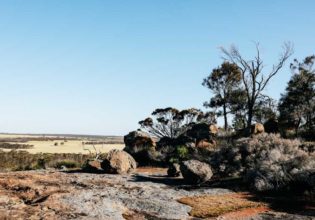 On a road trip through the Golden Outback, explore Mulka’s Cave, Wave Rock and the Humps. Uncover the history of Hyden and York; towns that have ma...