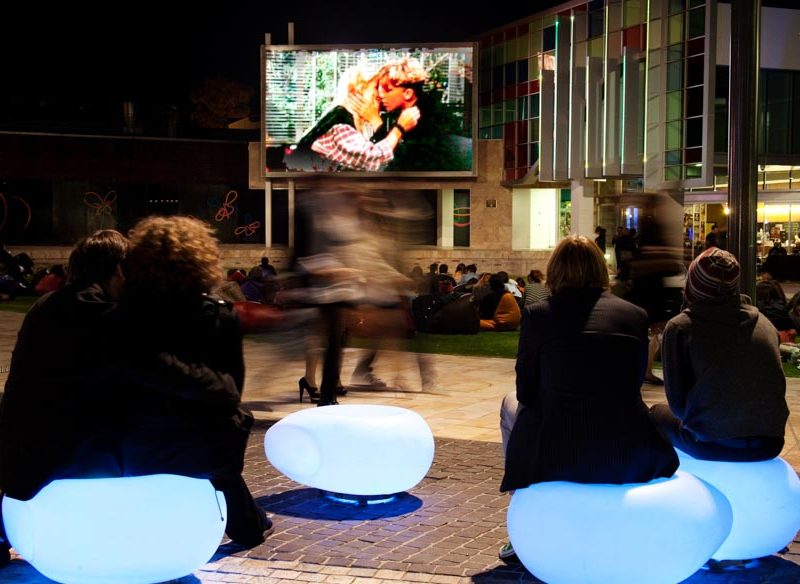 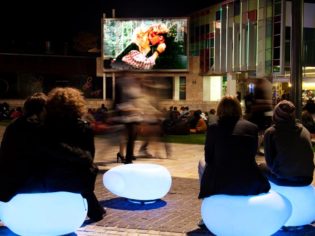 Perth’s misfit district, Northbridge, has matured into a hipster’s paradise that buzzes well into the night. Having long loved its many facets, Fleur Bainger revisits.

Perth’s Northbridge is a place that divides people. Locals who have never been to the inner-city hub are put off by its reputation as a seedy zone that attracts society’s fringe-dwellers.

Those who do frequent its street art-splashed laneways, bars and boutiques are puzzled by the bogeyman hype, revelling in the creative spirit that mainstream neglect often gives rise to.

Much like Sydney’s Kings Cross and Brisbane’s Fortitude Valley, Northbridge’s rough edges have been softened. Its sex shops, strip clubs, beer barns and kebab takeaways still exist, but a low-grade gentrification has seen small bars with a cool-but-communal feel sneak into buildings with long backstories.

Home-grown designers sell their wares in rehabilitated shop spaces and restaurants inhabit former Chinese laundries, hairdressers and knock shops. But if you turned back the clock 188 years, you’d find nothing but freshwater swampland here.

Traditionally used by aboriginal Noongar people for food and ceremony, the saturated earth was leveraged by early Chinese arrivals for market gardens in the mid-19th century. The interconnected lake system even dictated the early suburb’s grid, with streets angled to accommodate the waterways.

In the 1860s, convict labour was used to drain them and permanent settlement began. The feverish 1890s gold rush fuelled the construction of grand hotels, WA’s first shopping arcade, elite private schools and enviable residences housing the wealthy, including the state’s Attorney-General.

Greek and Macedonian immigration before the First World War fuelled Northbridge’s multicultural flavour just as the upper class was moving out to Perth’s river-gazing western suburbs. Gambling dens, clubs, cafes and restaurants joined their grocery stores as the Italian wave hit the inner city after the Second World War, setting in motion the area’s reputation for entertainment.

All the while, Asian butchers, grocers, herbalists, bakeries and restaurants were popping up along William and Roe Streets, creating the Chinatown that still exists today.

In the meantime, here’s what else you should check out when you go.. 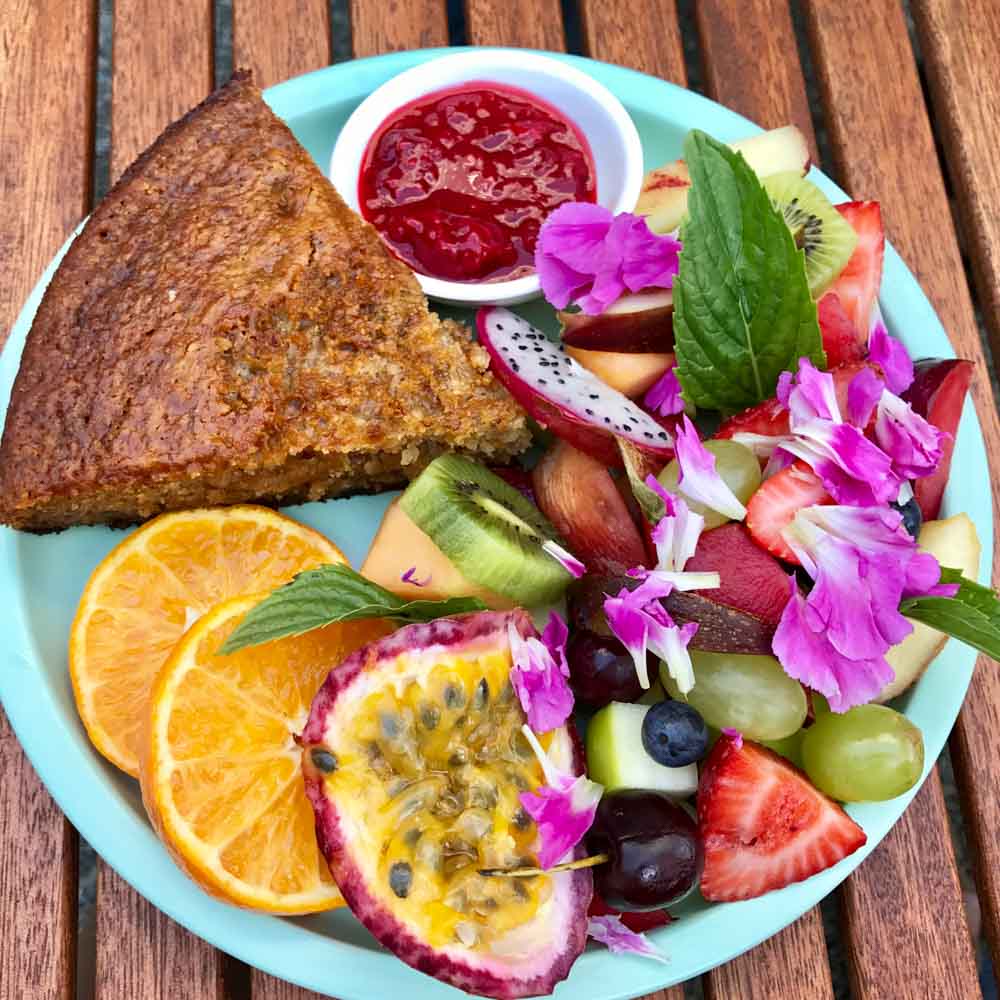 Flora & Fauna combine beautiful flowers with a vegan cafe that is perfect for you next Instagram upload (photo: @walkwithmoi).

What do you get when a former florist opens a pocket-sized vegan cafe?

The sort of edible flower-topped dishes that will send your Instagram feed into meltdown.

Try the French Canadian toast with real maple syrup, easily justified when you spy the mountain of berries and herbs it’s served with.

Everything’s made to order, pumped out of an open kitchen measuring less than 10 square metres, with eclectic upcycled seating dotting an easy-to-miss laneway. 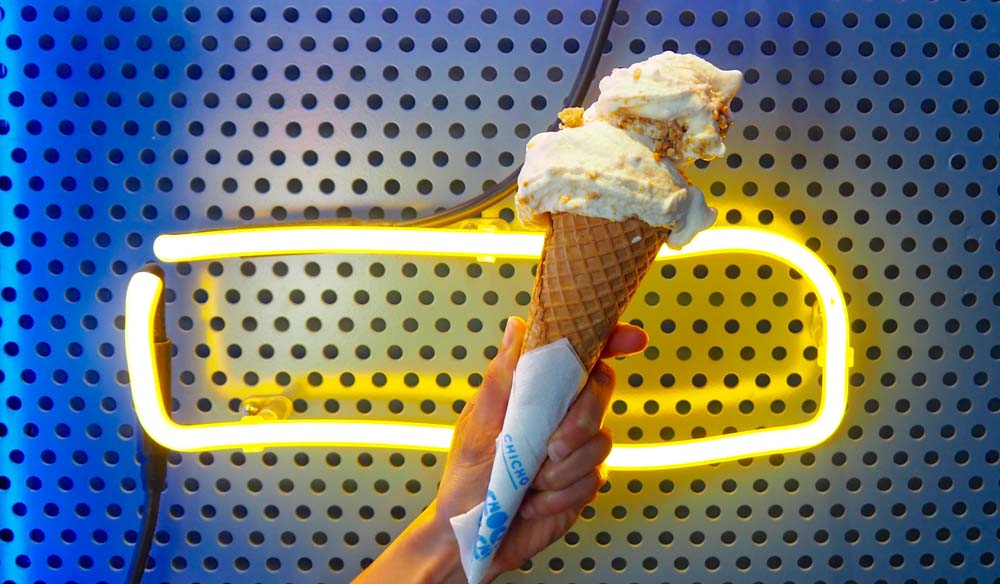 Chico Gelato flavour mash-ups are as creative as one of Vincent Van Gough’s artworks.

Yep, the flavours at this artisan gelatEria are as crazy-town as they are tasty.

Aside from being insanely creative with their from-scratch ingredient mash-ups, the cute couple behind Chicho Gelato hold monthly chef collaborations to ensure their gelato goes further off the grid.

Hands down the best icy treat in Perth (and yes, get the melted chocolate cone). 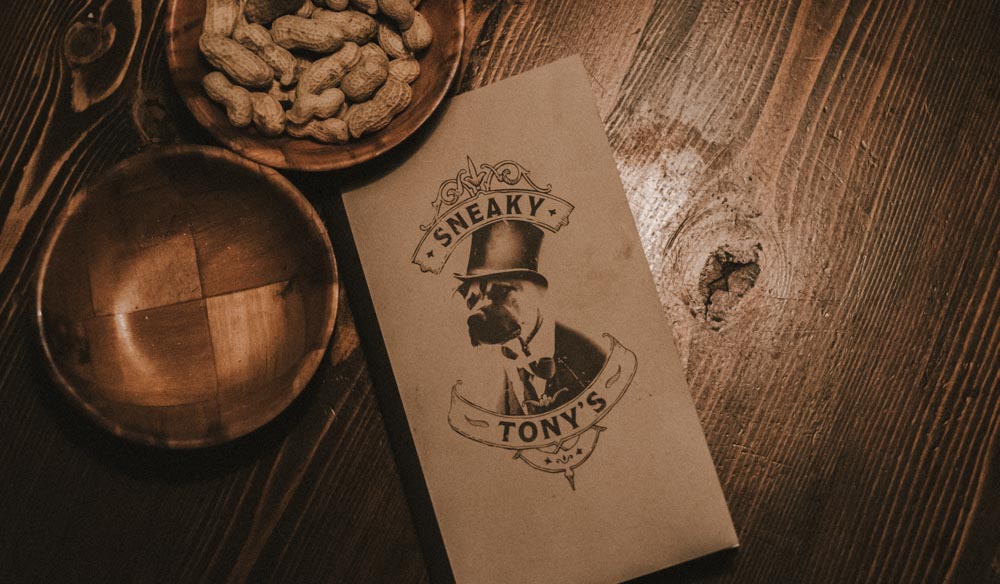 Sneaking into Sneaky Tony’s is no easy feat, especially if you forgot the password.

Step one: find the unmarked black door hidden around the back of sister eatery, Pleased to Meet You.

Step two: knock. Step three: give the night’s password through the peephole slot (tip: it’s posted to Facebook, necessary on weekends only).

The challenge of getting in to this speakeasy rum bar only adds to the fun. 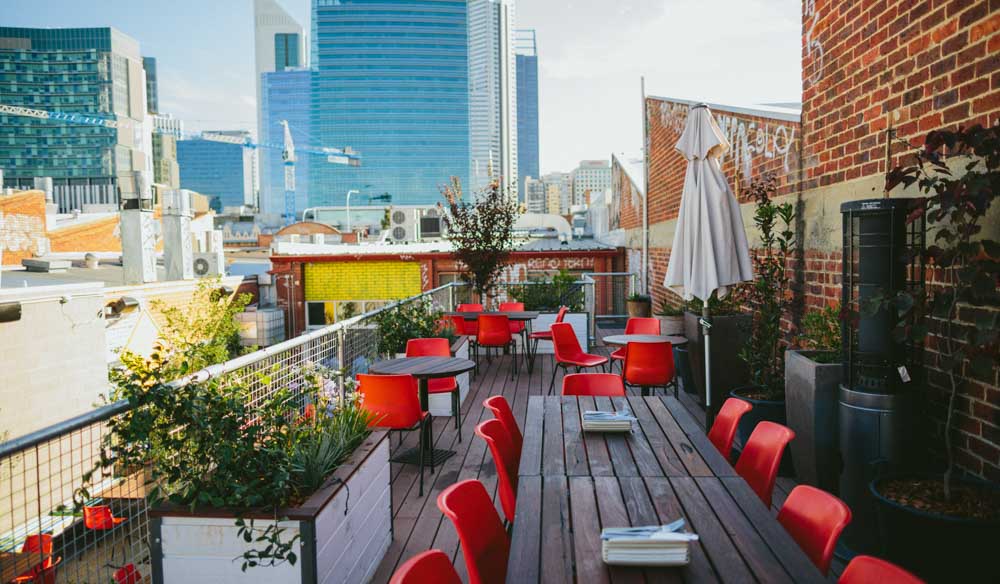 The spectacular view from The Standard Bar will have you skyscraper gazing.

A laneway entrance, rooftop views and a bar in a sea container: The Standard ticks a lot of boxes.

The kitchen’s mod-Oz fare is best eaten atop said sea container while gazing at skyscrapers and topping up tumblers with jugs of lime sherbet-pimped punch. 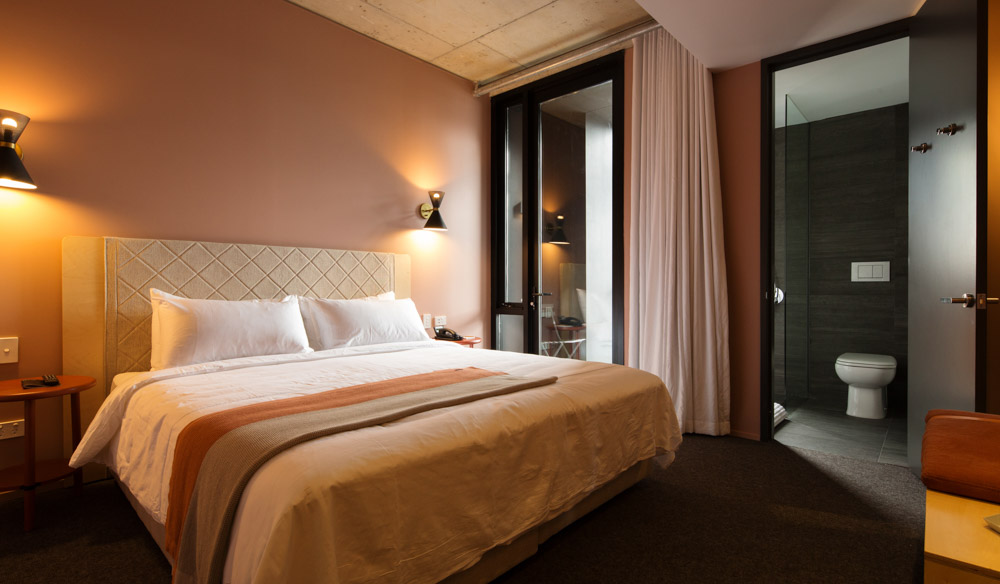 Better located hotels are hard to find, particularly ones that have an honour system wine bar, designer interiors and midday check-out.

In its un-hotel style, Alex Hotel is all about communal spaces (like the funky rooftop) so rooms are compact.

Explore nearby Perth Cultural Centre by day, and slink into Alex’s sexy restaurant, Shadow, by night. Check out our guide to accommodation in Perth for more. 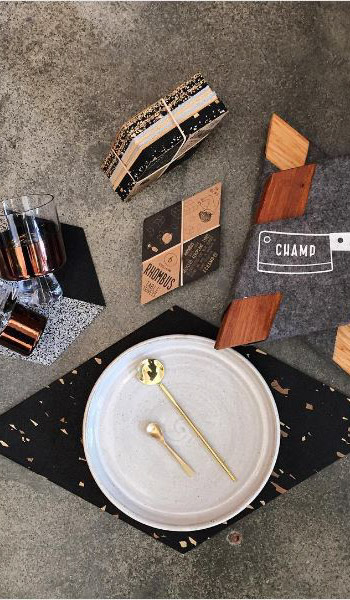 Totally worth the stroll, gift shop William Topp is at the northern end of William Street, and is brimming with thoughtfully sourced treasures. 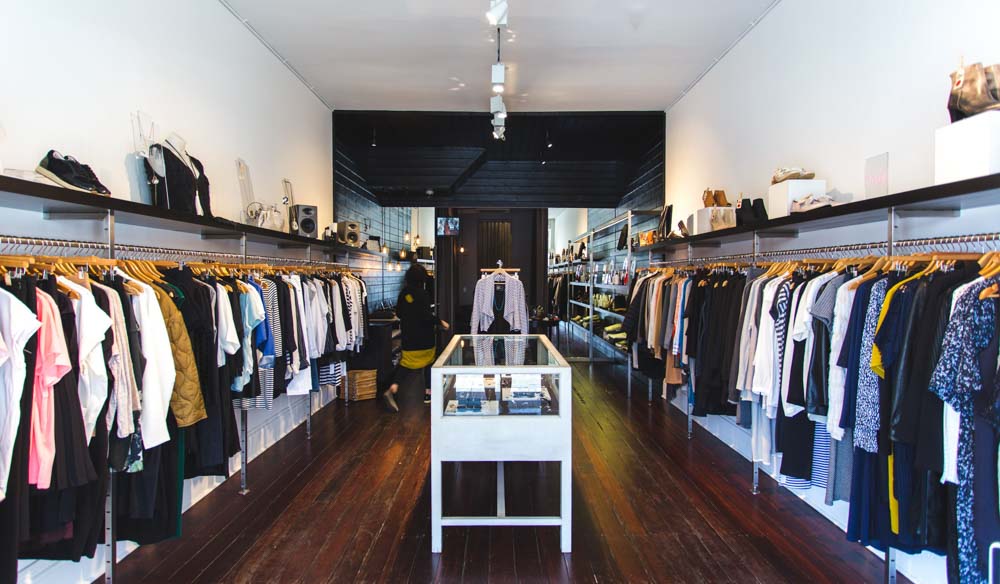 Periscope Store is a must visit for vintage fashion on William Street, Perth.

William Street blends wonderful vintage fashion with edgy designer boutiques, but if you could only visit one, make it Periscope.

More individual than trendy, it houses its own label among local, Australian and international designers. 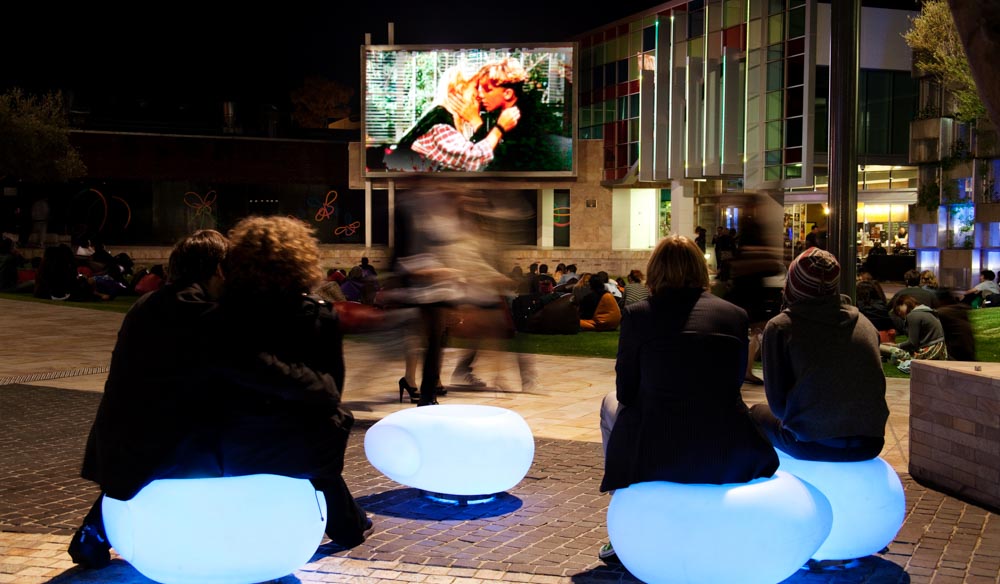 Beanbags, light up seating, outdoor movie screenings and brewpub on the side, Northbridge Piazza has it all!

If that’s not enough to get you excited, there’s also a brewpub on one side of the green, Northbridge Brewing Co., and the entire zone enjoys free wi-fi. #winning.