5 new-school distilleries that are redefining gin 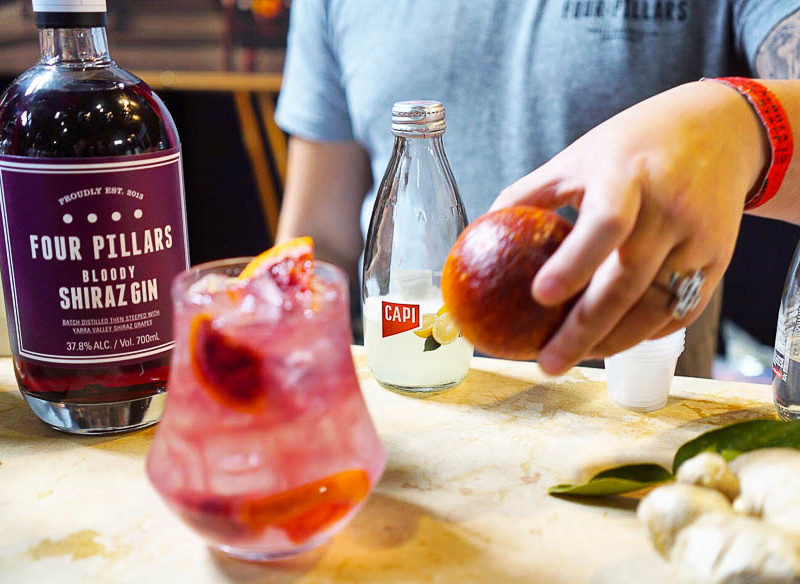 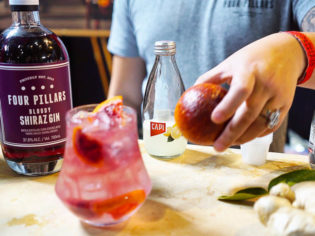 Travel, food and drink blogger Kirsty Le Juge uses her olfactory flare to follow the scent of Australia’s new breed of gin producers. These 5 regional distilleries are taking Aussie gin to a whole other level.

There’s an indisputable truth that few things go together as well as gin, vermouth and Campari to create something as perfectly delicious as a Negroni.

Perhaps this versatility is partly to blame for gin’s reputation as a spirit often exclusively reserved for mixing in cocktails.

Nowadays, the rules are changing. Here are five Australian distilleries taking their gin game to the next level and proving that the only thing you need to enjoy this tipple is a glass. And even that part’s optional!

Tucked away in the quaint town of Loch, amongst rolling hills peppered with grazing cows in beautiful South Gippsland, you’ll find Loch Brewery and Distillery.

Housed on the main street, Victoria Road, inside a former bank built in the 1800s, owners Craig and Mel Davies are busily taking advantage of local botanicals to produce high quality, small-batch gin.

Craig had a superlative teacher – Bill Lark from Lark Distillery, to be specific – and he and Mel now produce three varieties themselves.

As much as possible, ingredients are sourced from a farm just up the road. A quick poke around in the botanicals room reveals a host of poetically named ingredients – strawberry gum and lemon myrtle, to name a couple.

Add some juniper to the mix and you’ve got, from weakest to strongest, a Gin Liqueur, a Classic Dry Gin and The Weaver (50 per cent).

Drop by for a tasting and a chat up at the bar, and learn about the beer they brew and the whisky that’s on the way too. The beautiful setting, combined with two friendly hosts and, of course, the high quality gin, make this the perfect day trip from Melbourne.

Better yet, make a weekend of it; the Kernot Food and Wine Store is the place to be on a Saturday night, but that’s a whole other story…

In keeping with the theme of ideal getaways from Melbourne, may we suggest Healesville in the Yarra Valley? If you do heed this advice, and find yourself in Healesville, then you should promptly make tracks to Four Pillars distillery

Cam Mackenzie heads up operations here; he’s quite a superstar in the world of gin. With 10 trademark botanicals, including cardamom, lavender and star anise, you can’t go past favourites like Navy Strength and Rare Dry Gin.

But Four Pillars is as renowned for its limited-edition bottles as it is its standard range, and this experimental nature is a big part of the success.

For example, the Australian Christmas Gin was created by adding actual Christmas puddings during the distillation process, which took place in Rutherglen Muscat aged barrels. Apparently you can have your gin cake and eat it, too.

Or perhaps you fancy the deep purple colour and sweet flavour of the Bloody Shiraz Gin, made by steeping Yarra Valley shiraz grapes with gin.

An afternoon well spent includes dropping by the distillery for a glance at Wilma, the copper still named after Cam’s mum, while sampling the fruits of her labour.

It’s hard to imagine anything less than amazing coming out of Margaret River, and Australia’s most awarded gin is no exception.

The tipple in question is none other than The West Wind’s The Cutlass, just one of the uniquely Aussie offerings in this family of five gins, including The Barrel Expedition Gin. Aged in vermouth barrels in collaboration with Australian vermouth producers Maidenii, this is the first of a series of barrel-aged expressions.

Mixing juniper alongside flavours like Australian bush tomato and lemon myrtle, it’s these unique elements that have seen the company do our humble island proud.

It all started in 2010, in the style of ‘four guys walk into a bar…’ the punch line being that they left with a goal of producing “damn fine gin”.

The very next year West Winds went on to win double gold and gold awards with its first two (damn fine) offerings at the 2011 San Francisco International Spirits Competition.

It didn’t stop there, either: these guys haven’t really stopped kicking award goals since then.

Here’s one for Google dictionary: enfleurage. This fancy French word describes the NSW Central Coast-based Distillery Botanica’s process of extracting the purest fragrances from its ‘hero botanical,’ Murraya (a flowering citrus plant with white flowers, it smells like orange blossom).

The process involves using a fat-based medium, in this case coconut oil, to absorb the citrus aroma of the white flower without heat. The aim is to capture the garden-grown ingredients as purely as possible, so that the jasmine, honeysuckle and orange blossom speak for themselves.

Distillery Botanica’s Garden Grown Gin is what you get when a horticulturist/herbalist turns his green thumb to distilling.

After growing and sourcing the botanicals, Philip Moore hand blends each of the distillations to create a couple of different gin varieties along with liqueurs and even candles. So pure it’s basically like doing yoga, right?

We’re well aware that Tassie’s at the forefront of all things food and drink, including the swelling gin scene at Shene Estate & Distillery.

At the ripe old age of 197, the estate’s well and truly still got it. Steeped in all the culture and stories of a life well-lived, this grand and iconic building originally served as early colonialist Gamaliel Butler’s country residence and even has links with King George III.

Owners (since 2007) the Kernke family, are painstakingly passionate about the preservation and sharing of the estate’s heritage and began producing gin within its walls in 2015

If atmosphere alone isn’t enough for you, then rest assured that the San Francisco World Spirits Competition made no mistakes in 2016 when they awarded gold and silver medals to both entries from Shene.

Master distiller Damian Mackey, of Mackey Whisky fame, brought his unique brand of knowledge and experience gained under the wing of Bill Lark to the old hayshed at Shene. The result is two varieties of Poltergeist Gin: A True Spirit and Unfiltered.

Your best bet is to heed the advice of Shene and enjoy it with fine company, gossip and in the dead of night.