It has a unique flavour [bush tucker] 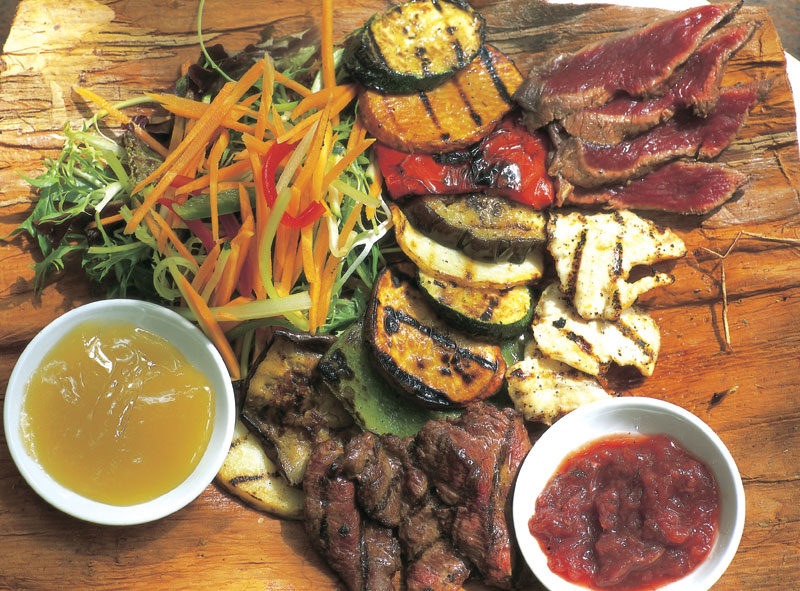 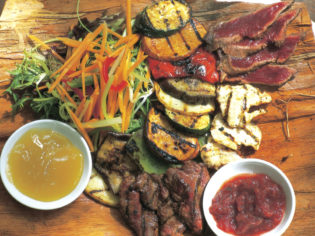 Sarah Tierney takes a fresh look at Australia’s clever culinary wilderness, including devouring the coat of arms, some ingenious Indigenous bush remedies, and even a recipe for good old fashioned Beer Damper.

If you thought traditional Aussie cuisine meant Vegemite on toast followed by a lamington for dessert, it’s time you expanded your horizons. Have you tried kangaroo yet? How about crocodile and emu? Or fruits like Kakadu plums, rosellas, riberries and the humble quandong, to name but a few? Bush tucker of this kind is becoming more famous and widespread, thanks to a spate of health studies that have revealed that native Australian meat, especially emu and roo, are lower in fat and higher in iron than other conventional meats. The fruits are also known to be healthier, with the Kakadu plum thought to be the world’s highest source of Vitamin C.

Most of what European settlers believed to be inedible is now considered very much the norm on the menus of top restaurants around the country. But of course the best place to experience real bush tucker is in the outback, where kangaroo is as common as beef and our original hunter-gatherers – the Australian Aboriginals – knew all the secret water spots and foods of the land.

One of the most authentic spots in Australia for kick-starting your knowledge of bush tucker is in South Australia’s Northern Flinders Ranges, along the road to the Arkaroola Wilderness Sanctuary, at Iga Warta. This Indigenous-run Coulthard family business features a whole swag of cultural tours, one of which is Yata Nukuntha – a bush tucker and medicine tour detailing Dreamtime stories of the local tribes along the way. The three-hour trek brings visitors in touch with just some of the more than 600 types of edible plants, seeds and nuts in what Adnyamathanha tour guide Sharpy Coulthard refers to as his outback “supermarket”. Interestingly, it’s from this region, and from the local Adnyamathanha language, that the word “witchetty grub” derives (wityu = hooked stick, vartu = grub) . . . so if you’re brave enough, ask Sharpy to dig one up for you. They taste like egg when cooked, like almonds when raw, and are a massive source of protein.

Next it’s out from the bushes and into the barrooms, with this iconic bush tucker location tucked away on the northwestern fringe of Flinders Ranges National Park, in the tiny town of Parachilna. It’d be a blink-and-you-miss-it kind of town if it weren’t for the famous Prairie Hotel and its Feral Mixed Grill of roo, wallaby, camel and goat for the hungry. Of course there’s other modern-Aussie food served here, but none is as popular as the Grill. Then there’s the Copley Bush Bakery and Quandong Café, about an hour north of Parachilna, which caters to the sweet tooth with its popular quandong pies and desserts, along with native-style cafe food. And let’s not forget Darwin’s Roadkill Café, a LOT further north, which serves up freshly cooked meat daily. Don’t worry; it’s not actual tire-marked, flattened road kill, but safely prepared possum, roo, croc and other game meat.

Interestingly, the native animals on Australia’s Coat of Arms – the emu and the red kangaroo – are peculiar in that they can’t walk backwards (presumably representing the thrusting, forward-looking progress of our young nation) and are the only living national emblems in the world that are regularly consumed by their subjects (ie, us). Of course most restaurants and hotels in the outback will have roo and emu and other native foods on the menu – but when you live in the outback, why wouldn’t you? Just make sure you don’t go traipsing around picking any old berry or leaf to eat, or else you’ll find yourself in dire need of some native medicine. Which brings us to . .

Native plants aren’t just for eating; they have some pretty potent medicinal uses too. Some that treat the more common health issues include the leaves of the rock fuchsia bush, which can be made into a drink for headaches, or you can mash the stems of a snakevine and wind it around your head. Looks ridiculous, but apparently works. Colds can be combated with native lemon grass or by crushing tea tree leaves to help clear the nose. Tree orchid bulb sap can be dabbed onto cuts for quick healing, or you can apply crushed billygoat weed to the wound. And if you’re ever in the outback and get whacked with a bout of toothache, plug the tooth with the shredded wood of the green plum tree, or pop some quinine berry fruits into your mouth.

But perhaps the ultimate repository for Australian bush medicines can be found at Dilthan Yolngunha – The Healing Place – a kind of Indigenous bush hospital set up by the Yothu Yindi Foundation at Gulkula, 30mins outside Nhulunbuy on Arnhem Land’s Gove Peninsula (www.healingplace.com.au). All manner of traditional treatments, ointments, liniments and methods are used here, some you’ll not believe until you’ve seen them – like the antiseptic use, for example, of liquid drained from the digestive canal of a bush cockroach.

Finally, we thought we’d end our wander through Australia’s culinary wilderness with an absolute staple for your next walkabout adventure: it’s a Damper (with a beery twist), and it should be an integral part of everyone’s outback camping skills. Drovers used it, Aboriginals used it, and these days it’s an institution at school camps. And with beer, the damper is lighter and fluffier than normal. Take four cups of self-raising flour, one stubby of beer, a pinch of salt and mix everything together until it forms a dough. Shape the dough into a ball and place it on a rack over the fire (or in the oven) and cook until golden brown and hollow when tapped.

You can’t really call yourself a modern Australian until you’ve cooked your first damper. And if you think you’ve got a better version of this recipe, or even another idea or inspiration for your own bush remedies or outback tucker, send them in to editor@australiantraveller.com . . . and happy outback eating!