The outback floods with hipster coffee 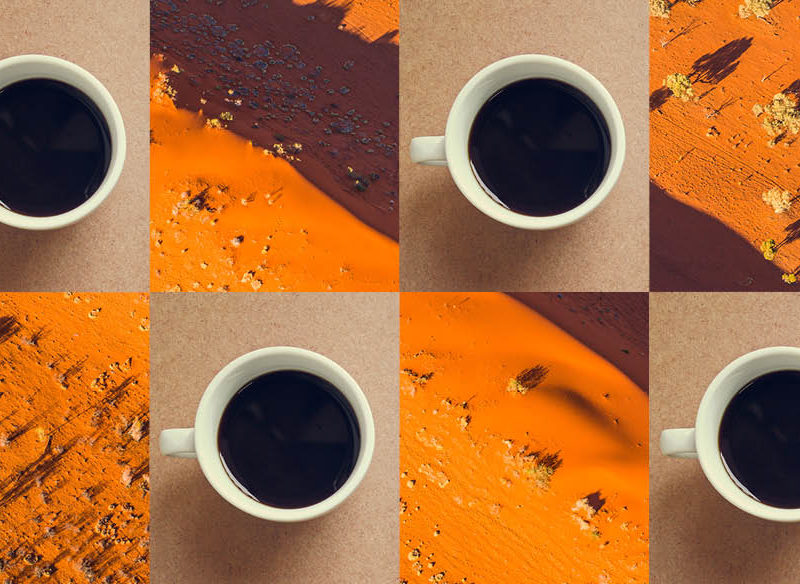 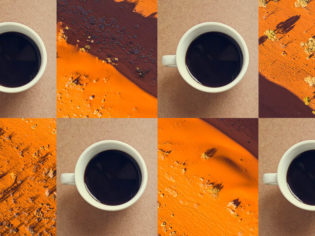 It’s official: hell hath frozen over and the outback ‘mud’ is beginning to dry up. Yes, that’s right, you can get a good big-city-quality coffee in Australia’s regions now. You just really, really have to know where to look, and it’s often in places you might not expect, finds Steve Madgwick.

“Do you mean a mack-ee-ah-toe?” he asks, each syllable its own operetta.

I’d expect a coffee elocution lesson like this in Melbourne’s Little Collins Street or Sydney’s Surry Hills, but inside a highway roadhouse, halfway up to The Tip of Cape York? Well… I never!

Laura Roadhouse is your typical low-slung Besser Block Lego-ed together roadhouse, a reliable all-rounder selling most things you need to parade into Australia’s outer space; the fuel prices are high, the fishing ‘fashion’ horrendous and, naturally, the generic coffee is muddy and tasteless.

Well, about that last one…

Okay, so it wasn’t quite waxy-moustachioed-barrister style, but my macchiato’s beans weren’t burnt, its flavour not bitter, and it was served at the perfect temperature, with just the right amount and consistency of milk that the finicky style requires.

Honestly, it was as good as at least two hipster coffee spots close to my inner-city office, which claim (quite loudly) to be artisans. Most importantly, though, the coffee came into this world from a ‘proper’ machine, not an urn, nor kettle, and was not poisoned with long-life milk.

I wonder if this moment marks ‘The Great Leap Forward’ because if I, as a human male, ordered a turmeric latte from an outback roadhouse 30 years ago, I would have been punched in the eye socket. Fancy coffee was, as Johnny Warren said of Australian soccer in the 70s, deemed to be for “sheilas, wogs and poofters”.

But the story does not end here. Oh, no. Given that historical context, my next coffee, a couple of hours later, was very good. Yes, I just said it. I had a very good coffee in the outback.

The scene? One of Australia’s best outback festivals and most important Indigenous events, the biennial Laura Aboriginal Dance Festival. It’s a spirit-refreshing event, held in the scrub around the Queensland town, where you don’t mind getting dusty and slumming it in a tent for a couple of nights.

Because of its isolation, facilities are rudimentary; the shower blocks are the only freestanding structures, so you mechanically adjust your food and beverage expectations accordingly. Saying that, the community stalls put on a good spread, punching above their weight, especially if you’re after a serving of pig’s blood and rice (a bargain at $15).

So I decide to put the petite Laura River Coffee stall to my macchiato test. “Long or short?” comes the rubber-band-quick reply. Nice start.

On the counter, a shade more than a minute later, comes a handsome cuppa served in the correct, embarrassingly small espresso cup. Its artful milk ‘stain’ (the meaning of macchiato in Italian) shows that I am dealing with a much-practised hand.

But the first cup gets snatched back before I get the chance to snatch it. They’re not happy with it for some reason. The replacement arrives two minutes later.

And then it happens… I down my first hipster coffee in the outback. Woah – good morning Laura!

“I learned how to make coffee in my coffee shop,” says David Barwick, who now farms turmeric and ginger. “I’ve been a chef for a long time and, if you can cook, you can make good coffee. It’s all about the flavour.”

“I used to have a cafe in Cape Trib’ so this is almost a community stall, especially for this event. I’ve been doing it for the past 12 years; once you start doing something you just keep doing it. When Laura is finished I put the machines in a shipping container for two years until I take them out and clean them for the next one.”

David sources his beans reasonably locally too, from NQ Gold in Mareeba on the Atherton Tablelands, and knows their story because he visits the farm to pick them up. Unsurprisingly, he appreciates my surprise at tasting a good coffee in the outback.

“It’s not just the outback,” he says. “I once drove from Sydney to Cairns along the highway and you can’t get a decent cup of coffee or a sandwich the whole way; probably thanks to all the little towns being bypassed these days.”

It’s a common theme. Order a latte in a country town and pretty much get a coffee milkshake. The further out you go, the more likely you will hear the terms Nescafé and coffee used interchangeably. If you are lucky, on special occasions, the Moccona jar might get a dust-off.

But there are other young vanguards ready to settle on the outback’s hot dusty ground and let their grounds do the talking.

The likes of Pip Stafford, who with partner Charlie bought the Andamooka Yacht Club from friends Kurt and Matilda, who established the ironically-named café-cum gallery at this obscure South Australian opal mining town, three-and-a-half hours’ drive from Port Augusta.

“We travelled around Australia for 10 months, popped in for a visit, saw it was for sale, and thought we’d give it a crack,” says Pip.

“We are trying to get people in to see the town and have a good coffee too; to experience this place, which is like nothing else. It’s like a mini Coober Pedy here, but the opal trade is drying up.”

Andamooka “where everyone lives next to their mullock heaps” is off the usual tourist trail, but happens to be a favourite of the grey nomads because it links up with the Oodnadatta Track. The Yacht Club stands by its coffee, and by its big city prices ($5 large, $4 small) too.

“You can always tell someone from a big city like Melbourne because their coffee order is not just your general capp’,” she says.

“They’ve heard about the coffee [sourced from Dawn Patrol in the Adelaide Hills], and they really try to test us, often by ordering just a shot of coffee. And then they can’t believe it; they’re quite happily shocked because we’re tucked way away out here. People say that we’re the best coffee for 280 kilometres around [about the distance to the coast].”

Dave McMahon, who shows people around Kakadu, Arnhem Land and the Kimberley as a tour guide for Venture North, argues that there has been a great caffeine source in the outback for eons.

“In northern Australia Aboriginal people roast and eat the seeds from the Kurrajong Tree, which contains more caffeine than coffee,” says the former chef.

But for taste, Dave has a couple of go-to spots for a sublime brew: the Purple Mango Cafe at Marrakai, on the way to Kakadu from Darwin (which also makes mango wine), and the Nitmiluk National Park cultural centre at Katherine Gorge, which “makes an unbelievably good coffee”.

“I think that the shock of finding the epitome of city slicker civilisation, a really good coffee, in the bush is a luxury that tourists never under-appreciate.”

It’s been said, that in some outback towns you still drink coffee only out of necessity. And just because there’s a popular café in a town doesn’t that mean they make a good cup of Joe.

But, the slow-roasted, caffeine-drenched evolution is underway. And while hipster coffee is not flooding the plains yet, the rains of change are now falling on the plains.