An insider's guide to Yamba's beaches 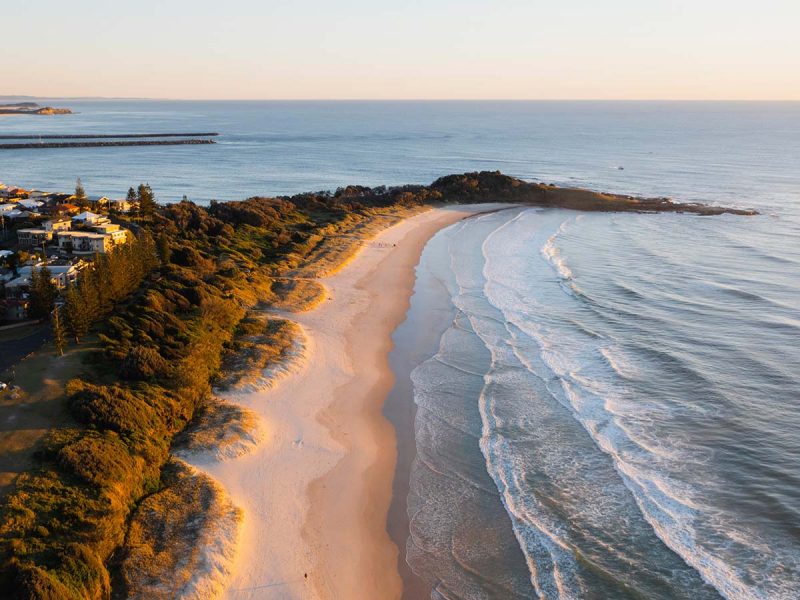 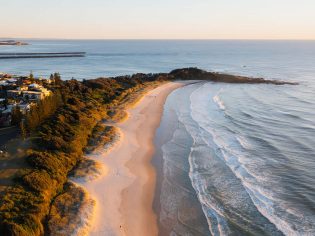 From patrolled beaches for families to rolling surf for experienced surfers and stunning rock pools, here’s our insider’s guide to Yamba’s best beaches.

The beaches are the main draw in Yamba, which is situated at the mouth of the Clarence River in the Northern Rivers region of North Coast NSW. The surfie scene is also alive and well thanks in part to a mix of locals who came for the surf and never left and visitors who would like to follow suit who all scramble out of bed at dawn to jostle for position in the line-up. 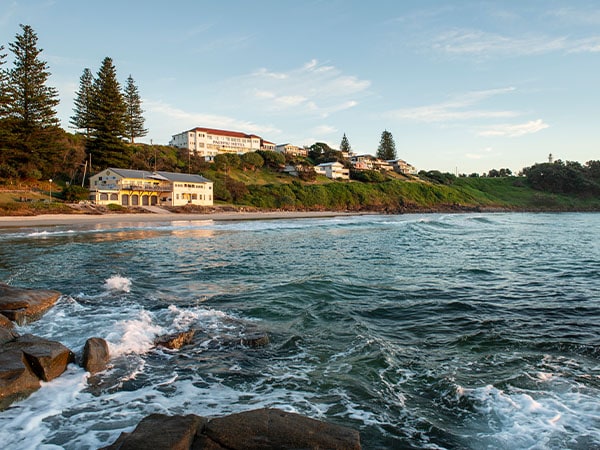 The beaches are the main draw in Yamba. (Image: Destination NSW)

Here, in the soft morning light, the sea is the colour of faded denim as fishermen and a mix of early morning walkers all stare out to sea, watching the silhouetted surfers bobbing on their boards before they dance down the line. Visiting Yamba’s 11 beaches is one of the best things to do in the Northern Rivers. Here’s how to go with the flow.

The beach breaks around Yamba can be savage and wild. And Back Beach Angourie is no exception. This is the kind of break where that local bloke dubbed Big Wave Dave paddles out and eats the waves for breakfast. Get a surf report from Magic Seaweed as the weather has a big impact on the waves here. Back Beach is located just south of Angourie Point. 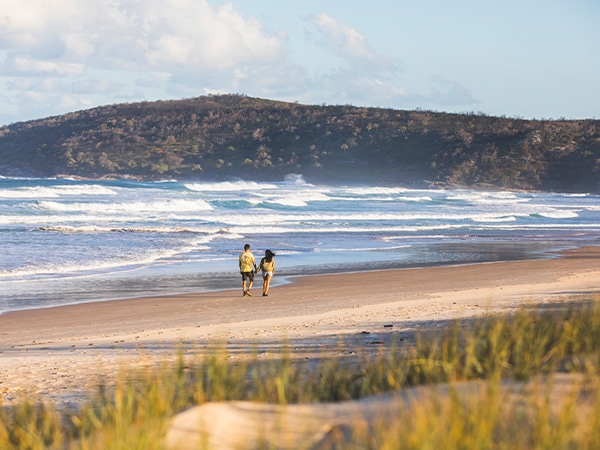 The beach breaks around Yamba can be savage and wild. (Image: Destination NSW)

Angourie Point is the most popular place for local surfers in Yamba so if you make the call to paddle out, be sure to adhere to surf etiquette and wait your turn for a wave. Angourie Point is one of the few protected surfing reserves in Australia and the waves, which curve around the rocky headland, break near a 150m-long rock shelf known as ‘life or death’ which can get gnarly. Not a beginner’s wave. 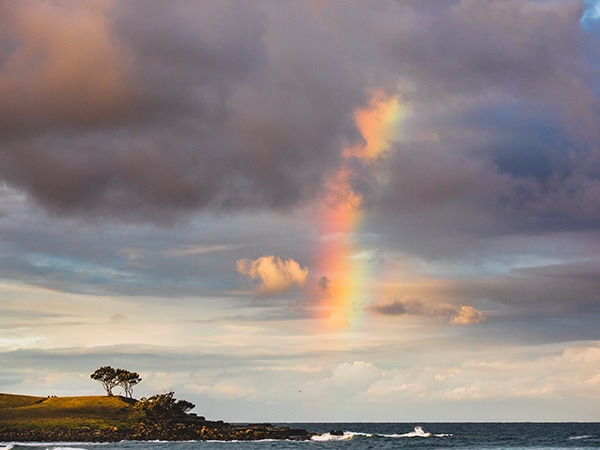 Angourie Point is one of the few protected surfing reserves in Australia. (Image: Destination NSW)

Turners may well be (it’s not) named after the head-swivelling that ensues when there’s a swell running and skilled surfers are riding the breaks that bracket the beach. Fishing off the Yamba break wall or rocks is also a popular past-time at Turners, which is patrolled over summer. Take the steps from the beach up to Yamba Lighthouse and read the Dreamtime story of the giant eel that travelled through the Clarence Valley. 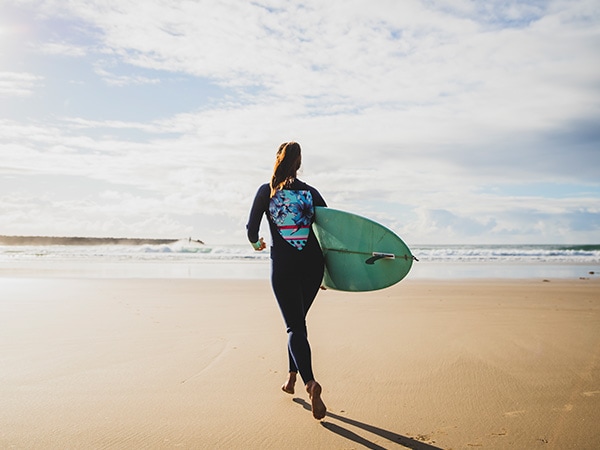 Get ready to ride the breaks that bracket the beach. (Image: Destination NSW)

Yamba’s Main Beach has a fantastic selection of beaches and world-class surf breaks as well as a large saltwater rock pool for churning out laps. This pretty swathe of sand is also patrolled, so it’s a great choice for families with children who want to dip their toes in the water or progress to standing up on a board. For crowd-free waves, get up early before returning to The Surf Yamba. 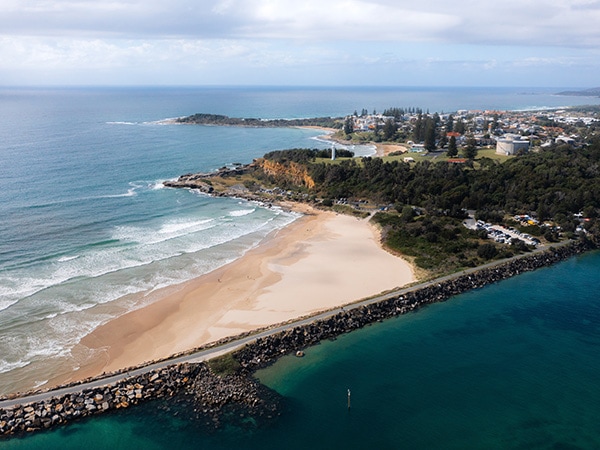 Those who are a bit wussy about waves love Whiting Beach, a calm, protected river beach and a great spot to cool off in summer. Whiting is popular with fishos and families and fisho families. If you don’t manage to hook a big one, order fish and chips from the local takeaway and stake out a claim on a square of sand. This is the most sheltered beach in the Clarence Valley, and it’s known for its amenities (toilets and picnic tables).

Pray for a sunny day before packing a picnic and padding down to the quietude of Convent Beach, which is tucked in between Yamba Point and picturesque Pippi Beach. At sunrise, the sea is a divine backdrop for a spot of meditation or yoga. Forget the in-your-face hipness of Byron Bay; Yamba is a way more low-key hideout for wannabee Bohemians. 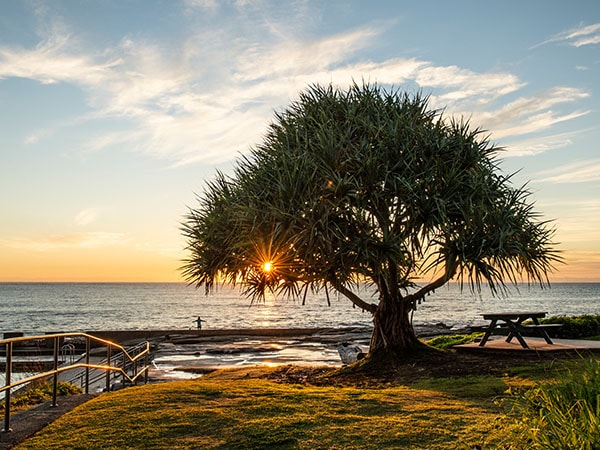 Best for beach (and bush) walks

Enjoy a few hours of oneness with the ocean as you listen to its soaring soundtrack while walking to the more tranquil southern end of Pippi Beach. Pippis is on the bay-side and can be off limits when there’s a south swell running. But when it’s low tide and the winds are favourable, Pippi is paradise, and as much about socialising for dog owners as it is about burning off a few calories. Pippi Beach is only patrolled over summer. 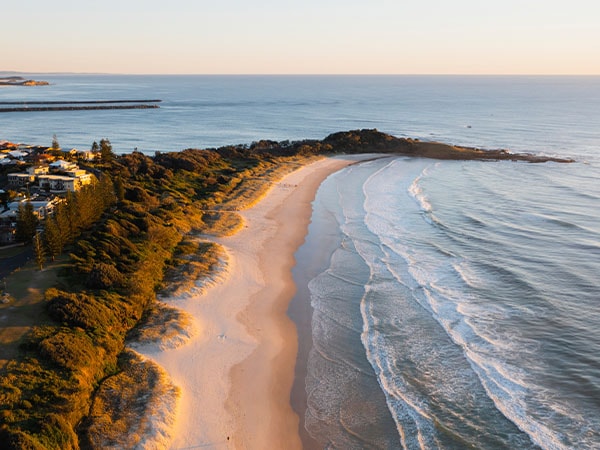 Despite its sinister name, Spookies is mostly a picture of calm. Swaddled by palm trees, strewn with small boulders and blessed with a (mostly) gentle shore break that suits older wave warriors, you can follow a track off the side of Spooky Beach to wind up at the beautiful Angourie Blue Pool. The picturesque freshwater pool is popular for swimming. 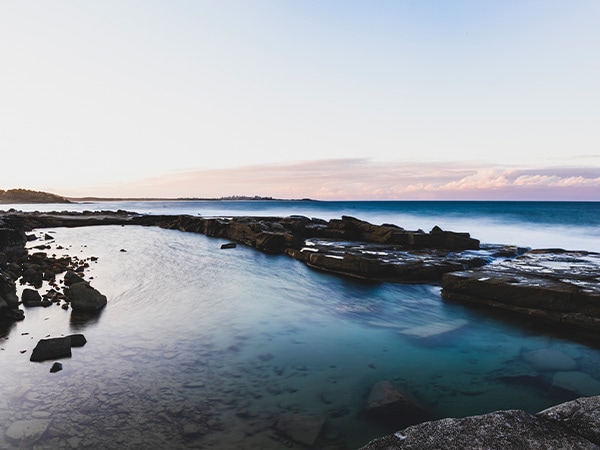 Enjoy an aerial view of the Bundjalung region from the whale-watching platform at Iluka Bluff before making your way down to the family-friendly Bluff Beach. The sheltered beach is patrolled during the summer holidays and has a 2.5-kilometre walking track that leads through the largest remaining stand of littoral (coastal) rainforest in NSW.  The beach is located north of Yamba and is also popular for surfing. 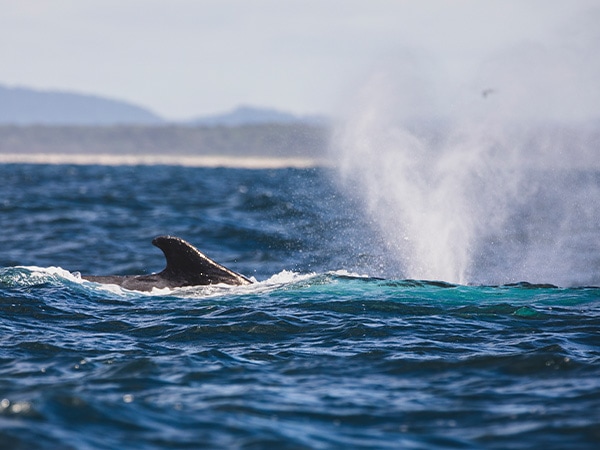 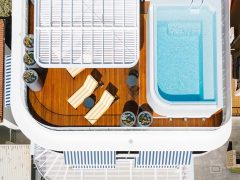 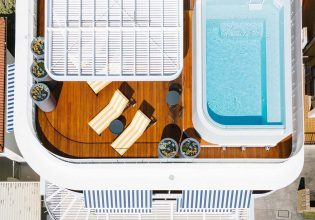 Yamba accommodation for every type of traveller

Searching for the best accommodation in Yamba? You’ve come to the right place. The laid back beach town of Yamba, has long been considered one of... 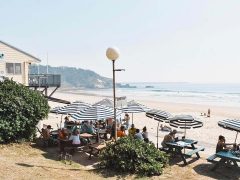 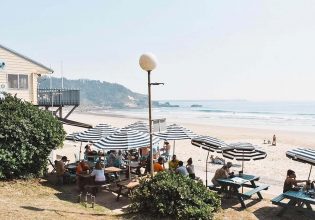 ​​Whether you’re planning a full-on eating itinerary or just stopping through town on your way to somewhere else, these are six of the best Yamb... 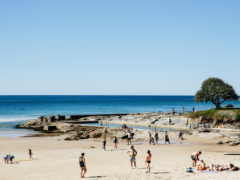 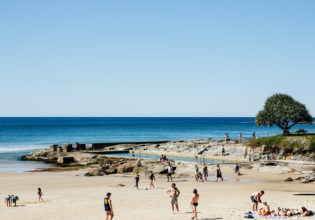 A photographic look at an iconic summer in New South Wales

Elise Hassey showcases the essence of Yamba - one of New South Wales' most iconic coastal haunts. With idyllic weather and temperate water year round... 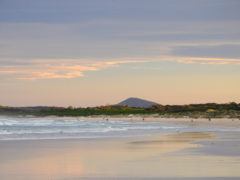 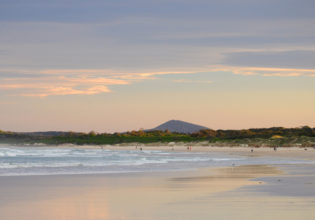 A local’s guide to Yamba, NSW

Twenty years ago, if you were looking for a laid-back beach holiday in New South Wales, Byron Bay was your best bet. But with Byron Bay becoming incre...