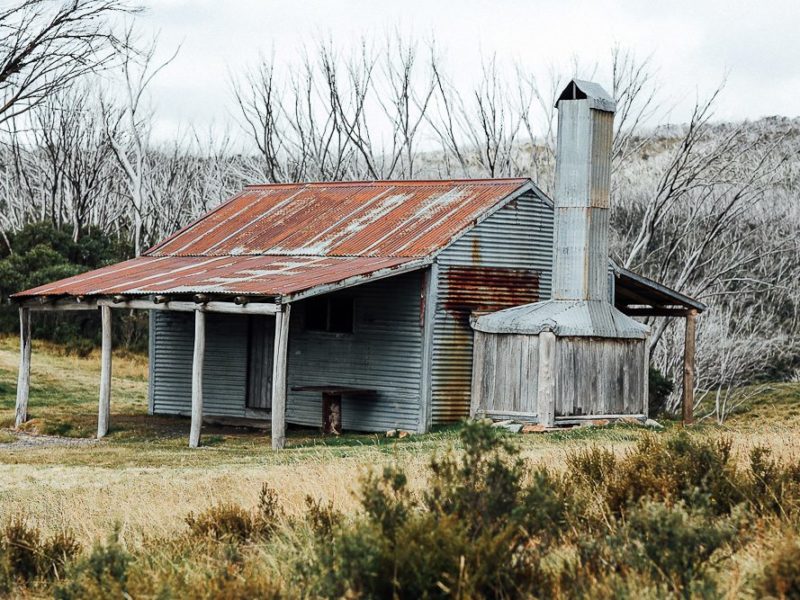 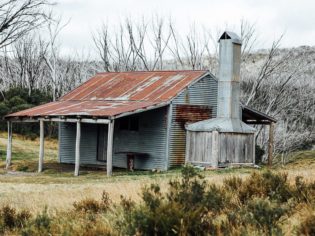 For a few months each year the Snowy Valley’s region of Australia, home to our most popular ski resorts and highest peaks, has to punch an extra notch in its belt to accommodate the bulge in population.

But as the dusting of white melts from peaks and the crowds swap snow boots for boardshorts and bikinis, what’s left could tempt even the most bronzed beach bum away from golden sands.

Rolling mountains of green, itching to be hiked and biked, are laced with streams and rivers filled to breaking point with meltwater and fish to lure keen anglers.

With an abundance of fresh produce ready for rumbling bellies, it’s time to buckle up for a journey to the Snowy Mountains… without the snow. Or the crowds. 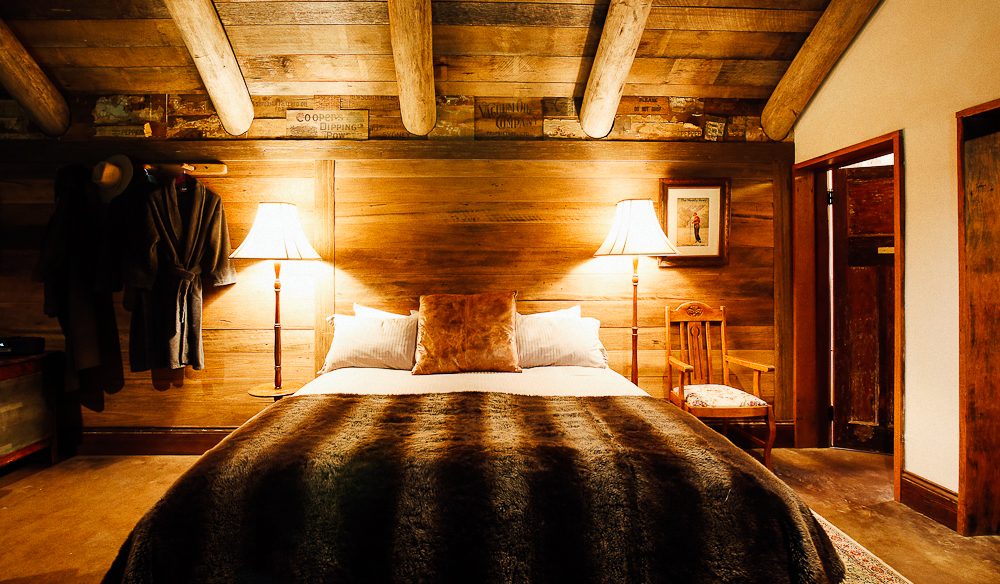 Day 1 – an afternoon in the orchards

From any city in Australia you can fly direct to the Snowy Mountains Airport, but for the full road-trip experience fly into Wagga Wagga (so nice they named it twice) and make your way down and around via two or four wheels to Gundagai, Batlow and Tumut.

With the mercury rising, melted snow has stuffed nature with goodness and the results are obvious as you head south to Batlow, taking in orchards of apple trees, stone fruits, berries and cherries. Via Batlow Road you’ll stumble across cute farmgate stores such as Mouat’s Farm and Wilgro Orchards with plump produce picked for your pleasure on display along with jams and preserves.

Apple picking kicks off in late February, and from December until early January you can pick your own cherries and berries, though the majority will find their way to mouths rather than back to the car. Batlow is also home to the famous Batlow Cider and Big Apple (no Aussie road trip is complete without a sighting of one of our many ‘big things’).

Stained fingers will steer you further down the road to Laurel Hill and the strikingly beautiful Sugar Pine Walk, which has become a very popular destination for couples to exchange rings.

Feel completely enchanted as you walk the 400-metre stretch across a bed of fallen pine needles through the natural cathedral of Native American Sugar Pine.

Planted in 1928, the grand pines have since grown in height and popularity, making this little turn-off before heading into Tumbarumba a must-see. 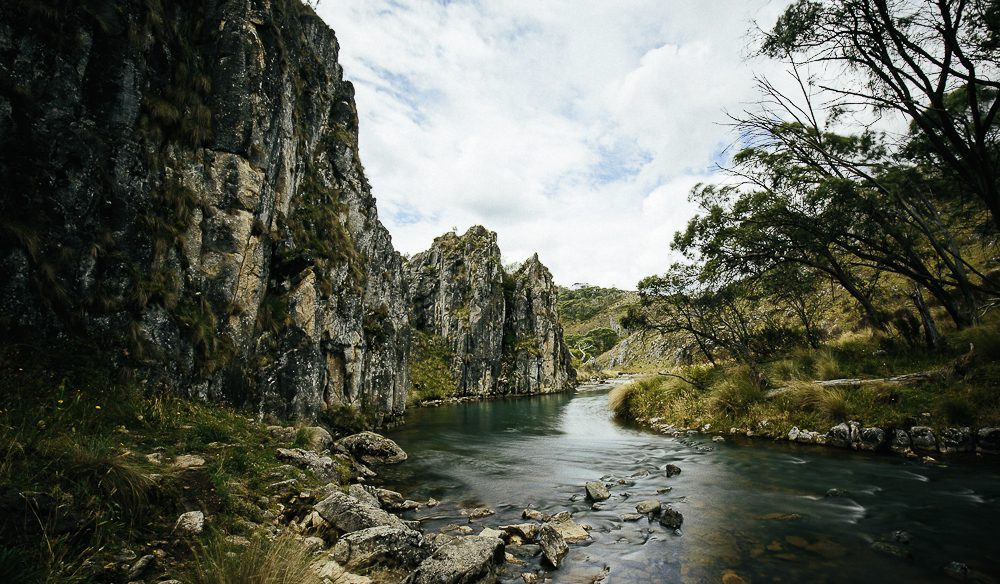 If you’re after a different perspective and a chance to break up the drive, book a scenic flight with a True North Heli Tours. Meet at Tumut Heliport for a Country Escape tour that includes a scenic flight through the the Snowy Valley and into Tumbarumba wineries for a wine tasting and three course lunch. The tour will end where it began, so you can jump back in the car and continue on the road.

If you’d rather skip the helicopter flight and continue on the road, stop in at Tumut River Brewing Co for a brewery tour and a bite to eat.

Day 2 – A flick and a pizza in Tumbarumba

You’ll need to fuel up for another day of wandering and, while in Tumbarumba, the pick of the litter is Nest Cafe and Cinema on Winton Street. This gem is straight out of a fairytale with book-lined shelves to ponder as you overindulge in blueberry pancakes with ice-cream and a side of coffee.

Owner Laura Fraumeni has also converted the back room into a cinema with Friday and Saturday evening flicks accompanied by a tempting pizza selection, the Original White is a favourite with crisp rosemary potatoes, prosciutto, parmesan and pesto.

From here roll the rubber round the bend for a short 10-minute drive to Courabyra Wines on Courabyra Road where brother-and-sister duo Cathy Gairn and Stephen Morrison have been blending together some mighty fine vino that even Sydney’s acclaimed restaurant Tetsuya’s has taken a liking to.

They offer private tours of the sub-alpine vineyard for scenery soaking and an insight into the region’s history finished off with a glass of bubbles on the balcony.

One winery just not enough? Johansen Wines should also be on your pit stop list.

It’s hard to leave such dolce vita, but the next leg of the trip is worth it – the landscapes that continuously unfold before you as you traverse along Tooma Road and then onto the Alpine Way towards Jindabyne are nothing short of spectacular.

The area is perhaps even more stunning without the snow-covered peaks, as buxom hills of varying shades of green force drivers to the roadside, smartphones in hand. Google maps estimates a three-hour drive, but allow for extra photo-taking time. 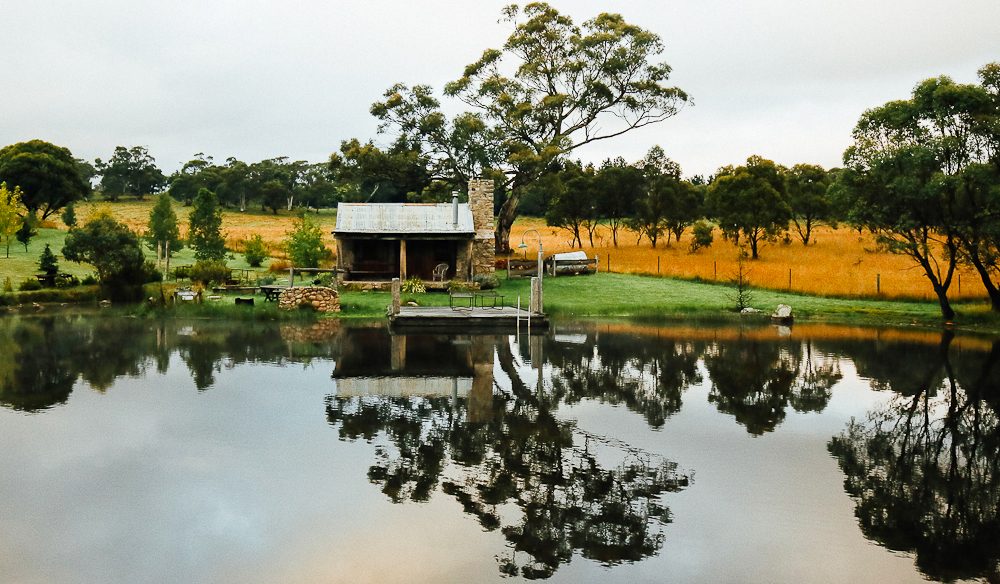 Day 3 – your very own alpine hut

Moonbah Huts owner Brett Smith has taken the term ‘handmade’ to another level with his stunning cottages nestled neatly on the outskirts of Jindabyne.

The two stone huts, located on the banks of the Moonbah River, were built by Brett over a 10-year period from rocks pulled from the mountains that dwarf these idyllic dwellings.

Both huts sleep four and have an open fireplace perfect for post Mt Kosciuszko-climb tea-sipping, or the balcony rocking chair might take your fancy. Brett also caters for the keen angler with fly-fishing lessons in prime rainbow trout territory.

With the Kosciuszko National Park ready for wandering, head out of Jindabyne and follow the signs to Thredbo where the main chair lift stays open during the warmer months to take explorers and keen mountain bikers up to Australia’s highest peak at 2228 metres above sea level. Fingers crossed the weather is kind as cloud cover can sometimes spoil the breathtaking view out over the national park.

Heading back, make sure you pull into the Wild Brumby distillery just off Alpine Way to sample some of Brad and Monika Spalding’s schnapps range that will help wash down the veal schnitzel or bratwurst you’ve just inhaled.

They also do daily tastings and bottles are on hand for you to fill the car boot before you leave. 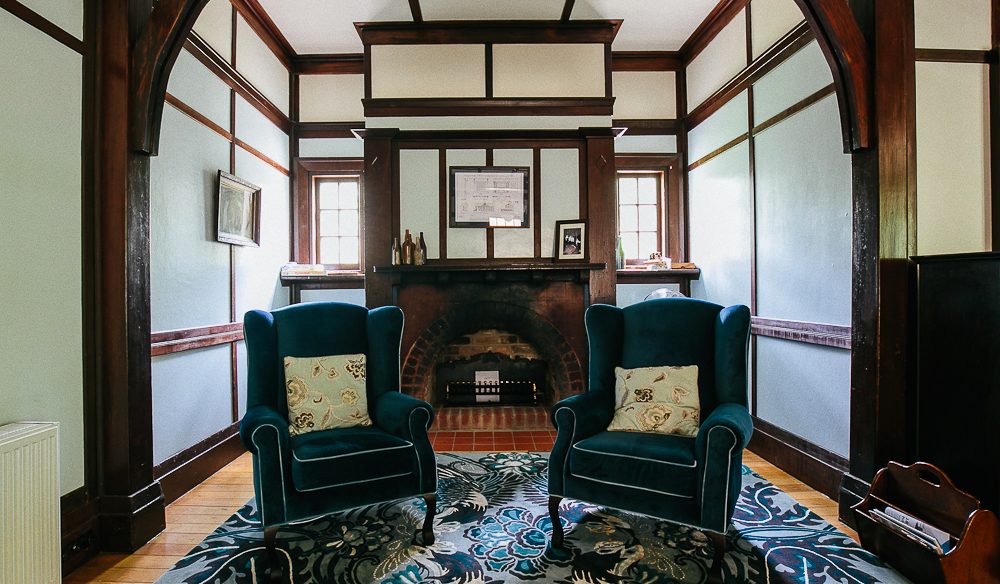 Today you only need three words: Parc baked beans. This dish will have you nose deep in porcelain and asking for seconds as the crispy chorizo and poached eggs fuel a weary traveller’s appetite.

Parc cafe in the heart of Jindabyne is a must-stop for breaky before any activity, as the coffee holds a candle to Sydney and Melbourne cafes while dishes will leave you with a satisfied grin. For the sweet tooth, the waffles are worth a dig.

To keep your sugar-high going head out to Leesville Estate and the Snowy Mountain Cookies factory to be greeted by the infectious smile of owner Nolen Oayda and the aroma of fresh-baked cookies. The factory is a window into the growing company’s production and fills local kids with anticipation come school holidays.

A trip into Jindabyne wouldn’t be complete without a quick stop into the Banjo Paterson Inn for a schooner (or two, if you’re not driving) of Kosciuszko Pale Ale. ‘Koszy’ as it’s affectionately known around these parts, is micro-brewed on site by Chuck Hahn, of the famous Hahn brewing name, and close friend and business partner Richard Burton.

The taps at the inn are fed directly from the stills below – on display through glass windows – with frothy pours ready for patrons to rehydrate. 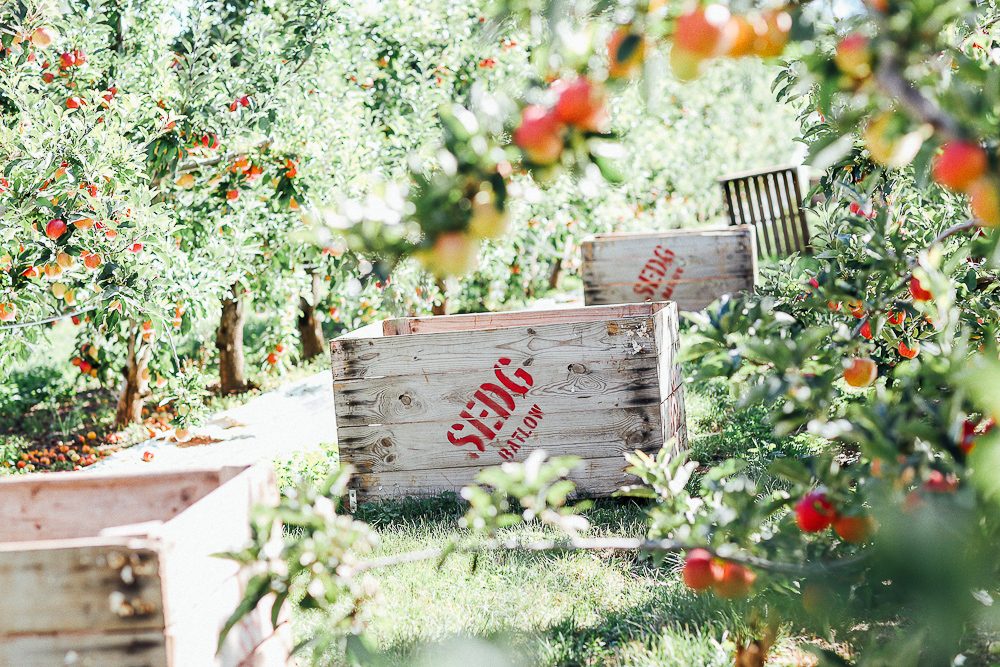 The Snowy Mountains Highway will lead you north out of town and towards the Yarrangobilly Caves. Much like the trek into Jindabyne, the scenery that accompanies you on your journey north is worth taking a little extra time to savour.

The five hauntingly beautiful caves that make up the Yarrangobilly network are getting a little long in the tooth – 440-million years long. The limestone caverns are decorated with stalagmites and stalactites and can be explored on a daily tour.

You should also take yourself on a self-guided tour of the river walk to experience the thermal pool, which is naturally warmed to a balmy 27°C from an underground hot spring. Stroll along the tranquil riverbank before taking in the gaping South Glory cave – the largest of the five.

As you drive out of Yarrangobilly Caves Road and back onto Snowy Mountains Highway, make a detour onto Long Plain Road a few hundred metres north on your right-hand side – this dusty track leads into wild Brumby territory, so drive with caution and keep an eye out for piles of manure as you creep along hoping to glimpse the majestic creatures.

The Swiss-like countryside greets you as you make your way towards Tumut, taking in the grand rivers and sweeping bends. Fond memories linger of the past few days, and you’ll realise that the Snowy Mountains, without snow, are truly captivating. 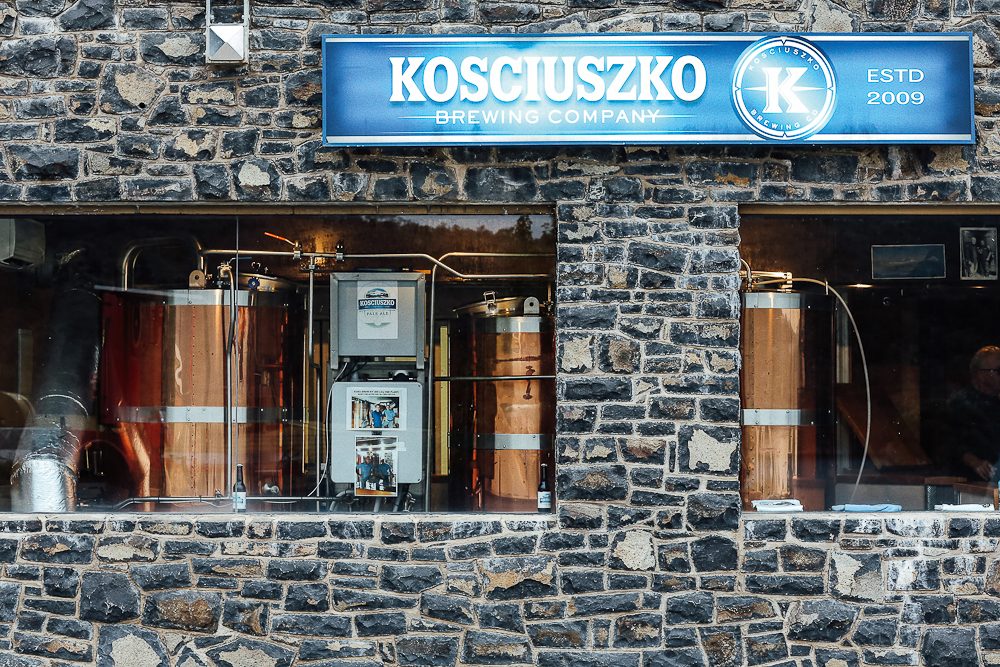 Get there: Rex and Qantas fly to Wagga Wagga daily. Avis, Budget and Country Car Hire are available at the airport; you’ll need at least five days to take in the same path, but a few extra days will allow for time to savour it all.

Stay there: You’ll find a range of deals at visitnsw.com and links to accommodation. Rates range from $195–$350 per night for the Lake Hut and $295–$495 per night for the River Hut at Moonbah Huts depending on the season and the number of guests. Creel Lodge in Jindabyne and Yarrangobilly Caves House are two other great options, which are available to book through nationalparks.nsw.gov.au with prices on application.

Play there: The snow season ends around September, but has been know to filter into October on rare occasions – the picking seasons operate December through until May. Mouat Farm and Wilgro Orchards are great places to stop and fill your basket with goodies. 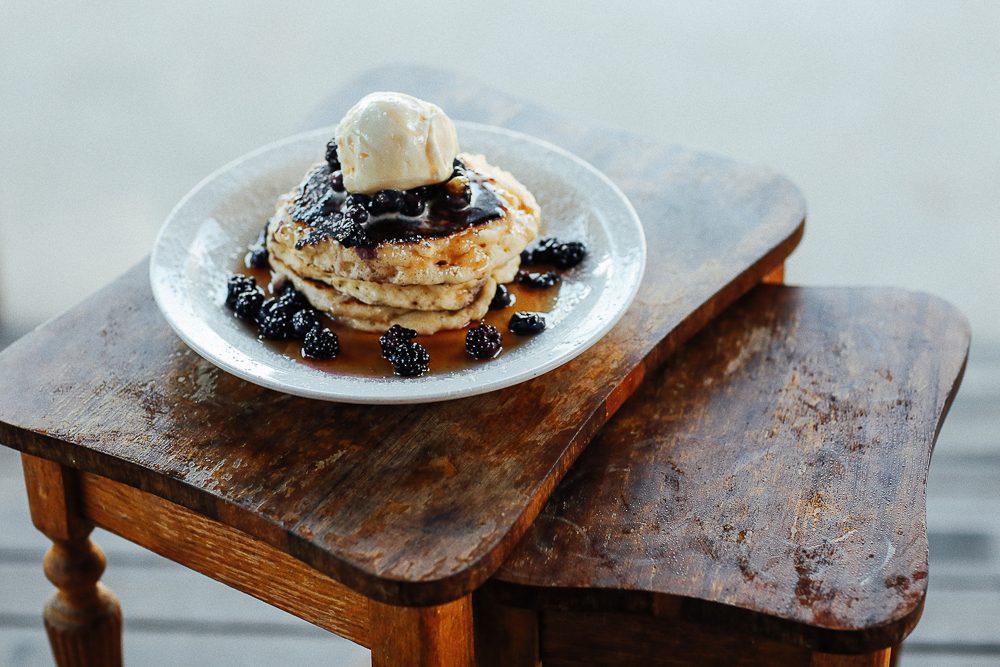 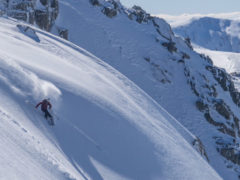 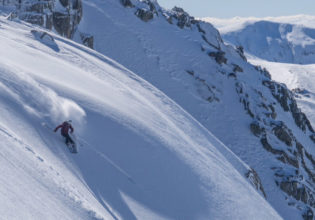 Who says skiiers and snowboards need to stay between the lines?   When it comes to skiing these days, everyone seems to be heading for the hi... 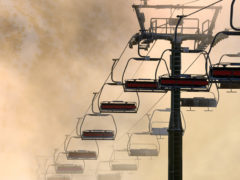 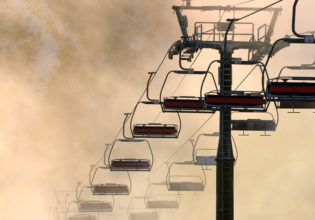 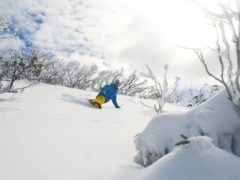 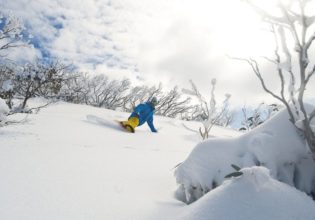 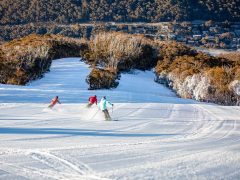 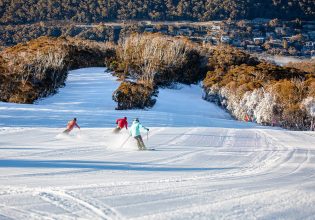 What Thredbo lacks in size (480 hectares compared with Perisher’s 1245 hectares), it makes up for in vertical with Australia’s longest trail at fi... 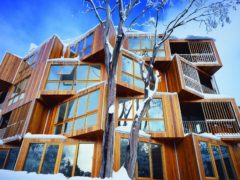 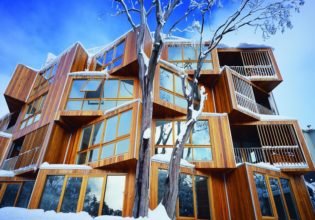