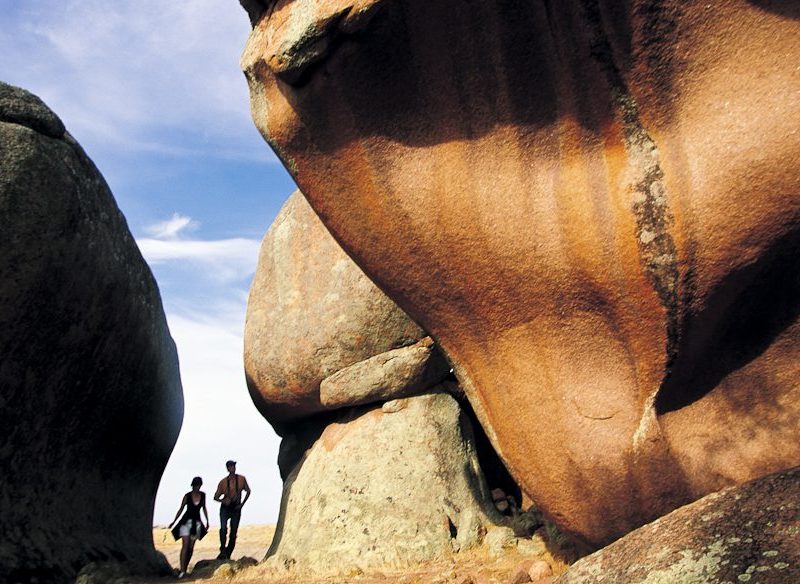 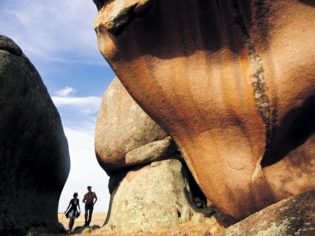 Near Streaky Bay, 700km northwest of Adelaide, a group of rock stars take centre stage in the middle of a wheat field.

Murphy’s Haystacks are ancient wind-worn pink granite boulders that formed 1500 million years ago. Around 40km south of the popular fishing and tourist town of Streaky Bay on SA’s Eyre Peninsular, they stand like a crooked set of giant’s molars on a hilltop just 2km off the Flinders Hwy. 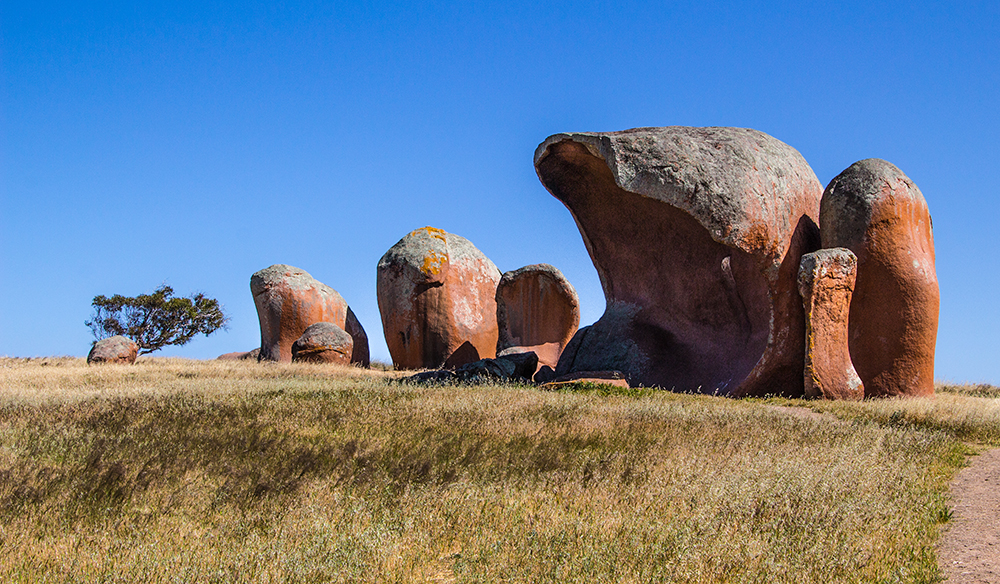 Murphy’s haystacks in all their glory

Folklore has them named after a Scottish agricultural expert who spotted the crop of remarkable rocks from the local mail coach. The Scotsman obviously had a fertile imagination. “That man must harrow,” he commented to his fellow travellers. “Look at all the hay he has saved.”

The owner of the land was Denis Murphy, and faster than you could shout “mine’s a Guinness!” the Murphy’s Haystacks nickname had stuck. Of course they’ve nothing to do with haymaking and are in fact great examples of weathered granite inselberg formations (German for “island-mountain”). They’re part of a larger mass called the Hiltaba Granite, named for the Hiltaba Station in the southwest Gawler Ranges, under which much of the mass lies.

The granite was originally hidden deep in the Earth’s crust, probably some 7-10 km below the surface, but over eons the overlying rocks have worn to be transported and deposited on the surrounding continental shelf and inland basins. 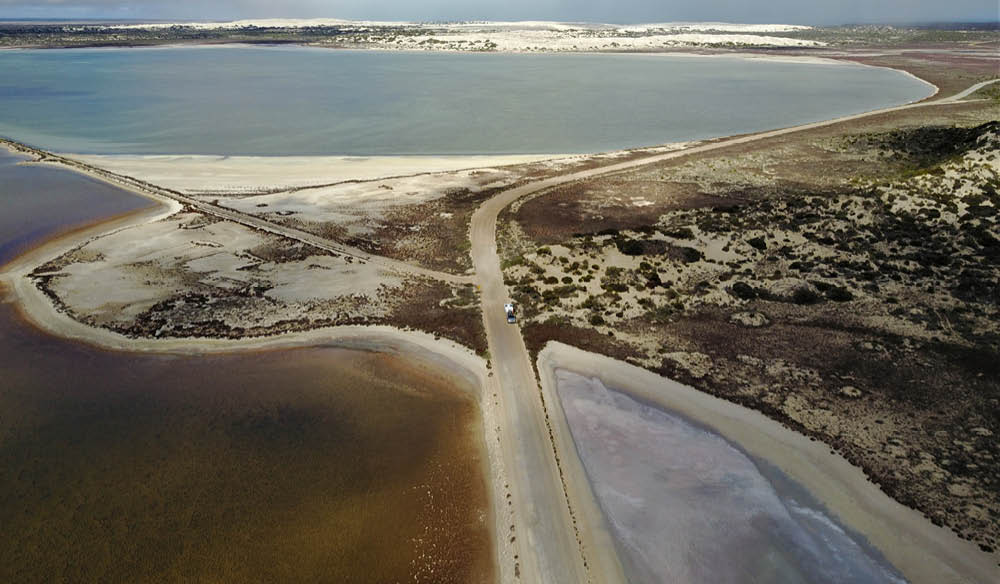 Next time you’re crossing the Nullabor, think about a detour

The granite hills of the district, including the haystacks, were buried by calcareous dune sand about 30,000 years ago. Gradual weathering has shaped the granite to reveal the weird and wonky pillars and boulders we see today.

So, if you’re crossing the Nullarbor or visiting the Eyre Peninsular, hop off the highway, skip down a side street and jump around among an ancient rock garden as old as time itself.

French Impressionist painter Claude Monet had a thing for haystacks. Haystacks, Midday 1890 is part of the collection held by the National Gallery of Australia in Canberra. 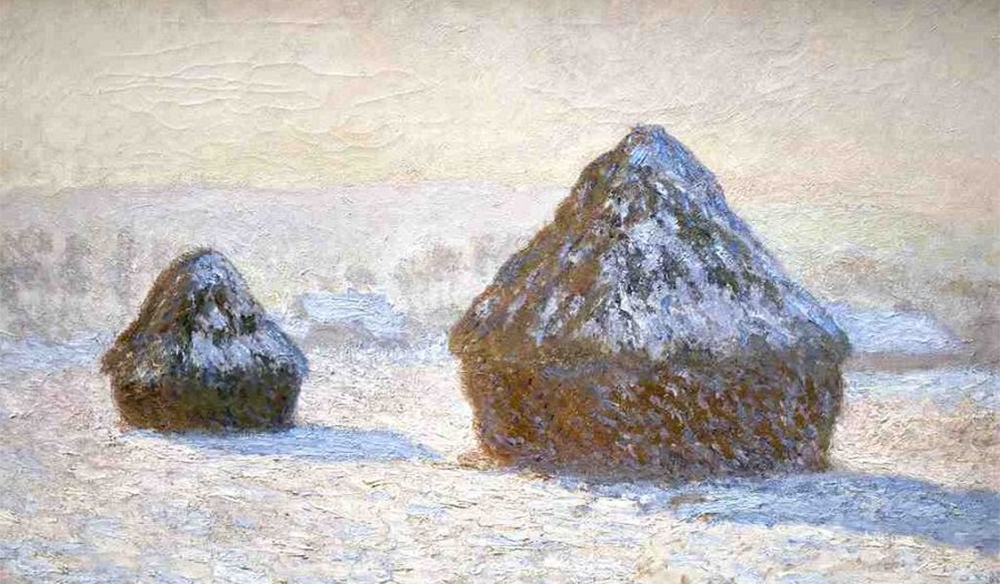 The name Murphy is a modern form of the ancient Irish name O’ Murchadha, which means “descendant of sea warrior” in Gaelic
And did you also know: The popular TV series MythBusters attempted to find “a needle in a haystack” by means of fire, water and a magnet (they managed it, but it was unbelievably difficult).