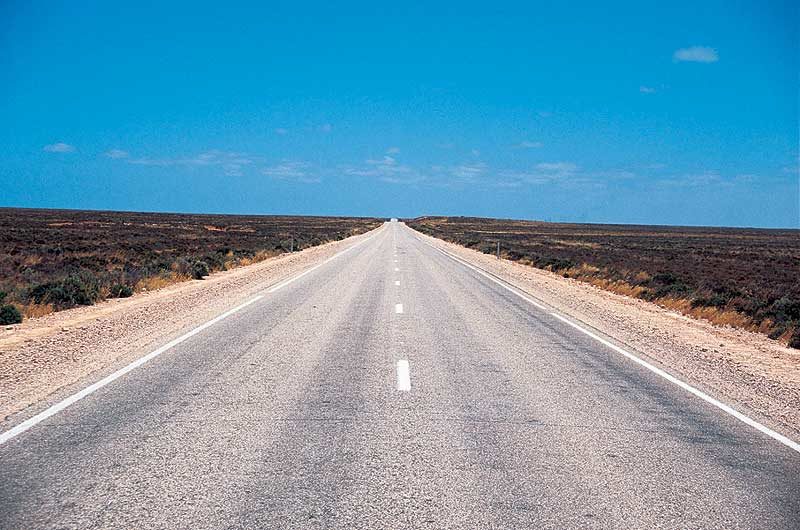 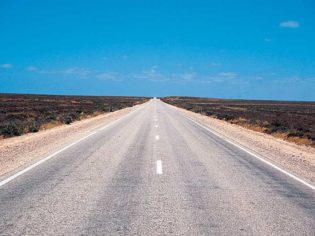 Australian Traveller drives the Nullarbor Crossing on one of Australia’s greatest outback journeys.

Crossing the Nullarbor Plain is one of the foremost outback travelling accomplishments for Australians and overseas visitors alike. It’s said that until you’ve spent the time making your way across this endless, mostly treeless, plain you’ve not fully experienced the true loneliness – and freedom – that Australia can provide. It’s been driven, walked, cycled, trained and even skateboarded, and has come to represent everything that is vast and intensely featureless about much of the Australian Outback.

How long does it take to cross the Nullarbor?

The Nullarbor can be done fast or slow, and in fact sometimes it’s difficult to tell which is which; time has a way of telescoping on this famously arid drive. Foot to the floor, it can be done in less than 24 hours – but that’s foolhardy in the extreme. Allowing yourself anywhere from five to ten days is best for really embracing the wide expanse, occasional low spinifex and straight, straight bitumen.

It’s easy to imagine the Nullarbor as it must have been millions of years ago when it was thought to be a vast seabed. The Plain itself covers around 200,000km2, and is gutted east to west by the ramrod straight Eyre Highway, which begins at the WA end at Norseman and terminates almost 1700km later in SA’s Port Augusta.

What road trip highlights will I find?

In between, you’ll find only a few things to disrupt your train of thought as you drive. These include: the world’s longest straight bit of road (the 90 Mile Straight, 146.6km between Caiguna and Balladonia); giant semitrailers intent on sweeping you into the roadside gravel if you’re not careful; hundreds of feral camels (of which a handful are almost certain to stray out of the darkness into your path); ditto Big Red ’roos; a roadhouse or two; tourists (probably German) on bikes; and dozens of shimmering mirages as you slowly succumb to white-line fever.

The spectacular cliffs of the Great Australian Bight, some of the longest in the world, can be viewed from several different Marine Park lookouts and provide some important relief from the mesmerising uniformity. As do the plethora of underground cave systems, such as Cocklebiddy, one of the longest underwater caves in the world. Be sure to check out the museum at Balladonia for more info on these fascinating – and tremendously fragile – environments running beneath the Nullarbor’s extensive limestone surface.

Are there towns along the Nullarbor Plain?

The various towns dotted along the Nullarbor Plain range from Eucla at their largest (near the SA/WA border, with its much-photographed Old Telegraph Station being gradually reclaimed by sand dunes), to Ceduna, the last major town if crossing east to west, to Balladonia, Caiguna, Madura, Mundrabilla and Penong – which are essentially roadhouses with the odd hotel/motel and caravan park thrown in. Balladonia became briefly famous in 1979 when chunks of Skylab crashed to Earth nearby, Caiguna has its own landing strip, Madura is focused mainly on sheep farming, Mundrabilla is famous for large meteorites fragments discovered in the area, and Penong is known for its abundance of windmills. So don’t let anyone tell you there’s nothing to do out there. 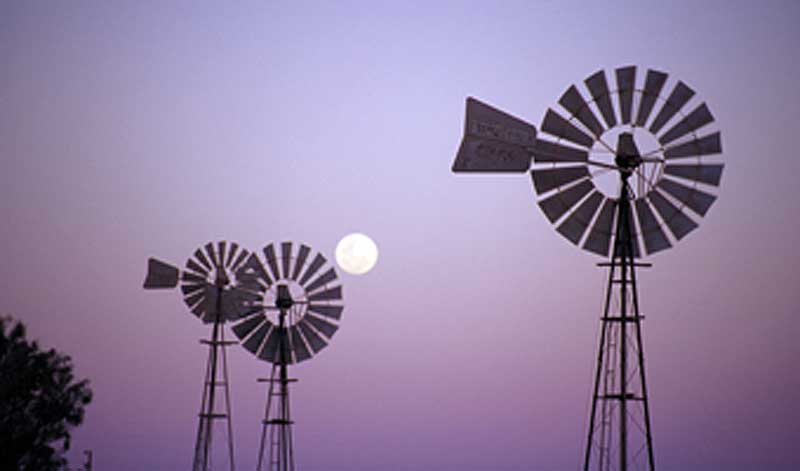 The many windmills of Penong. – WA Tourism

At the WA end of your Nullarbor odyssey, you can elect to veer south and wind your way through Esperance and Margaret River – but to do so would be to abandon the Outback flavour of your journey. Instead, head north from Norseman along Route 94 for Kalgoorlie and the Golden Mile. And remember, if you’re travelling west to east from Perth across the Nullarbor (especially if you’re on the great Indian Pacific train journey), Kalgoorlie represents the last major town for many hundreds of kilometres. So be sure to stock up on water, snacks and plenty of in-car games. 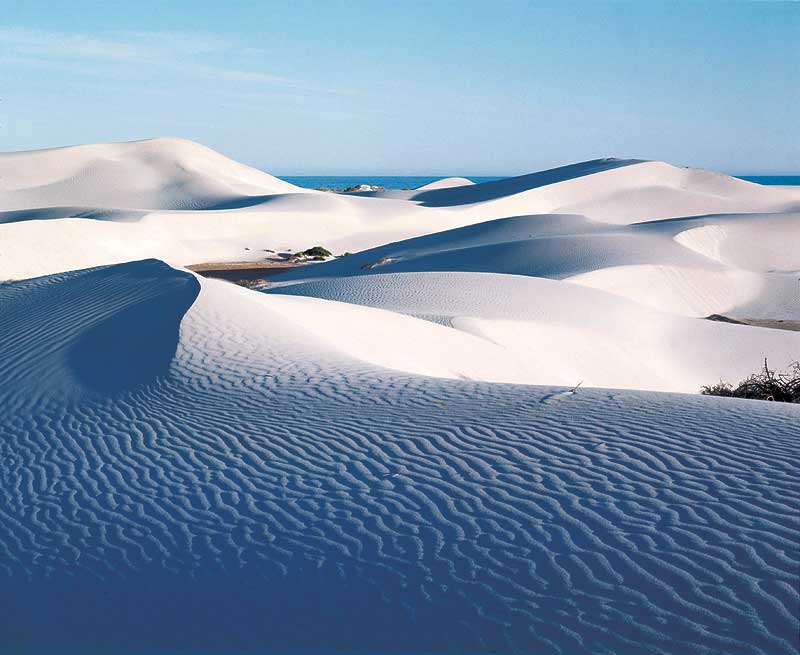 What should I know before I go?

In 1841, Edward John Eyre became the first European to cross the Nullarbor Plain in its entirety.

Possibly the most photographed road signs in Australia, warning you to watch out for camels, wombats and kangaroos. You know the ones.

From Port Augusta to Kalgoorlie via the Nullarbor Plain is around 1850km. Drivable in a couple of days, but allow between five and ten to explore all the sidetracks.

1. Don’t blink as you’re passing through most of the stops along the Nullarbor, which on your map may look like major towns, but are actually little more than roadhouses.

2. Don’t, for heaven’s sake, do that thing where you lie on the road listening for the vibrations of distant cars.

3. Be mindful of speed limits as it’s easy to lose track. For stark reminders, look out for short coloured poles on the verges. Red poles mark where an injury occurred; black poles, a fatality.

4. Don’t ever, ever go below about a third of a tank of petrol. The distance between roadhouses is often hundreds of kilometres, so if in doubt, fill ’er up, and consider carrying a jerry can.

5. Keep an eye out for Royal Flying Doctor Service airplanes, which sometimes use sections of the highway for take-offs and landings.

No roughing it here – the Nullarbor Plain can be (and has been) conquered by cars, bikes, solar-powered vehicles, skateboards and even on foot. Sweet bitumen all the way.

The town of Norseman on the western end of the Nullarbor crossing is named after a horse – now commemorated by a well-known statue – which supposedly uncovered a large nugget that led to a major gold find.

Visit www.southaustralia.com and www.westernaustralia.com for more maps and itineraries for the Nullarbor Crossing.

What are the must-see sights worthy of a detour?

The longest water-filled cave in the world is around 30min northwest of Cocklebiddy Roadhouse in WA, which is 83km west of Madura and 64km east of Caiguna.

Between Border Village and the town of Nullarbor itself there are six terrific lookouts for viewing the famous Bunda Cliffs at the Head of the Bight. May-Oct is great for whale spotting.

For hardcore twitchers, this not-for-profit sanctuary is around 50km southeast of Cocklebiddy. 4WD required.

Just east of Balladonia, an Afghan camel driver was supposedly shot and killed here for bathing his feet in a freshwater dam.

There are three just north of Nullarbor Roadhouse, the first of which is dull. But the second and third have fascinating Aboriginal handprints and paintings. 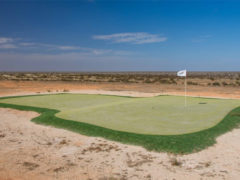 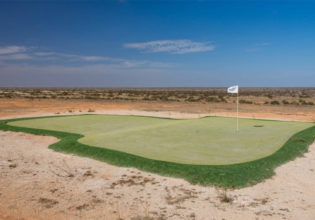 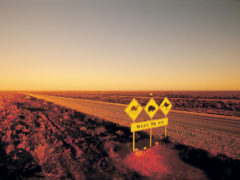 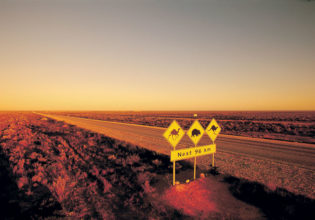 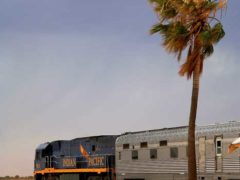 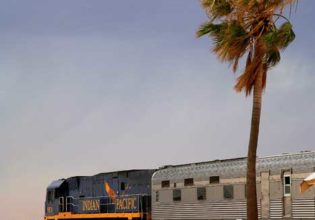