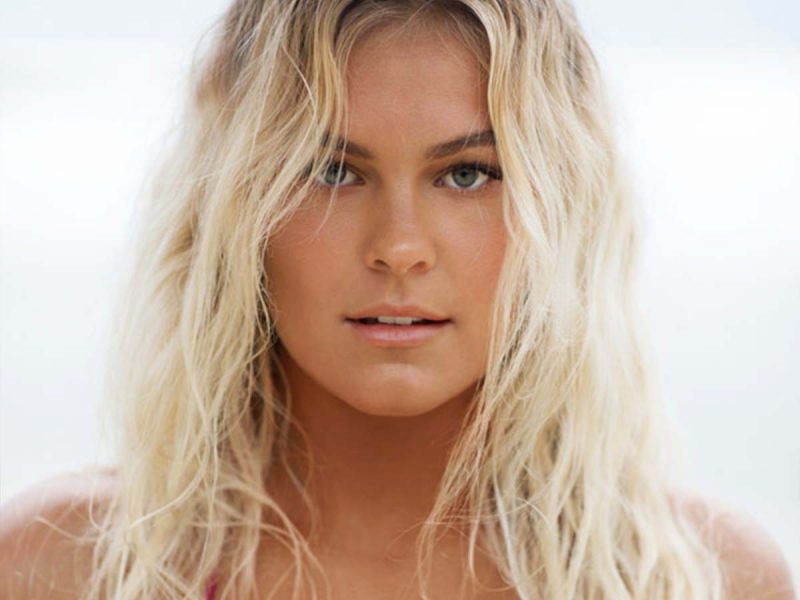 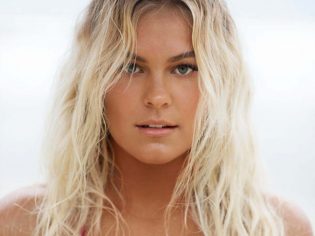 How did you get into surfing?

I was a beach baby and Dad got me into surfing at the age of about six. I have two younger brothers, and Dad wanted them to surf and I looked at him pushing them onto waves and thought, ‘I want to do that’. So I grabbed a bodyboard and he looked down the beach and saw me standing up on a bodyboard and thought, ‘Oh I better teach her, too’. I was instantly obsessed and wanted a wetsuit. He said, ‘You can’t have a wetsuit until you surf every day before school for a week.’ So I did. And I fell even more in love with the ocean. 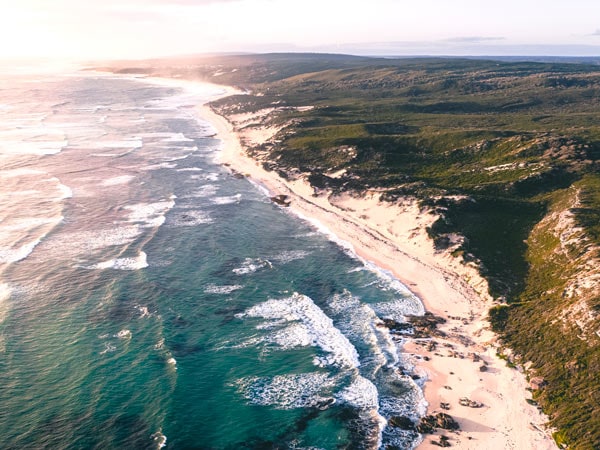 “Mum and Dad gave us a great appreciation of all the wild places around WA.” (Image: Tourism Western Australia)

What do you love about WA?

It’s a different kind of beautiful. It’s rugged. It’s wild. Mum and Dad gave us a great appreciation of all the wild places around WA. I lived on the East Coast for a while, in Sydney and Burleigh Heads. But WA is home. Being a surfer, I have such a great relationship to the coastline in WA. From the pure white sands of Esperance to the red-soil rugged country of Australia’s North West where the desert meets the ocean. The contrast between the pindan soils and the blue of the ocean and sky is incredible. 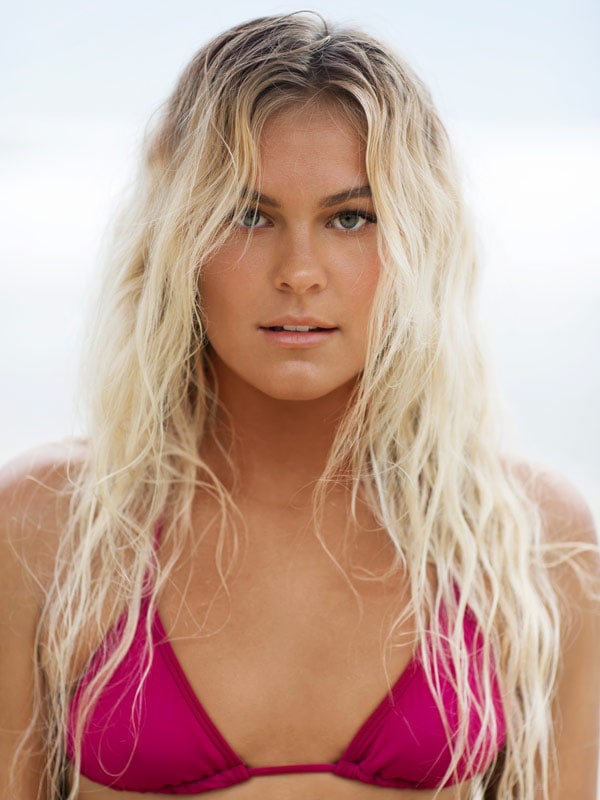 “The coastline and landscape have definitely shaped me. I’m a bit rugged, a bit wild and a bit raw. What you see is what you get.” (Image: Jennifer Stenglein)

How did your childhood in WA shape you?

Everyone is a product of their environment. The coastline and landscape have definitely shaped me. I’m a bit rugged, a bit wild and a bit raw. What you see is what you get. There is a different energy here and a lot of it has to do with the people.

What can audiences expect from the soon-to-be-released documentary, Dancing on Water, made about the bond you and your dad share?

We have been through a lot as a family in recent years. I lost my mum last year, and my dad was recently diagnosed with leukaemia and the two of us use the ocean as our therapy. My partner and I are building a place in Margaret River but I’m currently living in Perth to be near to Dad. I have so many good memories of Dad and I driving down to Margaret River in his old blue Land Rover Defender while he was blasting Rage Against the Machine, AC/DC, Audioslave. 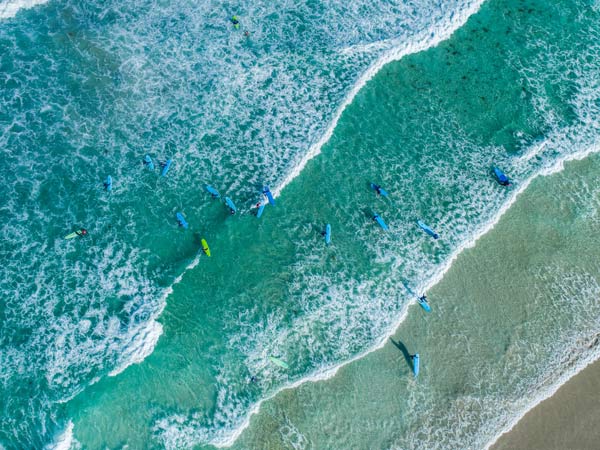 I learned to surf in Margaret River and I feel like it’s home because I know everyone. (Image: Tourism Western Australia)

You travel to exotic surf destinations all around the world, but what keeps you tied to Margaret River?

Part of it has to do with how pristine and diverse it is. But it’s also the community. I learned to surf in Margaret River and I feel like it’s home because I know everyone. There are like-minded people, amazing surf breaks, incredible produce and great wineries.

You have a weekend off, where do you go?

I would go to Rotto. It’s just a 20-minute ferry ride away and it’s stunning. Esperance is also beautiful. 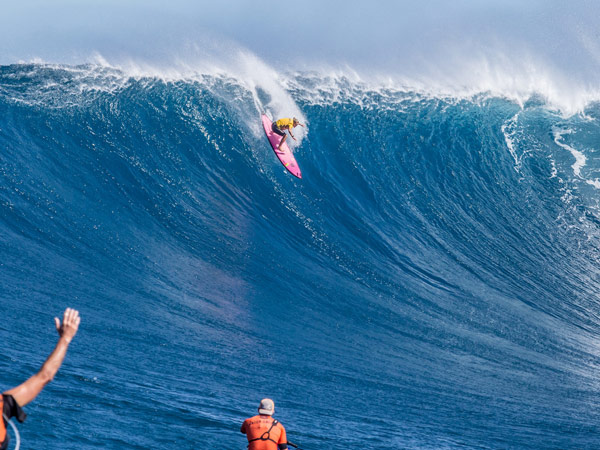 “That once-in-a-decade swell saw me go from competing as a shortboard surfer to becoming a big-wave surfer.” (Image: Richard Hallman)

You recently broke the record for the biggest wave surfed by an Australian female. How stoked were you?

The person who held that record previously was Layne Beachley and Layne was my idol. The wave was 25 feet, the equivalent of a three- or four-storey building. That once-in-a-decade swell saw me go from competing as a shortboard surfer to becoming a big-wave surfer. Footage of me surfing those waves went around the world. The Margaret River coastline is renowned for having powerful surf. We get bigger swells in the Indian Ocean so it’s the perfect training ground for me.

What inspires your art?

The ocean inspires my art. My dad is a ceramicist and I dabble in watercolours and inks and even audio-visual art. The ocean is at the heart of everything I do.