A neighbourhood guide to Leederville, WA 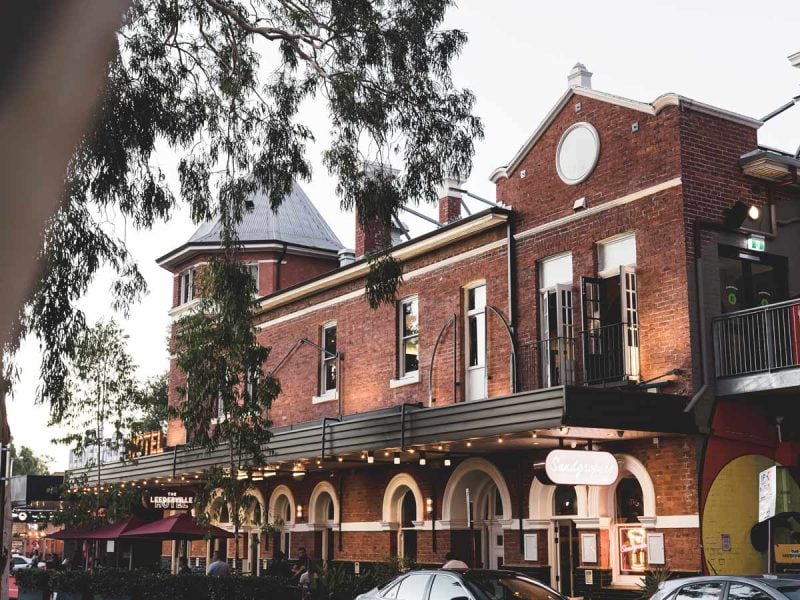 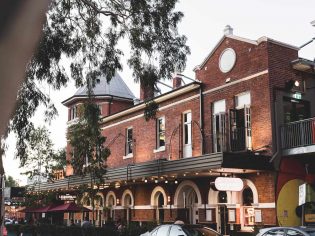 Once a teenage nightlife hotspot, then a hipster posing zone, Leederville has now settled into its skin as an affable urban village.

Running your eyes along Leederville’s bubbly cafe strip gives little indication of the layers of history beneath the market umbrellas and al fresco seating.

Under all that is a history of wetlands and waterbirds covering a tribal landscape known as Boorloo. It was a bountiful hunting, fishing and gathering ground for the Noongar people, who used nearby Galup (Lake Monger) as a camping ground.

Things inevitably changed after European settlement in 1829 when William Leeder and John Monger took over much of the land.

The Leeder Hotel opened its doors in 1838, perhaps setting the scene for the suburb’s sociable future. As the population grew, so did the need for food. Enter Chinese market gardens, pegged out on the wetlands and lining Oxford Street where, today, restaurants, cafes and ice-cream shops meet similar needs.

Fast forward to the 1980s and Leederville, located in the city of Vincent, three kilometres outside of Perth, had become a shopping hotspot with rising house prices and, by the 1990s, the cafe strip was bustling.

In the 2000s, it morphed into a writhing mess of teens and 20-somethings partying the night away. When that hedonistic bubble burst, hipsters filled the space, poking horn-rimmed glasses and manicured moustaches into increasingly sophisticated cafes.

The last few years seems to have humbled them; now Leederville’s demographic is a visible mix of trendy couples, casual-chic families and relaxed mid-lifers. In the 1980s Leederville became a shopping hotspot.

Where to eat & drink

With Bali closed to Perth, locals were thrilled when one of the holiday island’s most celebrated chef-restaurateurs set up shop in Leederville in 2021. Will St.’s salmon-pink walls and eucalyptus green bar evoke the Kimberley, while its statement wildflower hangings call to the state’s Mid West, but its food and open-kitchen energy is decidedly mod-Asian. That said, native Australian flavours make their way in: pepperberry leaf enhances both a sticky-crisp short rib dish and the house must-have, smoked eel wrapped in betel leaf. 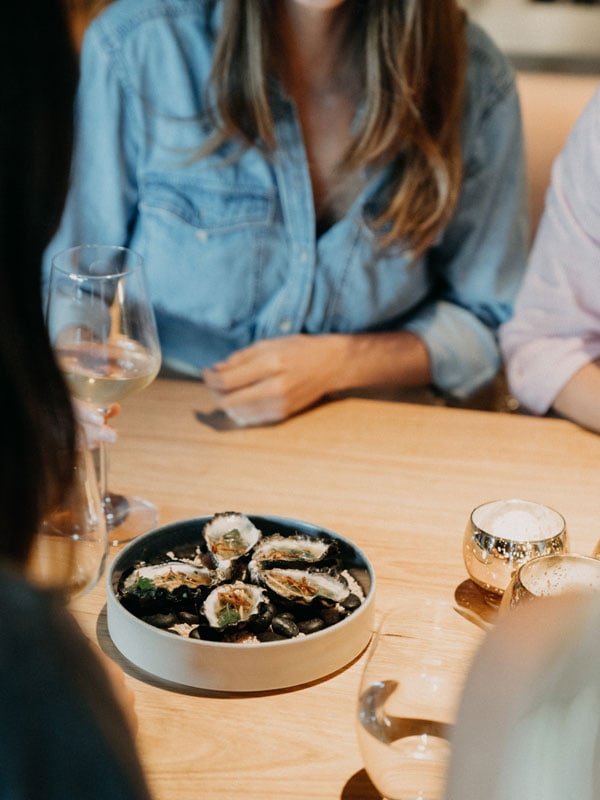 Pronounced ‘neighbour and four’ this neat-at-the- front, party-out-the-back venue came on the scene in summer 2022. It’s a two-for-one deal; start in the rear laneway courtyard, where an upbeat vibe pervades pastel-hued school chairs edging squat bar tables. Look up and spot the television antennae adorned with mini disco balls. Then continue to the brooding black-clad interior, where curious bites such as ‘cheeky pig on toast’ and ‘dog sauce’ with beans (tastes better than it sounds) are served with natural wines and bespoke cocktails. This neat-at-the-front, party-out-the-back venue came on the scene in summer 2022.

The heady fragrance of Vietnamese street cookery plunges into willing nostrils the moment you arrive at this 2022 restaurant opening. Former MasterChef star, the bubbly Jenny Lam, has put her mother in the kitchen and the family’s cultural heritage on the menu. It’s a hop, skip and a jump away from Lam’s hole-in-the-wall cafe, Bunn Mee, where lunch-goers queue for crusty rolls and steaming bowls of broth. Spotted from anywhere in the neighbourhood thanks to a sparkly star crowning its corner tower, the Federation-style Leederville Hotel has had more costume changes than Madonna. Its most recent – and, we’d argue, best – makeover was in 2021, transforming the interiors into several hip new zones. The Federation-style Leederville Hotel has had more costume changes than Madonna. (Image: Shot by Thom)

Hidden out back is Servo, where glass and terrazzo meet whipped cod roe sprinkled with finger lime, and peri peri cauliflower. It lines Electric Lane, so named because the hotel was the first business to score electric lights in 1905. 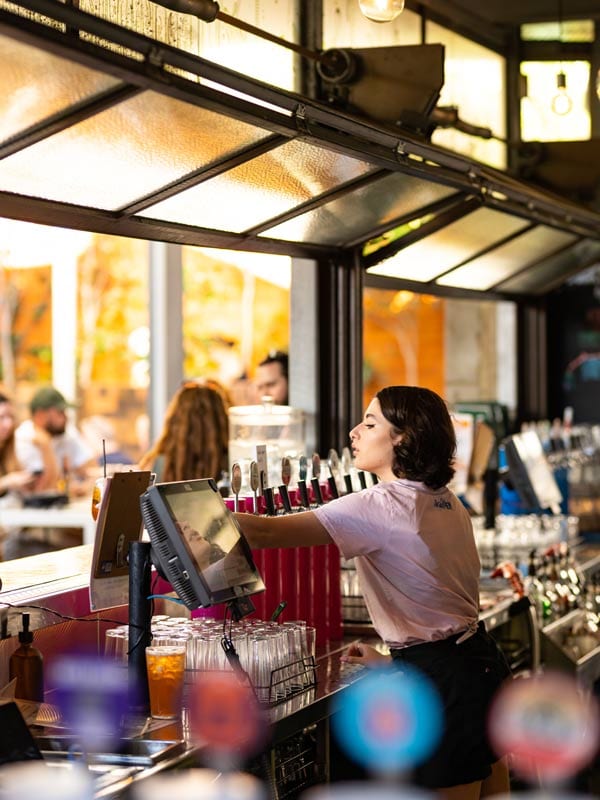 Street side, a pocket bar pours a revolving line-up of small-batch WA beers. It’s called Sandgropers, after a native dune-loving insect and the nickname for West Australians. In the middle is a convivial umbrella-dotted yard bar with a ping-pong table and garage cubby house.

There should be a warning sign above the doorway at this bijou women’s shoe, bag and jewellery boutique. The owner does indeed hunt for her coveted selection of leather and gems – we dare you to leave without a purchase. Pause at the travel-friendly Rollie shoe shelf before the glint of bold, boss-lady earrings by local designers Mountain and Moon catches your eye. Fawn over leather wallets by Status Anxiety and bags by Kompanero before turning to Ivylee cowboy boots. 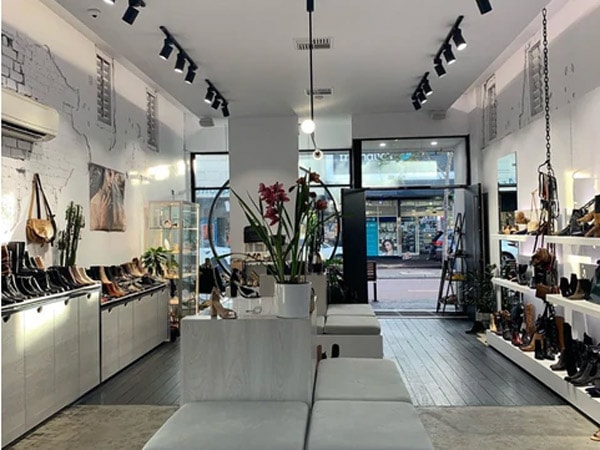 The owner does indeed hunt for her coveted selection of leather and gems.

You need to step into this glittering, 117-year-old corner store if you like to buy treats while on holiday, are into retail therapy or simply appreciate artisanal finery. Local craftsman, Rohan Milne moved in and opened his studio in 2021. He’s a devotee of traditional, made-by-hand techniques – his abilities were recognised when he was training under a master in Rome and was asked to craft cufflinks for Pope John Paul II. The designs you’ll gaze upon are all originals. Beware the temptation. 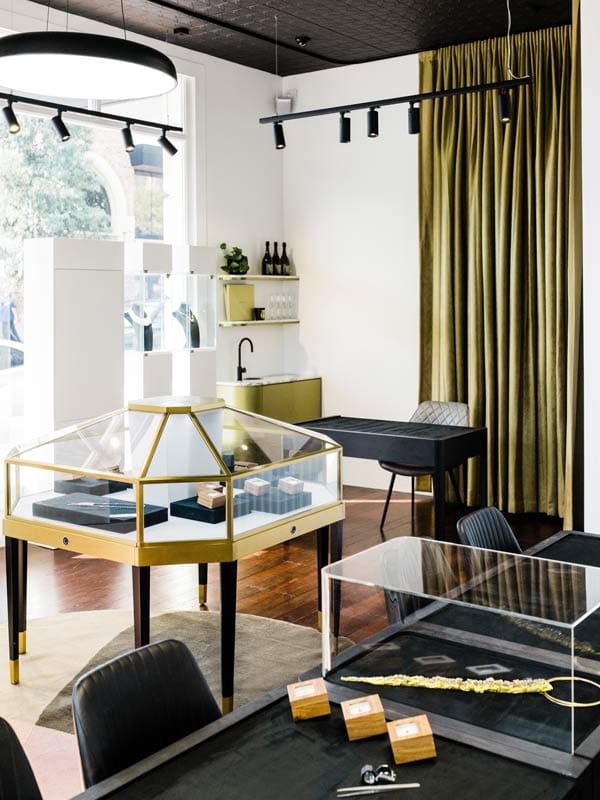 Few visitors make it beyond Leederville’s colourful cafe strip, and it’s their loss. Stretch your pins because a few blocks north lies one of its oldest family-run shops. The Re Store is an Italian delicatessen where women wearing red polos and black aprons shave paper-thin smallgoods onto waxed paper. It’s famous for its ‘conti’ or continental creation, which is essentially an excuse to jam every kind of cured meat into one crusty roll.