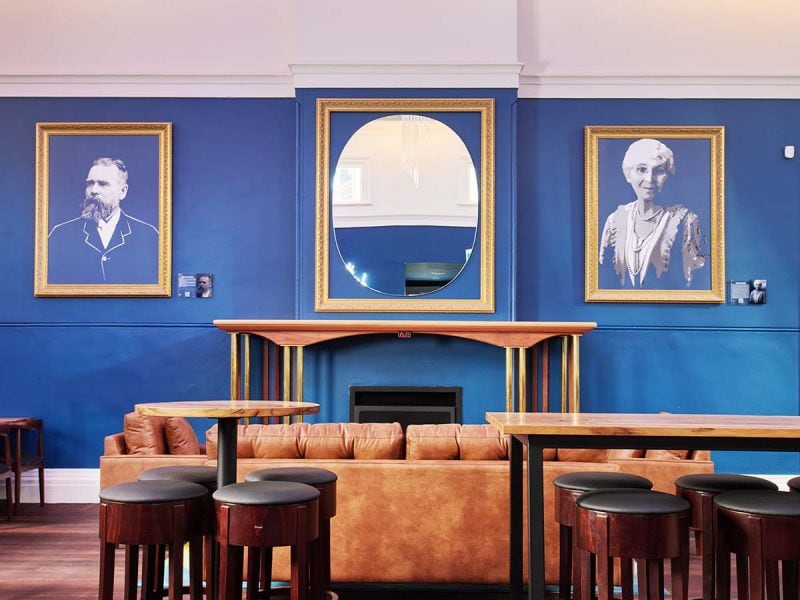 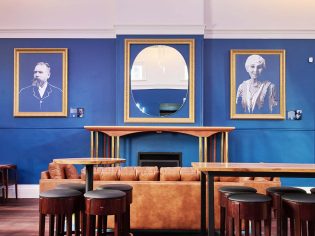 The port city of Fremantle attracts those who crave expression, peace and a fine place to wet their whistle. Here, find the city’s hidden hotspots.

“That’s the wrong door,” someone giggles as a group of strangers push through a set of library shelves ahead of us. My friend Sally and I find ourselves laughing, too, as we follow them beyond the foyer walls. On the other side, black-and-white-clad bartenders sing and shimmy to Runaround Sue as they shake and stir flamboyant cocktails for canoodling couples. 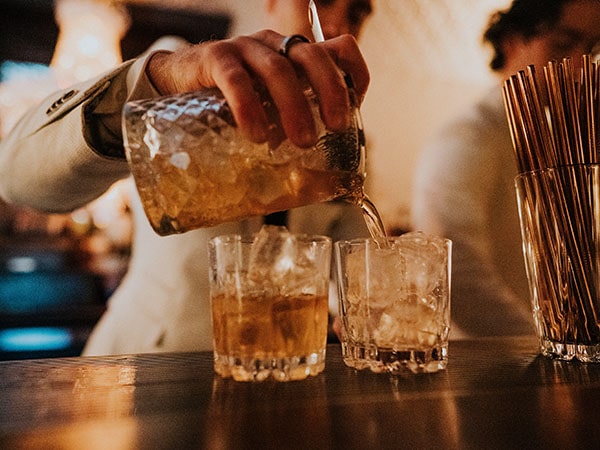 L’Chaim is hidden in the basement of Fremantle’s Old Synagogue.

I ask the bartender, Dylan, to make me “something artistic to watch” and he obliges. After witnessing careful measuring, pouring, heating and dancing flames, he produces my bespoke cocktail, which he describes as “a cross between a hot buttered rum and a blazer”. The warm, thick, boozy liquid tastes like spiced butterscotch – perfect for the waterfront city’s cooling autumn evenings. 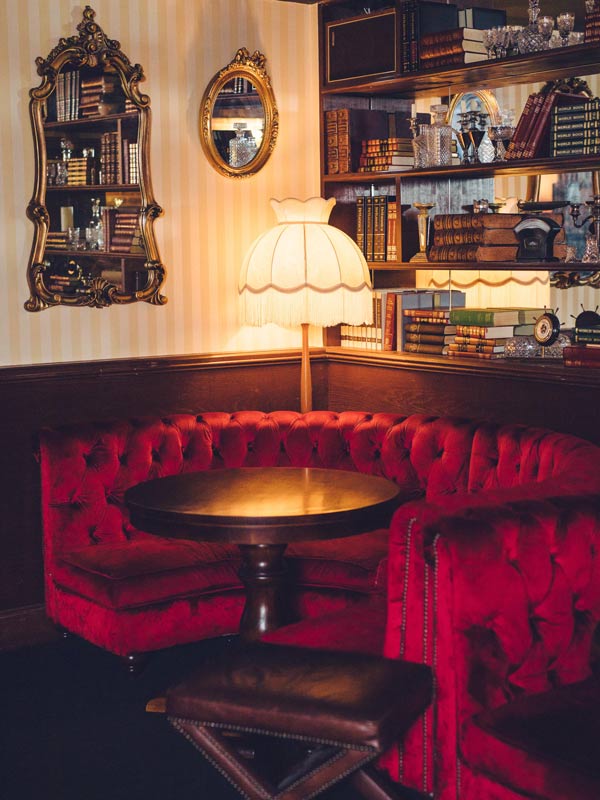 Sally and I are on a self-guided weekend bar tour, which began earlier in the evening at Fremantle’s newest restaurant and bar, The Old Courthouse, its name reflecting its lineage as the city’s courts and police station from 1899 to 2001. Today, the civil and criminal courts are restored to serve as spectacular dining rooms that welcome patrons who like rotisserie chicken with a side of convict history. The original magistrate’s bench and prisoner dock (which once housed hometown legend Bon Scott) take prime placing in each dining room. 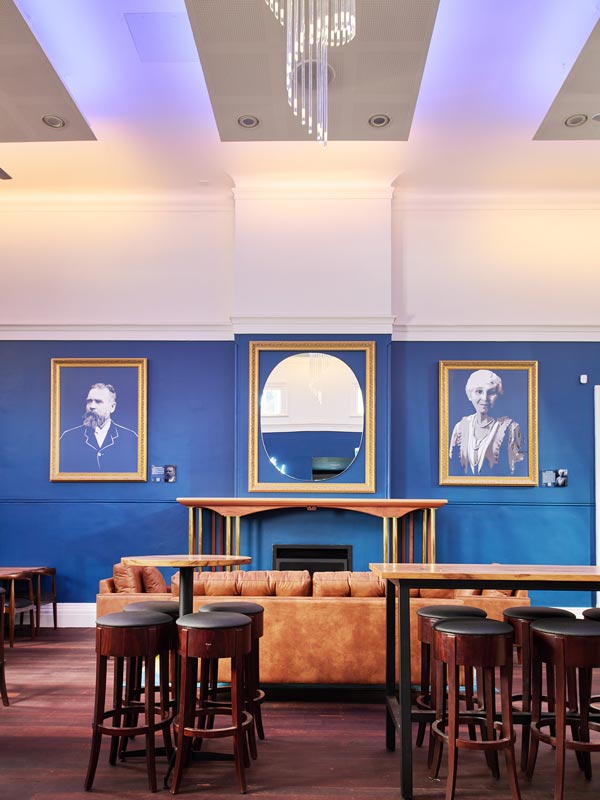 The Old Courthouse is another rescue of a derelict heritage building.

The Old Courthouse is another rescue of a derelict heritage building by Karl Bullers, managing director of The National Hotel and Rooftop Bar, the iconic local landmark that cost about $7 million to renovate.

“When I came to look at this building in 2012, it was a burnt-out wreck. There were no staircases, no floors,” says Bullers, “But we came up scaffolding onto this rooftop and I thought, ‘This is amazing, I really want to buy this now’. The view made me overlook the difficulties involved in bringing it to life.”

It’s the bird’s-eye views that draw a crowd to The National Hotel for gin cocktails and premium wines. Catch this place on a sunny, blue-sky day and you’ll think you’ve taken an elevator to heaven. At least that’s how Sally and I feel as we sip bright beverages in the open air of this (almost) hidden gem. 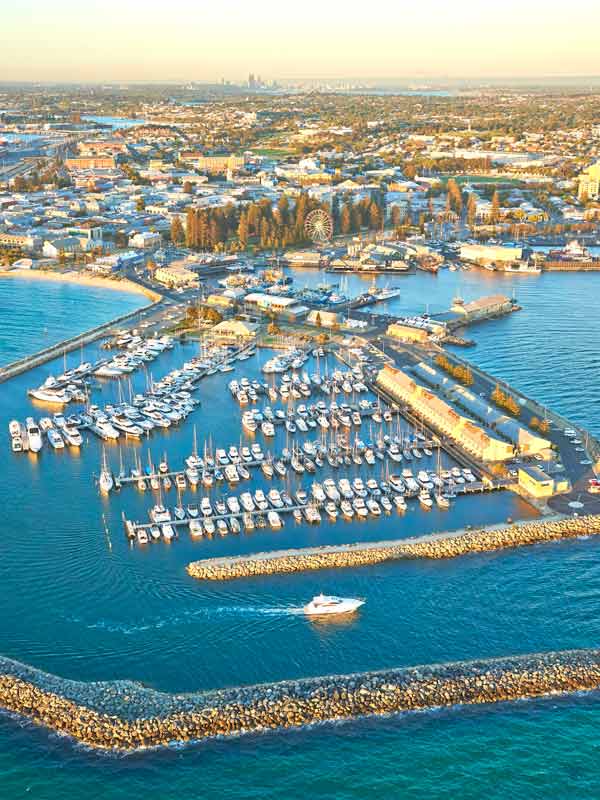 It’s the bird’s-eye views that draw a crowd to The National Hotel. (Image: Tourism Western Australia)

We trade pretty drinks and fresh air for the moody darkness of Darling Darling, a small bar with massive character. This ship-themed rum bar is well-hidden, save for a sandwich board on the footpath, so unless you’re privy, you may walk by and never be brave enough to duck through the leather-clad doorway. But fortune favours the brave as we saunter to the bar, peanut shells crunching underfoot, and order two Dark and Stormy (spiced rum and ginger beer) cocktails. We sit at the end of the bar looking for Captain Jack Sparrow and getting lost in the sea dog memorabilia as we make plans to return on a Sunday night when a local fiddler plays sea shanties. 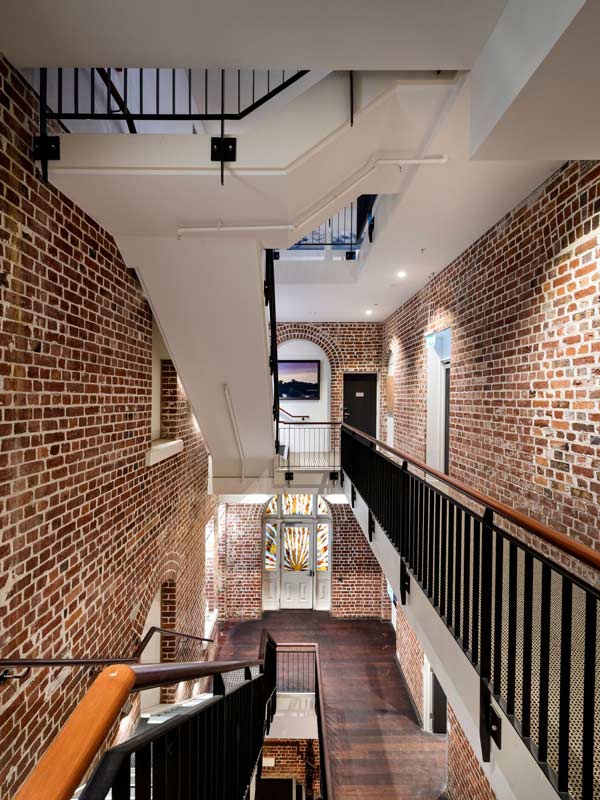 The National Hotel has been faithfully restored.

Ironically, I visit not one but two restaurants that feature share menus alone. The sky is weepy and grey the day I scurry down Norfolk Street in search of Nieuw Ruin. With no real signage, it’s possible to be none the wiser that an exquisite wine-centric bar hides behind the modest frontage of this restored cottage.

“There is no reason we don’t have a sign,” says Nieuw Ruin venue manager Maria Marter. “We just haven’t found the need as we’ve built up a great customer base via word of mouth.”

Once inside, it’s easy to see why: elegant decor, communal tables, wine bottles galore and welcoming staff. With more than 300 wines from around the globe on offer, I remain loyal to WA and order a glass of pinot noir from Margaret River.

Since I’m dining sans Sally, I forgo the share plates and decide on its signature dish, a gourmet flaky pie. For autumn, it’s cauliflower and cheddar served swimming in French onion gravy. Its rich, comforting flavours warm my belly and my soul. Chef Blaze Young creates a new pie as the seasons change, and it’s now my life’s mission to taste each one. 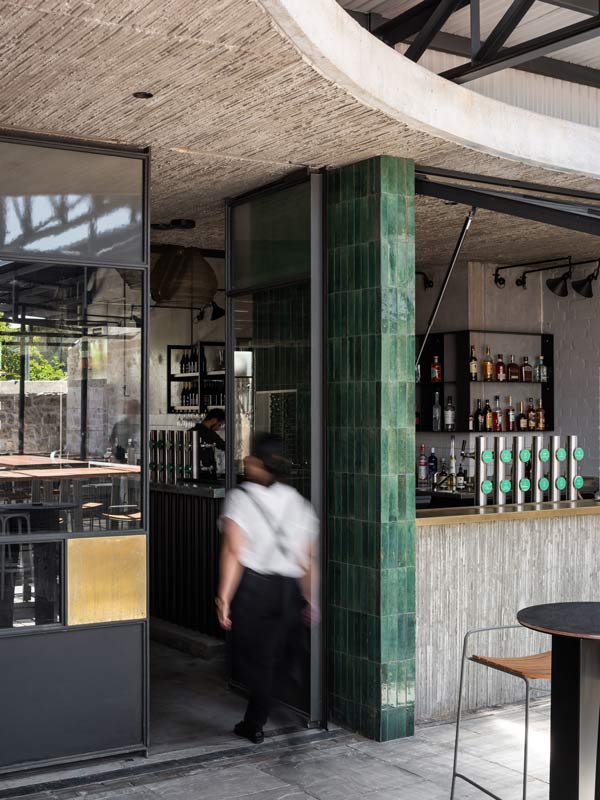 It’s Friday evening when I sample lobster-filled dumplings and crispy spring rolls at Emily Taylor. This buzzy bar and kitchen, part of the Warders Hotel, honours its two-fold namesake: a sailing ship named after the wife of the builder who transported spices between South-East Asia and Fremantle at a time when Aussie food was known to be rather bland.

But nothing about Emily Taylor is dull. The share-plate menu is packed with bold spices and feisty flavours hiding inside dumplings and duck dishes. Once finished, I determine to return for the weekend Yum Cha Bottomless Brunch. With Sally, of course. 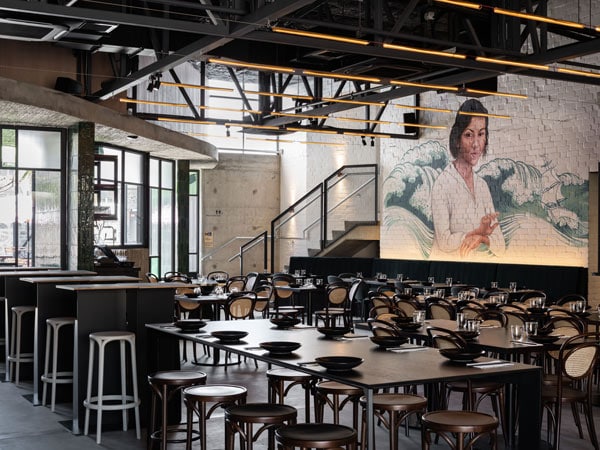 Emily Taylor is named after a ship from the 1800s.

This tucked-away gallery/cafe just off High Street is a gathering place for artists to create, collaborate and caffeinate in authentic surroundings.

Address: 5 Henry Street (down the alley).

From Fremantle’s best pizza to craft beer to bao buns and more, this collaboration of kitchens is off the beaten path, but worth the hike.

Head to this West End distillery for craft gin and vodka distilled on site, or to make your own at its Gin School. 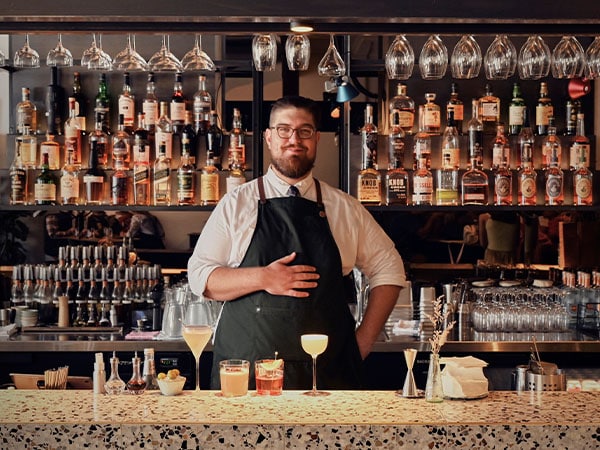 Republic of Fremantle is an urban distillery in the heart of the West End. (Image: Tourism Western Australia)

This tiny blue-panelled space, part of the Warders Hotel, does double duty as a cafe during the day and cosy candlelit bar at night. 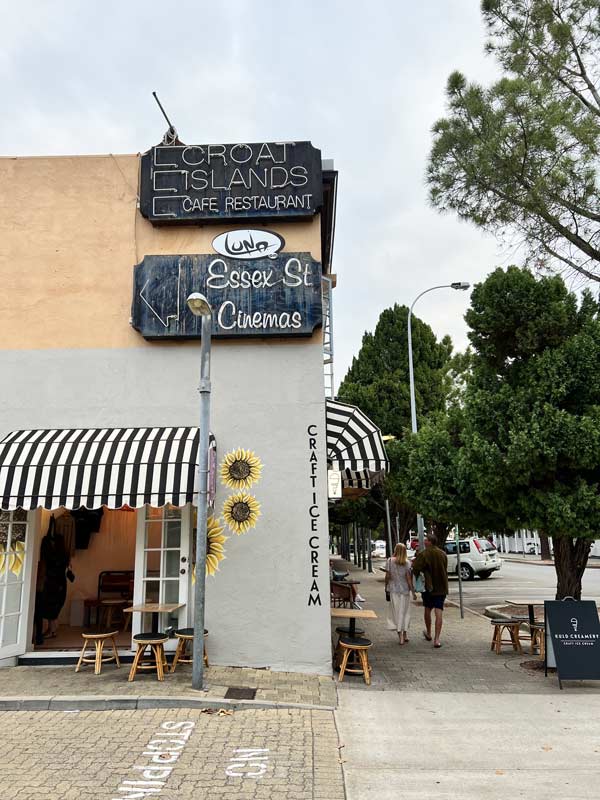 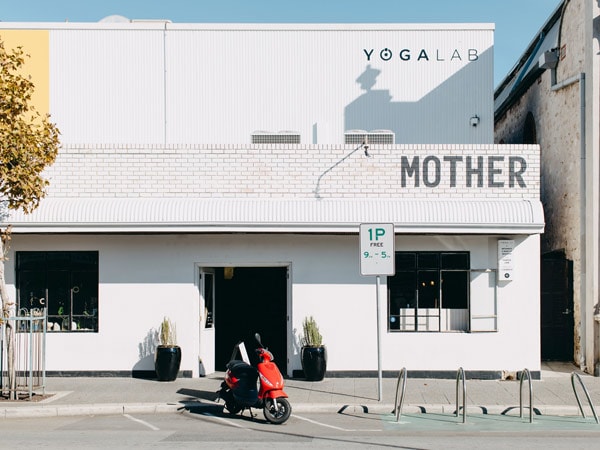 The former warehouse is now a community hub.