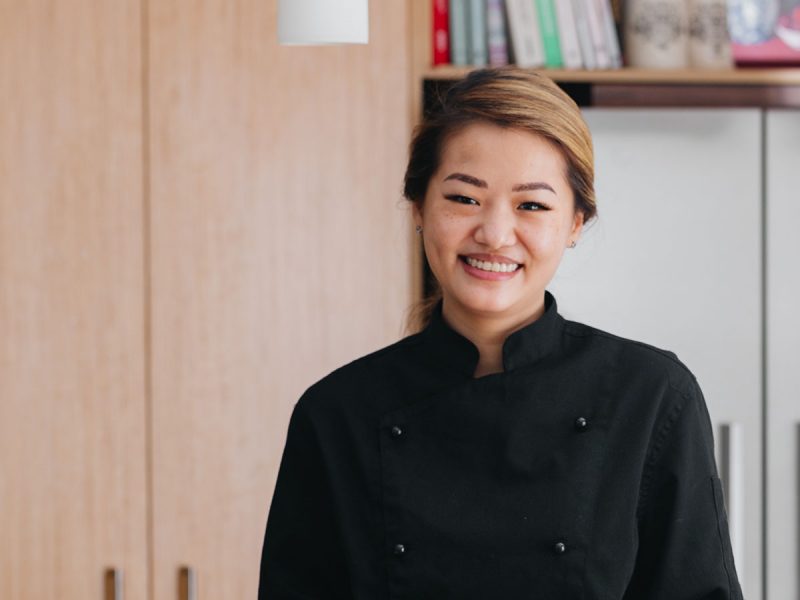 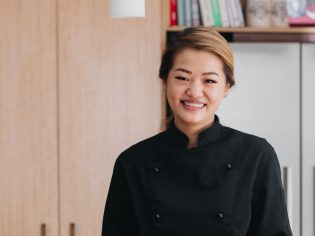 Amanda Yong is the Perth-born, Singaporean-raised chef helping to create delectable desserts in the kitchen at Cooee, which is listed in the WA Good Food Guide’s Top 100 restaurants and garnered rave reviews since it opened in 2020. As the restaurant’s part-time pastry chef, Yong says she loves to make desserts that rotate with the seasons and celebrate the state’s bounty. Yong works alongside head chef Steve Finch and the Cooee pastry team on creations such as strawberry sorbet and roasted plum Paris-Brest.

“The produce in Western Australia really excites me. I have been back living in Perth for the past nine years and I have access to the best ingredients a chef could ask for. I love working with strawberries and seasonal fruits, which give you very different results in terms of flavour,” she says. Yong has worked in kitchens since the age of 17, training at Shangri- La Singapore before moving to Salt Grill and Sky Bar by Luke Mangan. Her heady resume also includes stints at both Rockpool and Wildflower in Perth, helming pop-ups at the Angelo Street Market and building her side hustle, Tartes By Amanda, into a successful artisanal brand. 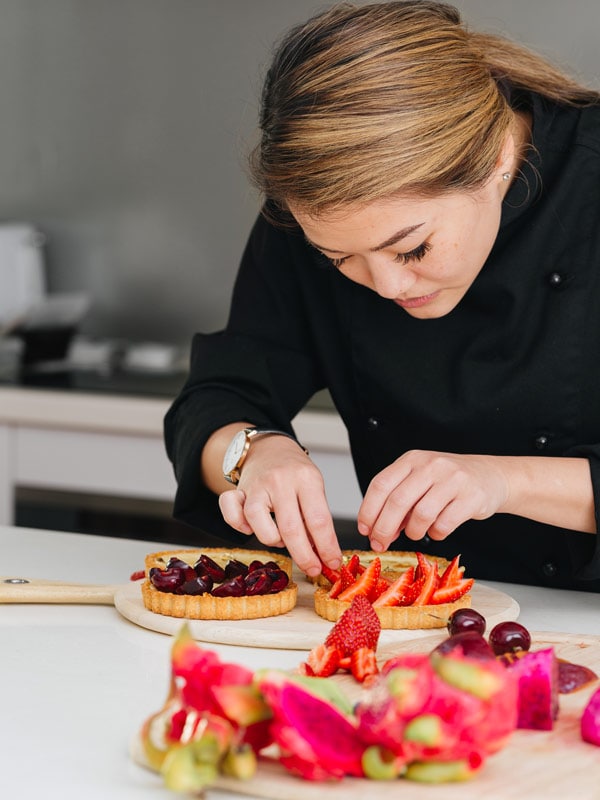 “I love working with strawberries and seasonal fruits, which give you very different results in terms of flavour.”

“I specialise in one kind of tart. It’s a baked cheese tart with different toppings such as seasonal fruits, kiwi, strawberries, raspberries and plums. You can get my tarts online in WA or at the Angelo Street Market once a month,” she says.

Singapore is known as the ‘Garden City’ and when Yong first moved back to Perth she says she spent a lot of time at Kings Park and Botanic Garden as she “gravitated toward the greenery”. Yong also chose to live in the inner-city suburb of East Victoria Park, 10 minutes from Perth’s CBD, because she says it felt like “a little bit of Singapore in Perth”. 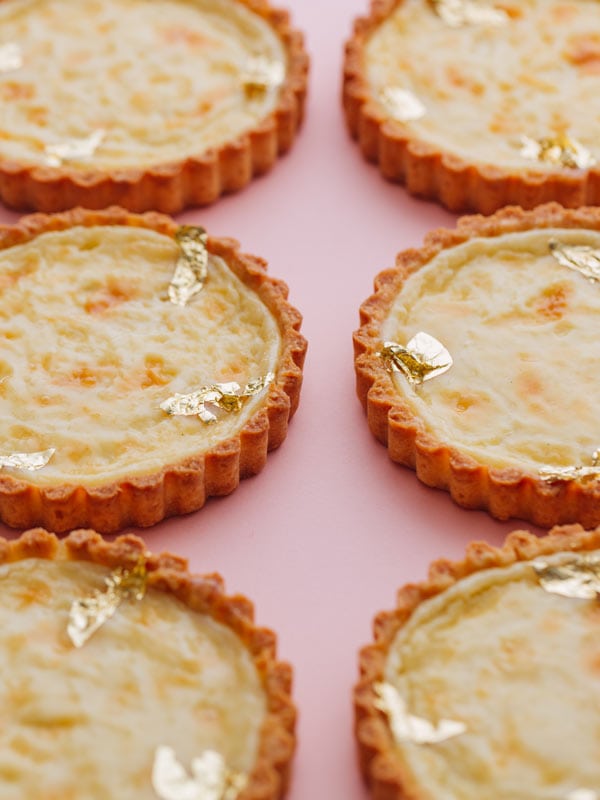 “I specialise in one kind of tart. It’s a baked cheese tart with different toppings.”

“I love living in East Victoria Park. I really like the lifestyle. It’s very multicultural and that’s why I like to live there. It reminds me a bit of home. You can get all kinds of food there, from Lebanese to Indonesian to pizza, pasta and Indian food. I also love it for its proximity to the parks,” she explains.

Ever the innovator, Yong is also busy reimagining how the Perth food scene looks by co-founding Project WOMN Inc, which hosts fundraising functions that support female chefs while raising money for non-government-funded charities that help women, children or families in need. 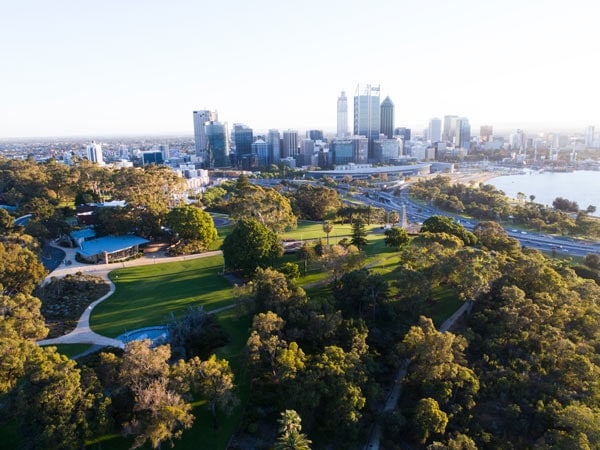 When she’s not tinkering with recipes, cooking at Cooee, or hosting charitable events, Yong likes to revisit some of her favourite haunts in Perth and surrounds. (Image: Tourism Western Australia)

When she’s not tinkering with recipes, cooking at Cooee, or hosting charitable events, Yong likes to revisit some of her favourite haunts in Perth and surrounds. “I like to start the day with a morning coffee and donut at Chu Bakery and Donuts in Highgate. I have also had really memorable meals at Mandoon Estate, a beautiful winery in Caversham, and of course at Cooee, overlooking the Swan River.”

Yong says the city’s drinks scene has done a lot of growing up over the past decade. “My favourite dive bar is Sneaky Tony’s, where you need to knock on a door and provide a password to get in. There’s also a place called The Volstead Lounge that I love. Once you push open the door you enter this high-end classy lounge that feels more New York than downtown Perth.”