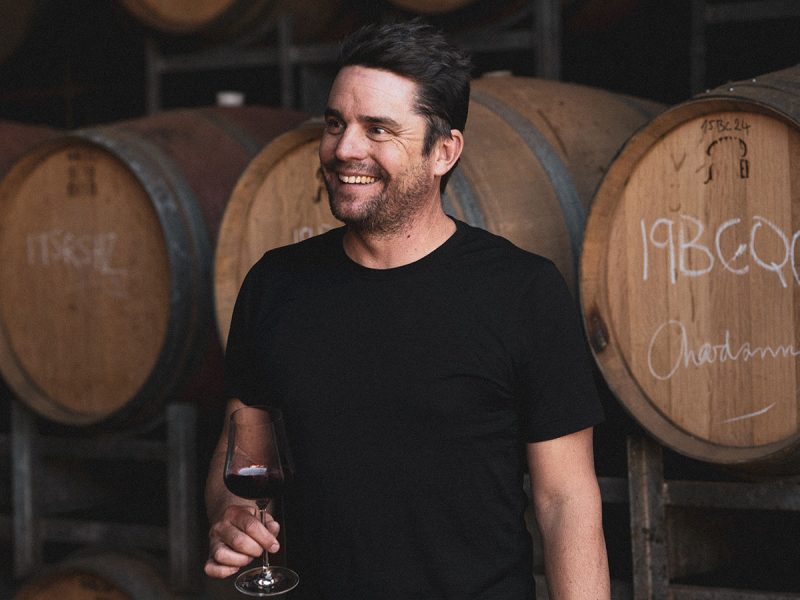 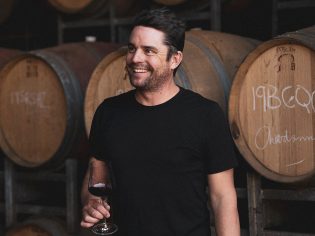 Ben Gould, Vigneron at Blind Corner Wines in Quindalup shared about growing up in WA and his passion for winemaking.

You grew up in WA, where your dad bought a vineyard back in 1991 (which he later sold). What inspired you to go down the same path?

I started working in vineyards in 1997. Dad decided to build a winery the next year and hired a winemaker who I worked alongside during harvest. It was exciting. All of your senses are firing during vintage. I was hooked and enrolled at Charles Sturt University in Wagga Wagga to study the art and science of winemaking. 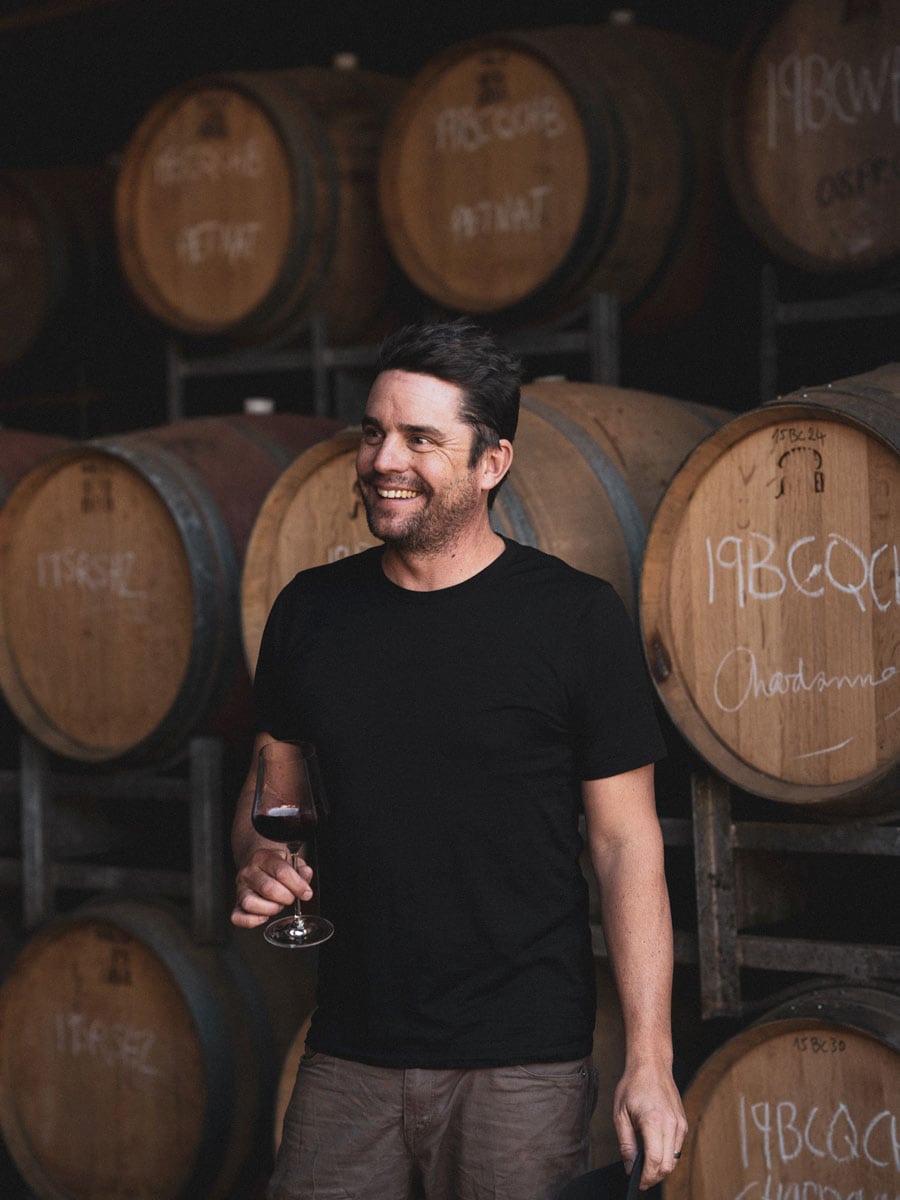 You travelled around Europe with your wife Naomi visiting as many wine regions and surf breaks as possible. What Old-World techniques did you learn?

It all starts in the vineyard. The vines are the heroes. Keep the vines happy and the soil and surrounds healthy and diverse and the rest follows. We learned to trust in the hard work done in the vineyard and shepherd the wine to express its own sense of place instead of forcing it someplace else. We were inspired to make wines with no additions, but combined with modern knowledge and experience to create top drops that are expressive, vibrant, fault-free and long lived. 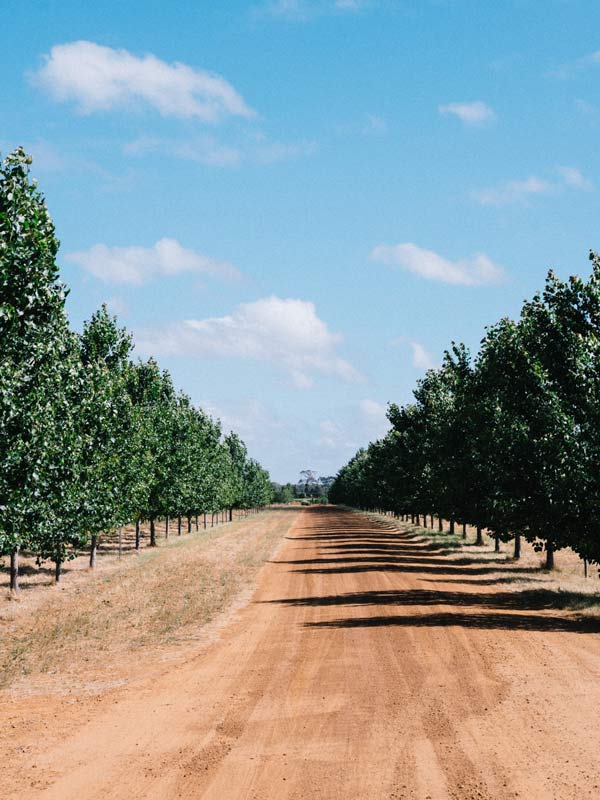 “It all starts in the vineyard. The vines are the heroes.” (Image: Olive Lipscombe)

Can you put Quindalup in context for us?

We are situated in the north of the region, only four kilometres from Geographe Bay and 14 kilometres or so to the ocean in the West. We have less rainfall than Margaret River town and we have more sunshine through summer. It’s a win-win. More beach days.

What did you love about growing up on a property near Pinjarra?

It was great growing up in the bush, building cubby houses and treehouses, exploring the lake and generally being a ninja. Later, when I moved to Fremantle for high school, I enjoyed fishing off the jetty, squidding and swimming, along with holidays in Dunsborough. 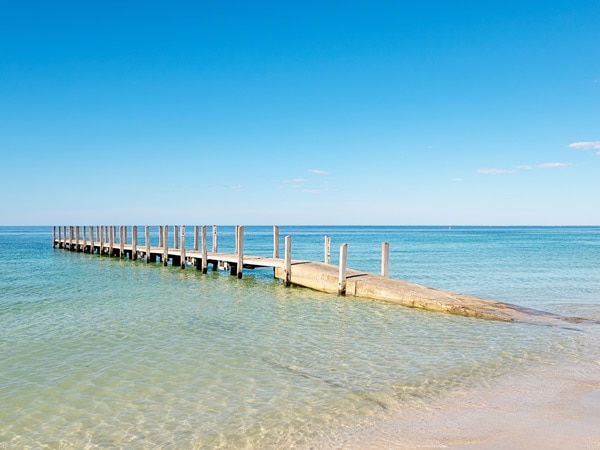 “I enjoyed fishing off the jetty, squidding and swimming, along with holidays in Dunsborough.”

In your opinion, what are the best things to do in WA?

Broome, Esperance, Rottnest Island, Ningaloo Reef, the gorges of Karijini, wandering round the old buildings of Fremantle. The beaches really are the best here. I keep the other stuff a secret.

Why do you choose to live where you do?

After all of our travels we have not found a place that equals Margaret River for growing vines so close to amazing beaches. The area is pristine in so many ways. Forests, caves, coastline, amazing produce. 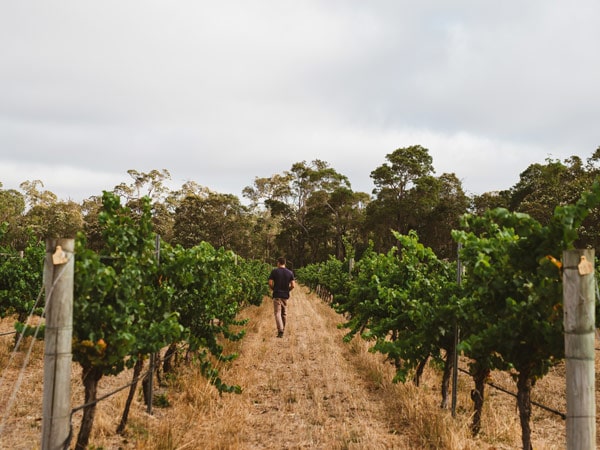 After all of our travels we have not found a place that equals Margaret River for growing vines so close to amazing beaches. (Image: Derek Mcdonald-Lee)

Do you have any favourite spots that you always take out-of-towners to?

The natural spa at Injidup is a great spot for its rugged, natural beauty. It’s a lot of fun to see how many people you can fit in a small shallow rock pool while trying to take Instagram-worthy selfies. We also like to head to Wild Hop Brewing Co. or Beerfarm brewery, Si Vintners for a glass and a yarn on the grass and to Settler’s Tavern for a pint and a burger. Bungalow Social is a favourite evening venue, with great wood-fired pizza and an ever-changing wine list featuring some local legends [like us … ha ha].

What are some quirky things to see and do in Quindalup that aren’t in the guidebooks?

Driving around the farms and seeing the hay bale art. The Bluey and Bingo ones are the best so far and they light them up at night. The Minion ones are good also.