043 Worship the Gods of the Beach 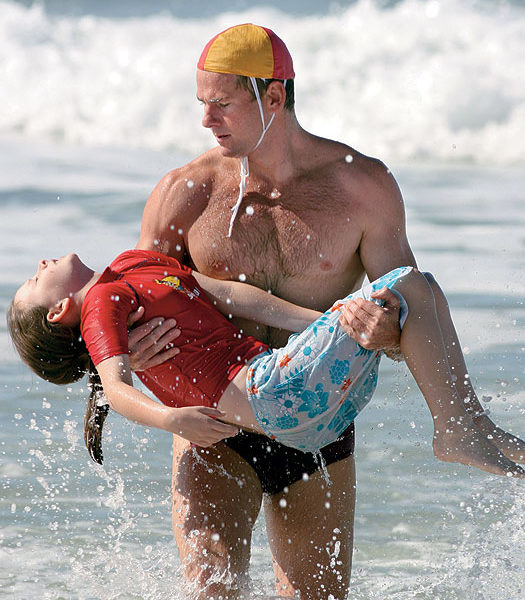 Grab your towel and togs, slap on some sunscreen and check out the oldest continuous movement of its kind in the world.

This is history made easy. To check out this oldest continuous movement of its kind in the world, grab your towel and togs, slap on some sunscreen, go to the beach – et voila!

At last count there were nearly 130,000 volunteer Aussie surf lifesavers – which also makes them the world’s largest volunteer-based surf lifesaver movement. The red-and-yellow caps patrolling our beaches are as iconic as they come, with roots reaching back all the way to 1907. And Bondi Beach is where it all – officially – started.

Bondi Surf Bathers is our country’s oldest surf club, at least according to Surf Life Saving Australia. Some of the SLSA’s seven founding clubs might dispute that, but as SLSA spokesman Sean O’Connell says: “It’s a little bit of the myths and legends of surf lifesaving.”

The hunky volunteers can be found on any major beach across our continent. Their clubhouses range from fancy and sophisticated with bistros and restaurants (mostly in Queensland) to the minimalist and barren shipping containers of the NSW South Coast. (NB: They don’t prefer the containers; they’re just waiting for their clubhouse to be built.)

Some remote clubs are accessible only by foot – in the Royal National Park for example. And, of course, our surf lifesavers are the toughest in the world: we’ve won all but one of the biannual international championships – the Olympics of surf lifesaving.

AT has also been told they regularly wrestle with crocs and marine stingers up in the NT. Truly they are gods of the beach and, with our lives in their hands, guardian angels of the surf.

Where // Beaches around Australia, in particular Bondi Beach and other beaches around the eastern suburbs and Manly which founded the movement.

Did you know? // In 1980 the first women were allowed to join surf lifesaving clubs. Nowadays the clubs, with several generations of members from as young as five to well into their 80s – represent pockets of Australia’s most culturally and linguistically diverse backgrounds.