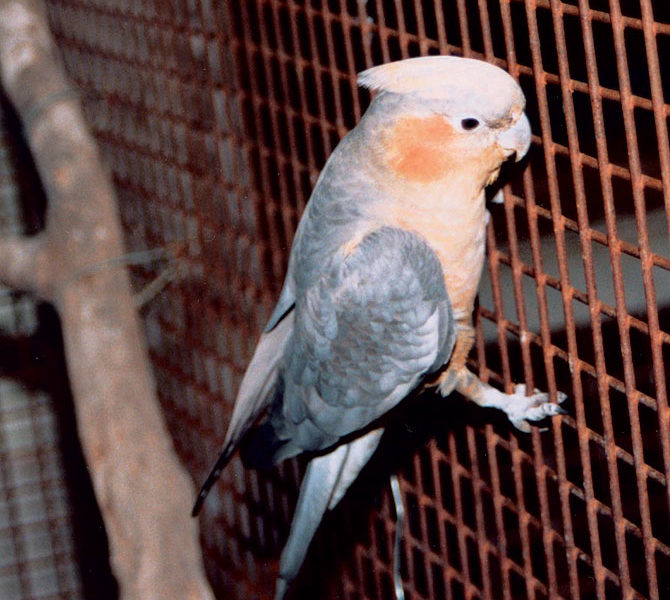 Take a hike, kookaburra. Move over, emu. There’s a new contender for the throne of Australian National Bird.

If you were asked to genetically whip up a bird that sums up “Australia”, you’d probably try to splice an emu with a kookaburra and end up with a lab full of angry birds, some serious scratches and a stern rebuke from the RSPCA. But how about this for a true blue hybrid? Take one cockatiel (the smallest of our endemic cockatoo family) and one galah and pop them in a cage together. Make sure they’re of the opposite sex, then turn your back. What you’ll get, experts say, is absolutely nothing – 99 times out of 100. However, by some rare fluke of interspecies tolerance, one woman achieved the virtually impossible and accidentally bred in captivity a successful cross between a galah and a cockatiel – the first and only one of its kind (so far).

For a 2005 article for Talking Birds Newspaper, editor Lloyd Marshall photographed the ultra rare bird (above) and reported that world renowned parrot expert Joseph Forshaw certainly never forshaw such a creature as the “Galatiel”.

But seeing is believing and now Australia is the sole proud owner of this world-first avian miracle. “He’s very quiet and friendly and I’ve been offered $15,000 for him,” said owner Nikki Wann at the time of Marshall’s visit. “But people have told me he’s worth a lot more because he’s the only one in the world.”

Where // Last we heard, Nikki Wann, owner of the Galatiel, lived in Brewarrina, 100km east of Bourke in NSW.

Did you know? // According to AT reader Kylie Jones, female cockatiels have a sort of mini-stroke when they re-absorb an egg before laying it. Their heads loll to one side for a day or two then, happily, they recover.