085 Toss two in the air for the ANZACS 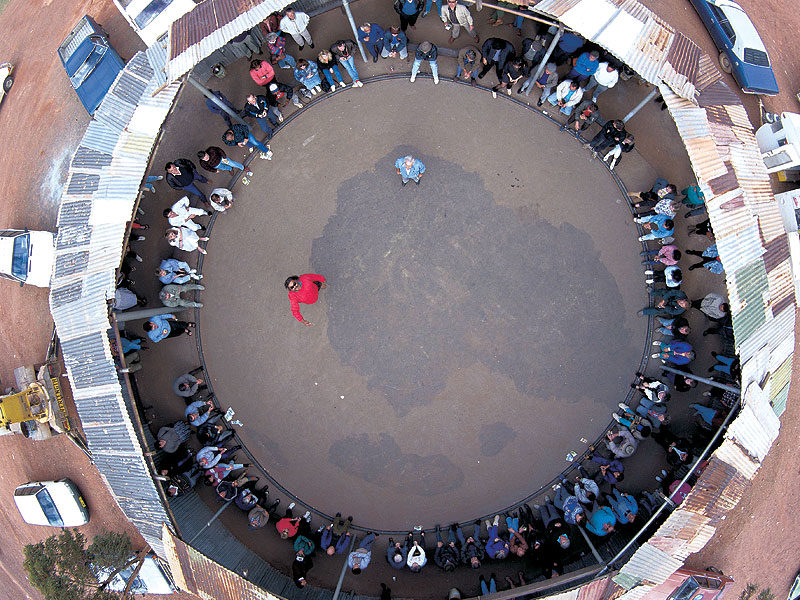 The coins are tossed, the air is heavy with anticipation, silent prayers fill the ring, the dust settles, the crowd roars . . . two-up time

The coins are tossed, the air is heavy with anticipation, silent prayers fill the ring, the dust settles, the crowd roars . . .

It’s been called many names – “Chuck Farthing” and “swei” to name just two – but for many the Aussie invention has only one title: Two Up, a national institution and one of Australia’s favourite games.

Some believe it was first played by convicts in Sydney’s Circular Quay and The Rocks district, others say out on the goldfields, nonetheless this pastime for the Australian and New Zealand troops in WWI and II is now legal only in Broken Hill, Kalgoorlie, some casinos and on ANZAC Day, Remembrance Day and Victory in the Pacific Day.

Games are played with between two and five pennies lying flat on a kip (a flat wooden bat), with each tails side marked by a white cross. The ringkeeper elects a “spinner” to enter the ring to toss the coins in the air. In casinos you must bet against the house, but the Diggers’ version sees punters allowed to bet among themselves, a frenetic exchange with much bellowing and gesticulating. The outcome is decided when a majority of coins lands on the same face.

Where // Various venues all around Australia on ANZAC Day (April 25), Remembrance Day (Nov 11) and VP Day (August 15). Two-up also remains legal in Broken Hill and Kalgoorlie. The Australian War Memorial website has further info, including rules and a glossary. www.awm.gov.au

Did you know? // In the days when illegal games of Two Up were more widespread, the person who’d look out for police was called the cockatoo, and the house reserved the right to invalidate the outcome of any game disrupted by civil commotion, fire, riot, brawl, robbery or an Act of God.