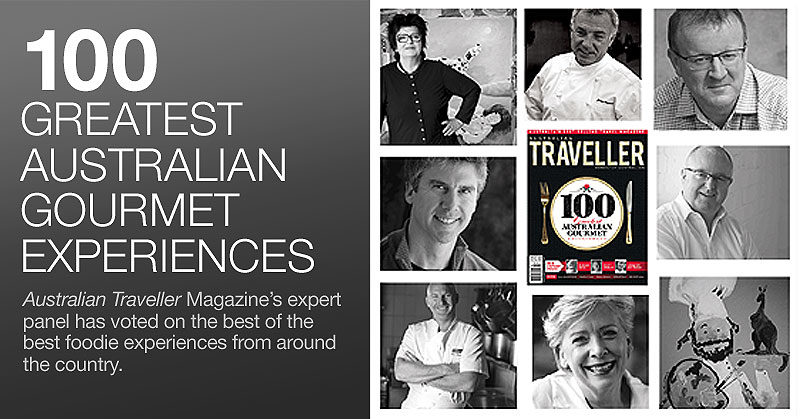 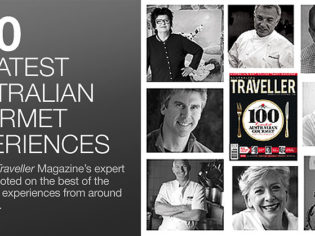 Over the span of Alla’s career, Lake House has won every important national hospitality award, as well as several international ones.

Aside from steering the team at Lake House, Alla participates in guest chef programs all around the world, including James Beard House in New York, and is a director of the board of Tourism Victoria and a member of the Victorian Food & Wine Tourism Council.

The Melbourne Food and Wine festival has awarded Alla the title of “Living Legend”, and she is also the recipient of The Age Good Food Guide Award for Professional Excellence.

Jacques Reymond’s Melbourne restaurant is the city’s top restaurant and one of only two to be awarded three chefs hats in The Age Good Food Guide.

Jacques landed in Australia with a splash in the 1980s, by way of several important French establishments such as the three-Michelin-starred L’Oustau de Baumaniere in Provence and his family’s own Michelin-starred hotel in Burgundy.

He’d also spent time immersing himself in Spanish and Brazilian styles, before bringing the full inventiveness of his visionary cooking to bear on the Australian food scene.

He worked for a time at Mietta’s, established his own restaurant in Richmond, then settled in 1992 into the Victorian mansion in Prahran from where he runs the kitchen at Cuisine du Temps.

One of regional Victoria’s most respected chefs, Michael Ryan is the current co-owner of Provenance Restaurant in Beechworth.

With a background in the field of chemistry, Ryan has been involved with restaurants in other states, but after being invited to become head chef at the Milawa Cheese Factory in 2001 he has since remained in northeast Victoria.

In 2005 he earned his first chefs hat award at The Factory, following that with awards at Warden’s Food and Wine in Beechworth, then in 2006 opened his first restaurant with partner Jeanette Henderson, Range, which again won chefs hats, as well as Country Restaurant of the Year in 2008.

Now, with Provenance, Ryan’s success continues with a chef’s hat in its first year, and Best New Country Restaurant.

A former chef turned food writer, Matthew Evans is one of Australia’s foremost experts on all things culinary.

He has penned several books, thousands of reviews for The Age and SMH, and a regular column for The Good Weekend.

Feared and revered by restaurateurs around the country, Matthew’s critical palate and flamboyant writing style has landed him in hot water in the past; he was famously sued by a Sydney restaurant for a bad review he wrote in 2003, but in late 2009 was found to be innocent of defamation.

Clearly he is not a panellist to be trifled with.

The original celebrity TV chef, Peter Russell-Clarke has been a cook and artist all over Australia since time immemorial.

His culinary tales and adventures are the stuff of foodie folklore, even cooking for Prince Charles’ Silver Jubilee Dinner.

He has published more than 35 books, has written, produced and presented an uncountable number of TV shows for the ABC, and will remain a beloved cultural icon for food and art in Australia.

Highly regarded both locally and internationally for his knowledge and ability to source unique food products of the highest quality and integrity, Simon Johnson opened the first of his famous eponymous showrooms in Pyrmont in 1992, boasting Australia’s first walk-in, specialist, in-store fromagerie.

Since then, eight more Simon Johnson stores have sprung up around the country, catering to shoppers with an interest in rare and premium quality produce from around the world.

Simon himself has also trained as a specialist international olive oil tasting judge and is regularly to be found wielding his expert opinion on panels across the Australian wine and cheese industries.

From humble beginnings at The Paddington Inn in 1991, Matt has flourished into one of Australia’s most-recognisable culinary talents.

Recognisable first and foremost through his stints with Masterchef, My Restaurant Rules, The Chopping Block and a score of regular radio segments and print columns, Matt’s contribution to Australian cuisine is just as prolific.

Matt now divides his time between the two, while also lending his energies to writing cookbooks, appearing at cooking schools, and the multitude of other commitments that have secured his place as an Australian gourmet icon.

Pioneering doyen of regional food, whose Barossa Farm Shop has become a Mecca for all self-respecting foodies, Maggie Beer has been at the forefront of Australian produce for more than 40 years.Besides being recently named Senior Australian of the Year, Maggie is famously the host of The Cook and the Chef on the ABC.Her best-selling books – including Maggie’s Table, Maggie’s Kitchen and Maggie’s Harvest – are household staples across the country.

A proud resident of South Australia’s gourmet-rich Barossa region, Maggie runs her expanding empire from her Farm Shop on the original grounds of the pheasant farm she and her husband Colin set up in 1978.