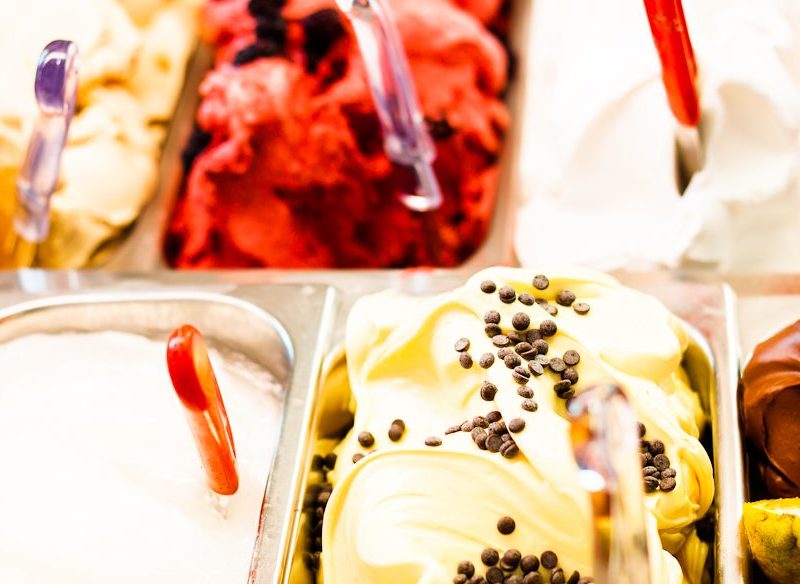 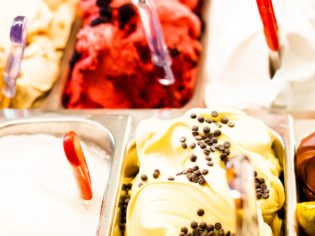 Traditionally we’ve all screamed for ice cream in the Australian summer… but now the arto of gelato is a serious reason to make a daytrip to one of these experimental taste emporiums. Expect a queue at some of these 9 fan gelato bars, but also expect it to be worth the wait too.

1. Cow and the Moon, Sydney

Since taking out the Gelato World Tour title this year in Italy with its Mandorla affogato flavour, the lines at the family-run Cow and the Moon café in Enmore have run down the street and into the papers.

Venture around 55 kilometres out of Darwin to find this family-owned shop on a property that grows mangoes and other delicious tropical fruits. Buffalo Vanilla ice-cream is a popular pick and you can savour the flavour while taking in a flick at Darwin’s famous Deckchair Cinema where the delicacies are sold. They’ve also just opened a kiosk at local swimming hole, Berry Springs.

If you’re hovering around the Perth Cultural Centre this summer, cruise past the scoop wagon – a converted Airstream caravan that doubles as a shop, slinging out all your Ben & Jerry’s favourites.

If Noosa had children, we dare say they’d be named summer and ice-cream: the main drag of Hastings is littered with shops selling the stuff. But there’s only one place locals flock to for a scoop or two and that’s Massimo’s. Take one waffle cone, add a scoop of coconut and a scoop of mango, top with a walk along Main Beach and there you have it: instant summer memory.

If you’re traversing the Great Ocean Road on Australia Day, pop your mug in here to taste the special Aussie day flavours – such as vegemite, weet-bix with banana and honey, and iced vovo. Oh, come on – it’d be un-Australian not to try at least one…

This little shop in the seaside town of Bermagui, NSW, is packed with sandy-footed families during summer. Made with mostly locally grown, organic fruit, they conjure up tasty treats such as blood orange and macadamia, and if you have a spare kilo of fresh fruit laying about you can swap it for a scoop of your favourite frosted flavour.

You’ll find endless decadent tubs of whipped, creamy gelato in this open-air store, set one street back from Bondi’s golden shoreline. When summer rolls around, backpackers and hipsters can be seen jostling for a taste of the traditional Italian-style gelati.

A must for a pit-stop on your way to, or from, Cape Tribulation is this humble institution. Sample tropical fruit flavours like black sapote – commonly referred to as ‘chocolate pudding fruit’ – and jackfruit, with flavours resembling banana and pineapple.

Each and every week at Australia’s most outrageous gelato chain chefs are given between three and five hours to experiment with new flavour combinations – like their recent ‘red velvet’ concoction (cream cheese gelato with red velvet cake). We wouldn’t be surprised if it was during one such session that their latest idea, the Messina Dessert Bar was dreamt up – a one-off concept store that’s opened just in time for summer. See gelatomessina.com